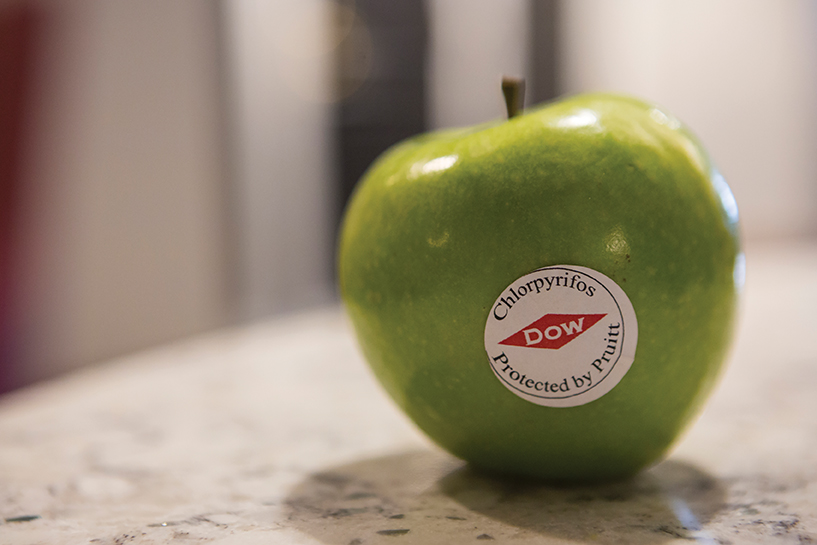 On May 5, pesticide dispersion contamination occurred south of Bakersfield, Kern County, when farmers were in the process of harvesting cabbage when they began to feel bad.

According to a local television report, the pesticide odor came from a mandarin orchard west of the cabbage field that had been sprayed the night before with Vulcan, an organophosphorus-based chemical, which is applied to the soil. At least twelve people reported symptoms such as vomiting and nausea, and one person had a fainting spell. In the end, more than fifty people were exposed. This is just one example of what is happening in many peasant communities. The danger is real.

The most shocking part is that while during the Obama administration, the active ingredient in the insecticide to which these workers were exposed – Chlorpyrifos – was banned by the Environmental Protection Agency (EPA) last March , That prohibition was revoked. The EPA said there is not enough concrete evidence. However, it is reported that Chlorpyrifos causes severe neurotoxic symptoms in case of direct contact, inhalation or consumption.

For more than fifteen years, its residential use was banned, although it is still allowed in agriculture. This should be suspended.

Many people do not realize that those who work in the field and are exposed to pesticides suffer from an increased risk of cancer. This is one of the reasons why I wanted to participate in the ‘Man and Woman of the Year’ contest organized by the Leukemia and Lymphoma Society, which helps raise awareness by raising funds for blood cancer studies .

As a candidate, I will compete with other candidates for the national title; The winner will be the one who collects more funds.

This is an opportunity to help raise the voice and raise awareness of the dangers all peasants face, as well as help stop the cancer that is shortening the life of the workers who provide what we eat.

It is a cause very close to my reality: in 2002, my father, Sebastián Sánchez, who worked in the fields of the Salinas Valley, died of Hodgkin’s lymphoma.

As a former peasant who has worked in the fields of the Salinas Valley, I have experienced in my own flesh the impact of pesticides, which continue to affect those who work the field. I remember one day when along with other peasants I was sprayed with pesticide while we worked. I thought it was starting to rain, but I looked up and saw a small airplane spreading pesticides.

I will always fight for a cause without a voice. My essence is peasant. I miss my father a lot.

Victoria Sánchez de Alba is consultant in communication in the Bay Area. Her work in raising awareness of the dangers of pesticides in the fields has allowed her to be nominated for the San Francisco Woman of the Year Award by the Leukemia and Lymphoma Society.