In times of doubt the importance of photojournalism is certain 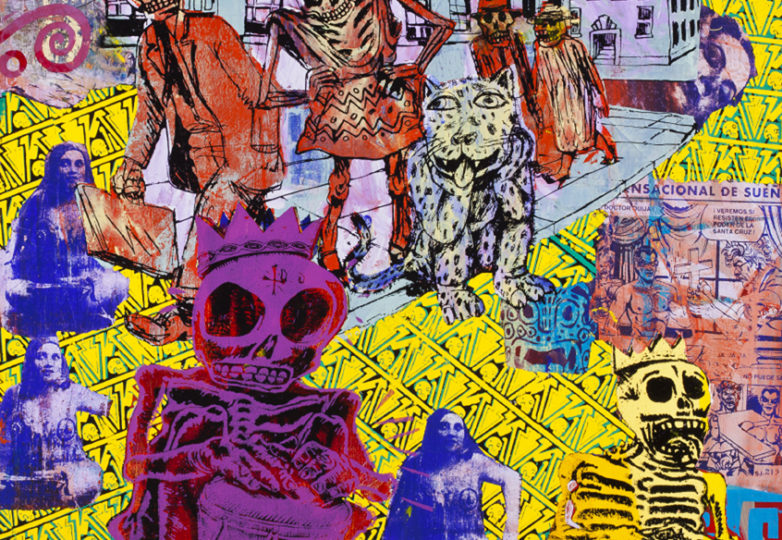 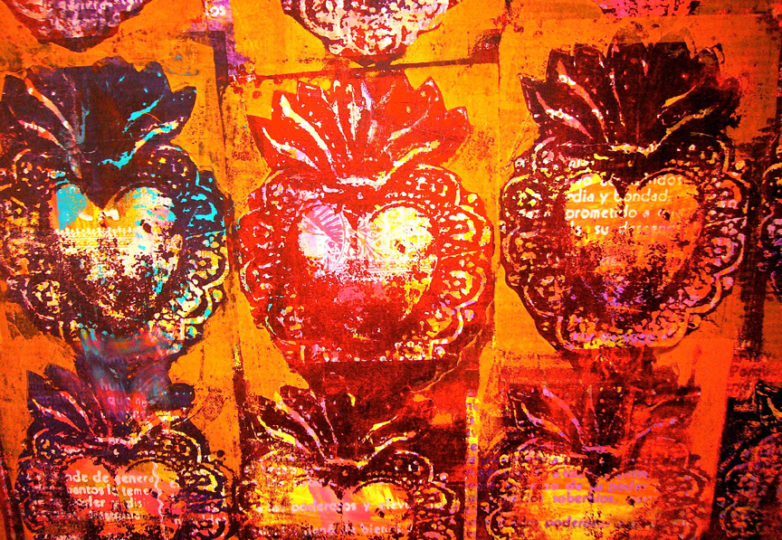 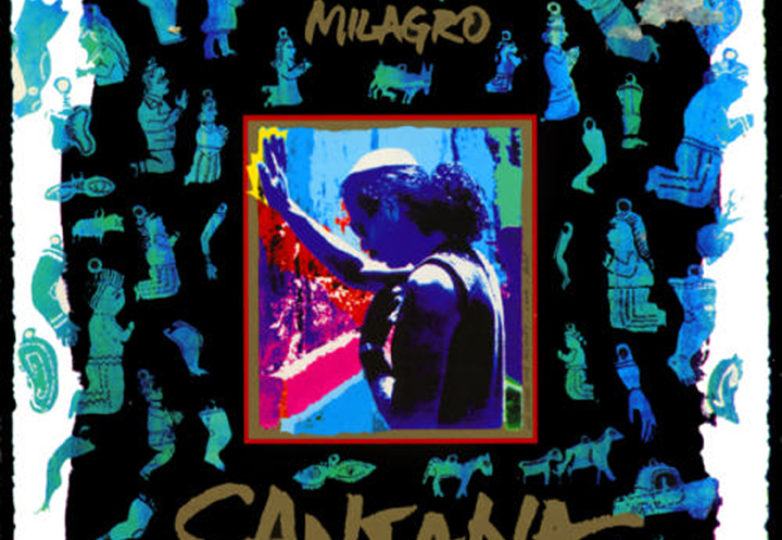 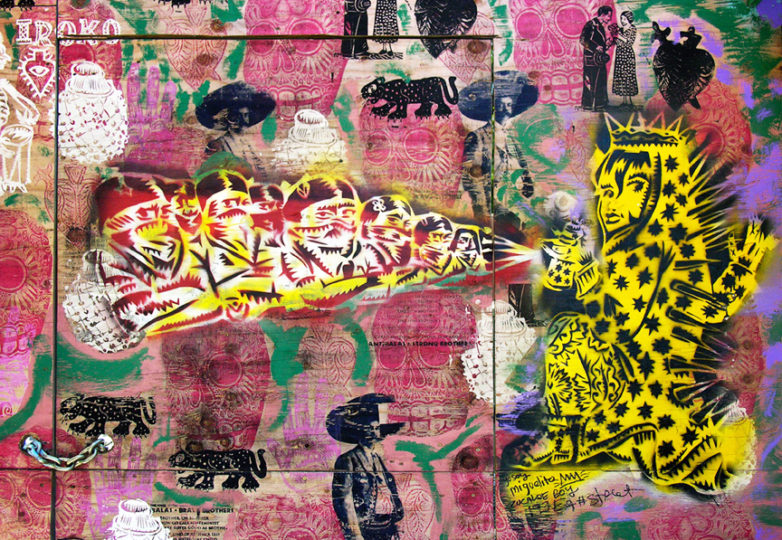 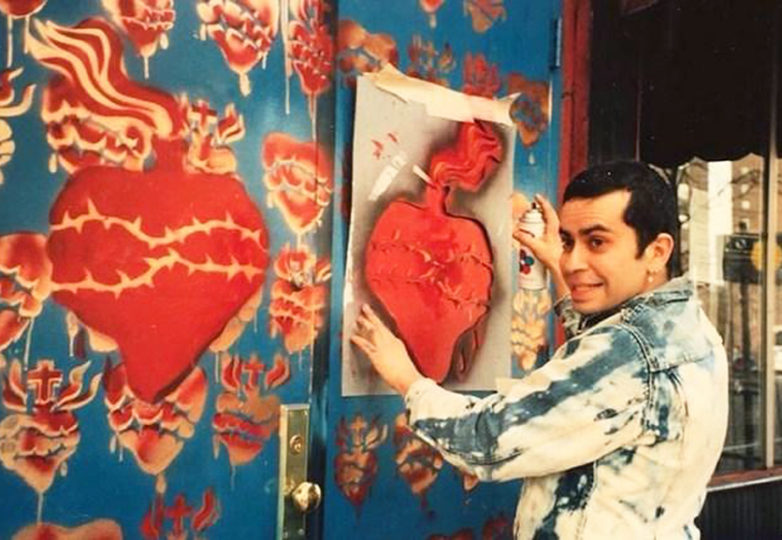 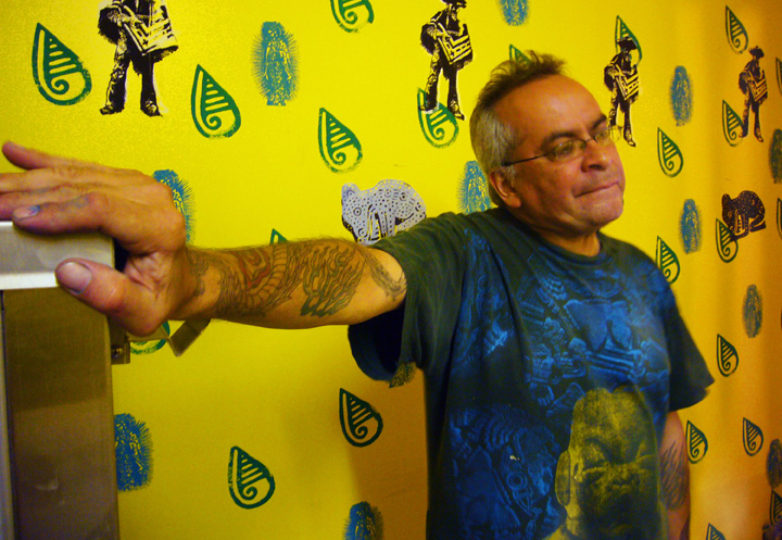 The world is mourning the death of iconic Chicano artist Michael Roman, who died on Monday, Dec. 26. He was 60.

“Michael Roman, after long suffering from many health challenges, died with dignity and grace, in my arms, as I held him and prayed that his journey would be full of love,” said artist Kate Rosenberger, who announced Roman’s passing. “He struggled for many years with the light and dark in the world, and in his soul now he is at peace.”

As news of his death spread, Roman’s spirit was resurrected online with mourners from around the world sharing their memories rich in stories and imagery, marking the loss of a major creative force.

Roman was an artist propelled by a sacred madness for beauty, who pioneered a “punk Latino wild style.”

“He drew a great and jagged arch across the Mission that connected the visually generous and hugely inventive political art of Latin America with the dire and immediate street art of urban America,” said artist Patrick Piazza. “Although he was under-recognized … Michael’s work was so ubiquitous in the Mission that many people had no clue about who he was or what a huge contribution he made to the art milieu that makes the Mission what it is.”

Born and raised in Whittier, California, Roman moved to New York City’s Lower East Side in the early 1980s. He quickly became a stencil graffiti legend, a fixture in the exploding downtown art and club scene.

As a bicycle messenger, he met renowned artist Andy Warhol while delivering transparencies and joined the crowd at Warhol’s studio, The Factory. Roman made art with luminaries such as Jean-Michel Basquiat, Keith Haring and David Wojnarovich. He made designs for Betsey Johnson and Kate Spade, and exhibited work at venues such as Gracie Mansion, Ground Zero, Bruno Fracetti and B-Side. He was featured in magazines such as “Red Tape” and “Paper.”

His breakthrough moment came in 1985 when he designed the skull motif for Madonna in her film “Desperately Seeking Susan.” Although he wasn’t fully credited until years later, the design helped set the stage for Madonna’s style and is now considered one of Roman’s signature works.

Roman’s genius was a free falling universe of audacious images and ideas, where sweet courtships meet fierce gods and sex goddesses dance with vipers in his underground world of monsters and marvels. His imaginative mixture of traditional symbols and off-register silkscreen, deliberately clashing hot and sweet hues to make a surreal mash-up of modern life.

“I instinctively use background patterns because I worked in fashion in New York. It’s almost like a pinball game,” he said. “You make it light up. It’s how you make it different every time. I have been blessed to work with Carlos Santana and get to play this game.”

Santana was a close friend and patron since 1989 when he hired Roman to work at the Mission Cultural Center and relocated him to San Francisco. Their long creative relationship yielded signature costumes, sets and album covers, including Santana’s 1992 album, “Milagro.”

“I like to be contemporary and raw, honoring the traditions and rebelling,” Roman often said. “I love to work in Oaxaca where art reflects the land, very red and brown, like in a Mexican church or a shaman cave. I know how to make inks rise—get a surface going.”

For Roman, no surface was safe. Upon moving to San Francisco, he became a major contributor to the Mission street art culture, his distinctive themes including milagro eyes, turtles, and mermaids on construction fences, posters, fashion and most famously the Frida Kahlo pizza boxes.

“I met Michael Roman in 1994 in the Mission Cultural Center when he had just arrived from New York,” artist Calixto Robles said. “He printed on anything, with those bold stencil cut outs that only he could do. He was wildly creative and always was producing work. It is an honor to have met him and I will miss him.”

In his final days, a diverse creative community of silkscreen artists, poets, writers, humanitarians, organizers and neighbors came to visit, surrounding the beloved artist in appreciation. And despite the holidays, a large circle of caregivers came together to take care of Michael and help his compañera Kate. Social media buzzed from the Lower East Side to Oaxaca with the lagrimas of his friends and fans.

In tribute, San Francisco Poet Laureate Alejandro Murguia called Roman “one of the most outstanding, productive and original artists working in San Francisco at the moment. His work combines overlapping ancient motifs from many cultures, such as India with Pre-Columbian patterns, in a style that is visually stunning and contemporary, creating a template that few artists can match.”

“There will be no more Roman shirts to cover our backs,” said photographer and friend Linda Wilson, who added that “many in the Mission and beyond believe Michael is dancing with his angels, the demons left behind.”

There will also be no more tapestries of milagros, heroes, saints and sinners, icons and iconoclasts, so covet the precious Romans you have, now talismans of dreams and memories.

“Michael Roman painted an insurrection by re-ordering and projecting the cosmos in a riot of intense color,” Piazza said. “He populated the heavens with the most vulnerable among us and created a burlesque out of the stated order of things.”

A celebration for Michael Roman will be held Friday, Feb. 17, 2017, at St. John Coltrane Memorial Church, located at 2097 Turk Street in San Francisco. All are encouraged to wear and share Michael Roman clothing. Please contact Kate Rosenberger through www.michaelroman.net for further information.