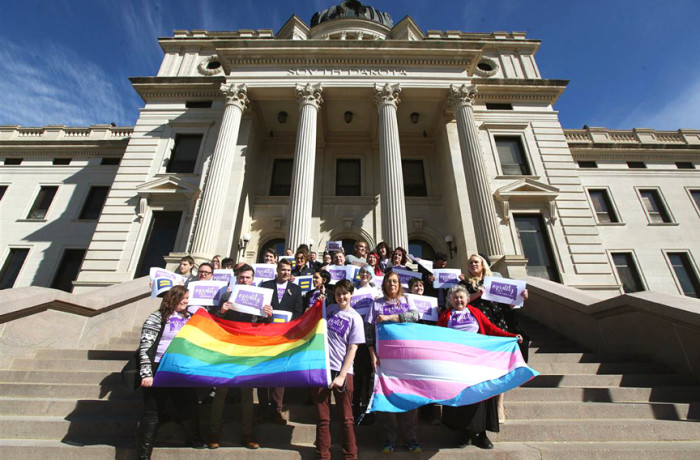 Representatives from the Center for Equality, American Civil Liberties Union of South Dakota, LGBT supporters and members of the Human Rights Campaign stand on the front steps of the State Capitol, on Feb. 23, 2016. Photo via Time.com 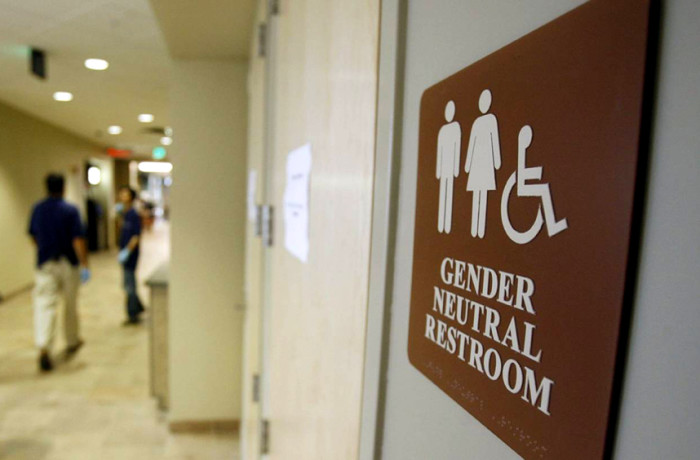 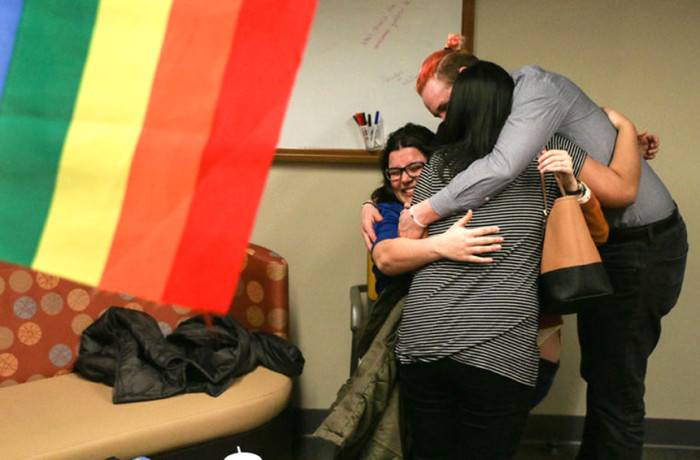 For Rexy Amaral, the moment she was crowned Mission High School’s prom queen was a powerful statement from the school community in validating her identity.

“That was the ultimate way of being told, ‘We support you and we are not going to push you to be someone who you’re not,’” said the Mission High alum, who emigrated from Mexico seven years ago and self-describes as a proud trans-woman.

Although people like Amaral are largely accepted in San Francisco, the reality for trans-youth throughout the rest of the country is vastly different.

In South Dakota, for instance, legislators approved House Bill 1008 which legally enforced that the use of restrooms and other facilities in schools correspond to one’s biological sex. The bill, which was vetoed by Gov. Dennis Daugaard on March 1, would have been the first law passed specifically targeting transgender youth access to restrooms that fit their gender identity.

“I respectfully return to you House Bill 1008 with my veto,” read the statement issued by Daugaard. “House Bill does not address any pressing issue concerning the schools of South Dakota.”

Groups who actively support legislation such as HB 1008 reason the presence of someone in a restroom whose assumed biological sex is not consistent with the bathroom’s label violates privacy.

In 2014, Gov. Jerry Brown approved Assembly Bill 1266, which allows transgender students to participate in sex-segregated activities and use facilities consistent with their gender identity.

Following the passage of AB 1266, the group Privacy For All Students formed specifically to reverse the bill, as stated on their Facebook page. When asked to comment how the law violates student privacy, the group did not respond.

In April 2015, the Privacy For All coalition attempted to place a measure similar to HB 1008 (titled the Personal Privacy Protection Act) on the ballot, but it failed to gather the required signatures.

“As a district, we do not support any law that does not recognize trans-youth as part of the community,” Gentle Blythe, chief communications officer for San Francisco Unified School District, said referring to 1008.

When a transgender student in San Francisco wants to access restrooms corresponding to their gender identity, schools involve parents to accommodate the child’s needs. Often, this means students will use a single stall bathroom, but if they want to use the restroom with their peers, then the school, parents and the students will discuss a solution, according to Blythe.

“Restrooms in most public spaces are triggering and oftentimes violent spaces for transgender and gender non-conforming (GNC) people,” said Moe Ortañez, program coordinator for Lavender Youth Recreation & Information Center (LYRIC), a community organization for LGBTQQ youth. “Many transgender or GNC folks refuse to use public restrooms and wait hours until they get home to use the restroom.”

Ortañez, who works closely with youth in SFUSD schools, pointed out that cisgender people, or those who identify with the sex they were born with, can easily step in and out of restrooms because they were made for people who identify as either a man or woman.

Amaral said educational models still have more work to do in providing representation and inclusion of trans-students in their curriculum, adding she was grateful for attending a high school that supported her and listened to her concerns as a transgender student. She said she remembers entering the men’s restroom as an anxious experience since she had often encountered hostility by males. Comfortable in her femininity, she had used the women’s restroom or gender neutral stalls at Mission High.

“I feel confident in my identity and if a bill such as 1008 were to pass here, it would destroy my confidence and make me feel my identity is wrong,” Amaral said.

When it comes to housing, educators are left behind

For Mission High coach victory is sweet, but it’s all about the kids