The ceremony opened with a series of workshops in different locations on campus, where artists and writers like Paula Nicho Cúmez and Pedro Uc Be gave talks.

“For me, art is my other skin,” said Cúmez, who did a presentation on the arts during the festival. “I first think of what I want to portray, what colors to use and what I convey. Later I sketch it out and then transfer it onto the canvas, it’s like making a Huipil (traditional indigenous tunic). One already has the color in mind, what form and what style, that’s what it is to make a painting.”

With oil on canvas created using the spatula technique, brushes and even her own hands, the Guatemalan artist presented her art dedicated it to the women who inspire her.

Delia Cúmez, Paula’s daughter, also presented at the event with the theme, “Healing our body.” Through creative exercises, she encouraged participants to examine the connection between people and the earth.

“We can listen to our bodies and our connection to the earth and to nature, which at times we have forgotten or don’t know about. We remember our favorite elements of nature and the sensations our body feels to heal. It’s a process to free the body of its tensions,” said the young artist.

For his part, the poet and activist Uc Be carried the conversation on work in the defense and rights of the indigenous population in the Yucatan peninsula.

Within the topics discussed that day, Mayan woven art, the world of the ancient Maya and the Mayan calendar were also featured.

During the event, there was a sale and an exhibit, which centered on artisan pieces made by the hands of Mayan artisans.

The pivotal moment of the festival was when attendees enjoyed the fashion show and traditional dancing, which included the participation of indigenous men and women and featured original designs of Guatemala and Mexico.

To the rhythm of the Jarana Yucateca, three dance groups native to Yucatan, Mexico performed various traditional choreographies. The women wore vibrant dresses and adorned their hair with flowers, while the men dressed in white with traditional huaraches to deliver their best dance routine.

In addition to this, native Guatemalans performed routines representing the culture and dance of their native country. 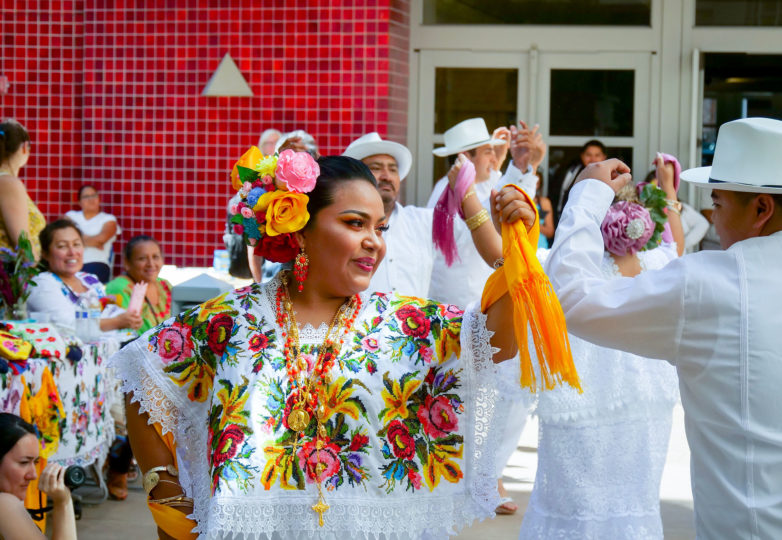 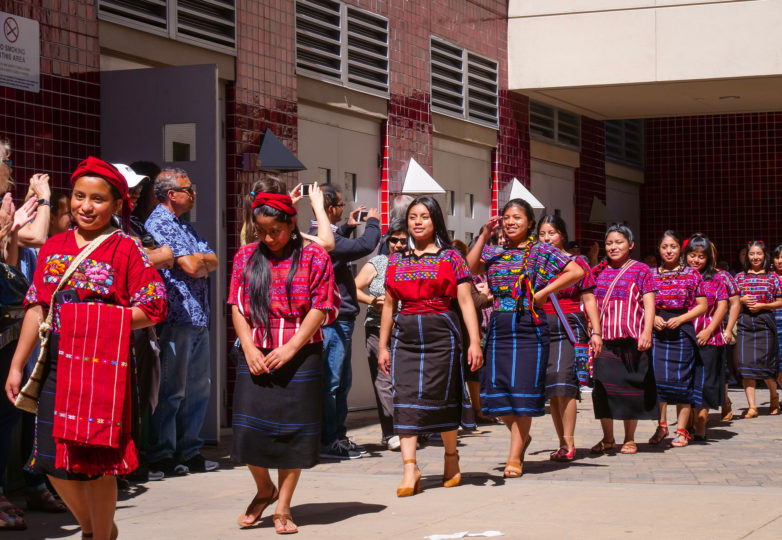 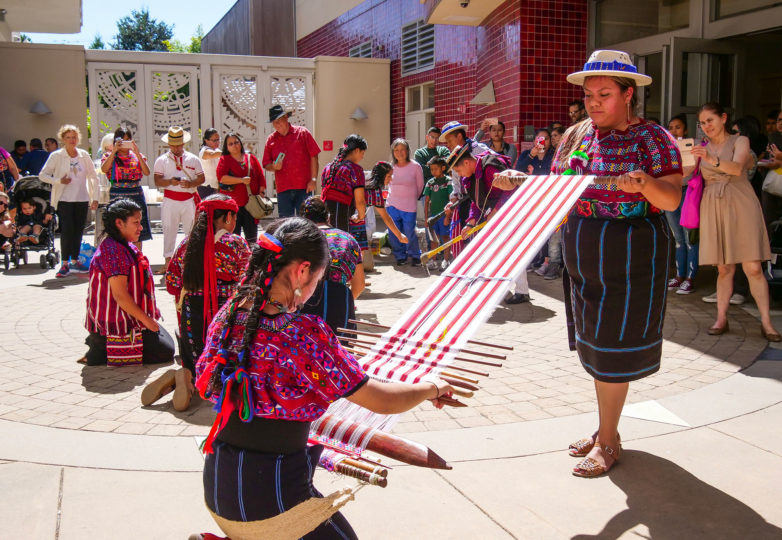 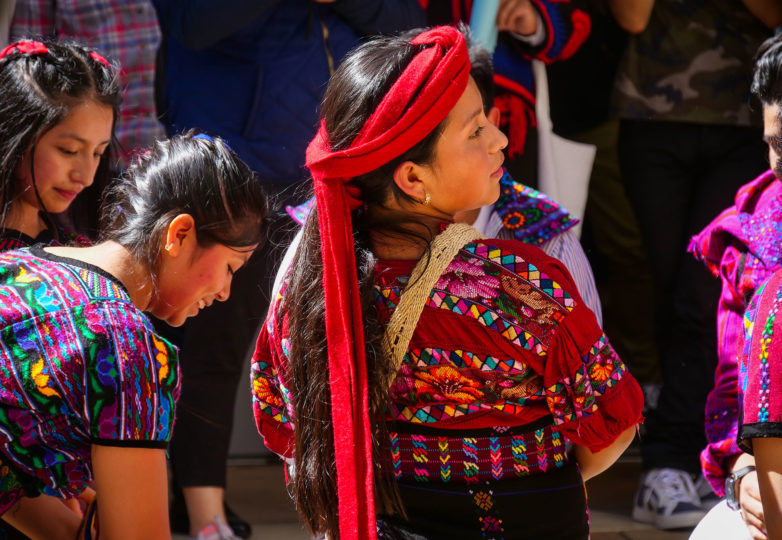 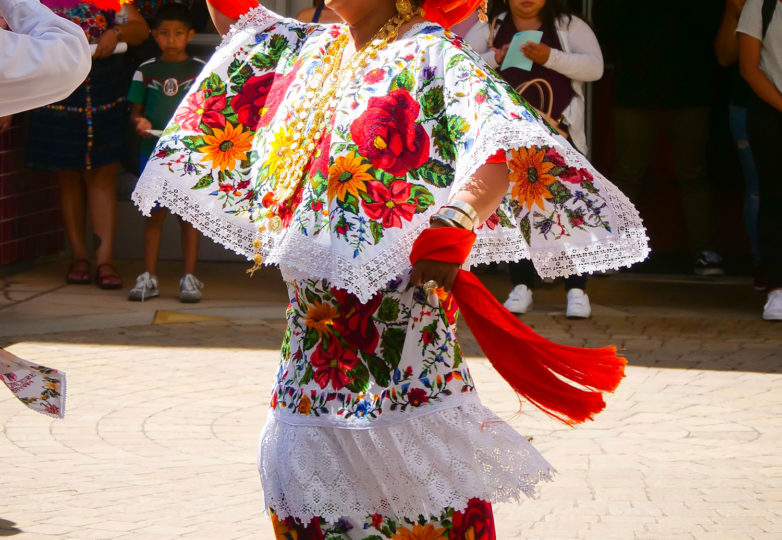 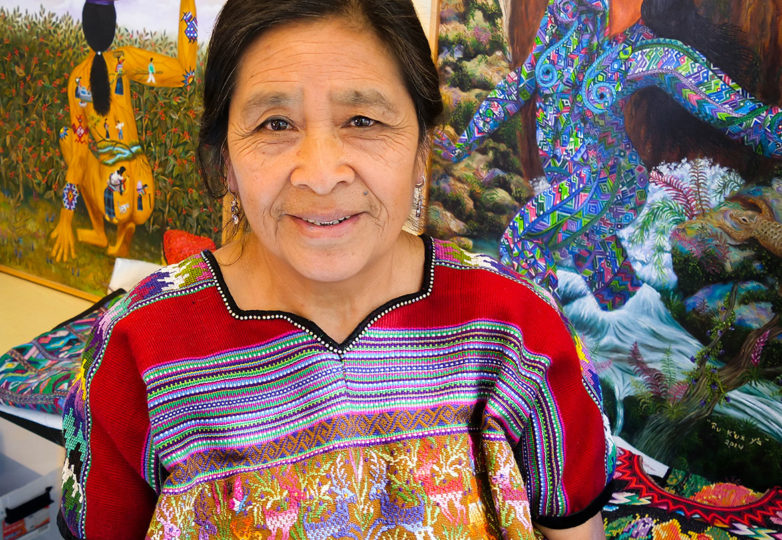