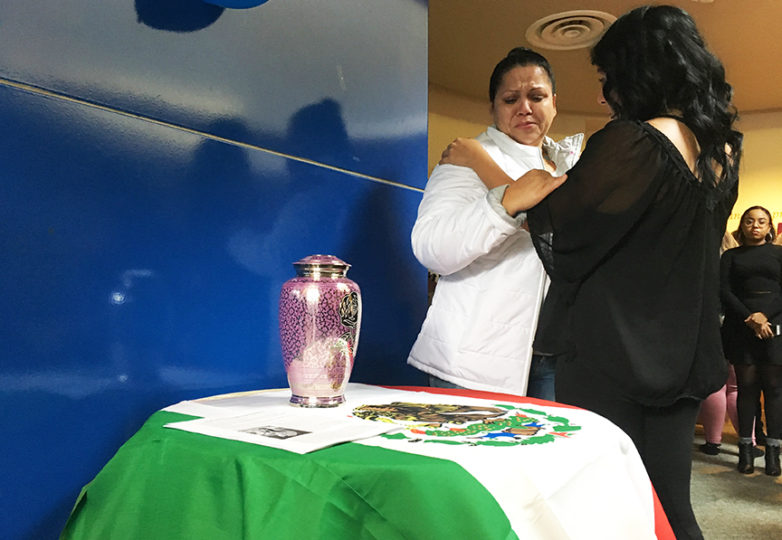 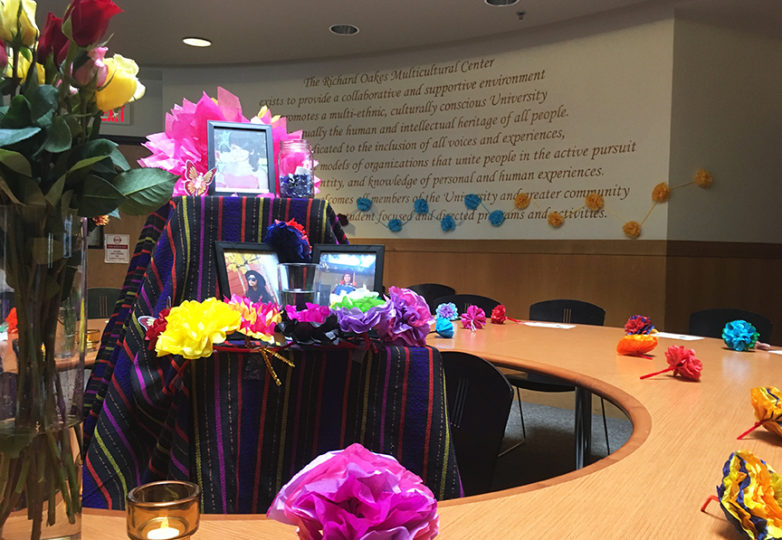 An altar built by friends and family of Gabriela Sanchez is displayed at the Richard Oakes Multicultural Center at SF State. Photo: Alejandro Galicia Diaz 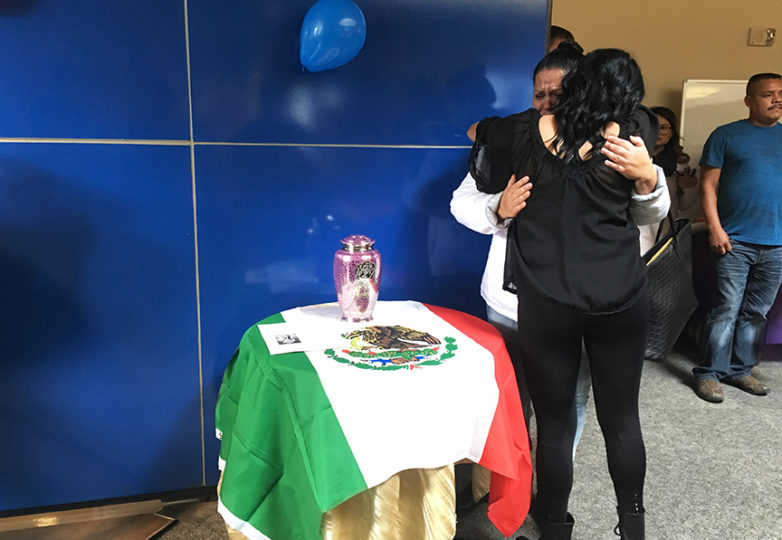 Three-and-a-half months since the tragic death of San Francisco State University student Gabriela Sanchez, the university finally decided to host a vigil for Sanchez on Nov. 3, a day after Día de los Muertos.

The 23-year-old Sanchez was killed in a automobile crash at around 4 a.m. on July 19, 2017, while driving to her morning shift at Starbucks. Her sedan collided with a semi truck at an intersection, causing her vehicle to burst into flames.

Since then, family and friends of Sanchez had wondered why SF State officials hadn’t offered any sort of acknowledgment of her death and why Dean of Students Mary Ann Beagley hadn’t offered any condolences (even after emails and phone calls to Beagley from Gardenia Zuniga-Haro, a close friend of Sanchez).

“There was no respect,” said Zuniga-Haro, after Sanchez’s “A Día de los Muertos Celebration of Life” memorial. “This was a student who gave her all and she died the day she was going to come to school. So why aren’t they [the university] caring? When other students have passed away, they quickly host a memorial ceremony. So because she’s Latin, they’re not going to give her importance? Because she was an immigrant [Sanchez was a DACA recipient]?”

According to SF Student Death Support Services policy, “the Dean of Students will send a letter of condolence on behalf of the University community and will provide information regarding support offered and available to them by the University” including a campus vigil at the request of family and/or friends.

According to Zuniga-Haro, Norma Salcedo, the Dream coordinator for SF State, reached out to her after Zuniga-Haro was having a hard time reaching the school to notify officials of Sanchez’s death. Salcedo gave her Beagley’s contact information. Despite many phone calls and emails to Beagley every week, Zuniga-Haro never heard back.

In frustration, Zuniga-Haro took matters into her own hands. On Sept. 21, El Tecolote published an open letter written by her, titled: “Open Letter to SF State: What’s the protocol when one of your students is tragically killed?”  That same day, Zuniga-Haro received a voicemail from Beagley.

According to Zuniga-Haro, Beagley told her she was sorry for her loss and said “Call me back so we can get this over with.”

Zuniga-Haro and Sanchez’s mother, Mireya, were upset and hurt. Eventually the school stepped in as Manuel Alejandro Pérez, interim assistant vice president for Equity and Community Inclusion, contacted the family to help set up a celebration of Sanchez’s life at the Cesar Chavez building on campus.

“I’m so glad Manuel [Alejandro Pérez] came through and helped us out,” Zuniga-Haro said. “We pushed it and we were able to make this. He had to go through a few loopholes, but we’re glad he helped us.”

During the memorial service, family, friends and even people who had never met Sanchez, circled around a memorial altar, paying their respect.

During the memorial service, Alejandro Pérez presented Mireya with her daughter’s San Francisco State University diploma. Friends and family just watched as her mother took the diploma into her arms as she cried.

“We were left with that desire to go to AT&T Park [Where SF State holds its graduation] to see her get her diploma,” Mireya said. “My husband always said that he was going to throw her a party because she worked so hard.”

“It’s something very sad,” said Alejandro Pérez.  “Despite being undocumented, and fighting against so many obstacles: drive to school [from Dos Palos, CA], study, be focused, and drive from far away to get an education that everyone deserves. Despite all of the obstacles, it’s so tragic that she left us so soon. It’s a loss for our community. Like ‘Raza’ and member of the community, and with some family members with different legal statuses, it’s something you personally feel. It was the least we could do as a thankful gesture to the family [to present the family with Gabriela’s diploma]. We’re with the family. Aside from the pain, it’s important to recognize Gaby’s efforts.”