The latest installment at the Mission Cultural Center for Latino Arts, “Mexicanos al Grito de Guerra: We didn’t cross the borders, the borders crossed us,” features 40 artists and art collectives from California and Mexico, and a diverse range of work and techniques that include etchings, silkscreens and lithographs.

Collectively, the works express the individual concerns of artists who are unified by their commitment in addressing social histories and issues that impact each individual artist’s experiences.

True to the tradition of printmaking, many of the images are produced and circulated as a tactical strategy for quick and accessible dissemination of ideas and information for advancing social causes.

In our current epoch, xenophobia, economic exploitation, ecological denigration, and anti-immigration are dismissed and superseded through fear-mongering and the so-called “war on terror,” and thus, to see an exhibition that references many issues relevant to Latino, black, Asian and Native American populations, and struggles for economic and social equality, is interestingly relevant and welcome.

That said, the exhibition also reflects a problematic area based in the potential of “identity politics” to degenerate into simplistic ethno-nationalist sentimentality, which can lead to reinforcing perceptions that simplistically characterize artists with social agendas as “othered” and “exotic” based on particular iconographies. It should be remembered that iconic vocabularies were formed as an early strategy for combatting denigrating stereotypes, which were used to reclaim and establish positive modes of self-representation through images that referenced: the Civil Rights movement; the Cuban Revolution; United Farm Workers movement; images from Mexican folklore; religious images; and other sources in popular culture.  These sources formed a necessary means for articulating self-pride through recognizable images, thus constituting an early form of cultural resistance.

This history and many of these images are alive and well here, as is a tendency for this imagery to render the message somewhat obvious and even cliché, as aesthetic contemplation and pleasure risks being displaced in service of cause. Grito seems primarily concerned with a sympathetic audience, and thus, it risks being reduced to mere cultural caricatures and visual slogans that are often declarative and limited, since the messages are primarily produced for those who already agree with the statements.

This perhaps explains the problematic nature of the subtitle, “Mexicanos al Grito de Guerra: We didn’t cross the borders, the borders crossed us,” which assumes that the “we” and “us” is a given and is known. It also fails to recognize the complexity of previously existing indigenous cultures: the nature of Aztec empire which expanded by conquest; the exploitive nature of the agricultural bourgeoisie; and mode of accumulation of the “encomienda” system (which gave individual Spanish colonists religious and civil authority over the indigenous population and allowed to extract labor and collect tribute)—all existed prior to U.S. annexation of Mexican lands in 1848.

Nevertheless, several artists in the exhibition utilize innovative formats and an imaginative blend of sources, and display significant skill in articulating their various concerns, all of which make the exhibition well worth seeing.

Rethinking schools: Voices from the pandemic

“Mexicanos al Grito de Guerra: We didn’t cross the borders, the borders crossed us,” opened on Jan. 16, and will run through Feb. 13.

Anthony Torres is an independent scholar, art writer, and art appraiser. He has curated and traveled numerous exhibitions, and published extensively in Artweek, New Art Examiner, Oakland Tribune, San Francisco Examiner, Art Papers and others. Additionally he researched and wrote the “Illustrated Chronology” and essay “Negotiating Space: The Sketch Books,” for the book, Frank Lobdell: The Art of Making and Meaning. 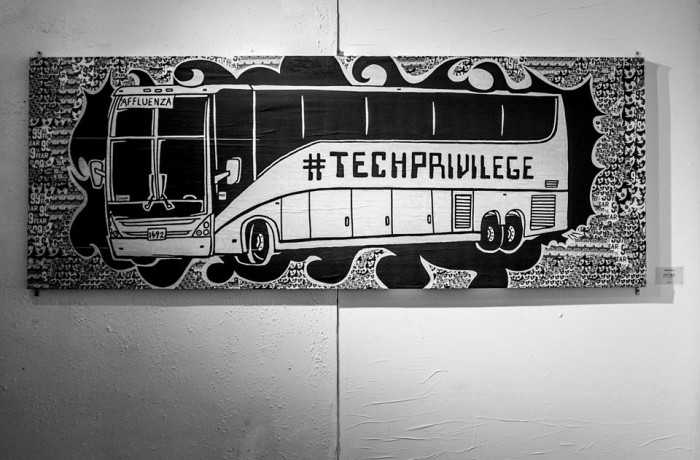 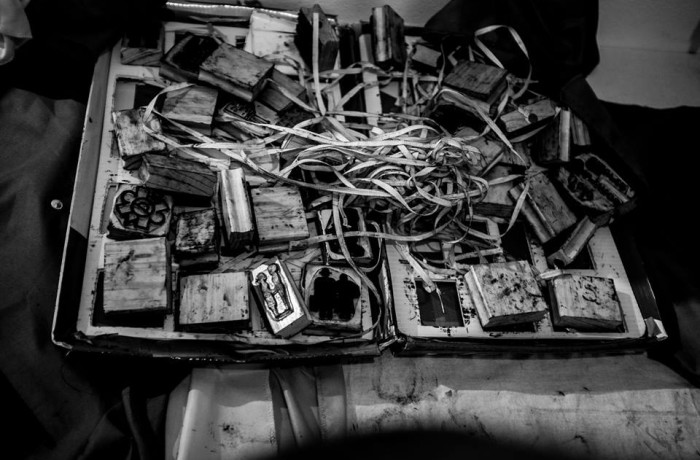 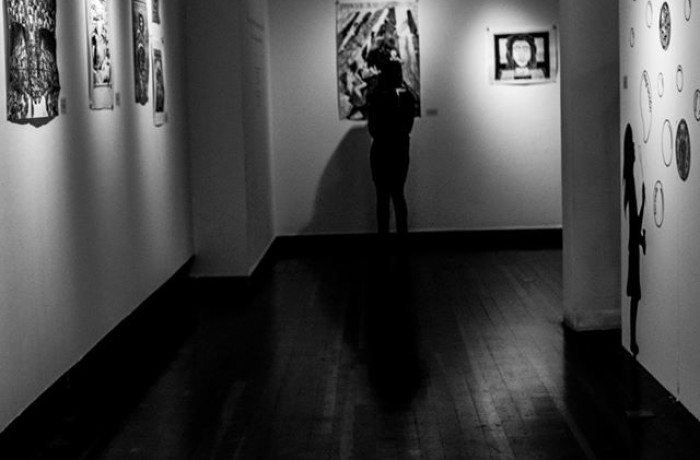 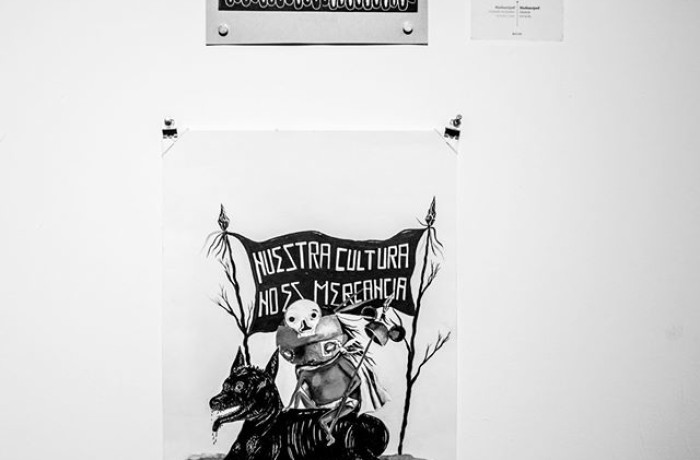 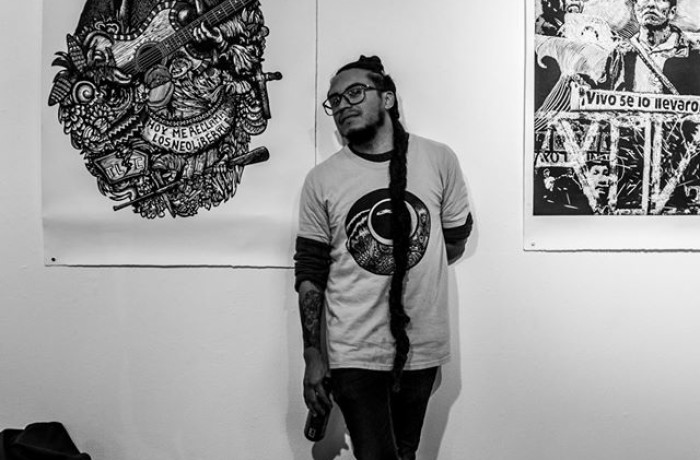 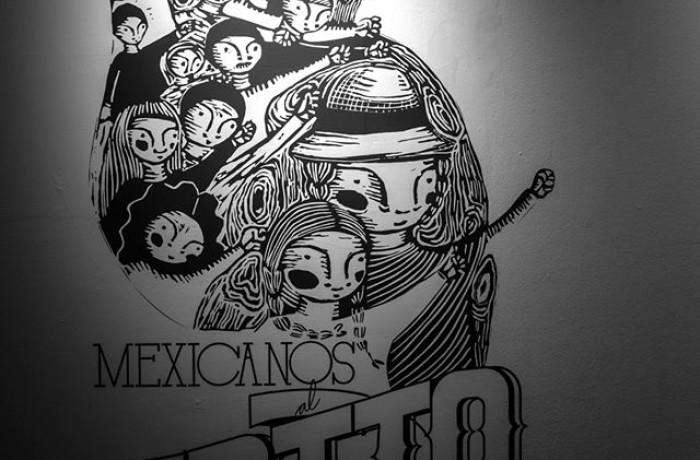 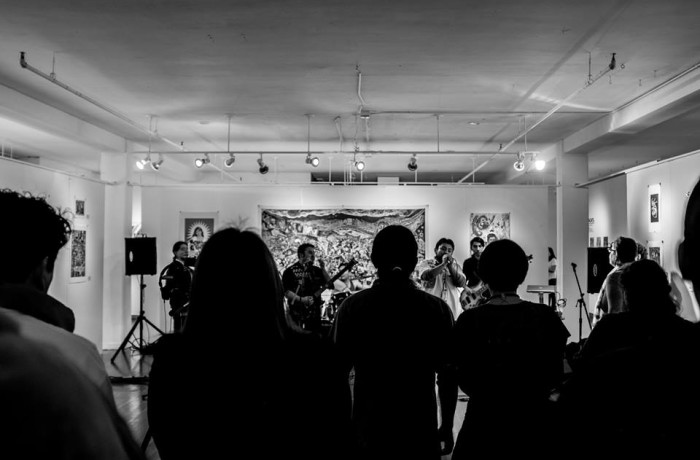 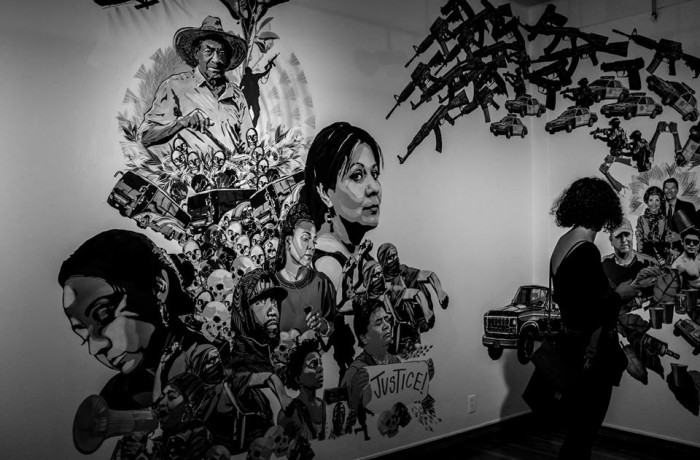