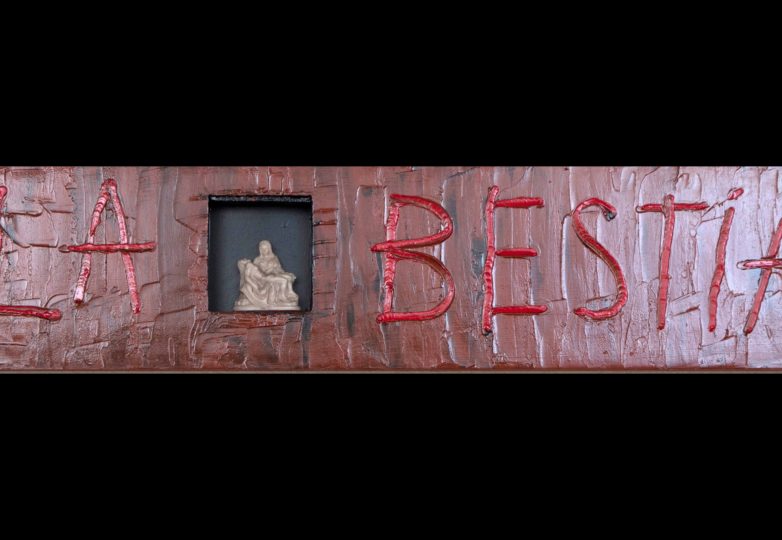 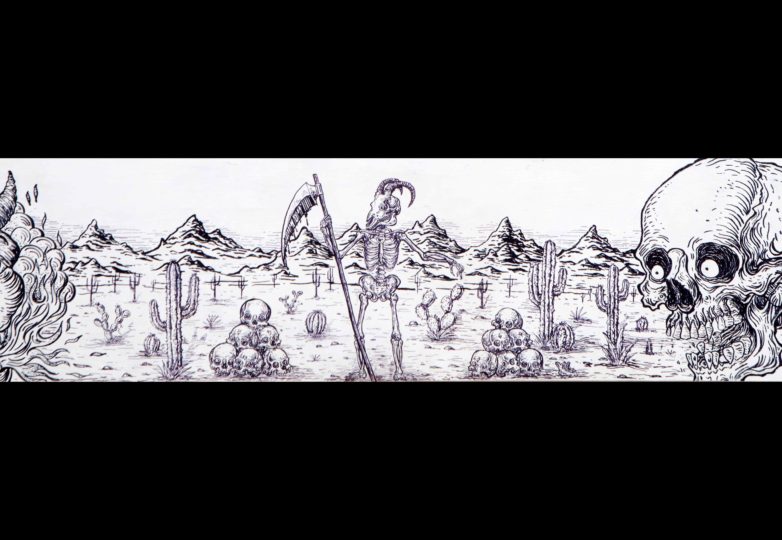 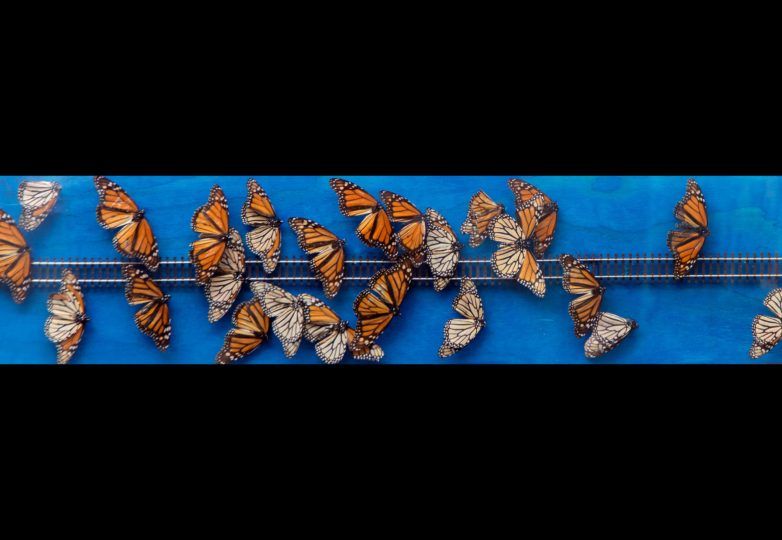 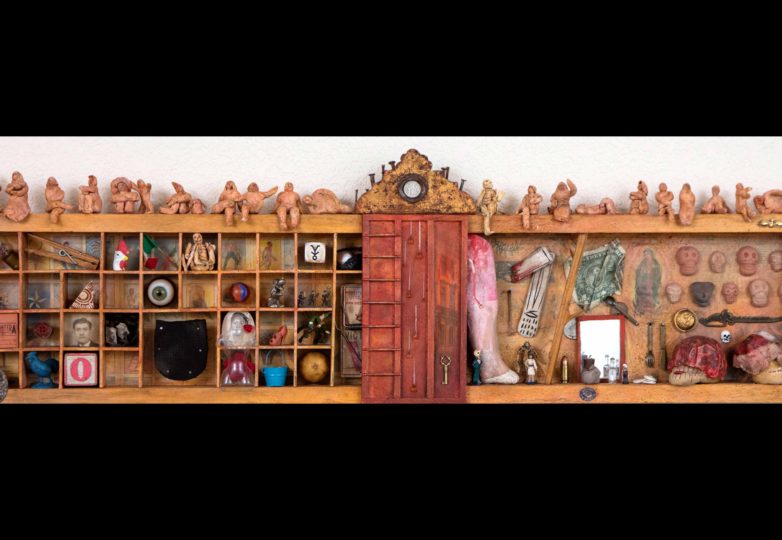 “The Last Station” by Mauricio Gómez Morín. Collage, group of objects, and ceramic. Courtesy of Center for Latin American Studies at Berkeley

I can count the times I’ve gone to El Salvador on one hand: once when I was a baby (at the peak of the war); a second time when I was like 9 or 10; once again when I went for the presidential elections in 2009; and the following year for a youth delegation I led, which I called the “Radical Roots Delegation” (cool name, right). I hadn’t been back since 2012, when my maternal grandmother passed. My mom, sister, cousin, and I accompanied my grandmother’s body back to Ilobasco so she could be laid to rest in her hometown. The experience was heavy, to say the least. I visited again earlier this year (I guess that makes it two hands now) for my paternal grandmother’s 80th birthday. My parents had the idea of flying the family out and renting a house on the beach (which resembled Tony Montana’s).

This time was different than my other trips, because I experienced El Salvador in a bubble— isolated and separate from the real. The owner of the house had an entire family working for him as the “help.” I felt uneasy and a little guilty about staying in such a large house and having another family serve my family, but I quickly repressed it in the deep recesses of mind after a day of floating in the pool and drinking Supremas beachside.

Reality didn’t hit me again until I was heading back home. I was given a ride to the airport by the main caretaker of the house, who I’ll refer to as Cuca. At this point in the trip my family was quite friendly with all of the caretakers of the house, so Cuca and I were just conversing about nothing on our way to the airport. At some point during this ride Cuca felt comfortable enough to tell me about how different his life could have been .

He said he could have gone to the United States via an American women who had fallen madly in love with him when he was a young man. He described it as a missed opportunity attributed to his youth, but he doesn’t regret not moving with her. He has a family now and a stable situation. I had trouble comprehending the “stable” part, but it began to make sense after he told me about his later attempt to migrate to the United States.

It started with a friend who asked Cuca to accompany him on the journey. Looking back, Cuca wishes he would have declined the offer, but the promises of what might be in America were too hard to resist. They left, and like the countless other migrants who have little to no means, they traveled on the infamous beast (a dangerous freight train known as “La Bestia,” that many Central American migrants ride through Mexico to get to the United States).

One night riding atop of the box cars, he recalls seeing in the distance, a group of men with machetes making their way in his direction. Migrants were flying off the sides of boxcars as they made their way closer, like watching anti-Moses part a sea of desperation. Cuca and his companions made a plan—they wouldn’t run, they’d fight back. The plan self-combusted immediately. His companions attempted to hide in an empty boxcar and Cuca froze, staring straight into the faces of the assailants. They began beating him and in the commotion, his friend’s flashlight accidently turned on giving him away. The assailants began to slash at the friend with their machete. Both men were eventually thrown off the train in the middle of nowhere in Mexico.

He recalls not knowing whether he and his friend would survive that night, as he dragged his friend’s body alongside the rail. He and his friend eventually received medical attention and Cuca returned to El Salvador.

We arrived at the airport and I thanked him for the ride and for sharing his story. I didn’t think about Cuca’s story for a while. I struggled to understand my position of privilege compared to that of many Central Americans my age.

I’ve been teaching a class on Central Americans in the United States for several years at San Francisco State, and one of its main components is understanding migration. We’ve read a fantastic, yet horrifying book about La Bestia by Salvadoran journalist Oscar Martinez called “The Beast.” It’s one thing to read about these stories, but it’s another completely to be told about it by someone who’s lived through it.

It wasn’t until I visited the exhibit “MONTARlaBestia” (“Riding the Beast”) at the Center for Latin American Studies in Berkeley, that I thought about Cuca’s story again. The exhibit is an installation merging art and poetry on miniature versions of boxcars and rails which serve to represent the beast. The pieces are a reminder of the odyssey that hundreds of migrants take so that you can walk into a clean office building or share that picture of your next meal (guilty, #foodie), but it’s also a reminder that there are many more, like Cuca, who didn’t make it.

The exhibit is put together by a group of 100 artists that formed the Colectivo de Artistas contra la Discriminación (Artists Collective against Discrimination) in partnership with the Mexican Museum, the Mexican Consulate General of San Francisco, and the Mexican Agency for International Development Cooperation. Their stated goal is to “raise awareness about migration and how it marginalizes an already vulnerable population.”

“MONTARlaBestia,” underwritten by Richard A. Levy, and Andrew Kluger, is now showing at the Center for Latin American Studies, 2334 Bowditch St, Berkeley. The exhibit runs through Sept. 29 and is open to the public Tuesday through Friday, from 1 p.m. to 5 p.m.

What the consulate does in the case of an emergency