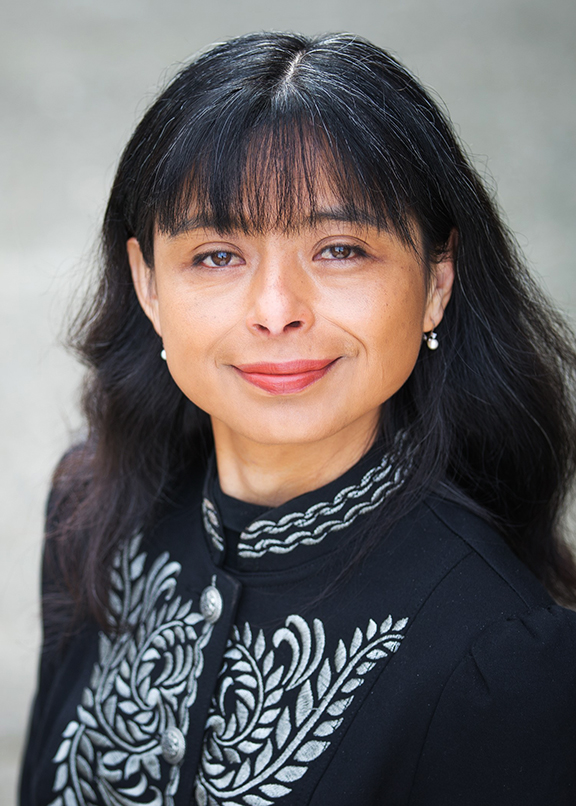 Jilma Meneses was only five when she left her homeland for the United States, but she still remembers the words her grandmother told her before she left.

“‘You’re coming to the United States for two reasons: to reunite with your mother and to get an education,’” Meneses recalled her grandmother telling her. “And that’s exactly what I did.”

Founded in 1907, Catholic Charities provides services for homeless people, low-income families, youth, refugees and immigrants. And as a youth, Meneses was a recipient of those services.

Though born in Mexico, Meneses identifies with her Nicaraguan roots from her mother’s side. As a child, she came to the United States to reunite with her mother, who was already living with a family member. Living with their mother, she and her brother were raised in the Mission District.

“Back then, you didn’t see the million-dollar condos that there are now,” Meneses said. “I remember seeing low-riders on the street as a child. The Chicano movement was very much alive.”

Although the Mission is quite different today, Meneses is heartened by the fact that Latino culture has endured, and she is grateful to her family.

After graduating from El Camino High School in South San Francisco, Meneses attended the University of California at Berkeley, where she studied political science and French for four years. She then attended the Lewis and Clark Law School in Portland, Oregon and completed the program in three years.

She has served in a variety of leadership positions. Her experience includes being the chief diversity officer at Portland State University, the director of risk management at Oregon Health Science University and the dean of the Concordia School of Law.

She also has extensive experience working alongside the community, including involvement with United Way of the Columbia-Willamette, Latino Network, Adelante Mujeres, I Have a Dream Foundation and Partners in Diversity. Meneses is the founder of Our Family in Africa, a nonprofit that provides education and aid to orphans who are the products of disease, war and genocide.

“Coming back to work here is exciting but also surreal,” she said. “It’s surreal because after all these years, I came back to Catholic Charities. It’s like I went around full circle.”

When she took the job with Catholic Charities, she had to leave her home in Oregon. Although she would miss the close contact with nature, she was excited to come back to her mother in San Francisco. She also looked forward to working with a company that focuses on helping youth, immigrants and the homeless.

“We serve because we are Catholic,” said Meneses. “It’s a way to give back to the community.”

Being Catholic is not a requirement for obtaining help or even employment at Catholic Charities, but it’s required for the job of CEO.

“I hope [people] can take charge as a team to do more for the community to improve everybody’s lives,” said Meneses. “Not just those who suffer.”

St. Joseph’s Family Center is one of Catholic Charities’ programs. Located in the Mission, its an emergency shelter, where families are provided with three meals daily, onsite case management, workshops on how to manage money and more.