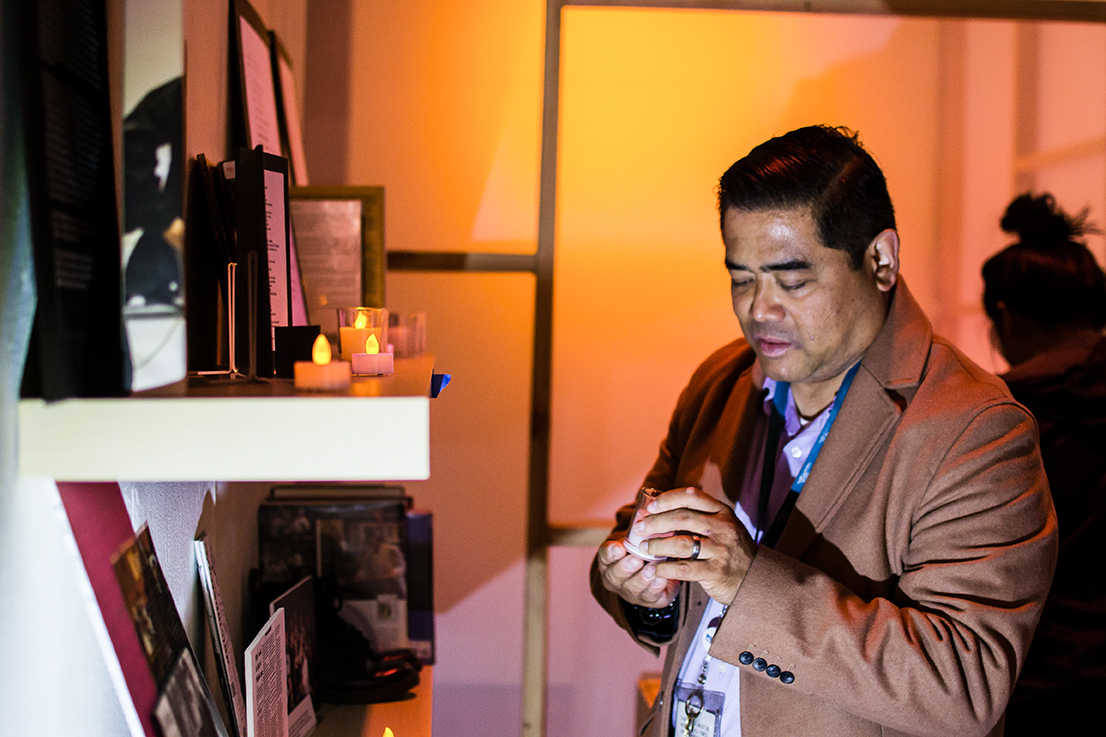 It would’ve been hard to imagine Stockton as the heart of Filipino America in the early 20th century. But it was for a time, before new development and the construction of the Crosstown Freeway swept remaining tenants, businesses, and SRO hotels into the corners of history.

By 1999, city officials demolished one of the last remaining blocks of Stockton’s Little Manila neighborhood to make way for a McDonald’s restaurant and 76 gas station. The neighborhood, once home to the largest population of Filipinos outside the Philippines, soon dwindled to three buildings, which now make up the Little Manila Historic Site. It’s become a remnant of the early Filipino American story, a story that late historian and educator Dr. Dawn Mabalon devoted her life’s work to uncovering and preserving.

Though she died of an asthma attack while vacationing in Hawaii in 2018, just shy of her 46th birthday, Mabalon was a key component in the historic preservation of Stockton’s Little Manila, having co-founded the Little Manila Foundation alongside Dillon Delvo, and in 2013, published “Little Manila is in the Heart: The Making of the Filipina/o American Community in Stockton, California.”

“It is my hope that the love, respect, and commitment we feel for our historic community runs deeper than anything that can divide us. Little Manila will always be in our hearts,” reads one passage from her book.

On Oct. 11, SOMArts Cultural Center will host its annual Día de los Muertos exhibition, honoring the people, places and social movements that have shaped the San Francisco community. Curated by Rio Yañez and Carolina Quintanilla, the show will feature traditional and contemporary altars to manifest founding curator Rene Yañez’s vision for his final Día de los Muertos exhibition, titled “City of Souls,” which is dedicated to Mabalon and the children who have passed away while in ICE custody.

“The profound levity of her work was something we were excited to celebrate and honor with the show,” Yañez said. “I saw a lot of parallels between the work my dad put into the Mission and the love he had for this community, and identifying that to Dawn’s dedication to Stockton and to documenting the history there. I felt a kinship towards that.”

“Working on this project has helped me know her a lot better in a lot of ways. It also makes the project kind of difficult because she was such a multifaceted person,” Arteche said. “She was such an incredible force from her academic and activist work, but she was also an incredible friend, incredible sister, godmother, and auntie to all of these people who were impacted by who she was as a person.”

An associate professor with tenure at San Francisco State University, Mabalon’s influence within and beyond the history department was evident. She was an advisory member of the Manilatown Heritage Foundation based in San Francisco and served as an important board member of various organizations including the Filipino American National Historical Society (FANHS), Pin@y Educational Partnerships (PEP), and Asian and Pacific Islander Americans in Historic Preservation (APIAHiP).

Throughout her academic career, Mabalon was committed to chronicling the struggles and sacrifices of Filipino Americans that were often diminished to a footnote in California and U.S. history.

Her book “Journey for Justice: The Life of Larry Itliong,” written with Gayle Romasanta and illustrated by Andre Sibayan, is the first children’s book about Filipino American history and the first about Modesto “Larry” Itliong, a Stockton organizer and co-founder of the United Farm Workers (UFW).

In 1965, Itliong helped organize the Delano Grape Strike, demanding workers be paid the federal minimum wage, better working conditions and the right to form a union. He was no stranger to racial and economic oppression in the fields as growers often kept ethnic groups separated to crush labor actions. The strike lasted five years and became one of the most significant social justice and economic movements in American history.

The contributions of Itliong and Filipino migrants are not widely known, even among the Filipino-American community.

“My grandparents were farm workers,” Mabalon once told KQED Public Radio. “My dad was a farm worker. He knew Larry Itliong. And I didn’t even know who Larry Itliong was until I went to college. Now I’m going to cry. Now I’m crying. You know, what a tragedy. I knew who Cesar Chavez was. We had a Cesar Chavez Library. But, you know, I think it’s such a tragedy that so many young Filipino Americans grew up without knowing the central, pivotal role that we’ve played in American history.”

Mabalon “felt the hurt of a generation” but believed it is one’s responsibility to continue the work of their ancestors and tell their stories. Throughout her life and academic career, she collected oral histories, newspaper clippings and photographs, treasuring anything and everything that those before her left behind.

“Dawn was at every fight, fighting for the narratives of the people who made this city and whose stories aren’t being told,” Arteche said. “I think the biggest thing that she would want everyone to learn from her work is that our Filipino American history starts with our family.”

Bautista, who first met Mabalon at a FANHS conference in 2000, emphasizes the need to organize and develop young leaders like Mabalon in order to overcome the injustices, past and present, that continually impact marginalized communities.

“If we can’t inspire younger leadership then it’s going to be an upward battle,” Bautista said. “We have to strategize and learn from the past of what works, what doesn’t work. Sometimes you don’t win. Sometimes we’ll lose battles but we just have to keep trying or we’ll become invisible again.”

For Dawn, Filipino American history is not just California history but American history. Her passion for social justice and rightful recognition of her community contributed to the reinforcement in curriculum that Filipinos do have a voice and place in history.

“Dawn’s life of organizing and activism was an inspiration. We mourn because of a loss, but we celebrate because of the memory,” Bautista said.

In the last statement she made before her passing, Mabalon wrote, “I am a historian dedicated to building bridges between the communities about whom I write (Filipino Americans, Asian Americans, immigrants, workers) and the academy. I have devoted my life’s work to sharing the stories of people and communities at the margins of the American story…With the humanities and history disciplines under attack, there is no better time to strengthen the work we do as professional historians.”