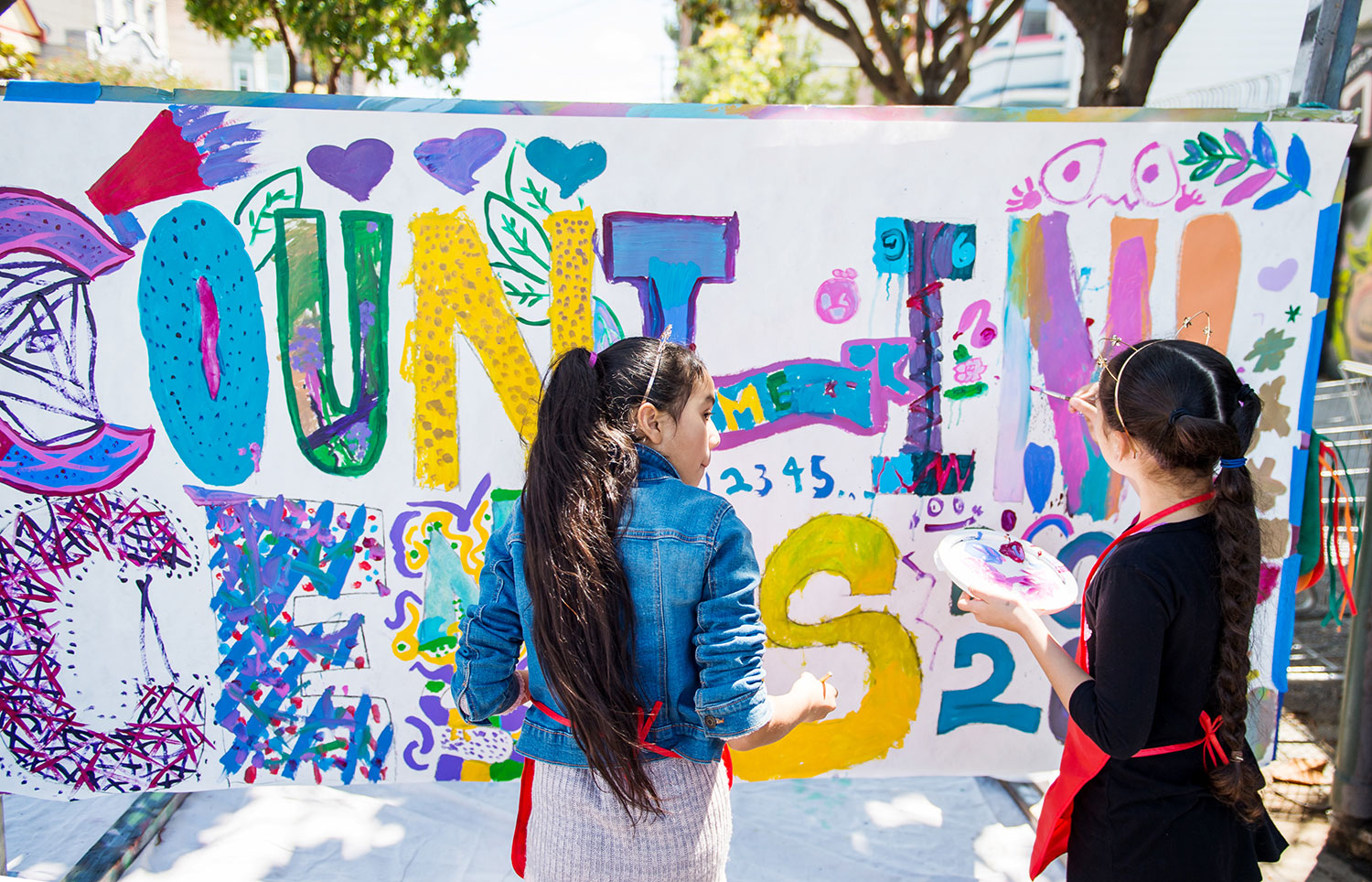 With the Census rolling out in April of 2020, coordinators from the U.S. Census Bureau are working actively to engage hard-to-count communities to ensure their accurate representation on a national level.

“There is a real lack of trust of the federal government when it comes to filling out the information on our families,” said Britta Guerrero, CEO of the Sacramento Native American Health Center (SNAHC). “There is historical trauma that is still being suffered by our communities, children being taken from households and being sent to boarding schools, treaties signed and not honored. There is a high percentage of military service in our Native communities and our veterans are still lacking necessary services and many are struggling with addiction and homelessness so the desire to be reported and counted isn’t a priority when the system that should have taken care of them, hasn’t.

SNAHC is a federally qualified health center that provides primary care, dental care, primary health psychiatry and optometry to Native populations and the underinsured living in urban areas. They are also leading the Native American Complete Count Subcommittee in Sacramento, where they are working to engage Indigenous groups in the census through targeted outreach.

Jenine Gains, SNAHC’s communications manager, said they are working with Sacramento County to incorporate 2020 Census messaging through already existing events, like Pow Wows, to target outreach to the Indigenous community that live in the county.

However, educating Indigenous communities on how the state census allocates funding is another very important factor to SNAHC.

“Native people in general feel like there is a federal front responsibility and this is a state census, so what impact does it make if our numbers are reported to the state,” said Guerrero. “Native communities haven’t seen the value of participating and so the importance of how funding is allocated through the state is not necessarily understood.”

Hong Mei Pang is the Director of Advocacy at the Chinese for Affirmative Action in San Francisco and has been working directly with hard-to-count communities to ensure they have “equitable access and that they are able to understand the significance of the census as it relates to our fair share of resources to political representation.”

“On the one hand, it’s really about these resources that make this census real on a day-to-day basis,” said Pang. “Especially for these hard-to-count communities who experience a lot of economic social and political disenfranchising and inequity.”

Indigenous groups among other hard-to-count communities rely on state-funded programs for education, housing and social services. The United States Department of Housing and Urban Development (HUD) funds the Office of Native American Programs, which includes a total of seven different housing programs.

According to a HUD study released in 2017, its housing is overcrowded and below standards to the average U.S. household. The study concluded that in a two-year period, HUD would need to build 68,000 new units to eliminate overcrowding and replace below-standard housing units.

Funding for housing programs like HUD that contribute to Indigenous populations are directly impacted by the U.S. Census, which requires accurate representation in order to receive necessary funding.

U.S. Census Partnership Coordinator, Jessica Imotichey, leads the tribal partnership in the Los Angeles region. According to Imotichey, the program for the U.S. Census has hired a tribal specialist and Native Hawaiian Pacific Islander specialist to work with community members. In January 2020, a media campaign will be rolled out that is very specific to each tribe to encourage participation said Imotichey.

“It is important for them [Indigenous groups] to participate,” said Imotichey. “One being the representation. It really lends to them having a stronger voice. We want to be sure that they are recognized and one way to do that is by recognizing their population through actual numbers and statistics and data.”

Currently, the Mam community (Indigenous Mayan people from Guatemala) in the East Bay is a group that is not being accurately counted because the U.S. Census has very little information on them.

Henry Sales, Mam community leader and translator, is one of three Mam translators in the United States. Although there is very limited information about this Indigenous group, Sales is making efforts to educate the Mam community on the importance of the 2020 Census.

“While the languages have proliferated to 12 on the census, we know that many of our communities lay at the intersection of digital divides where there is no reliable access to the internet or a computer, especially for low-income newly arrived immigrant communities as well as working class families or seniors,” said Pang.

Although census materials are now available in a dozen languages, that doesn’t include Indigenous languages, like Mayan Mam. Sales said that when he’s explaining the census to his community, he comes across moments where certain English words don’t have a direct translation into the Mam language, making it difficult to break down the importance of the census.

“For example, when I say the word ‘asylum,’ many of them don’t know what that word means, because that word doesn’t exist in the Mam language,” said Sales. “So we have to find the definition and explain it.”

Now that the younger generation of the Mam community is in the Oakland School District, Alameda county has some idea of the Mayan Mam population of the East Bay. However, there is still very little that is known about the Indigenous communities that have been growing over the years.

“They would call us Latinos because some of us did speak some Spanish,” Sales said. “But now within the past five years, the Mam population has grown and a lot of us are now realizing who we are and we are Indigenous and Mayan people, and we want to be represented as Indigenous.”

When El Tecolote ran a feature on the Mam community in late 2018, there were an estimated 10,000 Mam living in the East Bay, the majority them in East Oakland. With an accurate 2020 Census, we may finally know the true number.

In times of uncertainty, Lotería-inspired game encourages Latinos to participate in 2020 Census