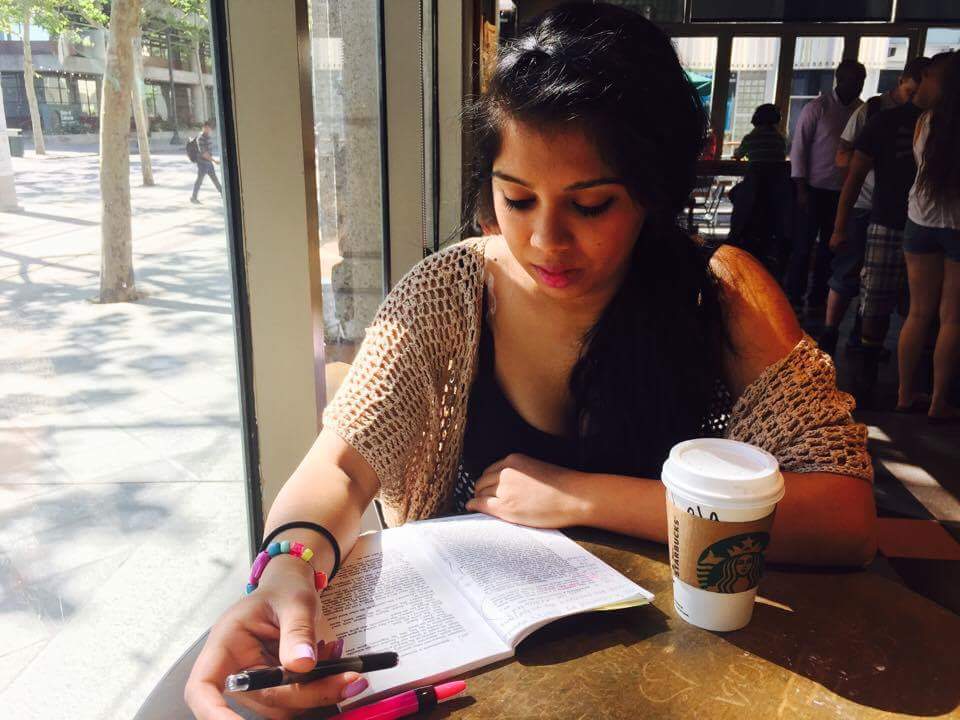 On the afternoon of July 19, 2017, I received the worst call I could have imagined. A mother crying, telling me: “Gardenia, mi hija se murio esta mañana” (Gardenia, my daughter died this morning).

I had barely clocked into my shift before getting the phone call that not only changed my life, but the many of others who knew Gabriela Sanchez. She was on her way to work when her life was tragically taken that morning. What devastates me more of this was that after her work shift at Starbucks, Gaby was going to drive to Santa Clara to stay with a friend to attend her summer school session at De Anza College.

During the summer break, Gabriela was taking a few classes at De Anza College. Excited, she was anticipating her senior year at San Francisco State University. Not only was she a hard working young woman, but a devoted student and a DACA Dreamer.

I felt like part of me left when I dropped to my knees as I heard her mother crying non stop. I was devastated but I knew I had to honor her mother’s request to inform everyone including SF State.

As I cried my heart out mourning the loss of someone who I felt was like my little sister, I reached out to everyone of her passing and provided my email address for those who wanted to contact me privately.

The next day was like a bad dream that I couldn’t snap out of. But as I received emails from De Anza and SFSU staff, it hit me: she was truly gone.

The Dream coordinator for SF State, Norma Salcedo emailed me the next day after Gaby’s death and immediately assisted me with the proper contact info and procedure for Gaby’s student death protocol. I was relieved that she gave me a phone call and offered to do an on campus vigil in honor of Gabriela, but only after the Dean of Students contacted me. However, she never did.

This letter is not to bash anyone, but to raise the question as to why the Dean of Students, Dr. Mary Ann Beagley, hasn’t called Gabriela’s mother to offer condolences, and why she hasn’t responded to my emails. She had been informed days after Gabriela’s death by Salcedo (During a phone call with Salcedo, she confirmed that Dr. Beagley was going to call me soon).

It has been almost two months since Gabriela’s death, and to this day, her mother has not received a phone call or letter from the University that Gaby once called home. It was only yesterday that Dr. Beagley finally reached out to me.

We are not asking for a bench on campus in Gabriela’s honor, nor a scholarship fund (although that has been done for other students). All we want is simply for the institution to acknowledge Gabriela’s existence as a student and for a certificate of achievement.

I have received multiple request from many SF State students asking when will the school have a vigil or will they even have something in her honor for graduation. I hate not having an answer, but the truth is, I don’t.

My passion to honor Gabriela comes from seeing how hard she worked to be a student at this institution. She lived in Dos Palos, CA, and commuted just to attend her classes here. Myself, like many of her mourning friends, opened our homes to her because we knew how devoted she was to her education and we didn’t want to see her commuting every day. Not only was she a commuter but also a brave DACA recipient and spoke in a video about her struggles just to attend college.

Gabriela’s life was taken in a tragic car accident, and I cannot let her memory be dissolved. Her memory lives at your library, in your comic book club, and with her fellow Dreamers, so my question to SF State is, “Why aren’t you honoring her memory?”