What is next for La Victoria? Longtime Mission bakery forced out after 67 years 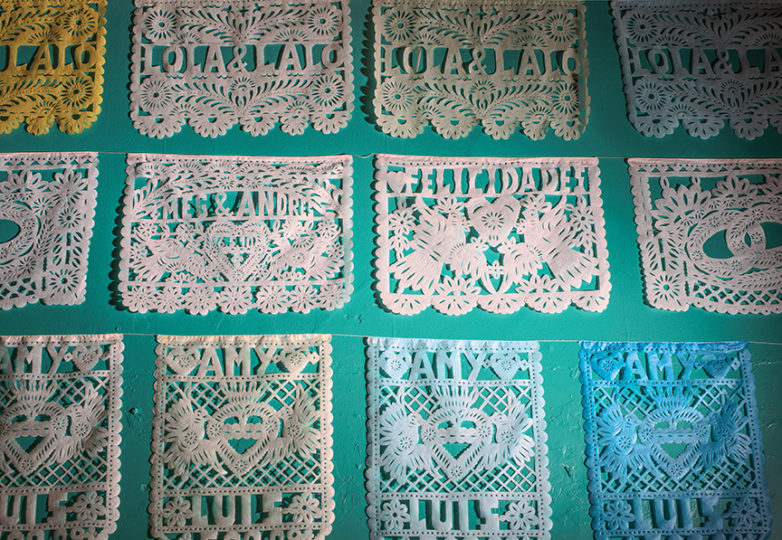 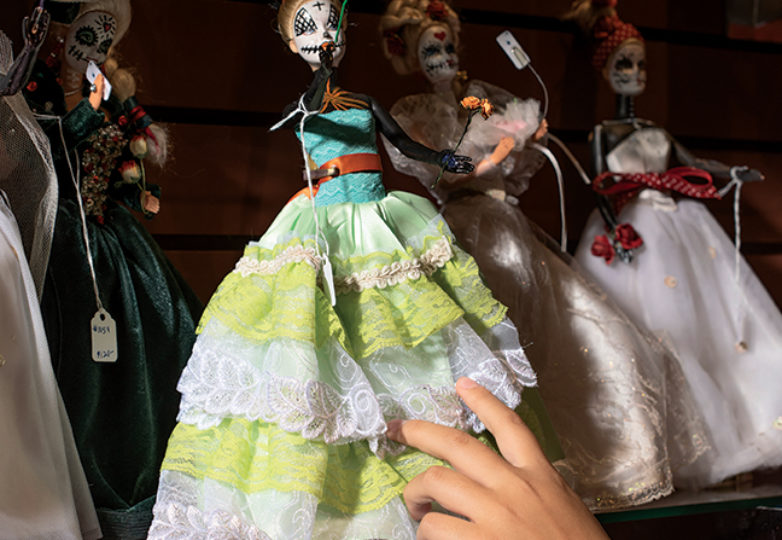 A customer reaches for a doll made by local artist Ana Rivero Rossi, inside Casa Bonampak on Oct. 12, 2018. Photo: Dane Pollok 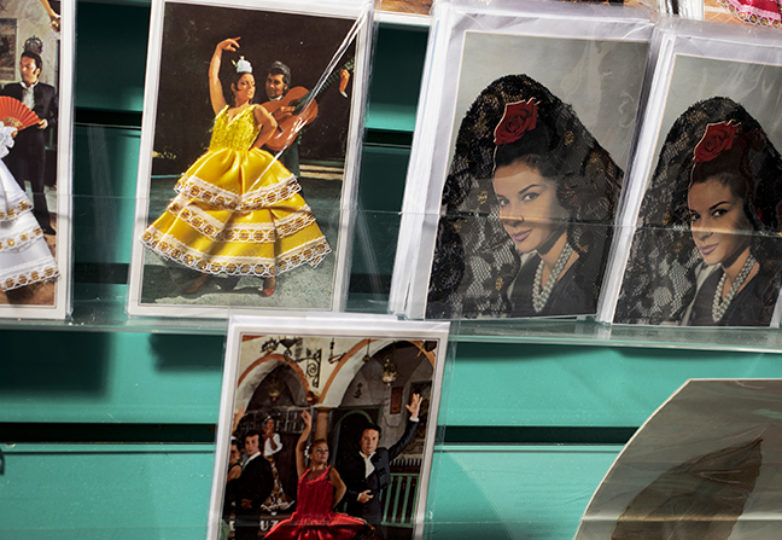 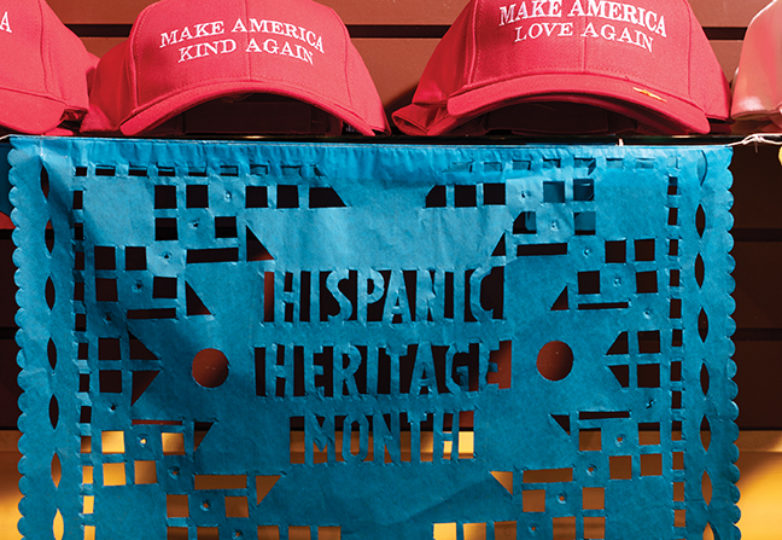 Hats for sale are seen on the shelves inside Casa Bonampak on Oct. 12, 2018. Photo: Dane Pollok 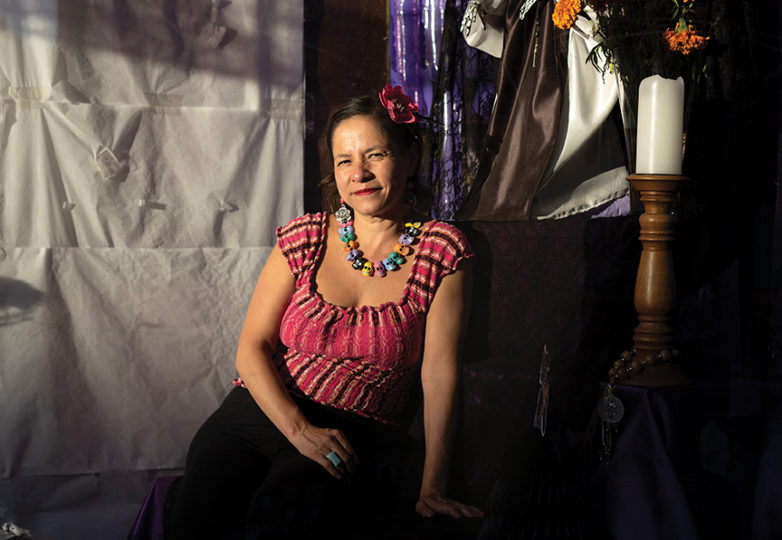 Casa Bonampak owner Nancy Charraga poses for a portrait on Oct. 12 inside her store located in the Mission District. Photo: Dane Pollok 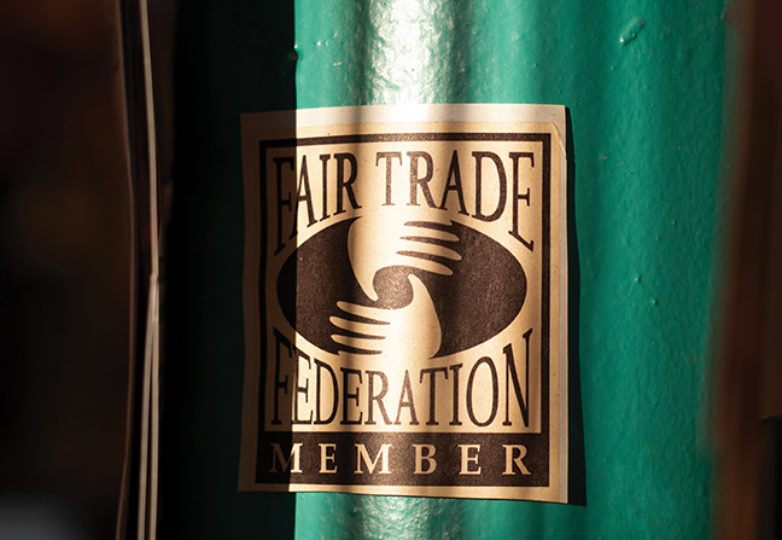 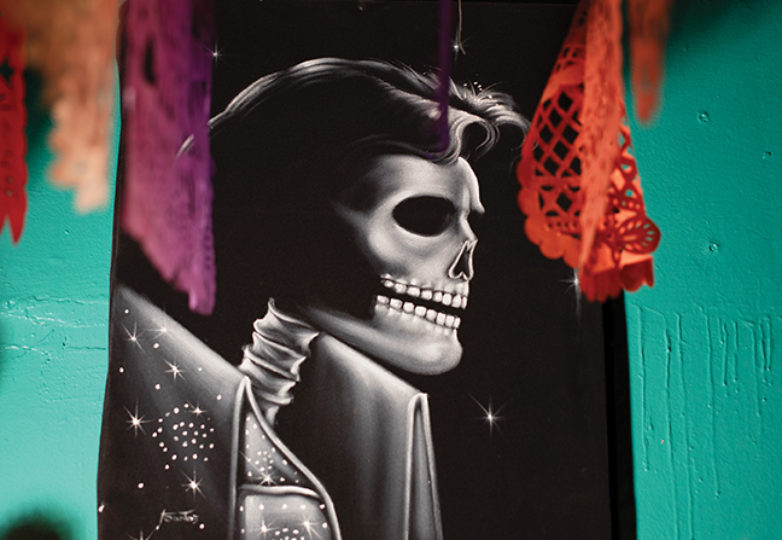 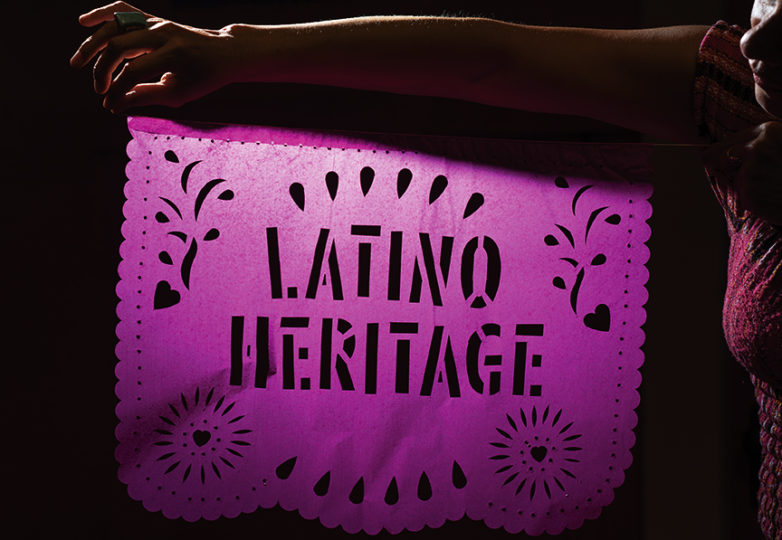 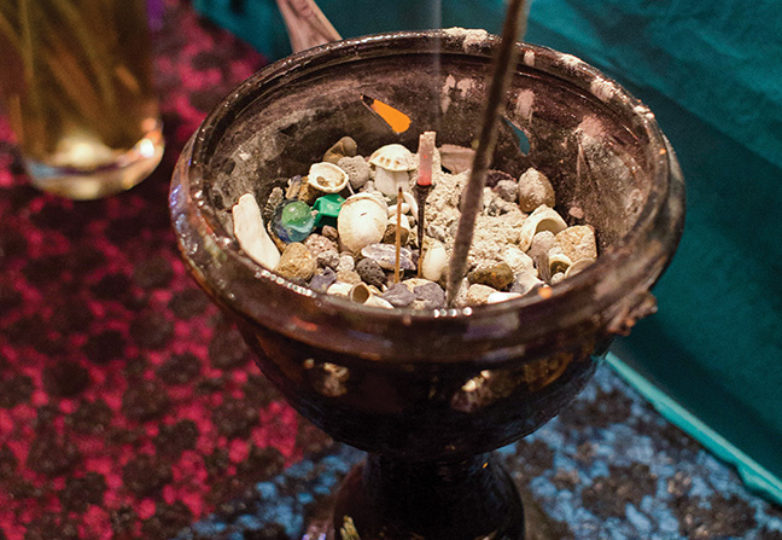 A copal (incense made of tree resin used during traditional Mexican ceremonies to cleanse and purify the space) burns during an altar building workshop for the upcoming Día de Muertos, led by Casa Bonampak owner, Nancy Charraga in San Francisco Calif., on Oct. 13, 2018. Photo: Lara Kaur 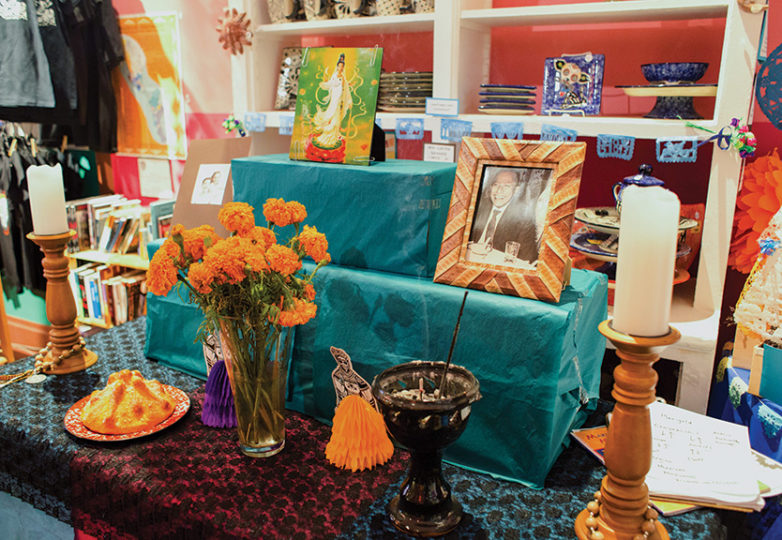 An altar built by participants during a Día de los Muertos workshop is seen inside Casa Bonampak on Oct. 13, 2018. Photo: Lara Kaur 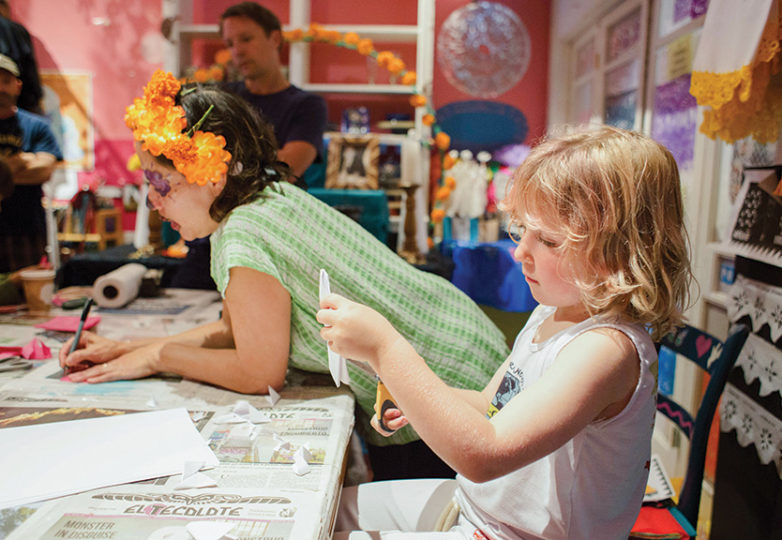 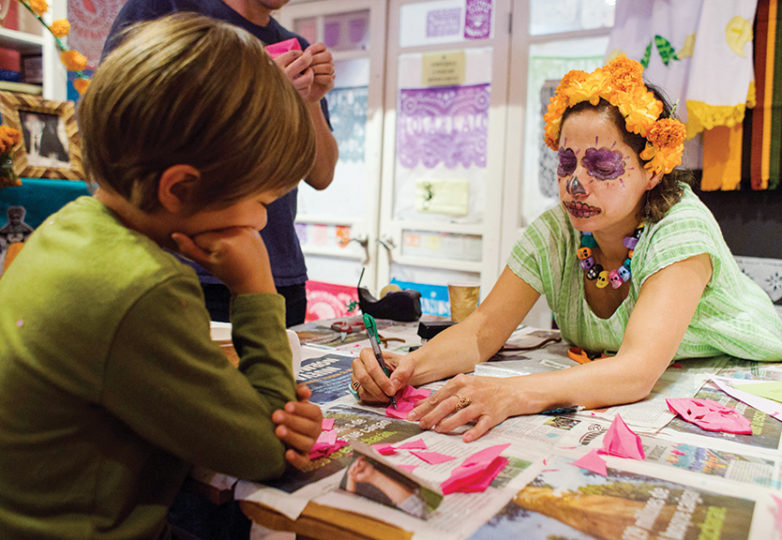 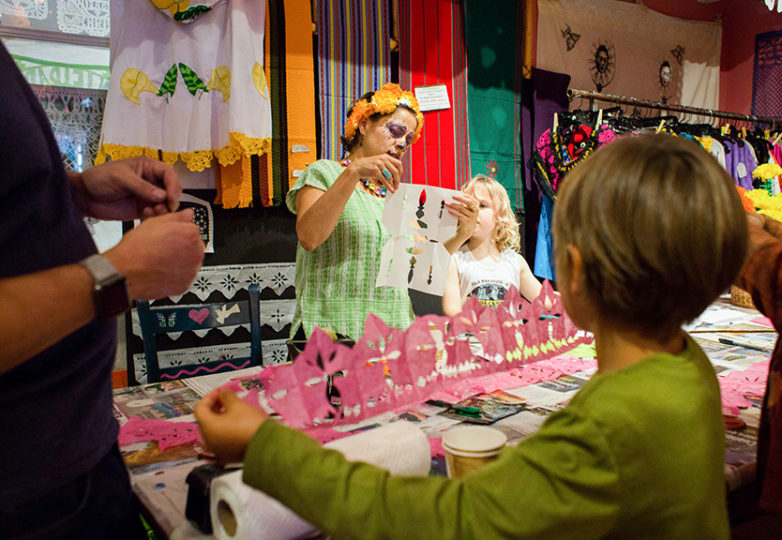 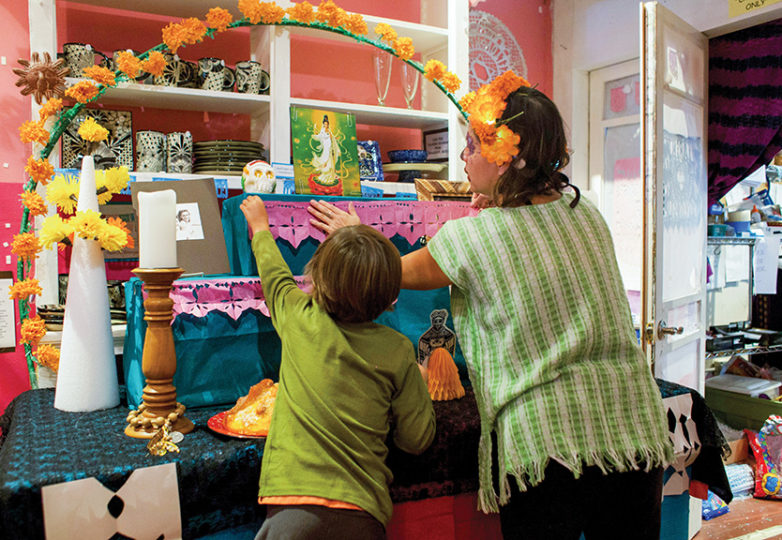 Piñatas and papel picado hang from the ceiling, clothing and jewelry adorn the walls next to card stock paper flowers, and Trump piñatas sit in the windows on display for those passing by.

This is the scene at Casa Bonampak, the Mexican craft store located at 1051 Valencia St. (between 22nd and 21st streets). But now after 23 years of providing cultural guidance for those who seek it, Casa Bonampak’s owner, Nancy Charraga, has decided to sell.

“I have survived gentrification. I personally do not feel threatened or stripped in any way from my culture,” Charraga said. She just feels the time has come for her to let go of her shop to serve the community in other ways. “In this day and age we have to keep relevant.”

In a changing neighborhood like the Mission—particularly Valencia Street, which has been almost completely gentrified—Casa Bonampak is a symbol of resistance. Charraga acknowledges that the tide has changed in the Mission. She accepts the change while some in the neighborhood express fear. That’s why she wants the community to understand the next phase in her life.

“The Mission has shaped me, this business has shaped me,” Charraga said. The community had become like family to Charraga. She remembers the time a local man tried to break the shatter-proof glass and steal from Casa Bonampak. That was when a homeless man, who was a contractor, came to her aid and fixed her window. The support that has been given by the neighborhood is a tribute to the impact Casa Bonampak has made.

“The experience I had there is really beautiful. I like how open to the community the store is,” Osmary Davila, 18, said. Davila has been an intern at Casa Bonampak for more than a year. She discovered the store through the Good Samaritan Family Resource Center, and selling merchandise there was Davila’s first job.

Casa Bonampak specializes in imported goods made by Latin American artisans and Charraga has personal and professional relationships with the artisans she works with. She closely consults them from the moment the order is placed to the delivery.

Charraga has expanded her shelves in the store to fit politically-influenced goods. This includes parodies of “Make America Great Again” hats associated with Donald Trump, and papel picado with Bernie Sanders’ likeness. In keeping with tradition, the business hours operate on “Mexican Time,” which translates basically to “as life happens.” Charraga understands this well.

“She is human. When I didn’t have a daycare for my two-year-old son, Nancy let me bring him to work. I love the store,” said Araceli Valencia, one of Charraga’s employees. “There is always something to learn from the community and the culture.”

Valencia has been working at Casa Bonampak for eight years, having first met Charraga through her sister.

“The essence of Casa Bonampak is to help the community,” Charraga said. Most recently Casa Bonampak has made the decorations for CARECEN San Francisco in honor of the late Salvadoran activist and icon, Archbishop Óscar Romero, who will be made a saint by the Vatican. She donates the proceeds of some of the imported goods to Mission High School’s “College Now” program — a college transition program for high school students.

Charraga is no stranger to organizations that want to empower the community. She learned the fundamentals of running a small business and completed a course run by Women’s Initiative for self-employment as part of the Alternativas para Latinas en Autosuficiencia (ALAS) organization. The attention to detail in tradition separates Casa Bonampak from the rest.

“It is important to preserve our culture with integrity,” Napaquetzalli Martinez said, an herbalist and healer at The Scarlet Sage Herb Co., which is also located on Valencia Street. Martinez admires the preservation of culture that Charraga has provided through Casa Bonampak.

Charraga is now ready to pay it forward, either by teaching Samba dance to the youth or drop-in culture classes every Saturday from 1-3 p.m. for the rest of October, where she’ll teach people about Dia de los Muertos and how to make an ofrenda. She also hopes to be a consultant for Casa Bonampak when it is sold. A CPA (certified public accountant) will determine the value of the business to the right buyer.

“I feel there is a spiritual need for this store to continue in the community,” Charraga said.