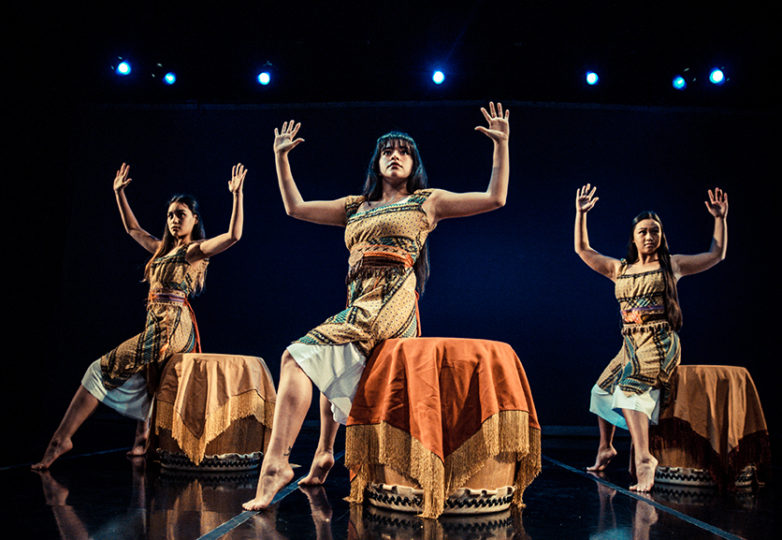 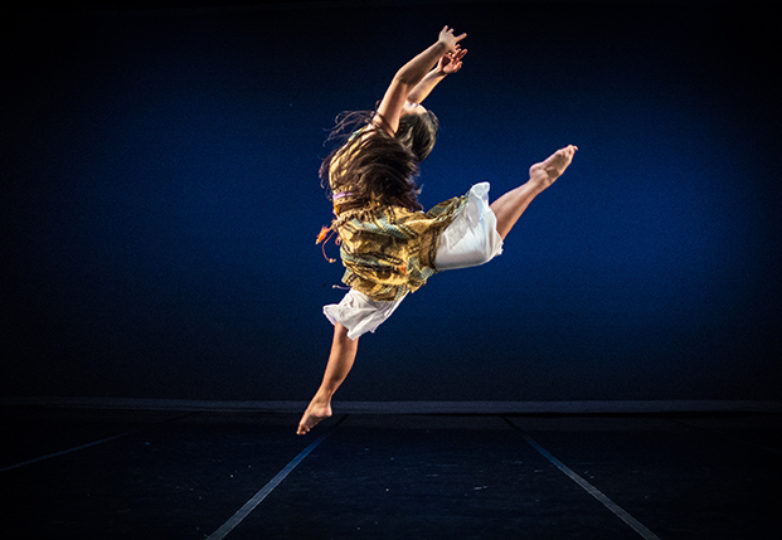 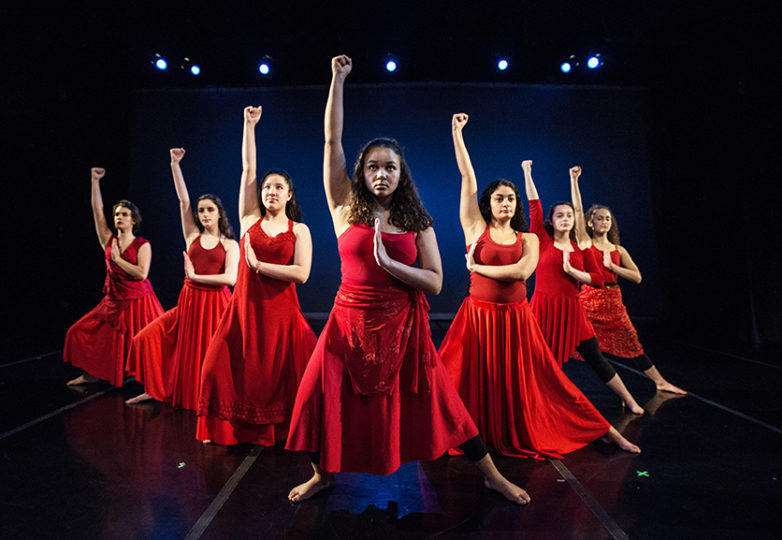 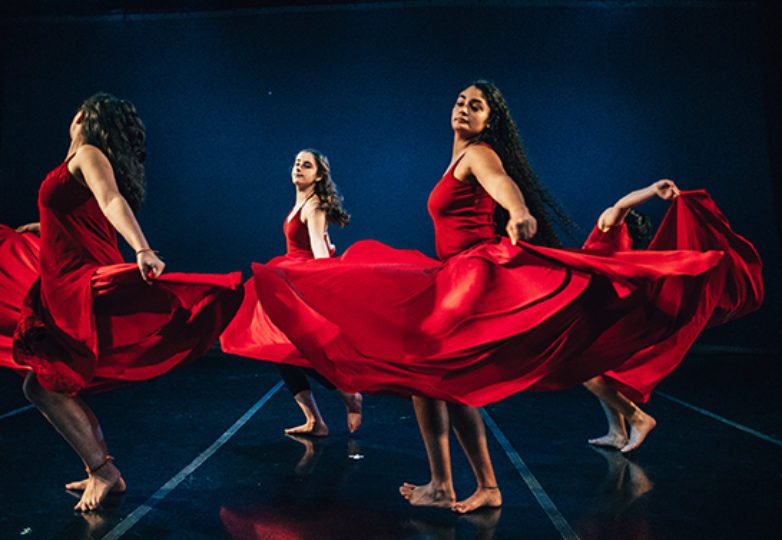 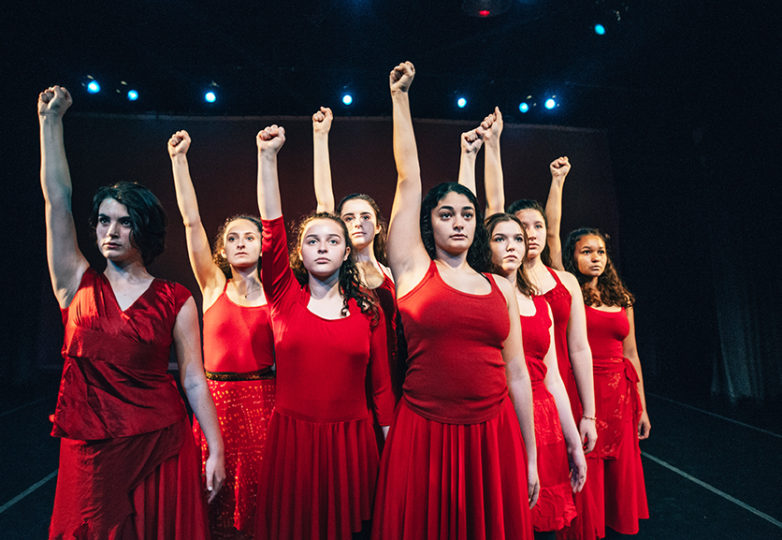 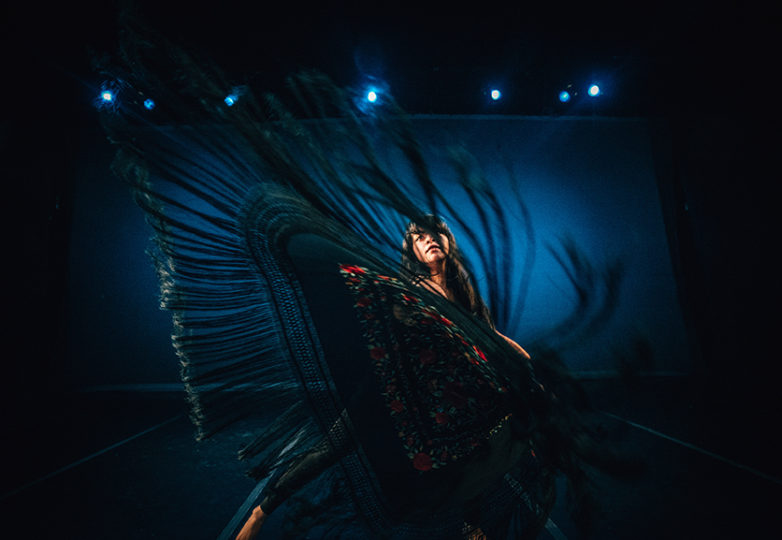 Marivel Mendoza, a founding member of Grrrl Brigade and current Dance Brigade member, dances to Calle 13 as she rehearses her routine in recognition of America Latina on March 21 at Dance Mission Theater, for the upcoming “Dancing on the Edge of the World” performance. Photo: Robbie Sweeny

Grrrl Brigade, the female youth dance and leadership development program run by Dance Mission, is celebrating its 15th anniversary April 28 with “Dancing on the Edge of the World,” a performance based on the book “A People’s History of the United States” by Howard Zinn.

The performance will include pieces from the past 15 years of Grrrl Brigade’s repertoire that relate to the untold stories of the people that were integral to the founding of this country, beginning with the Indigenous people of Turtle Island—the name given to North America by some indigenous groups.

“There was an original piece in 1993 we created for the Columbus Day [Quincentennial], 500 years after Christopher Columbus showed up, and it was an anti-Columbus and anti-Columbus Day piece,” said Dance Mission Director Krissy Keefer. “So we took the structure of that and created this performance for our 15th Anniversary.”

Grrrl Brigade began as a youth offshoot of Dance Brigade, which was founded by Keefer in 1984 as a “female and feminist” dance troupe whose material addresses issues of female empowerment and activism.

“We really needed a youth program that emulated our values,” Keefer said. “So we created Grrrl Brigade, and now we have the Jr. Grrrl Brigade as well.”

Grrrl Brigade’s mission is to empower young women and promote female camaraderie and leadership through dance and drumming and performance.

Grrrl Brigade has a “no shame, no blame” philosophy in its approach to dance, according to Marivel Mendoza, 22, a Grrrl Brigade alumni and current Dance Mission instructor. They are body positive, having no height or weight requirements for the girls. Participation is based on skill level and age. The ages of the girls range from nine to 18 years old.

Participants evolve in the program and are provided training in different aspects of dance at Dance Mission, including modern dance, Afro-Cuban modern, taiko drumming, belly dance and hip-hop. The program is performance art based, utilizing song choice, drumming and text to convey their message as well.

“I started in the Jr. Grrrl Brigade, for middle school-aged girls,” Mendoza said.  “You get to see the older girls, and it pushes you as a younger dancer to be better and work towards being like the people we see as leaders in the program. All ages come together before shows and during shows. It’s really cool in the upcoming performance to see some of the younger girls perform pieces I’ve done in the past.”

The performance will not only address history, but will also touch on modern issues such as police brutality, and Islamophobia in America. Mendoza highlighted a piece entitled Weapon of Choice, which is all about encouraging young women to have to confidence to use their voices and be heard.