“We are here to celebrate the exceptional work you do throughout the year,” said San Francisco Press Club President Antonia Ehlers. “We know how hard you work—the late-night deadlines, breaking stories and the ever-changing pace of news. You do your best every day to tell your stories with honesty and integrity. This year, we had more entries for this contest than ever before.” 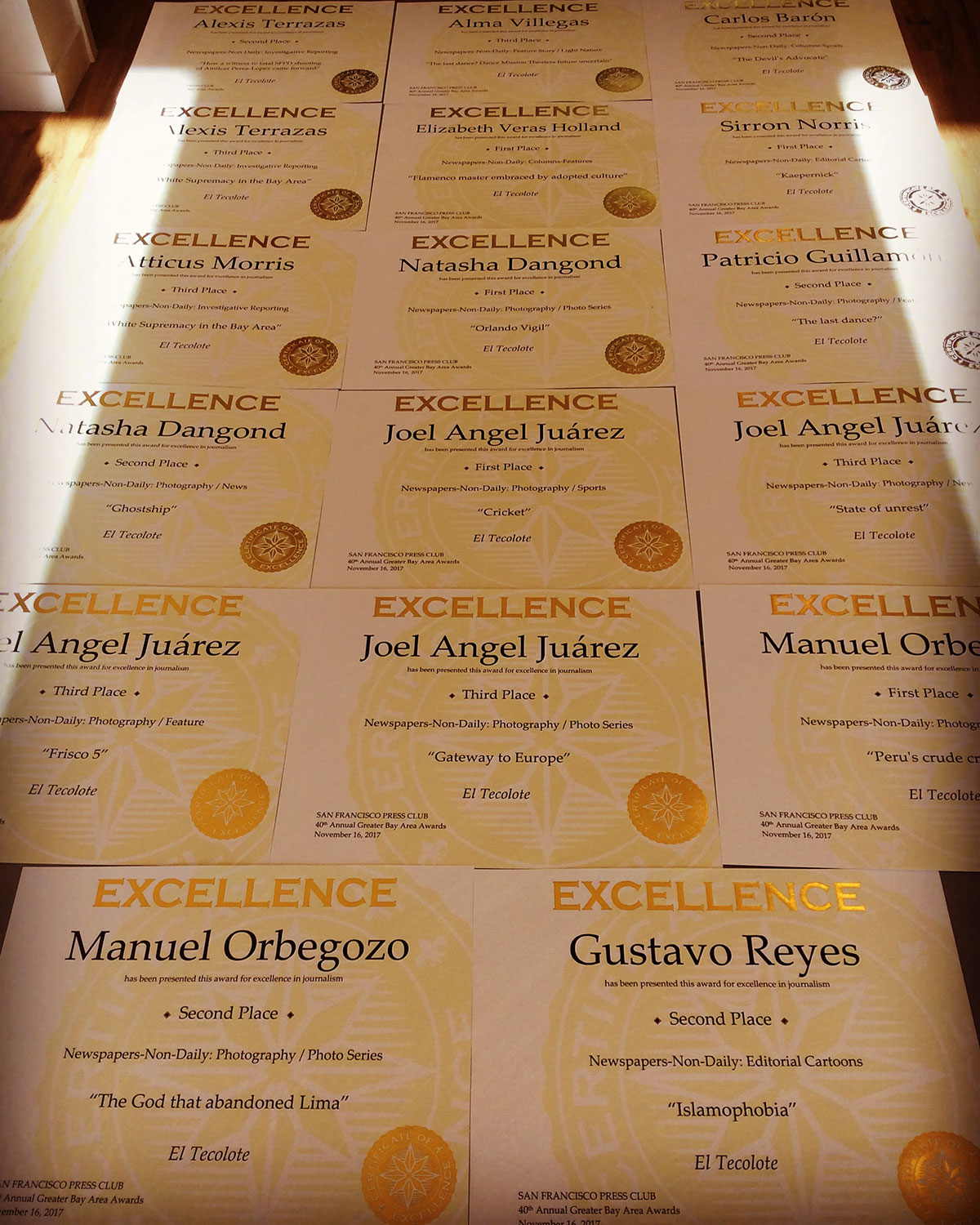 El Tecolote staff was also honored with first place in the “Front Page Design” category for the cover of it’s 2016 post-election issue “Rise,” which displayed an image taken by photographer Desiree Rios.

Additionally, columnist Elizabeth Veras Holland placed first in “Columns/Features” for her piece “Flamenco master embraced by adopted culture,” and Carlos Barón placed second in “Columns/Sports” for his “The Devil’s Advocate” column “You are paid to run, not to think.”

In the category of “Editorial Cartoons,” Sirron Norris and Gustavo Reyes placed first and second, respectively—Norris for his “Kaepernick” illustration (part of his City Fruit series), and Reyes for his illustration of “Islamophobia.”

El Tecolote was also recognized for its investigative journalism. In the “Investigative Reporting,” category, KQED’s Alex Emslie and Nicole Reinert and El Tecolote Editor-in-chief Alexis Terrazas took second place for a collaborative piece on Amilcar Perez-Lopez. And Terrazas and El Tecolote’s English copy editor, Atticus Morris, placed third for their investigative report on the mainstreaming or White Nationalism in the Bay Area during the Trump era.

For a complete list of awards, please visit: http://sfpressclub.org/2017/11/16/2017-greater-bay-area-journalism-award-winners/