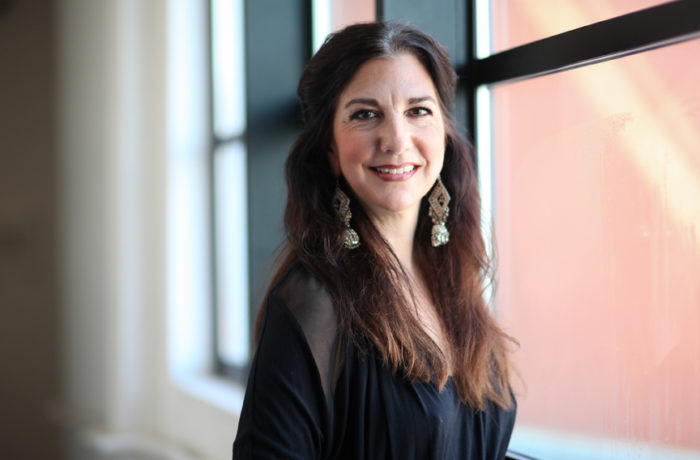 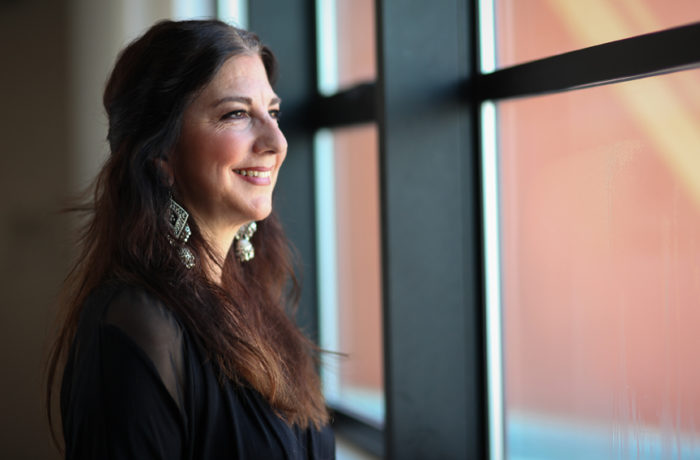 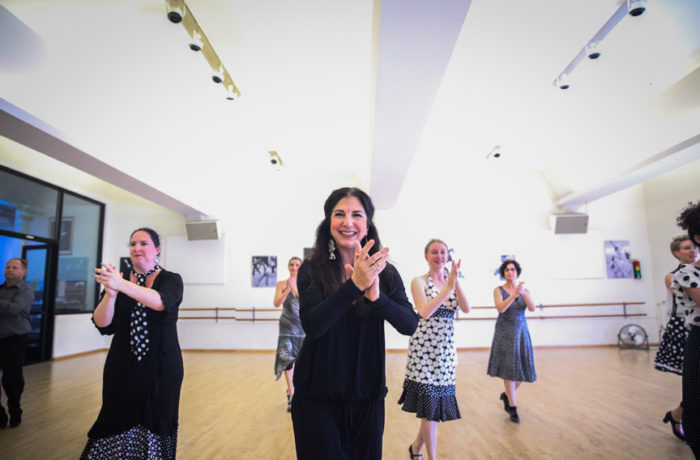 Master flamenco teacher and choreographer, Danica Sena dances with a group of her students on June 11, during rehearsal for an upcoming performance which will be held June 18-19 in the ODC’s Global Dance Passport showcase. Photo Ekevara Kitpowsong 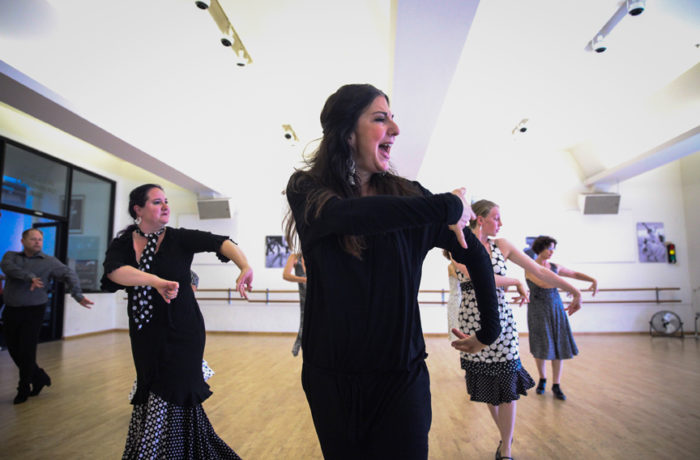 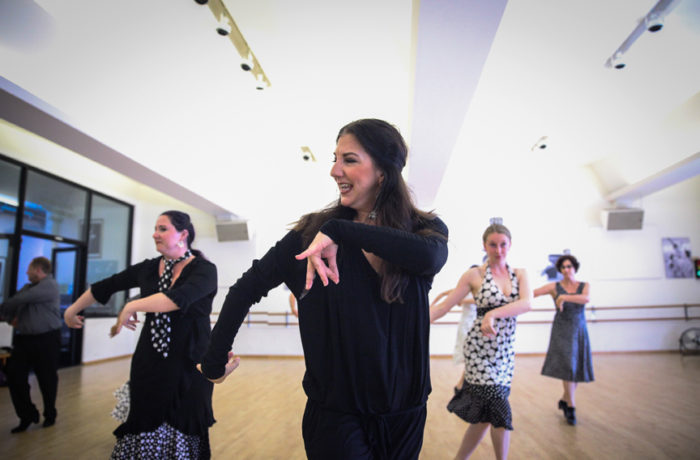 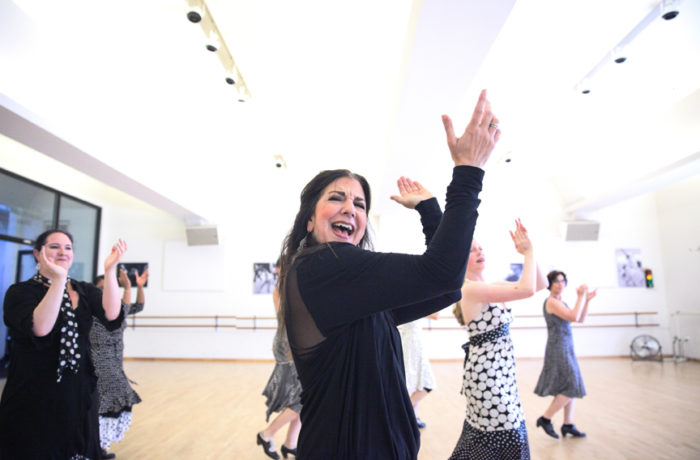 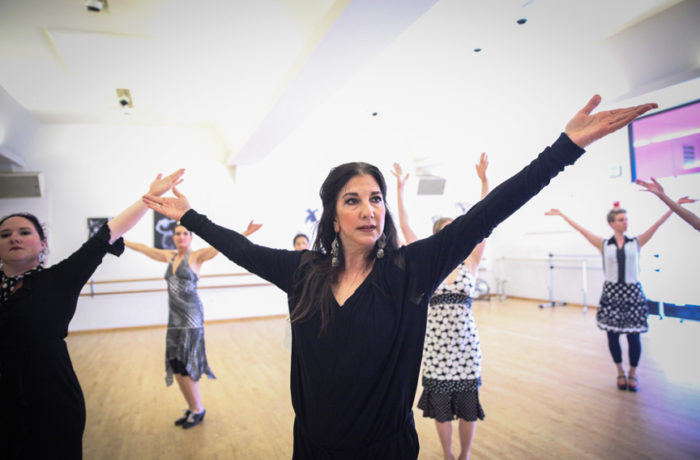 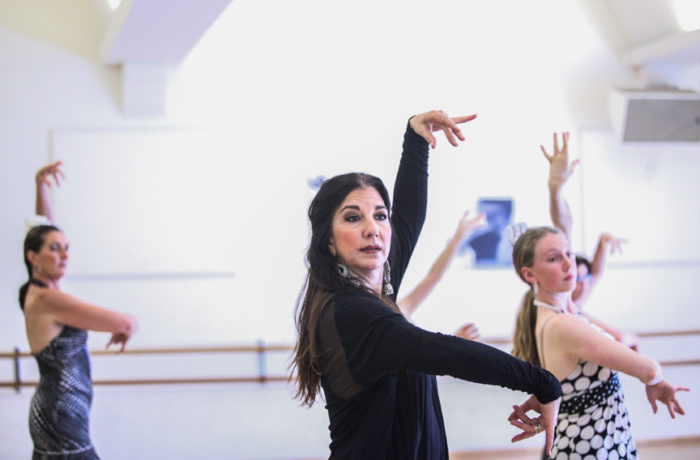 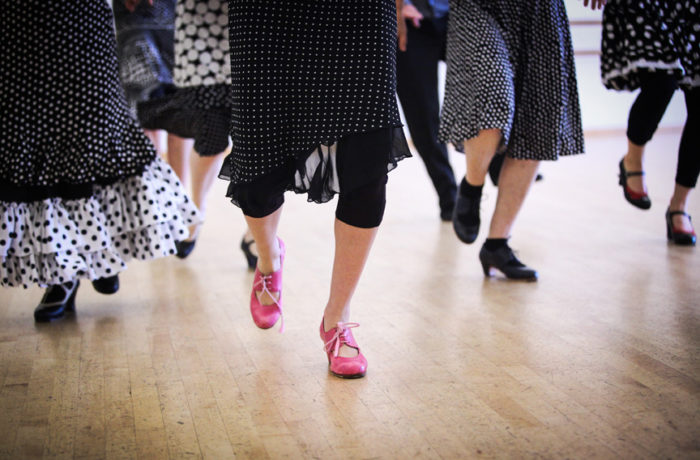 Students of flamenco teacher Danica Sena dance on June 11 at ODC Dance Commons in rehearsing for a performance which will be held June 18-19 in the ODC’s Global Dance Passport showcase. Photo Ekevara Kitpowsong 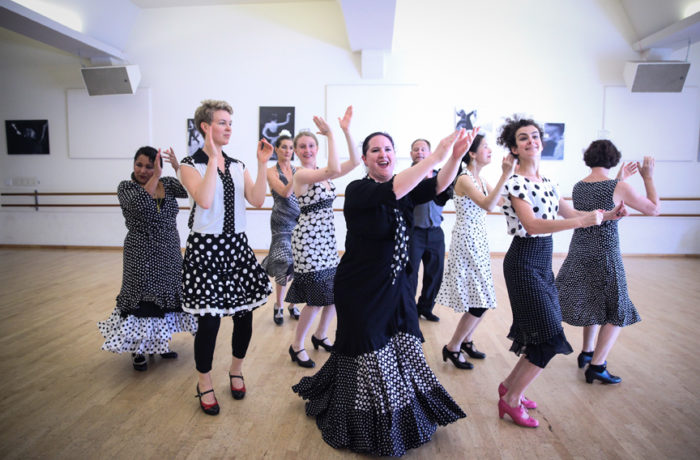 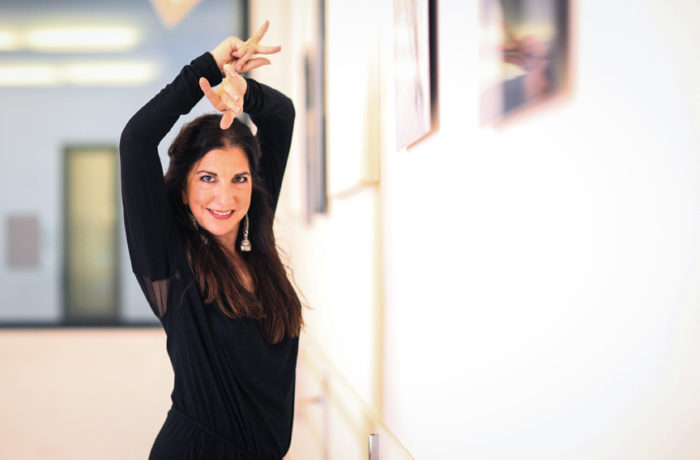 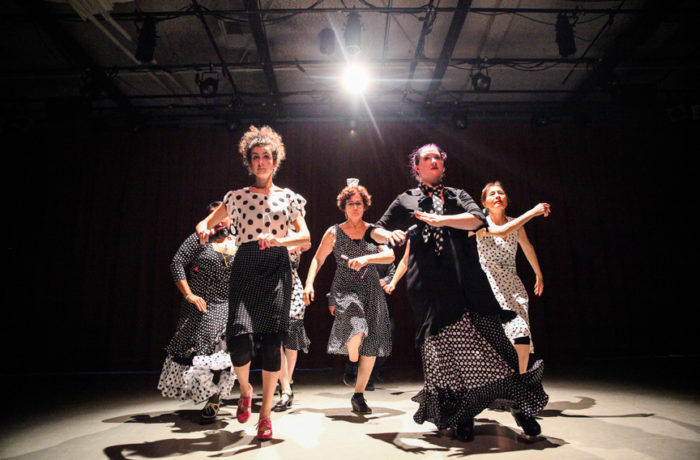 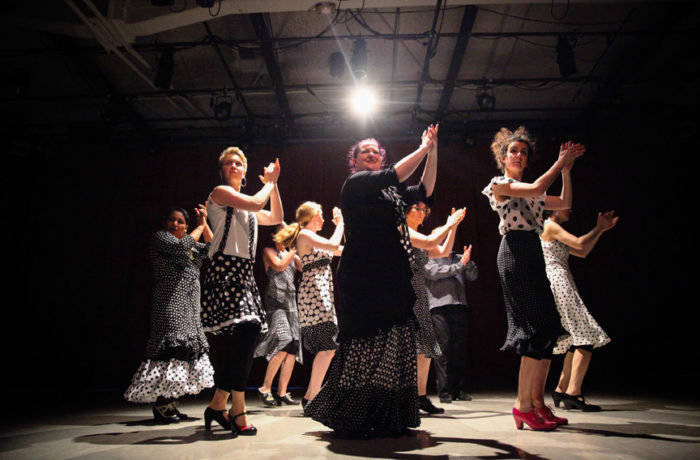 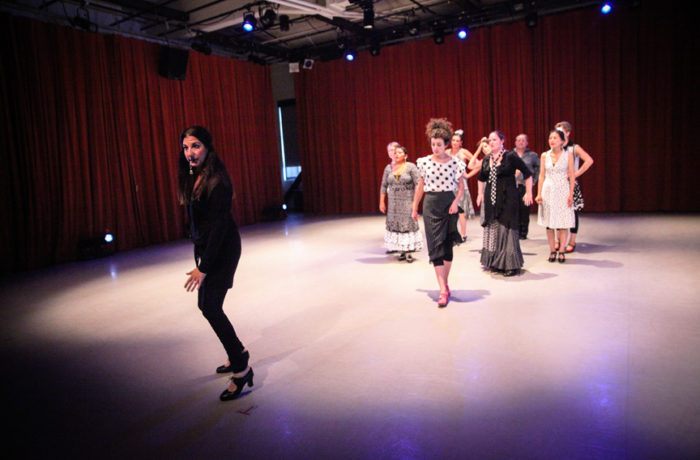 Flamenco teacher and choreographer, Danica Sena dances with a group of students on stage at ODC Dance Commons on June 11, during the rehearsal for a performance called “Juerga B.” This performance will be held on June 18-19 in the ODC’s Global Dance Passport showcase. Photo Ekevara Kitpowsong 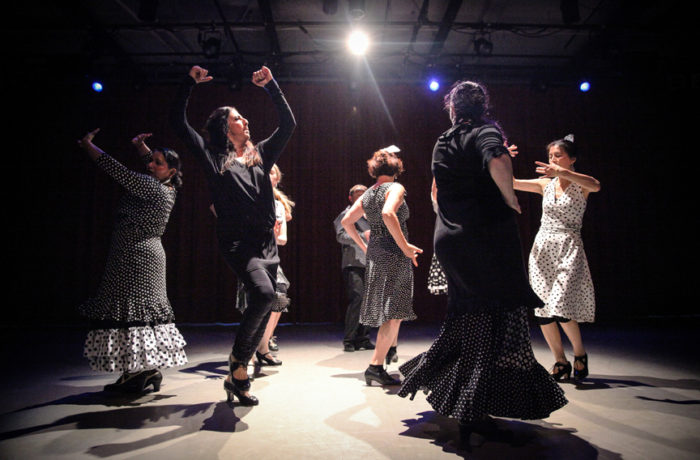 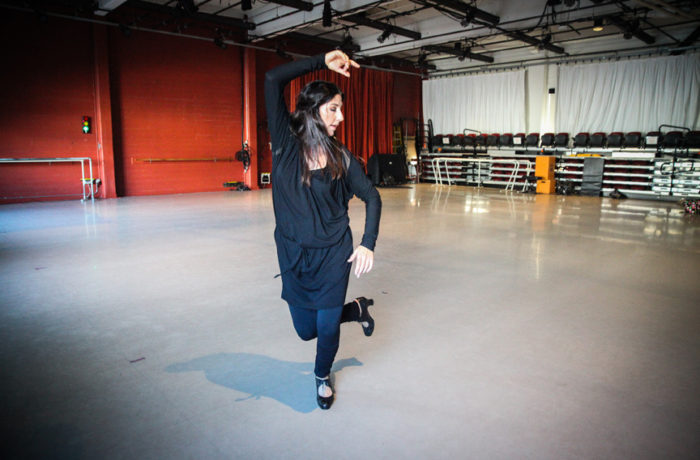 We learn at a young age how to identify with our culture. If we “look” a certain way, then it can be simple, but for some of us, it’s anything but simple.

Growing up as a bicultural “white Latina,” I spent years questioning where I belonged in the Latino community. It didn’t matter that I spoke Spanish, or that Latino culture was in fact in my blood. I could not bring myself to identify with the community because my outward appearance.

I have since become fascinated with people who fall in love with a culture, whether it’s their own or not.

A little over a year ago, I volunteered at the Oberlin Dance Collective (ODC), a nonprofit dance studio on Shotwell Street in the Mission. This is where I first heard of master flamenco performer and teacher Danica Sena—and literally, I mean heard.

The stomping of flamenco shoes and the strumming of guitar strings, along with her booming voice giving instructions in Spanish, I felt chills every time.

My volunteer job ended, but often I found myself thinking about this woman who exuded so much passion and strength, and then I learned that she wasn’t technically Spanish.

Sena’s Serbian parents immigrated to the United States, and although she is connected to her Serbian culture, the Spanish culture called to her from a young age so much so that she majored in Spanish language/literature in college.

She spent a year abroad at the Complutense University of Madrid, where she found flamenco and the rest is history.

She describes her first encounter with flamenco as love at first sight. Already a trained dancer in other disciplines, she was seeking a dance class of some sort in Madrid and came across a woman teaching Sevillanas (which is similar to flamenco) in a neighborhood gym.

“I looked through a small window of one of the studios and saw this dance being taught and I was intrigued,” Sena said. “I asked if I could take the class and began studying it, taking to it very quickly. I became obsessed with it.”

She moved to San Francisco shortly after returning from college to study with Spanish gypsy dancer Rosa Montoya; 20 years later, Sena’s is a flamenco master.

When she dances, she commands the stage, with every stomp syncing perfectly with the rhythm of the guitar. She’s able to tell a story with only her movement and the music behind her.

“Flamenco is an art form. It’s about communication. It’s about commitment,” said Sena. “A flamenco dancer is not just a dancer. She is a musician. She is a vehicle of expression. This art form gives me the ultimate freedom to unleash all my passions and the full range of human emotions.”

Yet, unlike myself, Sena doesn’t question her role in flamenco and Spanish culture.

She has been welcomed with open arms into the Spanish community, having taught several flamenco workshops. She has performed in Spain, and even has been named a cultural ambassador by the Ministry of Spain.

And locally she has created her own dance community at the ODC, teaching eight classes a week and requiring dedication and commitment from her students. Her work is original, composing student performances from scratch. Her advanced class will be performing in ODC’s upcoming Global Dance Passport showcase on June 18 and19, with Sena dancing in Sunday performance, before heading off to Spain to teach for the summer.

Before getting to know Sena, I thought I was going to hear about how hard it was for her to immerse herself into a culture that isn’t technically her own. I was wrong. I admitted this to her, and I revealed my own insecurities regarding my place in Latino culture. And sternly, she told me to embrace it. She told me how much she loves speaking Spanish. The words sing. I think of how much I love speaking it too. I think it’s important for all of us to embrace the culture we find ourselves loving. We may be surprised to find we are met with open arms.

Local Flamenca dances to her own beat