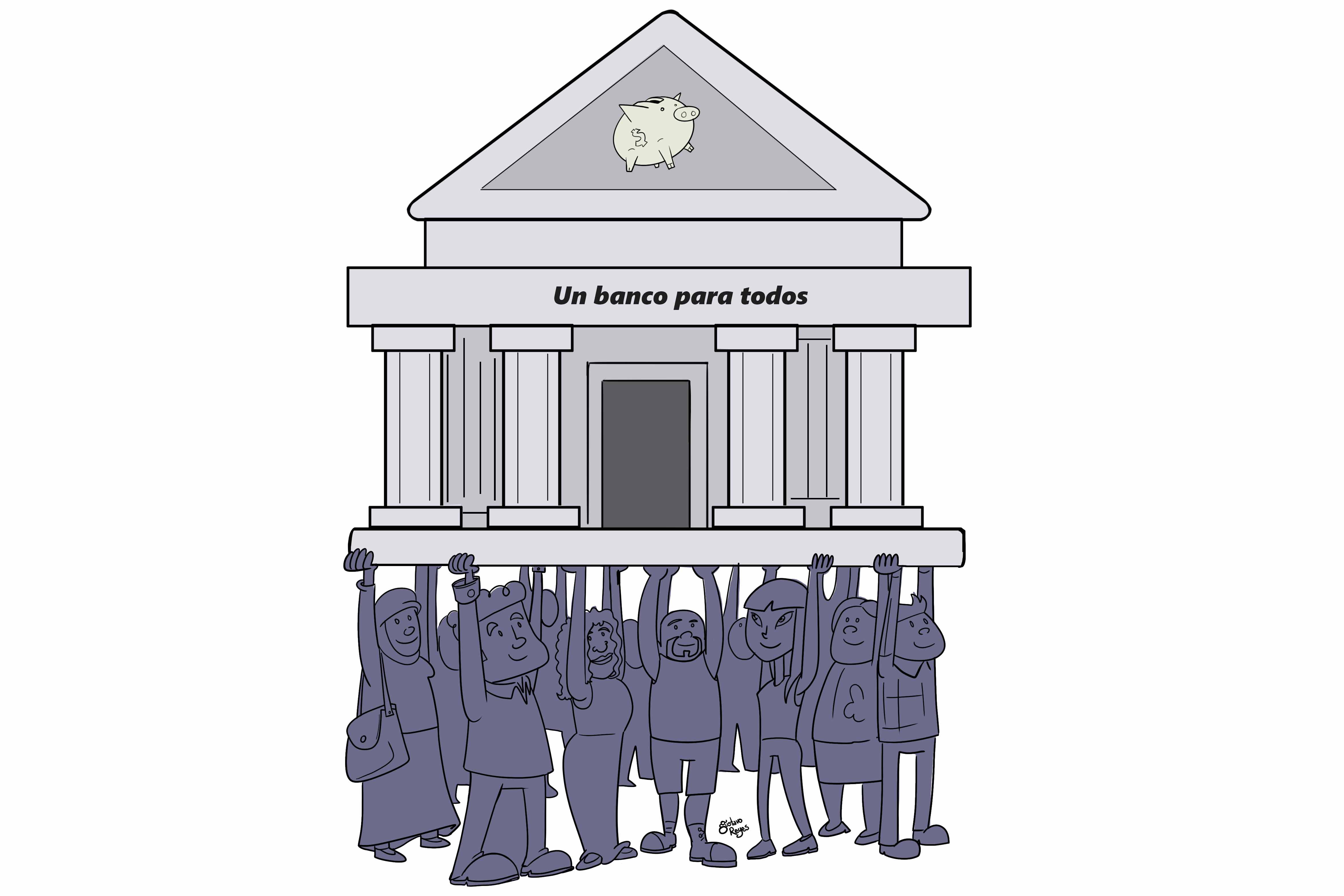 Citing historic levels of economic inequality in the United States, a grassroots movement to create a public bank in San Francisco has been steadily gaining momentum over the past two years. The SF Public Bank Coalition—a diverse assembly of individuals from many organizations including SF Defund DAPL, SF Berniecrats, ACCE, DSA SF, SF Tenants Union and California Faculty Association-SFSU—is demanding that the city divest $11 billion from Wall Street and establish a government-owned taxpayer-funded financial institution.

Unlike a conventional municipal bank, which would take taxpayer and general pool funds and invest them in the stock market, a public bank beholden to voters could use funds to invest directly into things like affordable housing or green energy. With the focus being on the taxpayers’ money and not on lending to each citizen, advocates for a public bank argue it would be in a better place to make sustainable and renewable investments.

The coalition’s primary goal is to take power from the capitalist establishment and give the people control over their own money.

Following the tumultuous events of 2016, the SF Defund DAPL Coalition was formed to push the Board of Supervisors to pass a resolution urging the treasurer to screen out Dakota Access Pipeline (DAPL)-related investments in March 2017. A month later, supervisors passed a resolution identifying and pursuing opportunities to create a municipal bank.

“The idea is not to have a retail bank with ATMs and checking accounts. It’s to be a ‘bank’s bank,’ to expand the lending capacity of the entire in-state small bank network and that’s a really formidable form of competition for Wall Street banks,” explained SF Public Banks Coalition co-founder Jackie Fielder.

Although numerous public banks exist throughout the world, there is only one here in the United States: the Bank of North Dakota (BND). Originally established for farmers struggling to obtain traditional bank loans, BND has provided the state with stable and cost-effective loans and investment for a century.

However, because BND spent millions funding law enforcement and camp breakers during the battle over DAPL at Standing Rock Sioux Reservation, advocates see BND as more of a case study on the durability and structure of what a U.S. public bank could look like, rather than a blueprint for how to establish it.

Fielder, who said she was inspired to help build the movement after witnessing firsthand the violence that erupted at Standing Rock in 2016, listed a few of the principles that would ideally guide the coalition’s bank. They include: local control, community wealth building, public welfare, accountability and transparency, service to underserved communities, Indigenous rights, and of course public ownership.

“My relatives [were] facing water cannons, tear gas, concussion grenades just defending their only source of water,” Fielder said of her experience at Standing Rock. “I’m Lakota and this was repression that happened on Lakota ancestral lands and treaty territory.”

When Fielder returned home to San Francisco, she felt the urgency from the camp came with her.

“I convened a really ad hoc Facebook event to get people to roll out to City Hall to push the supervisors to divest, but even though we got a resolution for the city to look at its investments more responsibly, that’s not fully divesting,” she said. “We’re intent on making sure the city divests.”

How feasible is a public bank?

Amanda Kahn Fried, a spokesperson for San Francisco Treasurer, said that while the process has support, it will take quite a while to establish this bank. According to a Nov. 1, 2018 report published by the Municipal Feasibility Task Force (the task force in charge of determining the possibility and timeline for a public bank in San Francisco), any public bank would need at least 50 months to generate a profit.

“One of the things that the treasurer has said repeatedly is people come talk to him about the idea of public banking all the time,” Kahn Fried said. “And almost everybody who talks about it has a different idea of what it should do.”

The feasibility report presented four models for what a public bank might look like. None of the models, however, mentioned green energy investment or student loans, two key issues at the core of the San Francisco Public Bank Coalition’s platform.

Fielder says that green energy investment and student loans have been repeatedly stressed by her group as crucial to the establishing of any sort of public bank.

“We have stated that we want a bank that finances small businesses, affordable housing, clean energy and student loans. That’s been our four main pillars this whole year and a half,” she said.

Marc Armstrong is president of Commonomics, a 501(c)(3) nonprofit organization that advocates against predatory capitalism and privatization. From his vantage point he offered some insight as to how green energy investment could be handled from a banking perspective.

“The issue with that,” he said is, “How do you reduce the risk to the bank so that the bank is secure in making that loan and that the risk is not transferred from the property owner to the bank owner?”

Armstrong said federal programs like PACE, with a localization in Sonoma county (Sonoma County Energy Independence Program (SCIPE)), could help with that very concern. PACE would set up loan payments as a property lien, showing up on the residents’ property tax.

A public bank, explained Armstrong, would actually make a better partner than a private bank for carrying out a government program such as PACE. Private banks have, so far, shown little interest in taking the lead for crucial clean energy investment.

At a Jan. 10 event co-sponsored by the SF Public Bank Coalition and a slew of progressive politicians and leftist organizations, an excited crowd packed the Mission District’s Women’s Building. The event was dubbed a “launch” by Public Bank Coalition co-founder Kurtis Wu, who made sure to let the antsy crowd know that they would be in for a “fight.”

District 1 Supervisor Sandra Lee Fewer, one of those in attendance, was emphatic in her support for the public banking movement, “because it is fucking time!” she said. “There is no social justice without economic justice.”