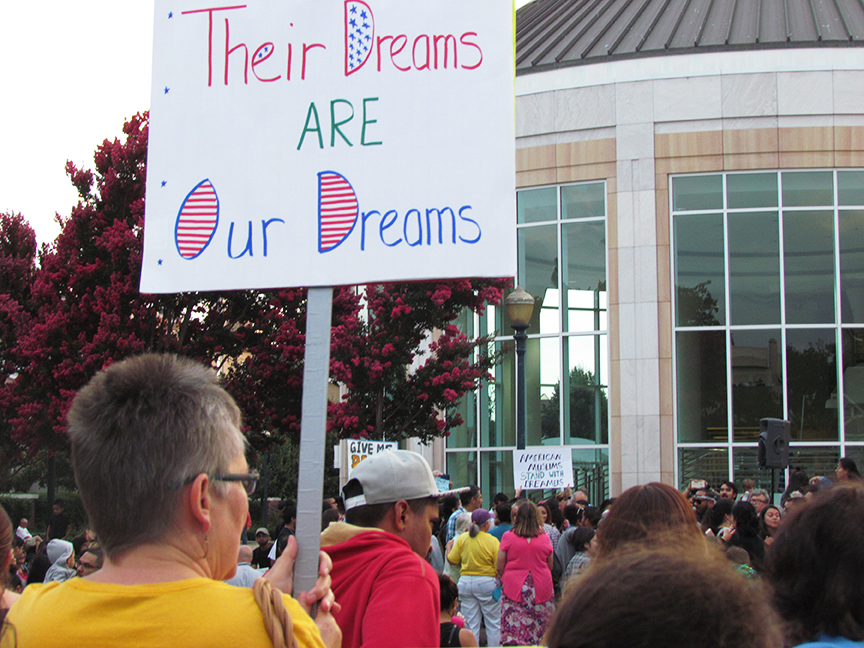 Of the 11 million undocumented immigrants currently residing in the United States, an estimated 1.3 million (or about 12 percent) qualified for Deferred Action for Childhood Arrivals (DACA).

Commonly referred to as “DREAMers,” these are the children of undocumented immigrants, who were brought to this country “through no fault of their own,” so goes the progressive narrative. But framing the issue this way, while extending some much-deserved empathy toward these undocumented youth, implicitly places a heavy blame on their parents.

The narrative that there are DREAMers and then there are all other groups of undocumenteds, isn’t progressive at all, it’s divisive. Though well-intentioned, the term “DREAMer” (popularized by UCLA immigration student activists Cinthya Felix and Tam Tran who supported the proposed DREAM Act of 2010) pits the “model immigrant” against those that are “undesirable.”

When we back so-called progressives like Nancy Pelosi for instance—who hosted a press conference in San Francisco back in October to support a new DREAM Act, but proposed no legislative protections for undocumented parents—we turn our back on the rest of the 11 million, who deserve to be heard as much as any other immigrant. It probably shouldn’t be surprising then, that Pelosi’s presser was interrupted by a group of undocumented youth, who shouted her down with chants of, “all of us, or none of us.”

It was a righteous act. And even though it wasn’t well-received by everyone (including by some in the undocumented community) the message needs to be heard. DACA wasn’t accomplished by immigrant youth advocates sitting politely by as the Obama administration deported people in record numbers. No, DACA—which Senate Democrats felt was important enough to force a three-day government shutdown this past weekend over—came about as a result of actions like those that took place during Pelosi’s presser.

Contrary to the opinions of many on the right, the vast majority of undocumented immigrants didn’t come to the United States to soak up resources. (In fact there are multiple studies that show how undocumented immigrants actually help contribute to the economy.) The DACA parents made a very difficult choice, risking everything to bring their children to a foreign country on the chance that their children might, through hard work, enjoy a better life. In a way that makes these parents the real DREAMers. Their children are just undocumented Americans.