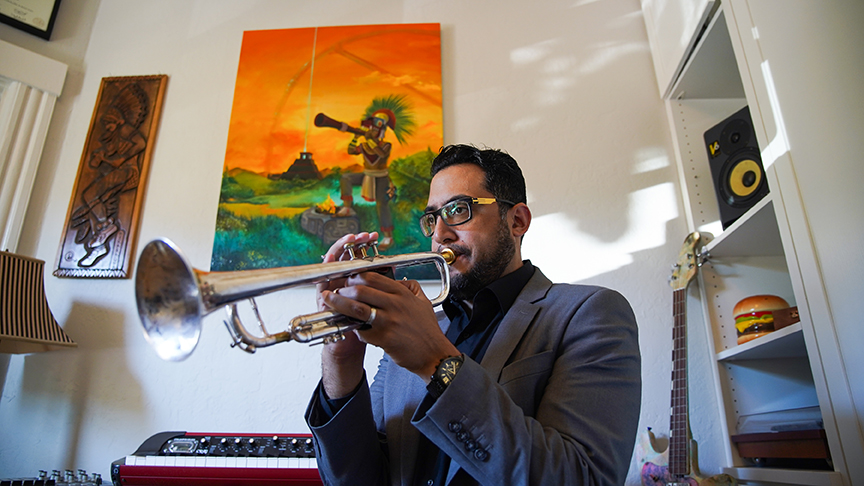 Sorry to bother you, but you need to know about Mario Alberto Silva. The 39-year-old Nicaraguan-American trumpet player from San Francisco’s Mission District is about to blow up.

Since 2015, Silva has earned a Grammy for his work on the album “Strictly Roots” by Morgan Heritage, a master’s degree in music performance from Cal State East Bay in 2017, and in 2018 he won plaudits for collaborating on the music for Boots Riley’s very well received film, “Sorry to Bother you.”

Despite contributing music for a film currently being critically lauded nationwide, the hard work for 2018 isn’t over for Silva, whose debut record, “Pan-American Sonata,” is scheduled to drop in Winter of 2018.

It’s a versatile album musically, equally suited for the dancefloor, or a relaxing evening at home, or simply to lift the spirits of the listener.

Greg Landau, a Bay Area producer of over 70 records (including “Pan-American Sonata”) and frequent Silva collaborator, said the record is an exploration of Hispanidad. “You rarely hear the musical voice of Central America and I think that’s what this record is all about,” said Landau. “It’s an important statement and he has an important voice in Latin jazz.”

The veteran producer said the record is an opportunity for Silva to step out from being a sideman and become a band leader. 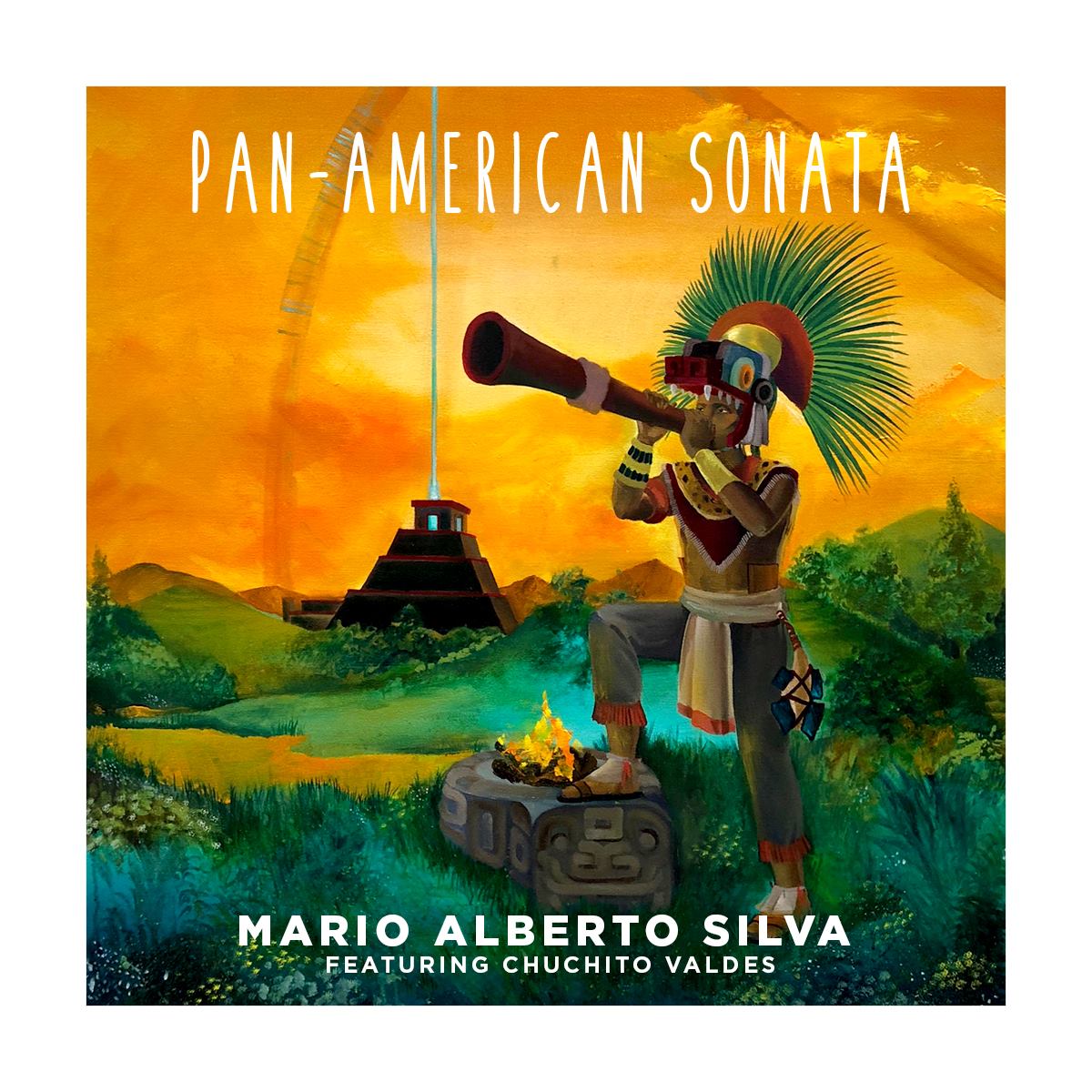 Silva’s “voice” created in “Pan-American Sonata,” an eclectic mix of Latin jazz, ragtime, Cuban son, and in some cases even Electronic Dance Music.

Silva purposefully set out to include various different sounds and genres on the record as a sort of homage to Nicaragua, where he said musicians have to be well versed in many styles. “Each track has a totally different story,” said Silva. “I tried to convey a different message and speak with my audience.”

He was also influenced by his Bay Area musical upbringing. “It’s something that I totally grew up with, doing the dances as a kid in the marimba and folkloric Nicaraguan music. That was the beginning of my roots,” said Silva. “My uncles, one is a DJ, a salsa DJ and my other uncle plays bass and sings. He introduced me to folkloric Cuban music as a kid. I would play with him and he taught me how to practice.”

The practice paid off. Silva has now toured close to 40 countries, playing in 29 of those with San Francisco band Rupa and the April Fishes, which culminated with a performance at Mehrangarh Fort in India. He called the experience “transcendental,” but insisted that he doesn’t have one favorite musical moment.

Silva doesn’t have a favorite country to tour either, as he prefers to let the environment inform and influence him and not the other way around. “It’s good to be selfless and just to take in what’s going on around you. I try to be as present as possible and to appreciate everything,” said Silva. “It’s about taking in energy. I’m an artist so I really try to take in the ether and the vibe and let it permeate me so that I can express it. To me, music is a sonic, cultural stamp of what’s happening at the moment.”

Despite not having a favorite country to tour, Silva did share a particularly notable gig in which he played at the surprise 38th birthday party of Roman Abramovich, the infamous Russian owner of Chelsea Football Club, an English team in the Premier League. Silva called the experience aboard Abramovich’s birthday in Napa, with armed guards and trophy wives, “surreal.”

The experience is one that Silva could not have imagined when he chose to play trumpet over instruments like piano, clarinet and saxophone, all those years ago while at College Park High School in the East Bay.

He probably could not have imagined that he would turn into what childhood friend and musical collaborator Mike Solomon called, “the go-to guy,” for musicians in the Bay Area. Solomon and Silva began their friendship and their music careers in band at the same middle school.

“Mario is the guy that everyone calls when they need a trumpet player,” said Solomon, who also worked on “Pan-American Sonata” with Silva, although he initially declined the invitation to do so. After some insistence from Silva, Solomon relented. Now that the record is finished, Solomon is glad he changed his mind. “I love it. It’s a wonderful record. It pushed me and was an eye opener for me and an experience I’ll never forget,” said Solomon.

Solomon points to Silva’s work ethic as the reason he and record will have success. “He deserves it because he works so hard,” said Solomon, while in the next breath sharing the story of how Silva woke up at 4 a.m. on the first night of his bachelor party to get some practice time in. “He has tremendous vision and is truly dedicated. He’s an innovator and right now, he is truly pushing the sonic envelope. All the stars are aligning for him and he is on the right path. He has the gift to create something new.”

On “Pan-American Sonata,” Silva set out to tell a story with each of the songs. He is simultaneously sharing the story of his own musical journey, the exploration of his Hispanidad and the ways different Latin and American musical genres can “intermingle.” The result is something like we’ve never heard before.

Pan-American Sonata will be released digitally in the Winter of 2018.