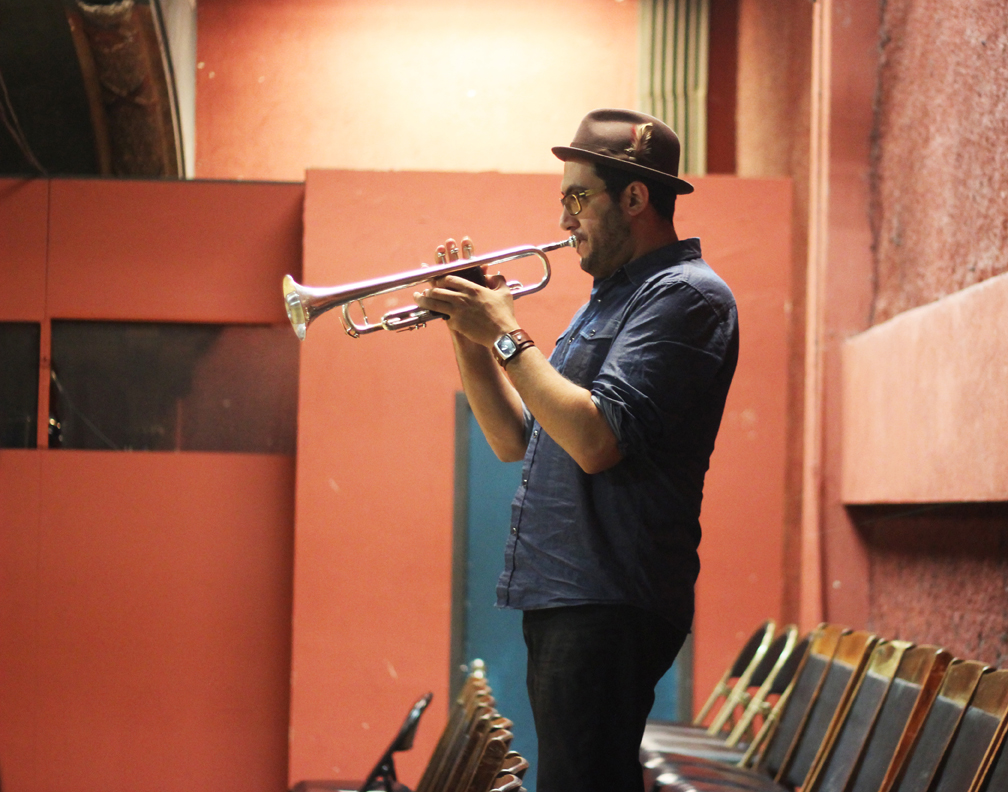 This year two Bay Area musicians were among the few Latinos nominated for Grammy awards, and both of them trace their roots back to Nicaragua.

Mario Alberto Silva, 37, and Camilo Landau, 34, both originally from the Mission District, say they felt a strong Nicaraguense presence at the 58th Annual Grammys on Feb. 15, despite the lack of representation through labels and awards.

“It was a surprise, a shock and an upset. It’s the first time a Nicaraguan band had been nominated for a Grammy,” Landau said.

La Cuneta Son Machin’s album “Mondongo,” which was co-recorded by Landau, was nominated for “Best Latin Rock, Urban or Alternative Album” alongside albums from more mainstream artists such as Monsieur Perine, Bomba Estereo, Pitbull and Natalia Lafourcade. Pitbull and Lafourcade tied for the award.

Both Silva and Landau say that their Nicaraguan roots play a part in who they are as musicians.

“I am really impressed with my generation of Nicaraguans, musically,” Silva said. “To see a band like La Cuneta come out and do what they are doing, you didn’t see this 10 years ago, 15 years ago. If anything was coming out of Nicaragua, it was going to be salsa or something like that.”

But a generation gap made it a bit difficult for Silva to connect with his Nicaraguan family on a musical level.

“I remember growing up learning and playing in school, and I would have my dad see me play or my grandma or my mom and I’d play some heavy jazz, and they would be like, ‘What are you doing?’” remembered Silva. “So I needed to figure out a way to communicate with them, with that generation with their style.”

Both Silva and Landau agreed that Nicaraguan bands are versatile in style and well versed in almost every instrument.

Landau says Nicaraguan music is “post-Latin,” which he describes as deconstructing traditional Latin rhythms and songs and reassembles them with a modern twist.

“[Bands] play a classic song like ‘La Cumbia Chinandegana,’ but then they take it and add rock guitar and they add a synthesizer,” Landau said. “They start playing it traditional and then flip it because the modern Nicaraguans are used to hearing all of those modern sounds.”

Landau said he started the label Round Whirled Records in 2010 with his uncle Greg Landau, a music producer and professor of Latin American studies at City College of San Francisco.

“We recorded a bunch of music and some of our friend’s music and we decided to put it out and mostly have an outlet where we can release it,” Landau said. “Sometimes musicians in the Bay Area don’t know what to do with the music that they make. They have the music but don’t have a good way to disseminate it.”

Round Whirled has released about 50 records, some of them being Grammy nominated like “Mondongo,” and there are about 30 artists on the label.

According to Landau, when it comes to music, you always have to put your best out there.

“There’s no gig too strange. Sometimes you do a gig and there seems to be more people in the band then in the audience. It doesn’t feel good, but you still have to perform your best because that one person might record it and put it on YouTube and a million people might see it,” he said.

As the Mission native who took home an award, Silva offers advice for future generations of young Nicaraguan musicians:

“Worry about you. Learn and listen to other people,” Silva said. “Always dedicate an hour or two every day to whatever it is that your goal is. It’s about time. Nothing happens overnight.”