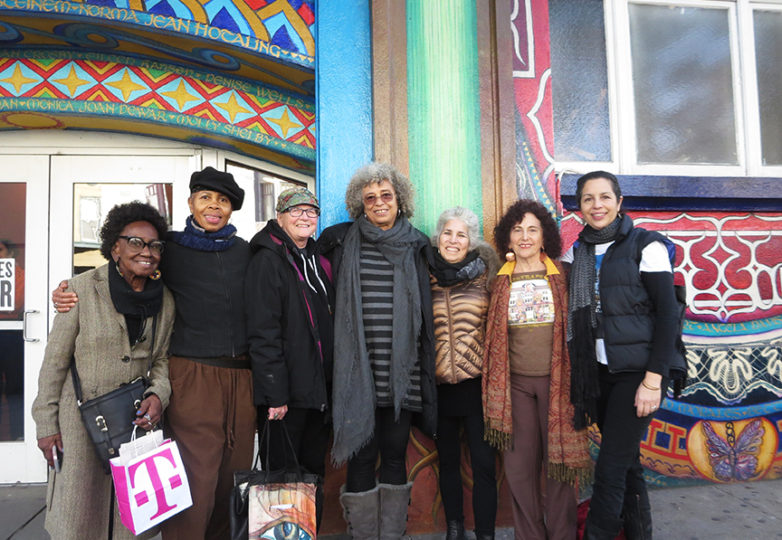 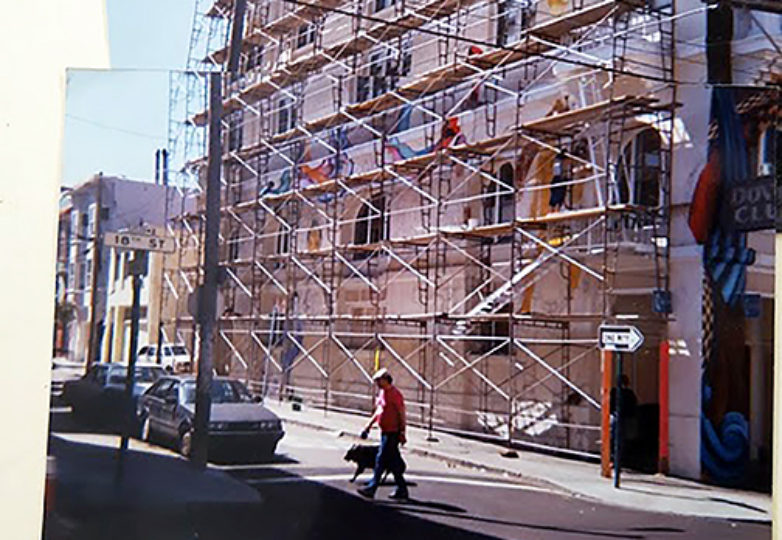 Scaffolding at the Women’s Building in 1993, when the mural was started. Courtesy: Juana Alicia 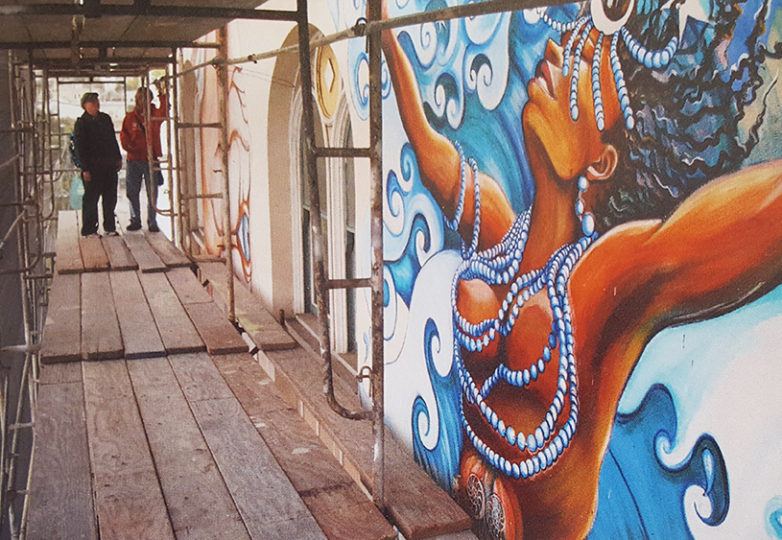 Artists on a scaffolding at the Women’s Building in 1993, when the mural work began. Courtesy: Juana Alicia 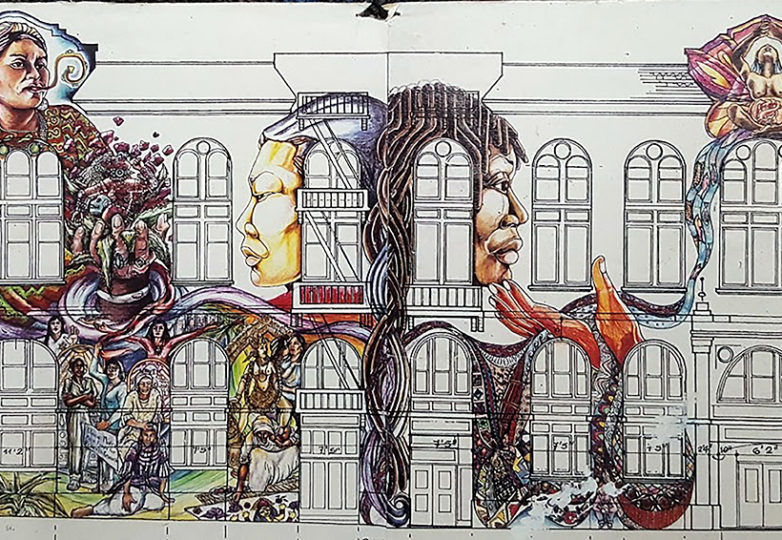 A sketch used during the planning of the Women’s Building mural in 1993. Courtesy: Juana Alicia 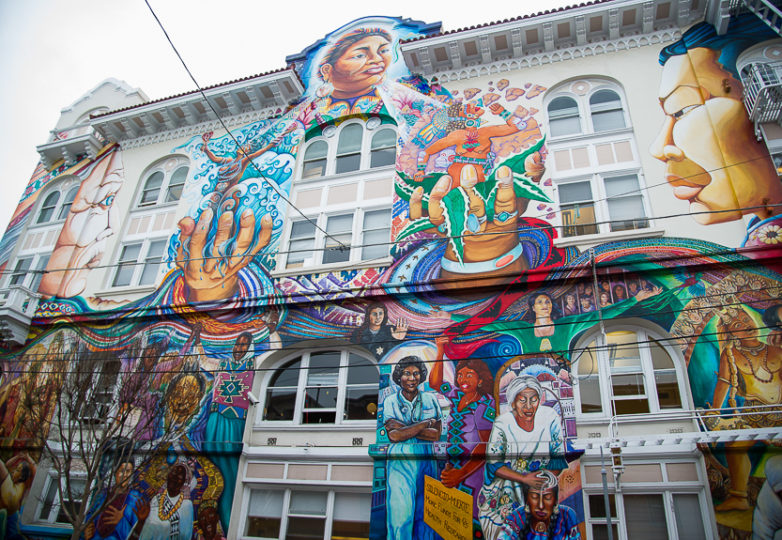 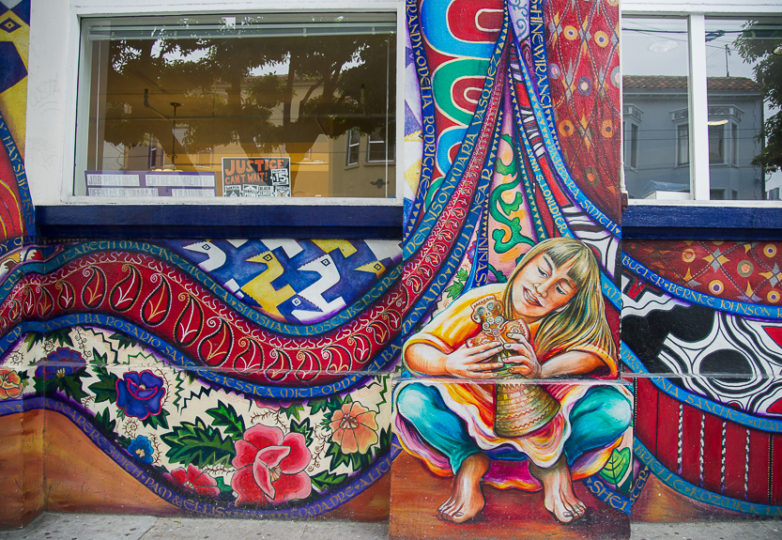