She just wanted to go home: Elderly woman dies after being evicted 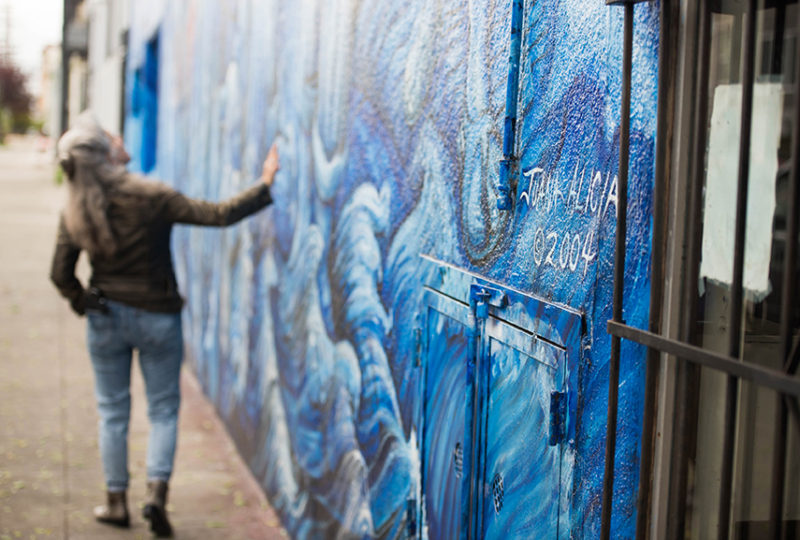 Juana Alicia talking about the mural that she pained, La Llorona, on 24th St and York St in the Mission District on Mar. 20, 2017. Photo Beth LaBerge 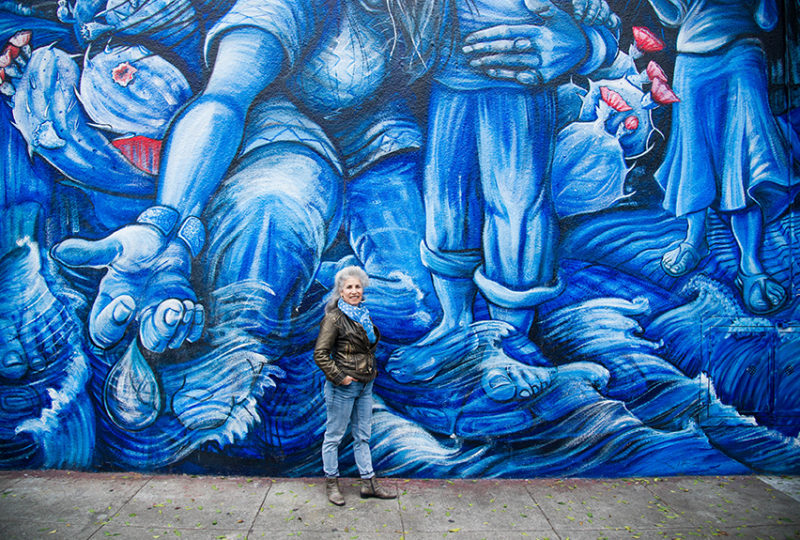 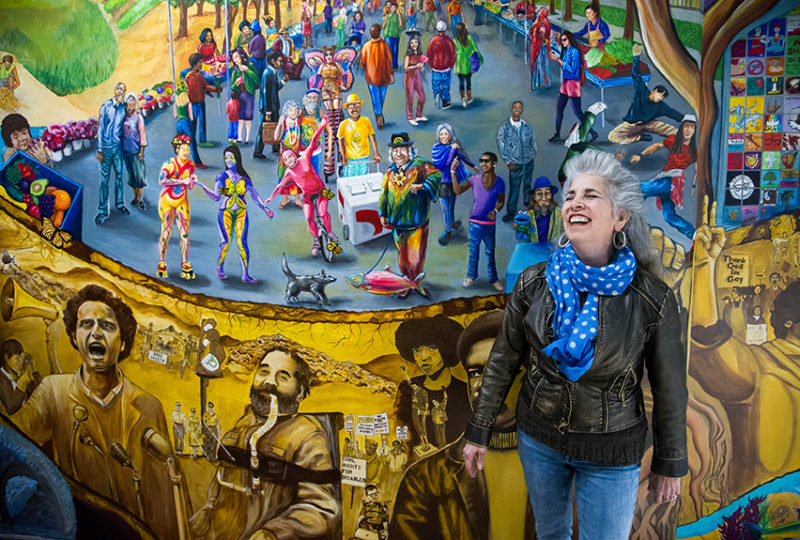 Muralist and Berkeley City College instructor Juana Alicia with a mural by her students at the Berkeley campus on Mar. 20, 2017. Students painted a figure in the mural who bears her resemblance. Photo: Beth LaBerge 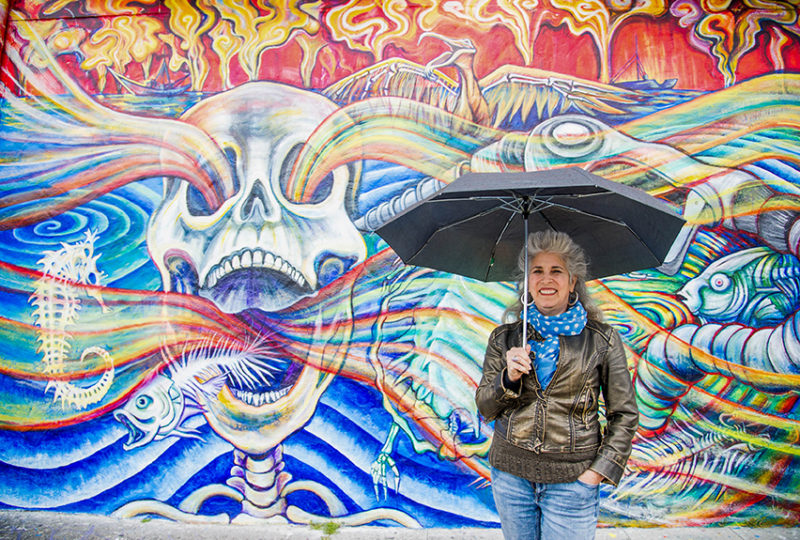 Muralist Juana Alicia in front of one of her latest works “Spill/Derrame” in Berkeley, Calif. on Mar. 20, 2017. Photo: Beth LaBerge 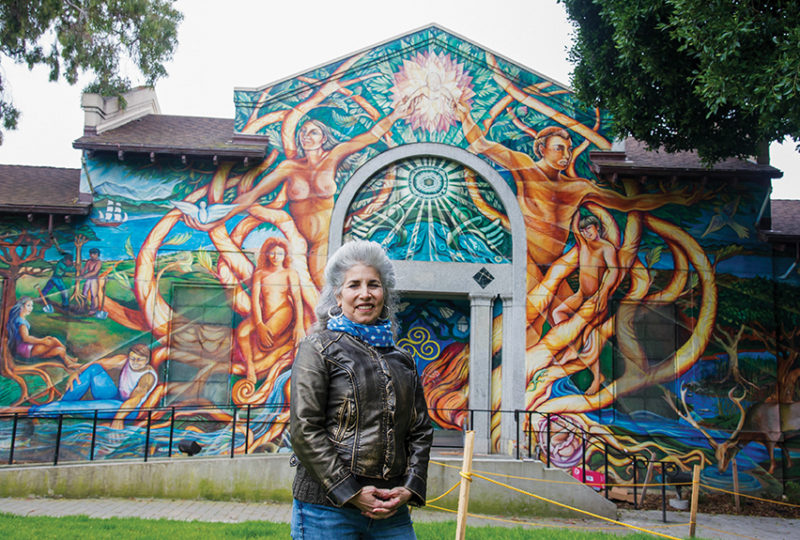 Muralist Juana Alicia in front of the mural New World Tree at the Mission Pool in San Francisco, Calif. on Mar. 20, 2017. She created this mural with two other artists, Susan Cervantes and Raul Martinez. Photo: Beth LaBerge 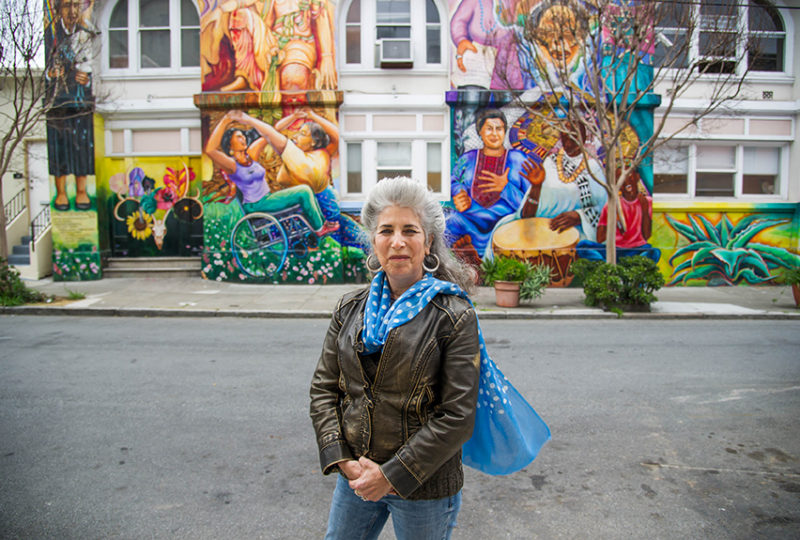 Muralist Juana Alicia at the Women’s Building in San Francisco on Mar. 20, 2017. She created this mural on this building with 6 other artists in 1994. Photo: Beth LaBerge 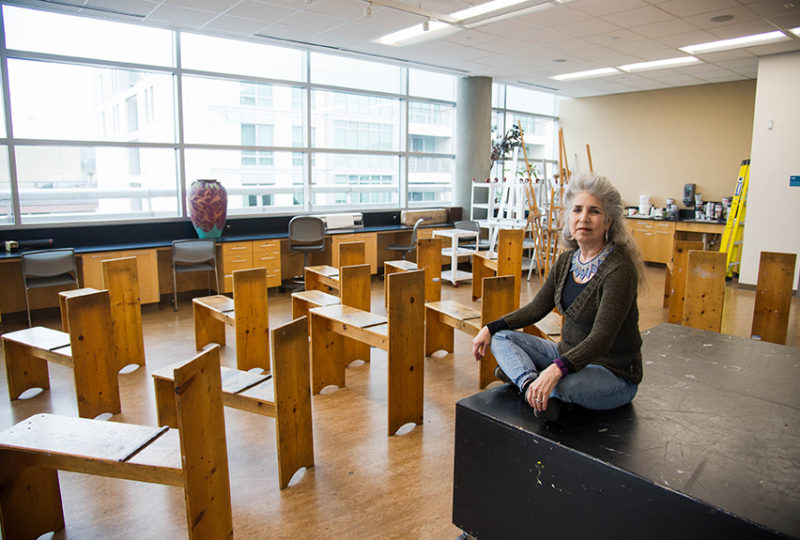 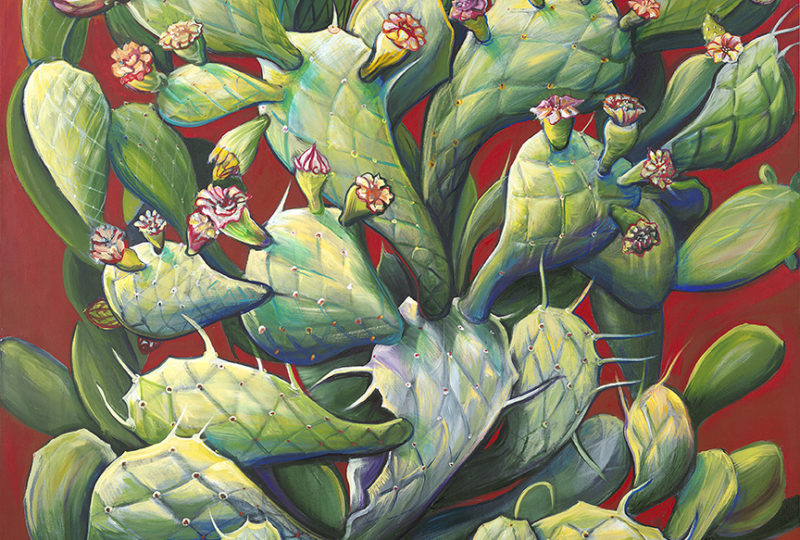 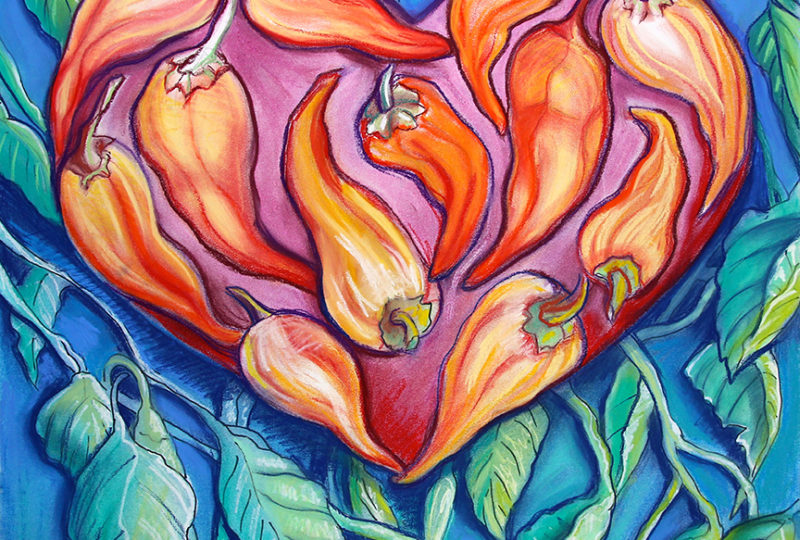 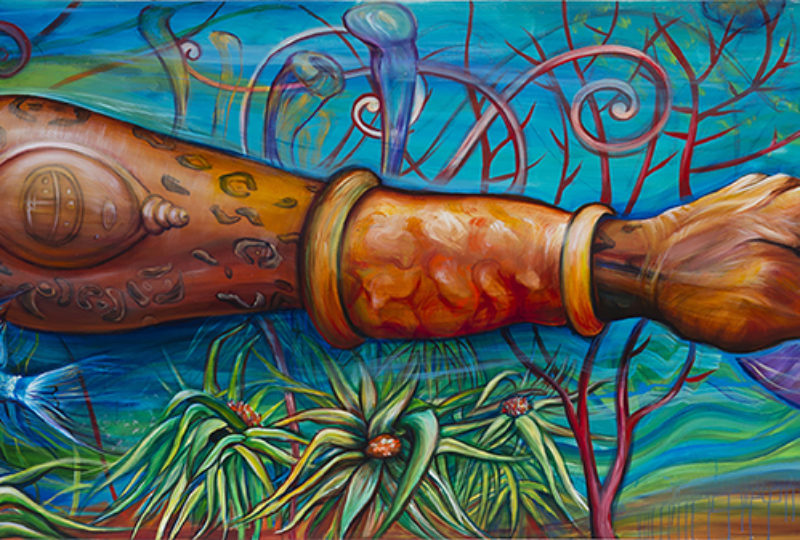 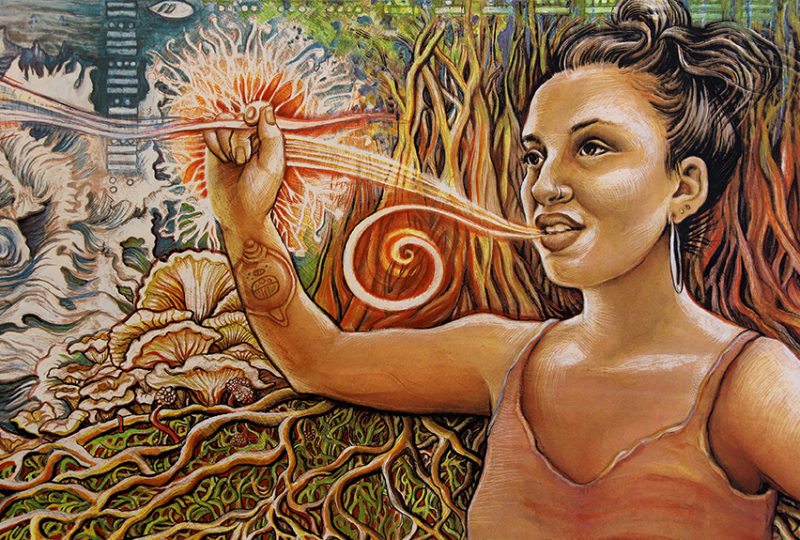 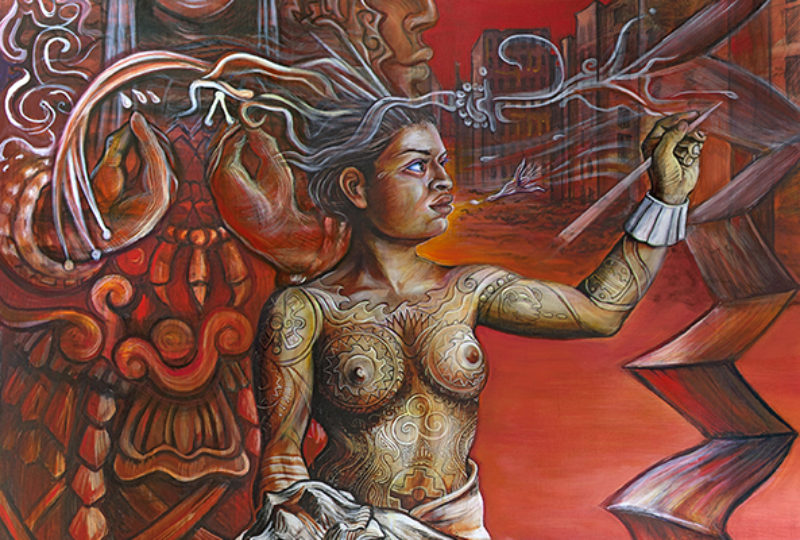 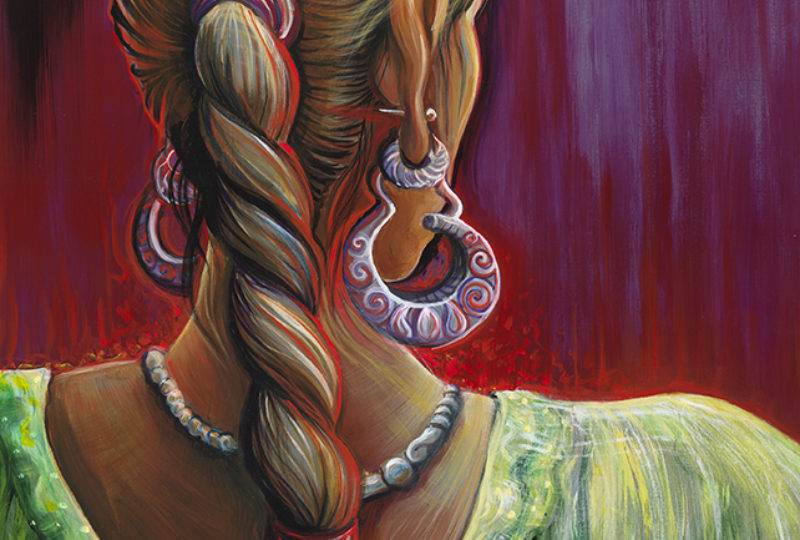 I grew up in the Mission.

And the public works of the internationally renowned artist, Juana Alicia, cradled my experiences well into my young adulthood.

Before I could read street signs, one look at the big blue wall that I would later learn is the “Las Llorona’s Sacred Waters” mural at 24th and York Streets, served as one of the visual landmarks that my favorite bakery, La Victoria, was just around the corner.

Alicia’s murals are an integral part of the Mission. They adorn buildings, tell stories and light up the neighborhood. Born in New Jersey, Alicia grew up in Detroit, commonly skipping school to gaze at the Diego Rivera murals at the Detroit Institute of the Arts. Mesmerized and inspired, Alicia built her skills by making posters and illustrations.

“Rivera’s murals told me this was something I was supposed to do,” she said. “The demands of the social movements around me were calling.”

Recruited by Cesar Chavez to join the United Farm Workers (UFW) movement during the early ‘70s, Alicia moved to Salinas where she worked in the fields. In the early ‘80s she moved to San Francisco’s Mission District where she began to display her work.

“My access to materials and spaces have changed over the years; originally it was much easier to design and print posters than it was to make a five-story mural,” she said. “My journey has seen a gradual access to large public spaces, where I’ve gained the self-confidence to do a large fresco or painting. My consistency of production has required a certain level of depth, confidence, and experience.”

During the 1970s, Balmy Alley became the birthplace for the “PLACA” murals that expressed opposition to the U.S. military aggression in Central America. Her work and participation with the PLACA collective got the attention of the Nicaraguan government, in particular that of poet Ernesto Cardenal, and they requested similar murals be made in Managua.

While lamenting my frustration with being one of a small handful of Latinx students at my private high school in Pacific Heights, Balmy Alley served as a safe space from my isolating experiences, one that affirmed my Central American identity.

Alicia’s mural in San Francisco, “Las Lechugueras” (now replaced by her notable “La Lloraona” mural), was inspired by her experience in Salinas and illustrates a pregnant lettuce picker underneath a sky raining pesticide. Her most recent mural project, “El Derrame/The Spill,” also parallels the sentiments behind her first piece: that of the ecological disenfranchisement many communities of color face. “Derrame” was conceived as a response to the 2010 Gulf of Mexico oil spill, and it has since been dedicated to the resistance against the Dakota Access Pipeline at the Standing Rock Sioux Reservation.

“My commentary on the sacredness and the desecration of water is nothing new,” Alicia said. “As women and people of color, there is sometimes the expectation to prioritize a single prong of our identities or our interests but it seems so unfair when everything is intertwined. Issues are intimately connected. Everything is intersectional.”

Having been pushed out of the Mission District in the 1980s, and now living in Berkeley, she points to gentrification as a great example of it’s intersectionality between the environment and communities of color.

“The idea of intersectionality is a great one,” Alicia said. “Look at gentrification, that becomes an environmental issue. Where do we go when we get pushed out of San Francisco or Oakland? We get pushed to places where we don’t have much political power or leverage.”

Having worked with many different women in various liberation movements and now seen as a legendary figure of the 1970s Chicano movement, she reflected on contemporary feminism and it’s ties to environmental disenfranchisement—both issues that are reflected in her public works.

“At this moment in time, after learning from the struggles that spanned the ‘60s to the ‘90s, women of color are much more aware of the dangers of being swallowed up by the media’s presentation of the women’s movement as a ‘white movement,’ even though it has never been an all-white movement,” said Alicia. “If we don’t deal with environmental issues, all other issues are moot. It’s important to go back to the arsenal that is, ‘the political is personal and the personal is political.’ We sometimes are told to submerge one identity to survive in the workplace in order to not disrupt the paradigm around us. Certainly not that of the standard that is the white male but all issues are like a web: connected.”

As the only Latina tenured professor at Berkeley City College, the founder and director of the True Colors Mural Project, she will soon retire and is actively looking for an individual with an MFA to continue her legacy, teaching Mural Design and Creation, and participating in the Public Art Program at BBC.

“I’m rewiring, not retiring,” Alicia insisted, but once she retires from teaching, she’ll still be doing studio work and mural projects, and she is interested in doing residencies around the country and the world. Berkeley and Yucatan will serve as her home bases, but she is open to doing projects everywhere.

Her final show before relocating to Mexico until next January, opens April 15 at Acción Latina’s Juan R. Fuentes Gallery, titled “Sacred Water, City Streets: The Art of Juana Alicia.” Celebrating her muralist legacy, the exhibit will showcase more than 25 original drawings, murals and paintings spanning the last 15 years of Alicia’s career as an artist. Alongside her collection of works, illustrations for Tiro Araiza’s upcoming book, “La X’tabay” will also be part of the exhibit.

It’s a legacy that helped raise me.

I learned to swim and spent my summers inside the home of “New World Tree of Life,” the mural painted the 19th Street facade of the Mission Swimming Pool (her collaboration with Susan Cervantes and Raul Martinez). Two blocks from our home on Lexington Street, the mural “Alto al Fuego/Ceasefire,” although now removed, served as a visual aid for my mother to explain why she, like many immigrants, fled Central America. The Woman’s Building, host to “Maestrapeace,” (painted by Alicia and six other women) has fittingly enough, hosted many of the countless Quinciañeras I’ve attended.

Alicia’s public works have privately resonated with not just me, but countless individuals and communities around the world. Her art reflects an education that has been excluded from the average American textbook, a narrative where women and Latinx folks are heroes and at the forefront of social movements. Juana Alicia’s palette, along with her weapon of protest, her brush, have illustrated her experiences and have expressed her convictions.

Take it from a first generation Central American: your voice matters