Joe Biden’s old-fashioned ideas about women, POC are out of step with modern progressives

On almost any given day, inside the two-story brick building that overlooks the intersection of 24th and Mission streets, a group of about 80 girls are dancing and drumming to capture the essence of what it means to be female and feel empowered in 2019.

Known as Grrrl Brigade, the all-girl performance and leadership program born at Dance Mission Theater, is celebrating its 16th consecutive year of teaching girls that their voices matter by giving them the creative license—through dance and drumming—to lead each other into a female-empowered future. 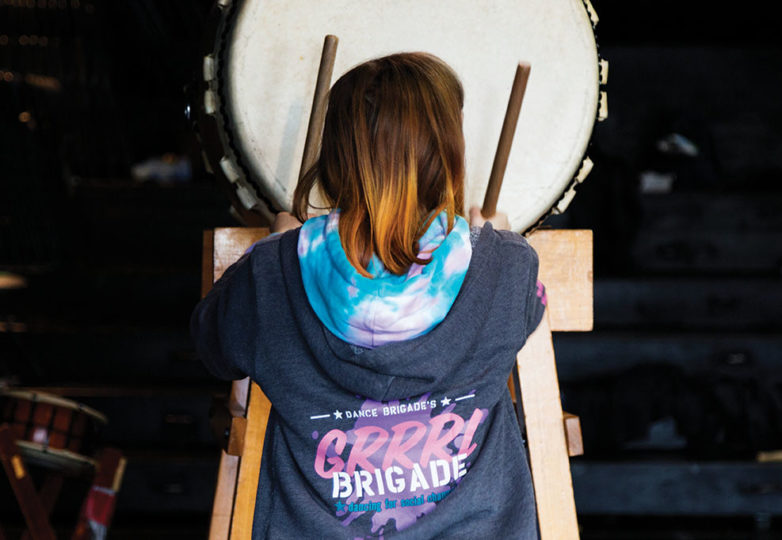 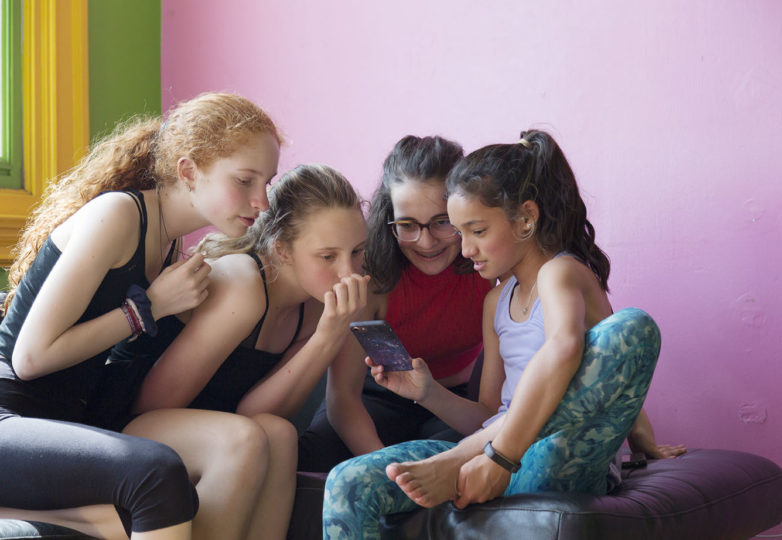 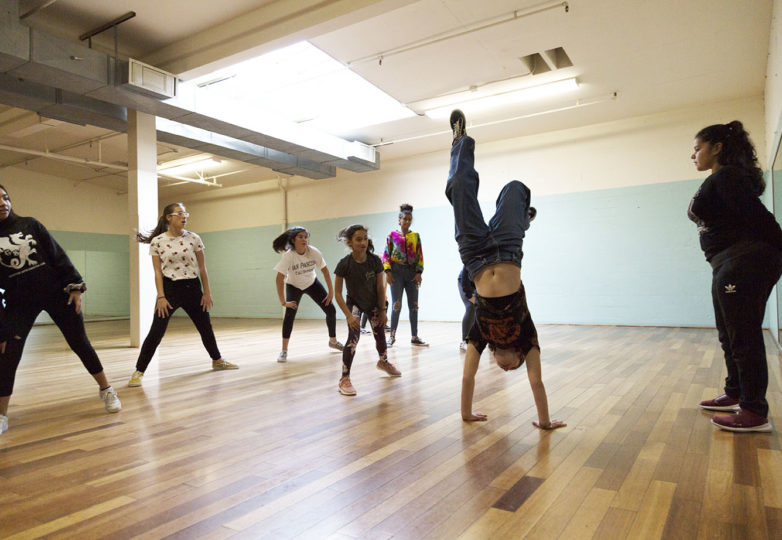 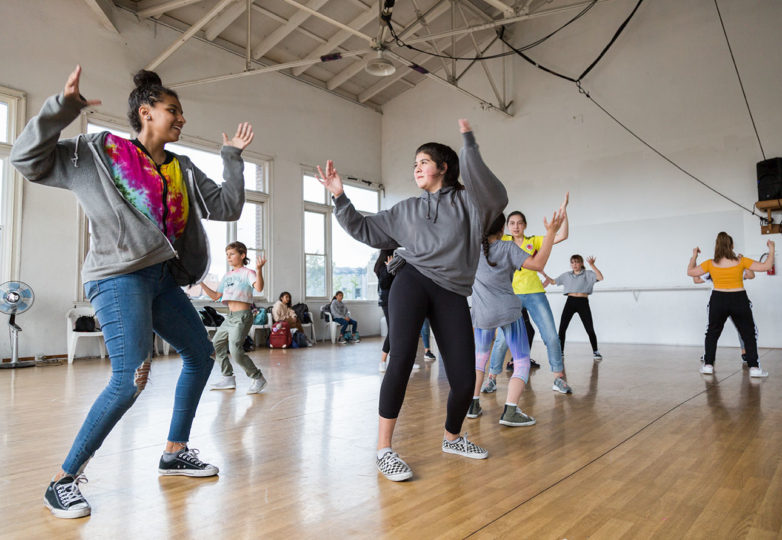 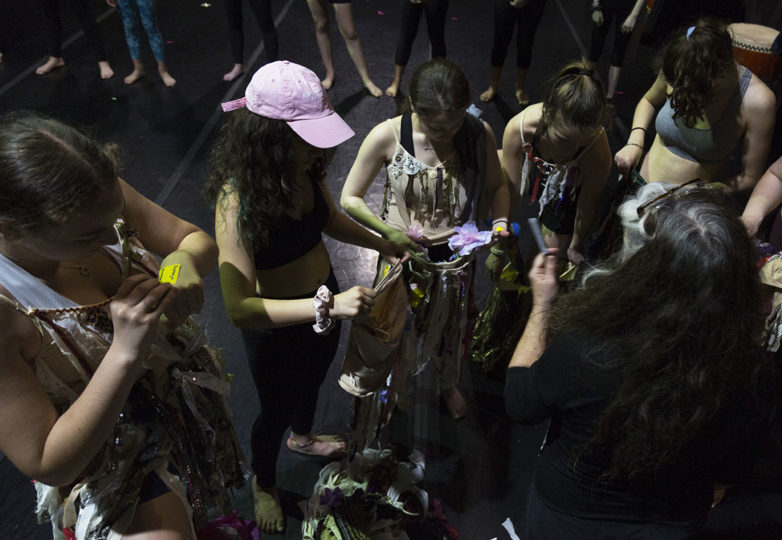 Krissy Keefer, co-founder of Grrrl Brigade passes out costumes to the girls during a dress rehearsal at Dance Mission Theatre on April 7, 2019. Photo: Amanda Peterson 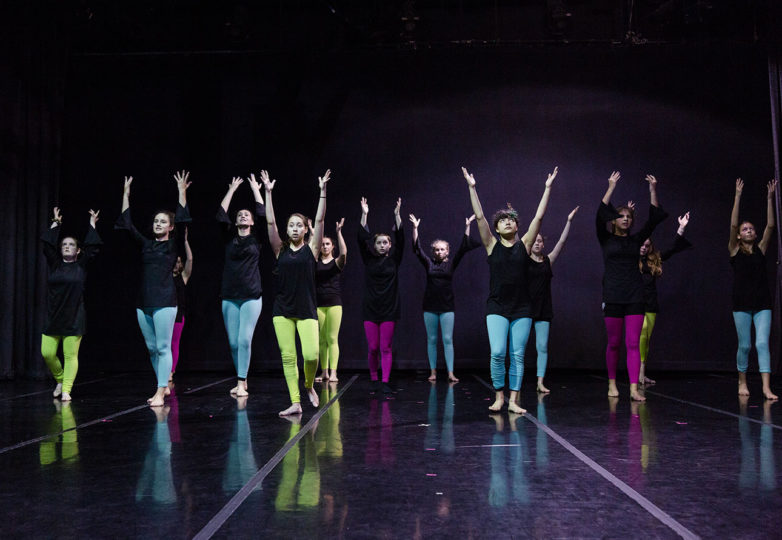 To commemorate this occasion, they will perform an evocative new show called “Stand Up!” in which topics that affect the lives of girls today—topics ranging from sexual violence to the policing of body size and aesthetics—will be engaged through a handful of reinvented dance and Taiko drum pieces performed by Grrrl Brigade over the last 16 years.

The Grrrl Brigade program, which began in 2004, was first designed and conceptualized by the members of Dance Brigade, an all-female dance company co-founded by Dance Mission Theather’s Creative Director Kristy Kiefer in 1988. The idea was to explore social justice issues through a feminist lense as they performed a repertoire of dance and drumming pieces.

Grrrl Brigade was created to fulfil the Dance Brigade mission to invest in the next generation of young women by creating a platform for girls to find their voices but also to learn about the different social justice issues that affect their lives and the world that they are living in today.

“We teach about race, the environment, class, immigrant communities,” said Kiefer. “And that, combined with the strength of dancing together in a group, is part of what helps the girls have a stronger sense of who they are.”

Another pillar of the program’s pursuit of female empowerment, is the leadership and socio-emotional development of the girls.

As Grrrl Brigade’s program director, Areyla Moss-Maguire, points out, it’s all about encouraging a sisterhood and an environment of emotional safety, where everyone feels comfortable to express themselves in a way that feels safe.

“The gift of having a safe environment, where you are invited to completely be yourself, allows you the freedom to bring up the hardships going on,” said Moss-Maguire. “And given the platform of having a safe community, where there are adults that witness you and keep you accountable during your formative years, nurtures essential life-building skills.”

Also, much like the Grrrl Brigade’s parent company, the feminist value of body positivity has always been an essential part of the program’s female empowerment mission.

This is what differentiates Grrrl Brigade and Dance Mission Theater from more traditional dancing companies: The only prerequisite to joining Grrrl Brigade is a passion for dancing and to be present. “We don’t have a standard of what you need to look like. All body types are accepted,” said Kiefer.

As junior member of Grrrl Brigade, Adelina Cenzano, said: “It doesn’t matter what you look like, or what body type you are. As long as you feel like dancing, you can come and dance.”

“Stand Up!” is a show that focuses on women standing up against the various ways in which violence against women has manifested in today’s society. It will touch on trending topics like the Me Too movement and the Brett kavanaugh confirmation hearings, but also age-old ones like body image, and intimate partner violence.

Grrrl Brigade member Sasen Mosley-Wise believes using other mediums such as dance to open up the conversation around these issues is important because of the way it allows people who “would not normally talk about these things,” to engage with the content of the dance repertoire in their own terms.