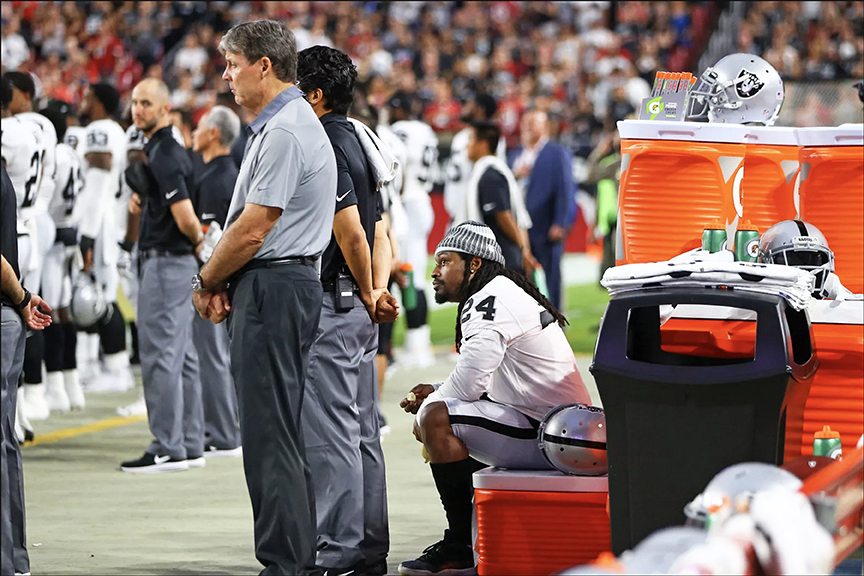 Op-Ed: SB 562 will fix healthcare once and for all

“I read of a massacre leading to a coronation

A nice write up for Death and selfishness,

So I check the date of publication

I read the newspaper daily. I pick it up, then I usually sit at my favorite coffee house and proceed to peruse what is up in the world.

I believe that it was Lenin (or was it Lennon?) who said, “We have to read the enemy daily… but read him between the lines.” I agree. There is a large degree of critical thinking needed to extricate real meaning from what is printed. We must approach the reading of the newspaper armed with our own beliefs, ideologies and well-baked, or half-baked, passions.

A newspaper might appear to be just an inanimate object, but it usually carries, in spite of the expressed declarations of neutrality by many of those who print it, a particular political persuasion, a heart that beats and a mind that analyses.

So, we must approach the paper as if it were a living thing, capable of bending and/or expanding minds for the common good or, more commonly, for the good of the few in control of most of the media in this country.

Before getting involved with the front-page articles, or even with the comics (another favorite), the first section that I read is that green-colored segment, the sports page.

I love sports and I love poetry. I also believe that in the sports section we are more likely to find poetry and creative writing than in any other section of the paper.

The reason? Sports writers have to write daily about the same old games and the same awe-inspiring plays that most readers have already witnessed, in person, seen on TV or heard on the radio. And they want to make their stories fresh, or suggest angles and challenging insights.

Thus, the writers in the sports section fill their articles with metaphors, analogies, or even Shakespearean quotes!  We see phrases like: “Tigers annihilate the Lions,” “Indians destroy the Cowboys,” “Like Phoenix, Cardinals rise from the dead,”  “All’s Well that ends Well: after trailing by 35 points the Warriors, like Lazarus, woke up and walk away, winners.”

But that’s not all. Sports are also a mirror of our society. A mirror for the good, the bad and the ugly.

Racism, domestic violence, police brutality, the meaning of patriotism, the struggle for gender equality—all that and more are daily issues featured in the sports pages.

Many people would rather separate sports from the “real world,” where politics, religion, sexuality and violence (other than the expected on-the-field type, of course!) are daily occurrences.

At the same time, some of those very same people expect that the players they idolize, should also be role models for the entire nation, not just for the children.

Mute role models? Apolitical role models? Sanitized role models? Politically correct role models?  That is an impossibility. Those men and women athletes bleed and think and suffer and dream, like the rest of us. They are not cut out figures or mere entertainers for the masses.

When Colin Kaepernick, the former quarterback of the Santa Clara 49ers, decided to sit (and then kneel) during the playing of the national anthem, he was exercising his freedom of expression, as a powerful tribune, an option that is rarely available to a young Black man in the United States. To many, he violated some sacred space.

Recently, the running back Marshawn Lynch, an Oakland native and hero from the soon-to-be Las Vegas Raiders, also sat down during the playing of the national anthem. I had just seen the photo of Lynch sitting on a cooler during the national anthem, when my son joined me for breakfast. He was ecstatic, jumping for joy: “Papi! Did you see what Lynch did? Wow! Awesome! Great! He is a beast!”

Strangely enough, some sports writers criticized Lynch, because he was not “as clear as he should be” with his protest! For my son for myself, there was no equivocation: what Lynch did was a clear gesture of protest.  As clear as our president was clear in expressing his support for White supremacists and Nazis.

The difference between the Lynch and Kaepernick gestures and #45, is that when those young Black men sit in protest, they are inviting us to stand up and participate in a necessary conversation on the issue of police brutality and other ugly realities that infect the psyche of this nation. Forty-five causes a bigger wound.

When poked by a nurse, we might cry out in pain, but we do not blame the nurse. She did not cause the wound, she is trying to heal it.

The athletes who speak up are not inventing any issues. They are merely poking at old wounds, the way a nurse or a doctor might, trying to see where it hurts, in order to help our collective healing.

Poetry, politics, mayhem! All that and more, daily, in the sports section!