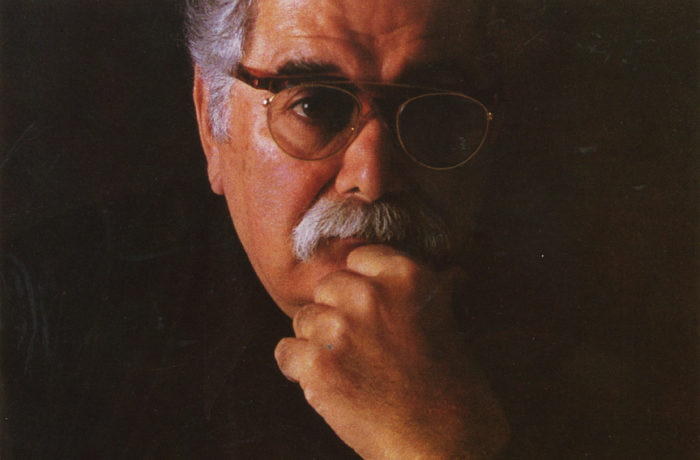 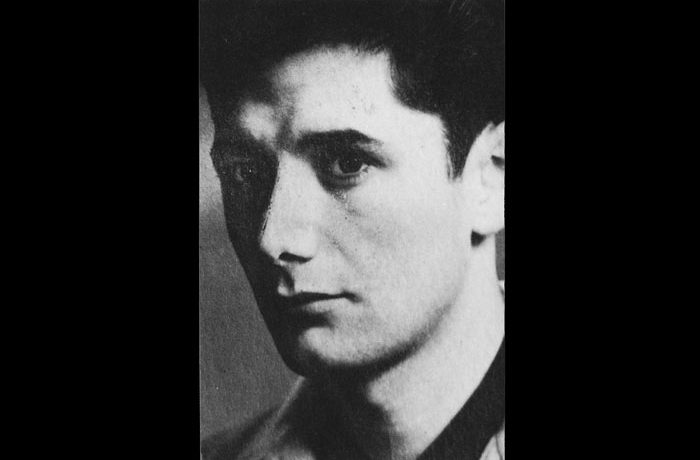 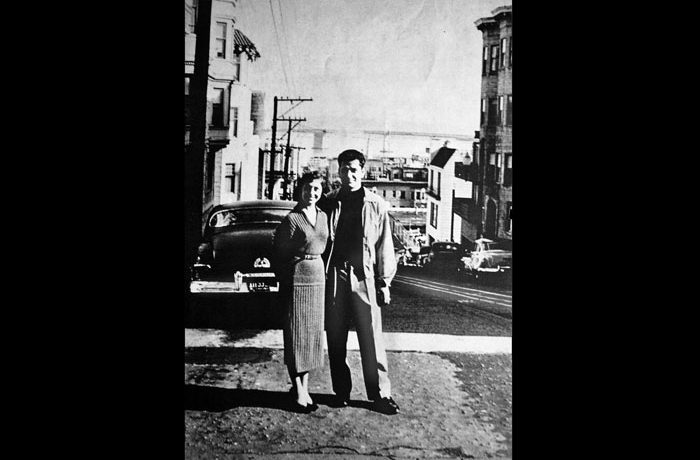 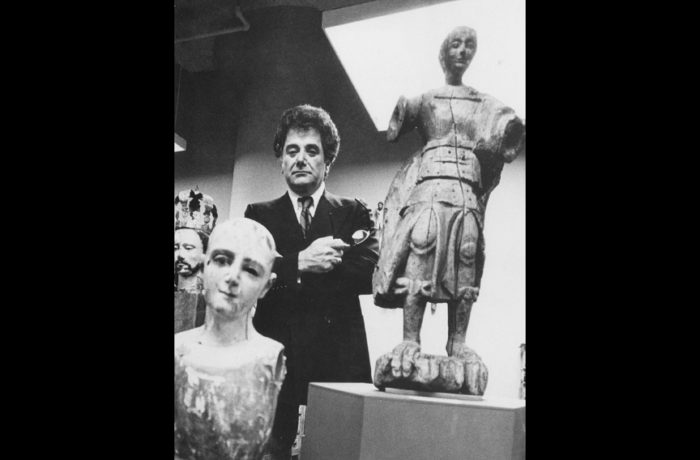 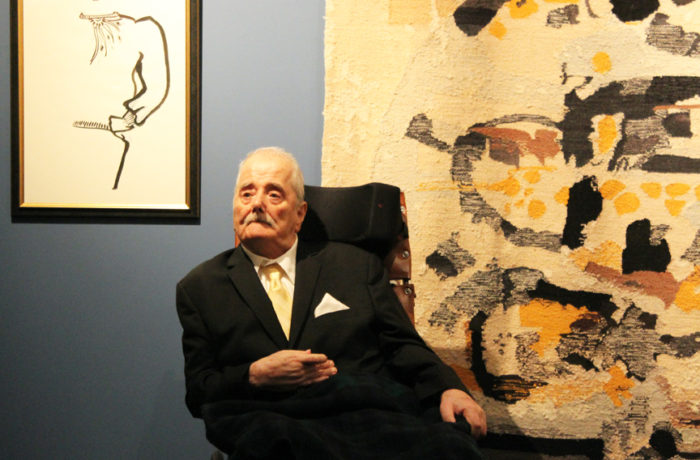 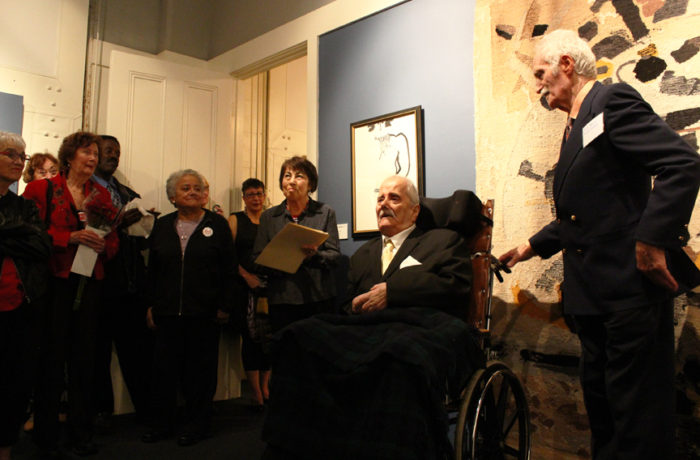 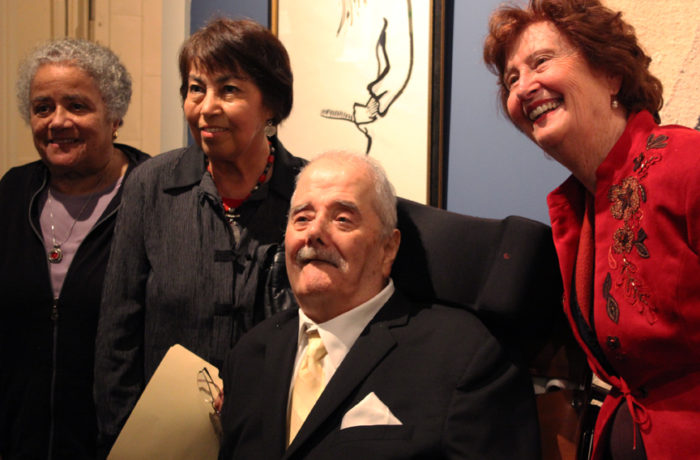 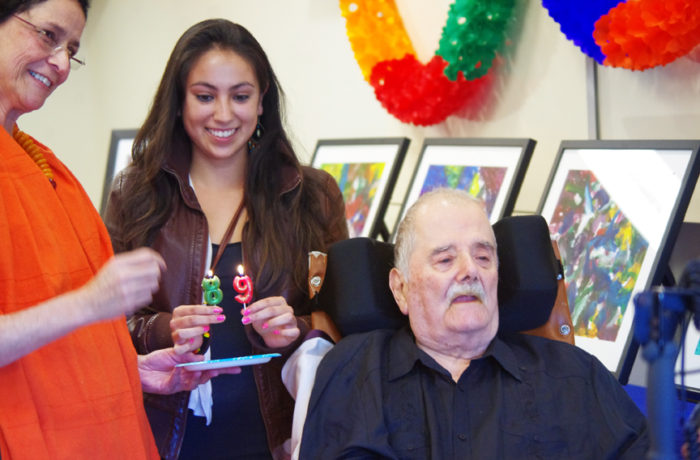 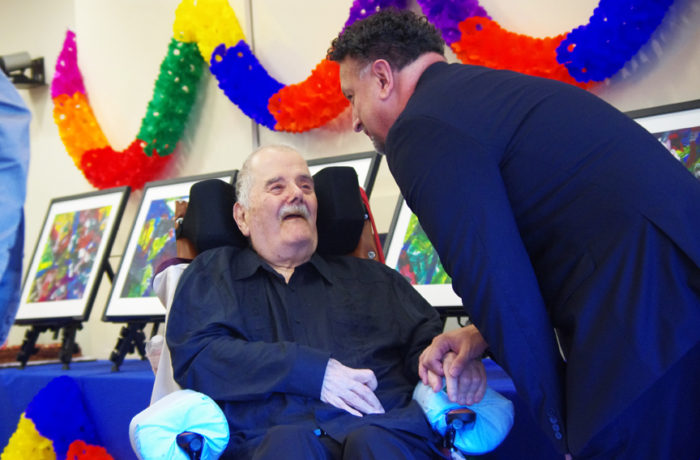 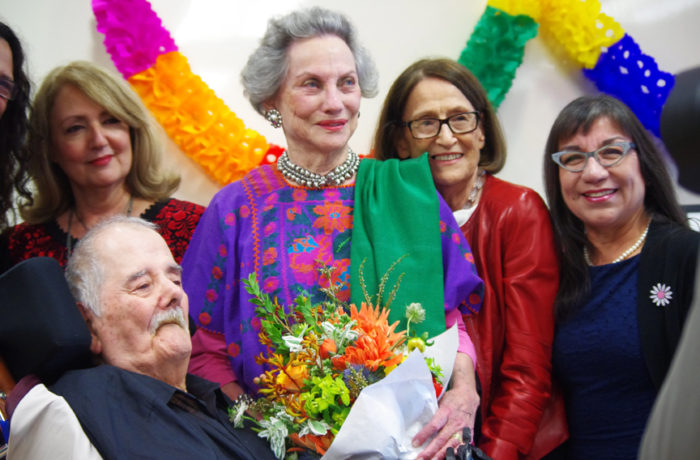 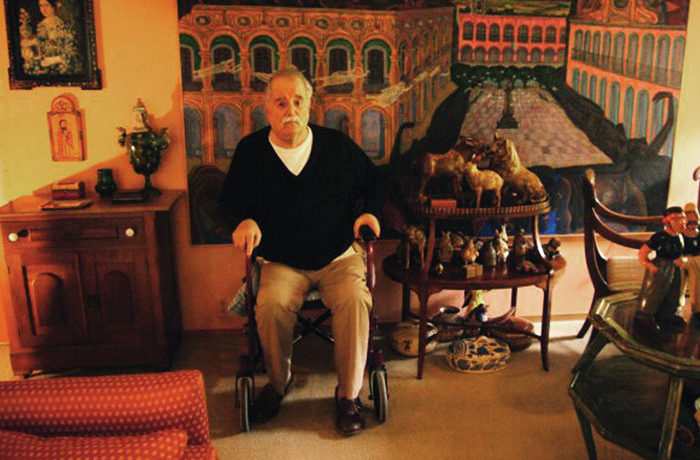 Peter Rodríguez—pioneering artist and founder of the West Coast’s premier museum dedicated to Latino, Chicano and Mexican art—died on July 1, just five days after blowing out the candles for his 90th birthday.

“We all loved him so dearly,” said his sister Lupe Kindel. Rodríguez celebrated his final birthday surrounded by friends and family at Laguna Honda, a residency for the disabled and elderly in San Francisco. “He was very tired,” Kindel said.

A lifelong artist who taught himself to draw as a child, Rodríguez was an artist to the end of his life, drawing and painting from his residence. Though his crowning achievement was the founding of the Mexican Museum in San Francisco in 1975— which historically provided a platform for Chicano, Latino and Mexican artists who were shunned by other art institutions—the seeds of Rodríguez’s legacy are rooted in his hometown of Stockton, California.

Rodríguez and his twin brother Anthony were born in Stockton on June 25, 1926 to Guadalupe Garcia and Jesus Rodriguez. Rodríguez’s parents fled the Mexican revolution in 1914 and raised their 11 children in the United States.

Three months after Rodriguez was born, his family relocated to Jackson, California, where his Michoacán-born father mined gold and other precious metals from the Sierra foothills.

Rodríguez was  seven when a teacher at the Oneida School in Jackson recognized his talent; he showed his teacher a drawing he had done of The Katzenjammer Kids, an American comic strip that ran from 1912 to 1949.

Rodríguez was discovering his artistic talents at the height of Mexican Repatriation, a period during the Great Depression where the U.S. Government deported more than one million people of Mexican descent to their “country of origin.” Historians have estimated that as many as 60 percent of those “repatriated” were U.S. citizens.

In 1933, the U.S. government targeted the Rodríguez family for repatriation. Although Rodríguez’s father agreed to return to Mexico, his mother refused, and the family successfully fought to stay in the U.S.

In 1937, Rodríguez’s family relocated back to Stockton where he continued to nurture his artistic talents. By 1939, the work of the 13-year-old Rodríguez was selected for display at the Young America Paints Exhibit in New York. Another exhibition would follow a year later at the San Francisco Worlds Fair on Treasure Island.

At age 18, as World War II was coming to a close, Rodríguez and his twin brother attempted to enlist in the service in 1944. While Rodríguez’s twin brother successfully joined the Navy, Rodríguez was declined for health reasons.

After his father’s death in 1951, Rodríguez travelled to Mexico for the first time in 1954, visiting his mother’s home of Guadalajara, Jalisco, Mexico. While abroad, Rodríguez wondered why he never learned about his ancestral homeland while in School.

“[The] first time he saw the Mexican art, that was the turning point,” Nora Wagner (who met Rodríguez in the 1970s) told El Tecolote in November 2015.

In 1955, Rodríguez co-founded the Skylight Gallery in Stockton, and had the first exhibit of his work at the Museo del Estado in Guadalajara. Throughout the following decade, Rodríguez would travel extensively throughout Mexico, buying and collecting art while exhibiting his own.

In 1969, Rodríguez relocated to San Francisco not only to continue his career in art, but with the goal of establishing a Mexican Museum.

“Chicanos, they [the art world] didn’t recognize,” Rodríguez said in his final interview with El Tecolote last November. “And I said, ‘We gotta have our own museum.’ That’s when I started working on it.”

Once in San Francisco, Rodríguez met a group of Chicano artists who would eventually found Galería de la Raza in 1970. Rodriguez would be the one to give Galería its name.

But despite his newly formed connections, Rodríguez found little support for the Mexican Museum idea among the city’s museum establishment. Support from the Latino community also faltered, where some people thought the idea was elitist. Eventually Rodríguez was backed by the San Francisco Foundation, which awarded him a $50,000 start-up grant. The Museum opened in 1975, and Rodríguez served as the museum’s director until 1984.

“For those of us as artists—particularly Chicano and Chicana artists—it goes without saying there were little or no opportunities 40 years ago for us to exhibit anywhere,” artist and scholar Amalia Mesa-Bains told El Tecolote. “And Peter had the vision to give us that space.”

Rodríguez’s mother died in 1988, and Parkinson’s disease contributed to his deteriorating physical health. But his wits never dulled.

When asked on the 40th anniversary of the Mexican Museum what he thought of his legacy, he answered, “I didn’t know I was that good.”

There is a Memorial Mass for Rodríguez planned for July 28 at 11:30 a.m. at St. Doninique’s Church in San Francisco, located at 2390 Bush St.

A tribute to Peter
Peter Rodríguez lived in San Francisco for 50 years. Out of those years he lived in three different apartments, and he decorated all with an inspiring sense of taste.
His last apartment at 1667 Green St. was the one I shared with him the most, and appreciated the most. All through those years I would receive phone calls inviting me to attend functions with him, so I got to study his art, his sense of aesthetics and decor. He was a great influence. I was his student.
The ﬁrst time I entered that apartment I felt exhilarated by the brilliant colors everywhere that were luring me in and inviting me to step in further to see more of his magic. Every wall was painted a different bright color. There were Roman shades in a light pink, an armoire painted in yellow-orange with orange trim—the inside painted green. The fireplace wall was a light brown. He had an orange silk polka-dotted sofa. The luxurious, woven fabric felt smooth and inviting. I was with him when he bought that sofa, and I slept on it when I visited him. It was my special nesting place when it was time to turn the lights off and go to sleep. But the topper was his collection of Mexican pillows—hand–woven and embroidered with figures or flowers—all from special places in Mexico. Peter was very particular about the placement of pillows and small decorative items. I couldn’t quite get the placement of them like he did, no matter how I tried, but he accepted what I did. It turned out that his influence on me taught me to look closely and to be discerning. He taught me to appreciate beauty and color in every form.
Though bold and bright, his spaces created a serene and tranquil imprint on my mind. His artistic sense made a place for me to relax and meld with his incredible and profound creative artistic expression, his passion, and love for life.
He had a 200-year old Mexican chest carved with little mirrors indented in the carving. It had a beautiful patina. On top of it he placed antique santos of museum quality from Mexico. They were in polychrome finish.
When he left his apartment to go to live at Laguna Honda hospital I mourned for months the disappearance of this lovely place I too called home. I will remember the paintings by his artist friends on his walls; the large Mexican ollas atop his armoires and the Mexican pottery intermingled with his books, the antique shell chandelier hanging over his dining room table. He had such a passion for Mexican art and culture.
What a joy it was for me to connect and share Peter’s life, and to share his artist friends from Mexico. It was through Peter that I developed my own sense of aesthetics. He was my teacher and inspiration.
Peter gave a huge array of gifts to me and many others too. There was so much diversity to his creativity. He brought his gift to everything he touched. I absorbed so much and with it I absorbed so much about who he was, that darling, immense man!
—Lupe Kindel
Sister of Peter Rodriguez