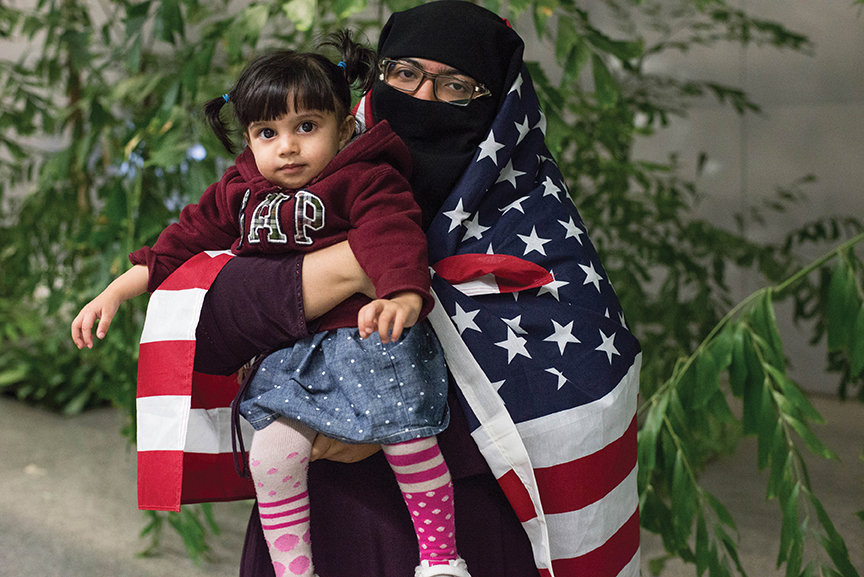 The Trump administration has announced it will take aggressive action to fulfill one of the president’s first campaign promises: stopping the flow of immigrants into the United States and removing the approximately 11 million undocumented people currently residing here.

In a pair of memos from Department of Homeland Security (DHS) Secretary John Kelly released on Feb. 21, the administration outlined plans to significantly expand its campaign to deport undocumented immigrants. The memos call for an increase in executive authority to detain and deport undocumented immigrants and an expansion of the groups subject to “expedited removal.”

It’s a massive increase in scope that will require an equally massive increase in resources—5,000 new border agents and 10,000 new ICE agents as well as the revival of the 287(g) program which allows for the recruitment and training of local law enforcement as de facto immigration agents. Once trained, local law enforcement officers would be tasked with identifying immigrants in their communities and handing them over to ICE.

There will also be a large-scale increase of immigration detention centers. A new office within ICE that would assist families of people killed by undocumented immigrants is mentioned, though it’s unclear what type of assistance would be offered.

The target group for “expedited removal,” will balloon from only those within 100 miles of the Mexico-U.S. border who have been in the U.S. for fewer than 14 days, to include undocumenteds anywhere in the United States who have been here for as long as two years.

There is one controversial provision that authorizes the DHS to return undocumented immigrants arriving in the United States to Mexico, even if they originally came from somewhere else. In the past, the United States has allowed migrants to apply for asylum while being held in American detention centers. But now, such migrants would be forced go through that process from Mexico, presumably using Mexican facilities and officials.

Mexico announced on Feb. 22 that it will not accept the Trump administration’s proposal, which it called “unilateral,” and warned that such a policy would have repercussions for U.S.-Mexico relations in the future. Both countries have historically worked closely to intercept Latin American migrants before they cross the border into the United States, but Mexico signalled that it may stop cooperating.

As for Obama’s Deferred Access for Childhood Arrivals program (DACA), it seems that the administration is leaving it in place for now, although the high profile arrests of several DACA recipients suggests that this may change.

Trump’s travel ban to be revived

The president is expected to issue a revised version of his Jan. 27 executive order, which banned the entry of people from seven majority Muslim countries, but was immediately blocked by the courts. A draft of the new order obtained by the Associated Press revealed that it has been modified to address the court’s concerns. The new order will still apply to refugees and people traveling from the same seven countries, but it will not stop people who have visas. Instead it will block anyone without a visa and people who have never set foot in the United States.

Plans for Trump’s much-hyped border wall are apparently set to move forward, but a DHS report obtained by Reuters on Feb. 10 suggests that it may not be as simple of a matter as the president has suggested. According to the report, the wall, which Trump claims will cost $12 billion, would likely cost closer to $21 billion and possibly as much as $25 billion. The construction which would take the form of a series of fences and walls across 1,250 miles, would happen in three progressively longer and more difficult phases. At the earliest the project would be completed by the end of 2020, near the next presidential election. But physical barriers such as mountains, the acquisition of private lands and permits and possible legal challenges could change that timeline and the price tag.