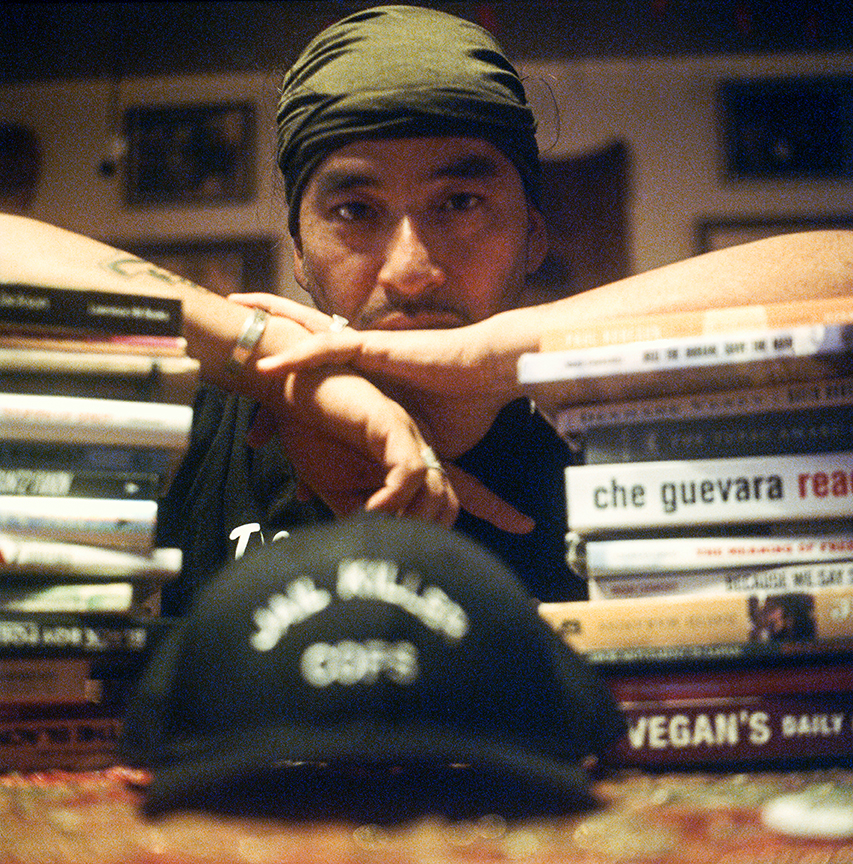 Mexican symphony reminds us that music has no borders

Ilyich Yasuchi Sato, more commonly known by his alias, “Equipto,” is more than a local rapper, he’s an activist, whose community roots run deep. These roots were clear during an Oct. 6 press conference held in front of San Francisco’s Hall of Justice, when Equipto announced plans to embark on a 14-day march from San Francisco to Sacramento.

Dubbed the “March for Justice,” the demonstration sought to heighten awareness of police brutality and hold officers involved in fatal shootings accountable. Marchers had intended to meet with state Attorney General Xavier Becerra, to ask that he prosecute those officers, but according to Equipto’s Facebook page, when they made it to Becerra’s office on Oct. 19 the attorney general didn’t show up.

For Equipto, marching 95 miles to the capital through the worst air quality in the Bay Area’s history is just the latest action in an ongoing fight for justice.

Last year as part of the so-called “Frisco Five,” he and his mother, Maria Cristina Gutierrez, along with Ike Pinkston, Edwin Lindo and Sellassie Blackwell, took part in a hunger strike for the removal of then San Francisco Police Chief Greg Suhr. The strike began April 20 and ended 17 days later, after the health of the strikers began to deteriorate.

“There were things like police neglect, police murdering, gentrification, displacement, budget cuts, and racism through the time of four years that were occurring … and it was all just swept under the rug,” said Equipto.

Before the hunger strike, Equipto had focused on the issue of homelessness, particularly after an altercation with San Francisco Mayor Ed Lee.

“Around October 2015, I saw Ed Lee in a restaurant and it kind of all just blew up,” Equipto said. “I saw Ed Lee as the problem, so I said to him real quick, ‘You should be ashamed of yourself, you’re Asian, and you’re part of the reason why people are getting kicked out of here.’ I was putting him on blast. It was a quick 30-second interaction. People who had been kicked out of San Francisco started reaching out to me and thanking me, and to me, that was more of an awakening. It was my voice.”

Equipto’s focus on homelessness soon expanded to include police brutality. He remembers his mother suggesting a hunger strike, but it didn’t go into full effect until he saw the video of Luis Gongora Pat (a homeless man living in San Francisco’s Mission District) being killed in April 2016 by SFPD officers.

“When I found out, I got to my mom’s job and she’s on the computer watching it and crying,” he remembered. “It was then my mom was like, ‘We got to do that hunger strike.’ I thought, ‘Oh, what the hell!’ But she’s old school and she’s going to bring a different angle to it. So with that happening, we made flyers and had planned that I was going to announce it that night at a town hall meeting. I will never forget, people went crazy.”

Around day nine of the hunger strike Equipto remembers feeling his senses heightened as he fell into his own world of stillness. By the end of the strike he was taken to the hospital.

“I was concerned with his health, as I know he was with mine,” Equipto’s mother said. “But I was happy to be sharing this moment with him. I was proud to be with him, it was a bonding moment.”

For Equipto, who was raised in the Mission, activism was something of a birthright. His mother was a Colombian M-19 guerrilla who defines herself as a revolutionary organizer. She has many years experience protesting in the name of justice.

“During my youth, my mother was always active as far as I remember. I was a kid sitting at the meetings and playing with the other kids there,” he said. “But, to me, my activism came as a genuine thing, because my background is that with my family.”

His mother was a prolific public speaker and her speeches—especially one for “Free Mumia” that she delivered at a local high school rally—had a big impact on Equipto. His song, “The Woman of My Life,” which is dedicated to her, uses a clip from that speech.

Equipto’s musical background comes largely from his father, Art Sato, who was born in a Japanese internment camp in Amache, Colorado in 1944. During Equipto’s youth, Art Sato was a jazz promoter, exposing him to the backstage life of an artist. Art Sato also currently hosts the weekly jazz and Latin music show “In Your Ear” on 94.1 KPFA.

Releasing his latest album with Michael Marshall, “KIM 2.5 Forever Unfinished,” on June 23, 2017 at the age of 43,  Equipto now has perspective wisdom of a veteran. His latest album, “UpKeep” the mixtape, is set to be released on Nov. 7.

“I listen to my music back then and it’s embarrassing sometimes, but it’s part of growing up. I will never be ashamed of what I went through because it made me who I am. I’m pretty proud of the changes I have made in my life and the direction that I’m trying to go,” he said.

This includes his activism.

“We knew we might not win or get any recognition with this hunger strike, but my mission was to let the world know what was going on and it wasn’t just us five, it was the community that spoke and rose and held direct action that lead to Ed Lee firing Surh. Now we have doubled, and we will march to be heard to put these killer cops away.”

SF Rapper and activist Equipto continues to lead by example