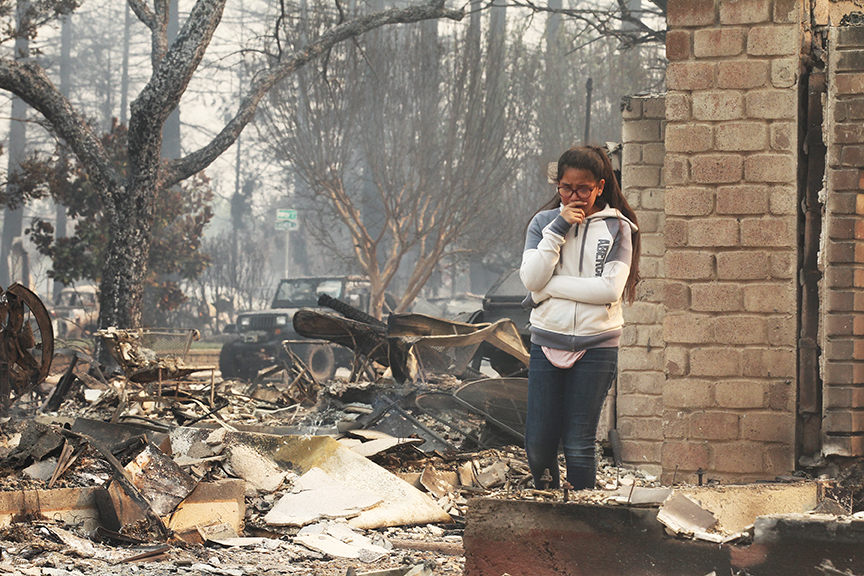 But it did make an exception: “In case an offender presented a public security threat.”

ICE spokesman James Schwab said in a statement that, “immigration enforcement will not take place at evacuation sites, or at relief centers such as shelters or food banks.”

Many fires are still burning in Northern California in areas that include: Sonoma, Glen Ellen, Kenwood, Calistoga, Healdsburg, Geyserville, Windsor and Santa Rosa, for which authorities urge to remain prepared for an eventual evacuation, and if they have already been dislodged, to occupy the available shelters.

“During this wildfire crisis that affects our community, I am grateful that ICE has announced that they will place public safety first and suspend the enforcement of immigration laws in affected areas,” Huffman said. “That means shelters and food banks and other aid centers are open to all, including undocumented and DACA beneficiaries, without fear of deportations or other migratory repercussions. My message to everyone in the North Coast and North Bay communities, regardless of their immigration status: stay safe, vigilant and continue to follow all public safety warnings.”

Sonoma County Sheriff Rob Giordano said during the week that all shelters were considered “safe havens.”

If you have any questions, the information hotline of the Santa Rosa Fire Department is: 707-543-4511.