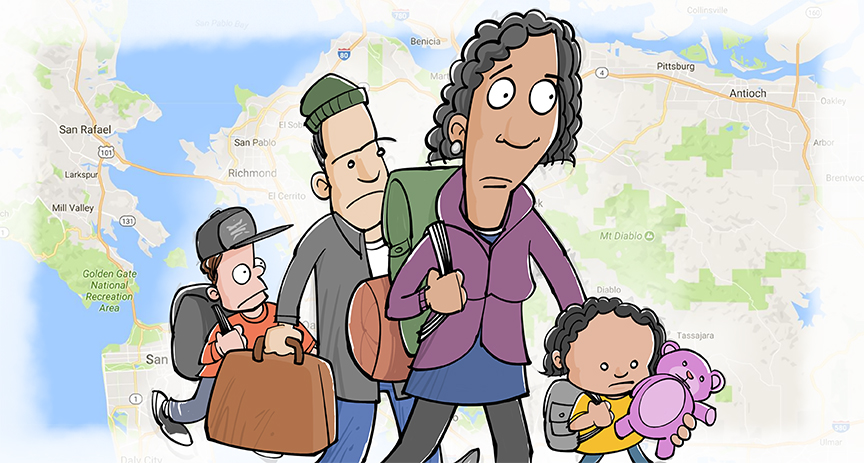 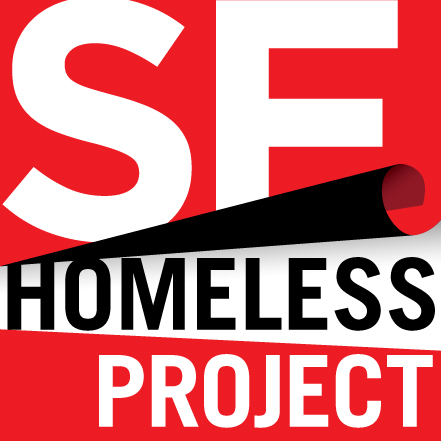 Student homelessness isn’t always plainly visible, yet it is more widespread than one might think. It’s an issue that causes internal damage within the community, usually caused by gentrification (unaffordable housing), domestic violence, poverty and lack of attention to the problem itself.

With the gentrification of South San Francisco—and the rest of Bay Area—more middle- and lower-class residents are being forced from their original living areas and, unable to afford the housing within the area, become homeless. These students often have to share housing with others; some even have to find primary nighttime residence at a public or private place.

One homeless South City student opened up about about her experience. In addition to navigating the SAT’s, keeping up with classes, and building a resume for college, this student—who will be a senior next year—also worried about where she’d call home.

The student—who requested anonymity—has been living in an RV parked behind her father’s workplace for the past year. Her father’s employer allows them to connect to the water and electricity. She said she’s grateful to have a roof over her head, but the space doesn’t always feel liveable. There’s no room for privacy, homework, or class projects. She also tries to keep her homelessness a secret from her peers, and has not asked for help from school staff to avoid judgements.

There are many students in the South San Francisco Unified School District facing homelessness, but they mostly under the radar. And it’s important that school communities make an effort toward addressing these students’ needs.

One homeless student, in her junior year, spoke of the struggles she has faced academically:

“Sophomore year was one of my difficult years because most of my classes were either honors or AP, and I had to stay at Starbucks past midnight often to get homework and papers done because I didn’t have a home … it lowered my performance in classes and I started to pay attention less than usual.”

Homeless students are much more likely to fall behind in school. Both teachers and counselors alike say that they are aware of this issue, and that not enough is being done to combat it.

Many are unaware that support services for homeless students exist, but but they do.

Daniel Flores, a school counselor, said that resources are limited, but that those available are good.

For example Jeanne George, an intervention counselor, is available for emotional support and as an avenue to find further resources.

There are laws in place that protect homeless students.

For instance, if a homeless student found shelter outside of the district, they might be forced to move schools.

Under the Mckinney-Vento Act, homeless students are protected by a set of laws that ensure they still have access to public education despite their housing circumstances. This includes, the right to choose which school they will attend, transportation services and the right to participate in other school programs and extracurriculars.

Even so, homeless students often feel that there is not enough support.

“I didn’t feel supported by the school. I don’t think homelessness is addressed at all, and if there’s support given on campus, it’s unknown and in the dark,” said the student interviewed for this story. “I understand that I should say something to a counselor or a teacher, but I don’t think I can do that unless the school is willing to recognize that student homelessness is real, and like me, there are others who are going through the same thing. We need to address the fact that homelessness is not a shameful thing, it’s reality and it’s very real here in SSF.”

One teacher who hears homeless students’ concerns is Aaron Boyd, an economics and video art teacher. Boyd organizes a yearly trip for senior students to volunteer at the St. Anthony’s foundation, not only to provide students with a community service experience, but to also have them understand the prominence of homelessness in the community.

Boyd said the topic of student homelessness has come up at faculty meetings, and that identifying which students are homeless is half the battle.

“The first step is for us to just recognize which students are homeless. And that’s a big huge first step,” said Boyd, going on to explain that some students may not even know they are homeless. “They just maybe are in a situation where they’re living with their uncle for one week, and then they’re living for a friend for another week, and they think that homeless are just people on the streets. Well no, a homeless can be someone who doesn’t have their own home.”

Students are often expected to prioritize their academics, but Boyd understands that this isn’t the reality for homeless students.

“I recognize, and I think everyone recognizes that, when someone is worried about where they’re going to sleep every night, school work is always going to come second,” said Boyd.   “And I think that’s another reason why homeless children should seek out help … that will allow teachers to be more flexible in terms of the work they assign.”

Boyd encountered a similar situation three years ago when he had a student who became homeless after her parents were deported. She went from earning straight A’s to failing every class, and it wasn’t until George, the school’s crisis counselor, stepped in that the student got academically back on track. George connected with the student’s teachers, informing them of her situation.

“I’ve seen Ms. George specifically take a horrible situations and really help turn that situation around for a kid,” Boyd said. “Teachers and administrators, we’re all here—not for the money, obviously—to teach students and to help students, and to help our community.”

This article was originally published in the May 19, 2017 edition of The Warrior Post, South San Francisco’s High School student newspaper.