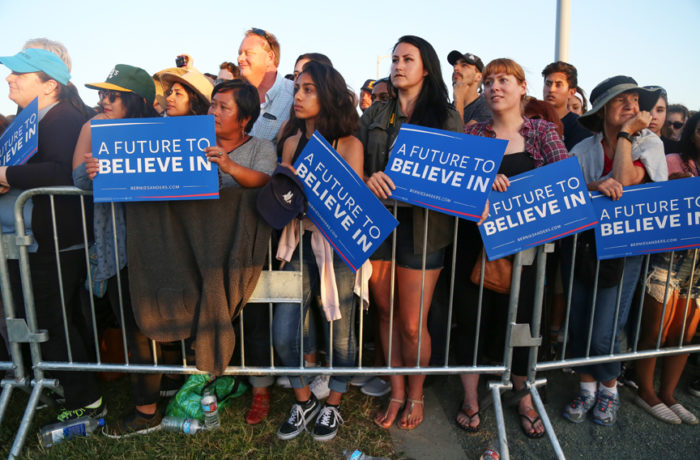 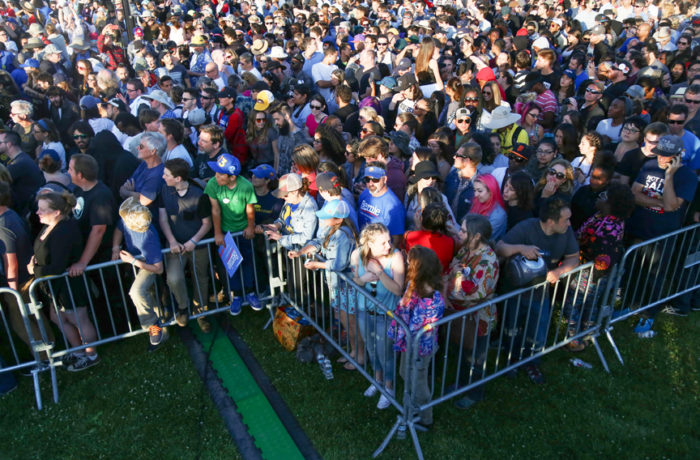 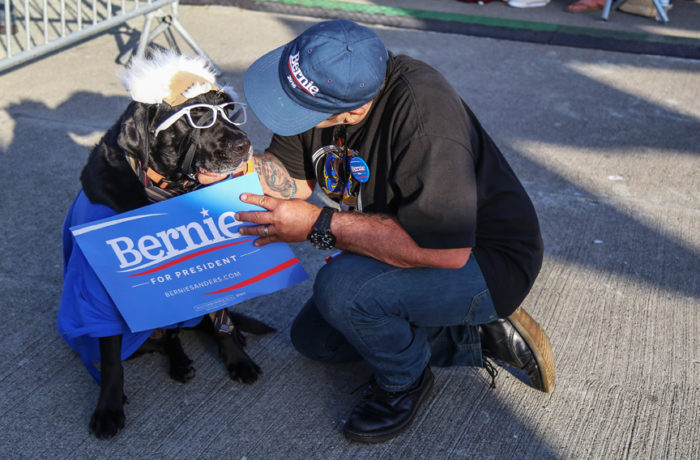 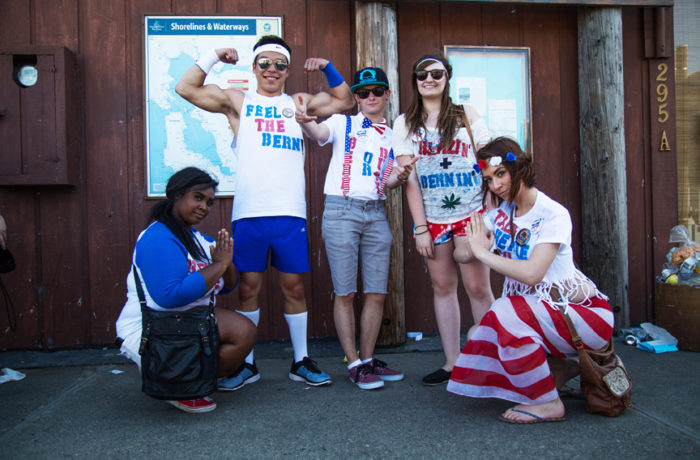 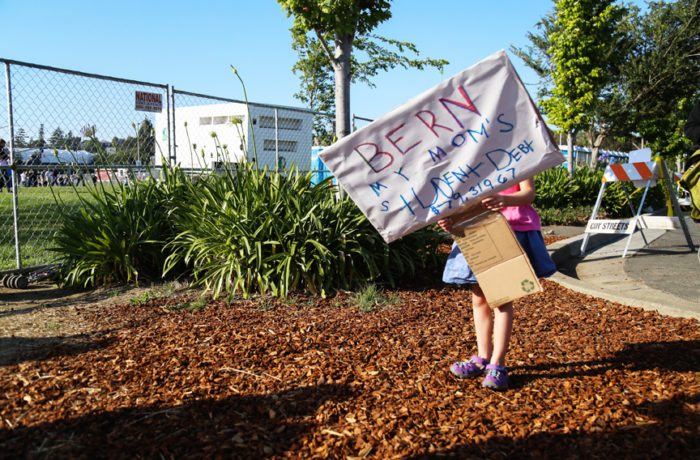 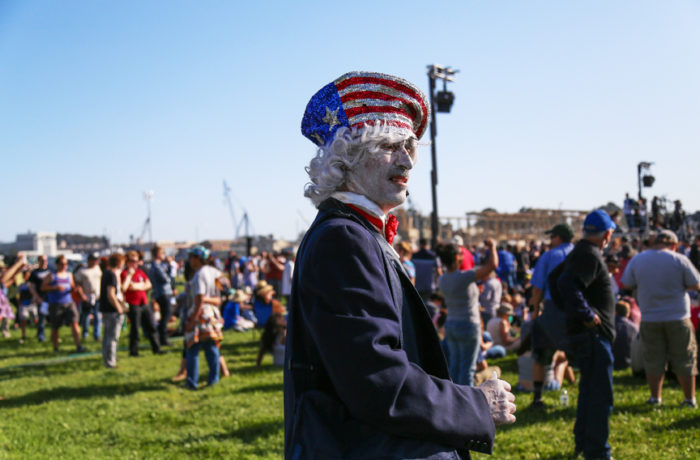 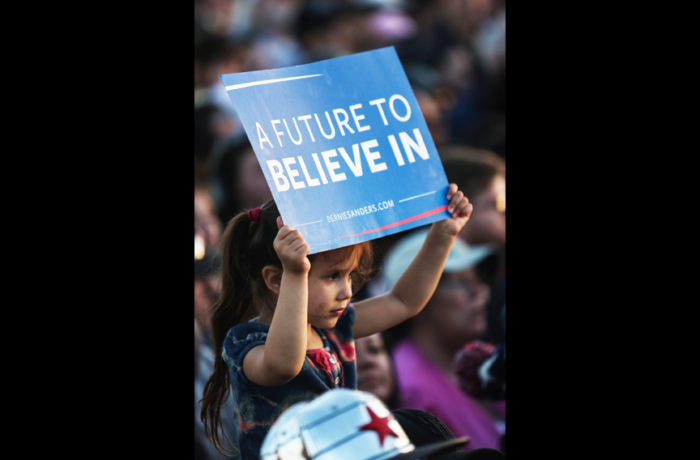 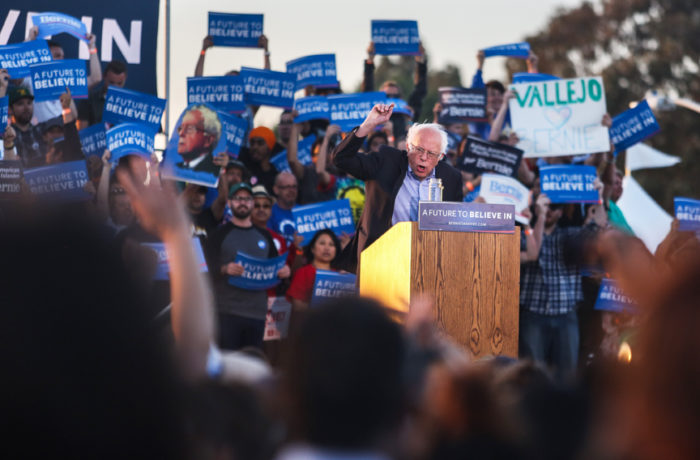 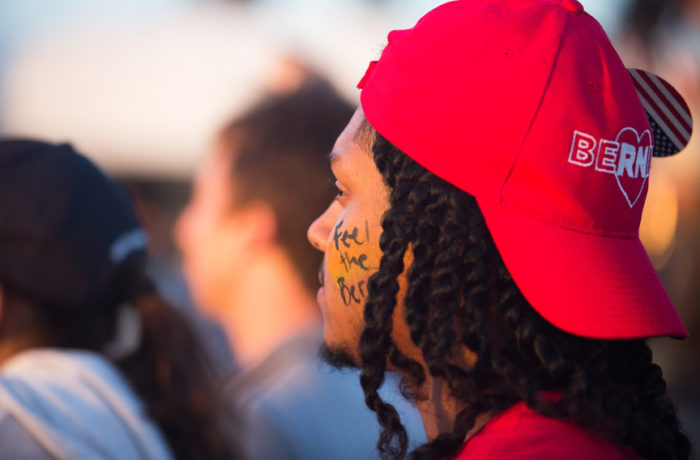 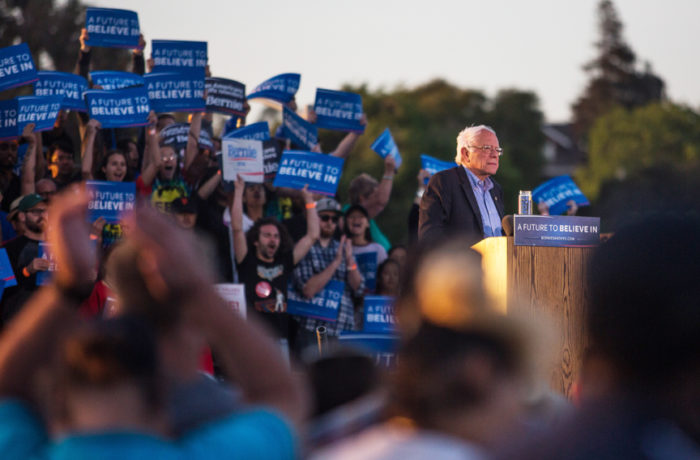 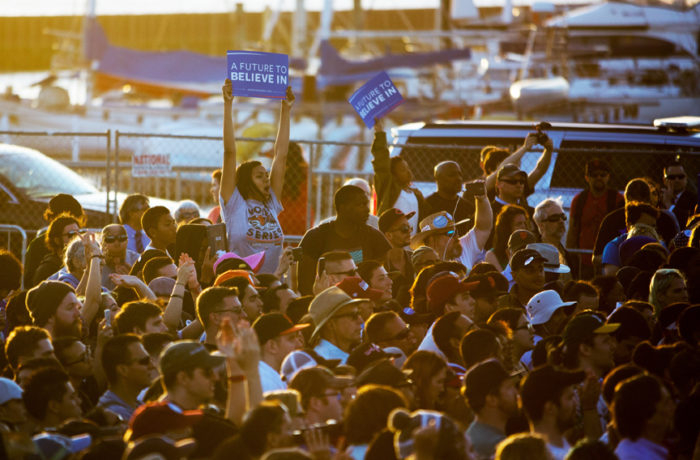 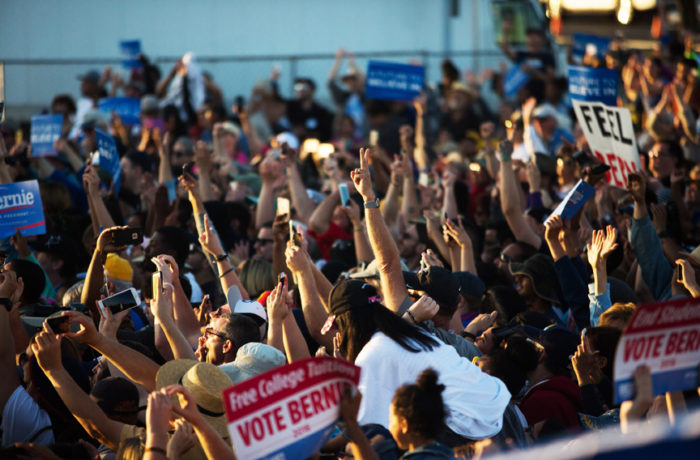 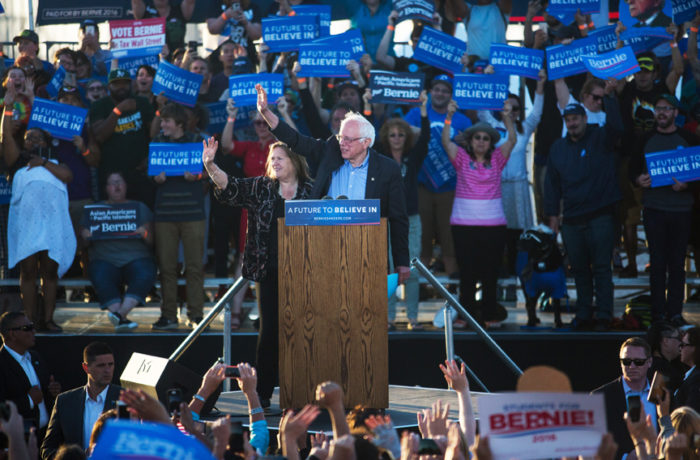 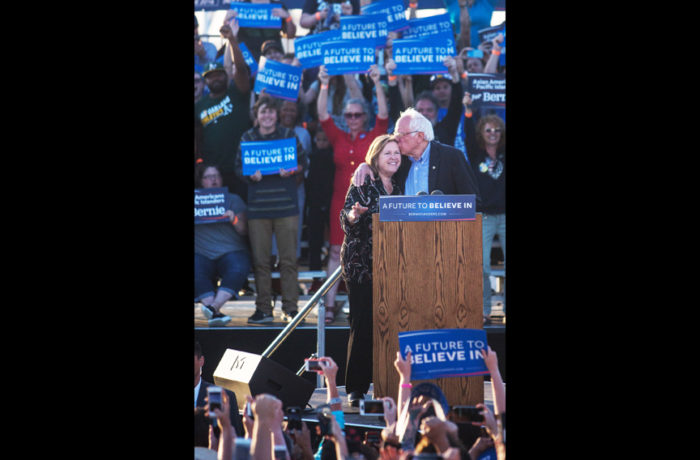 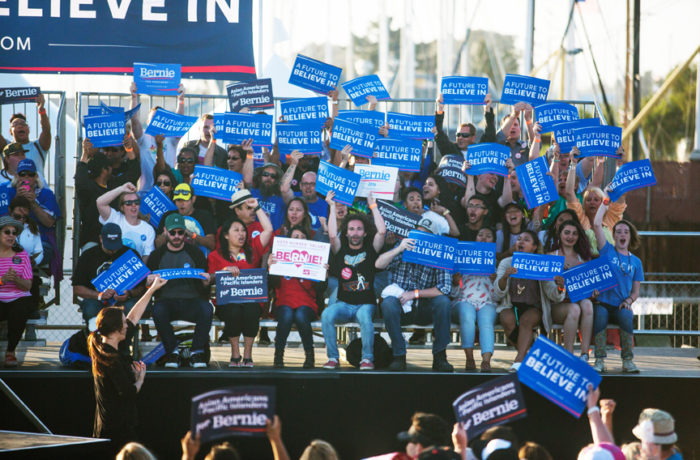 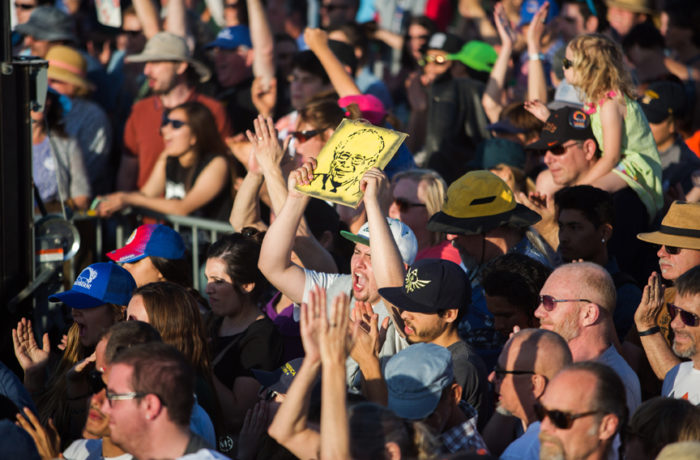 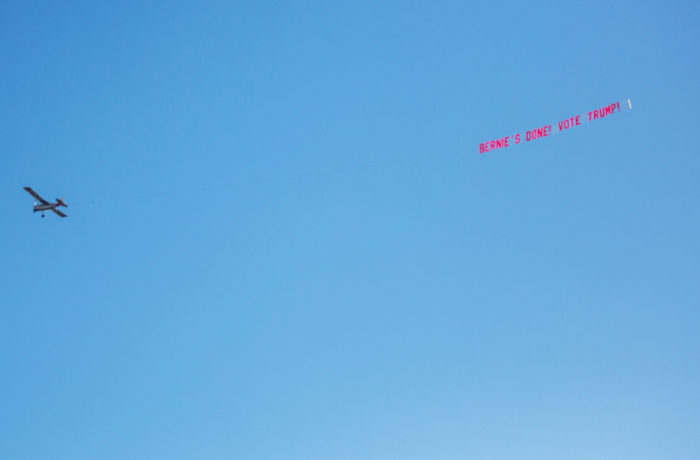 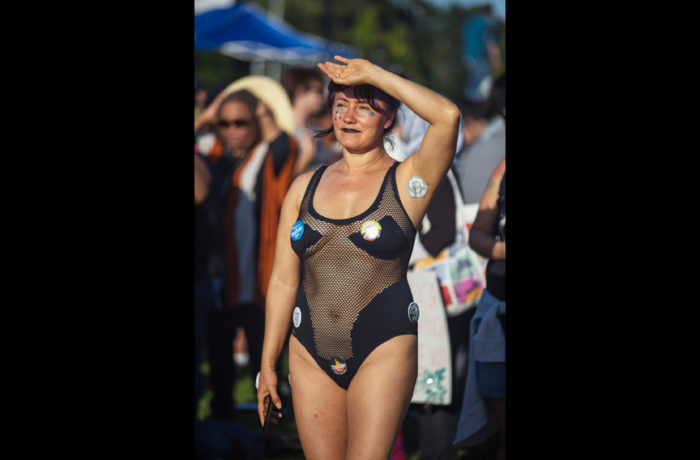 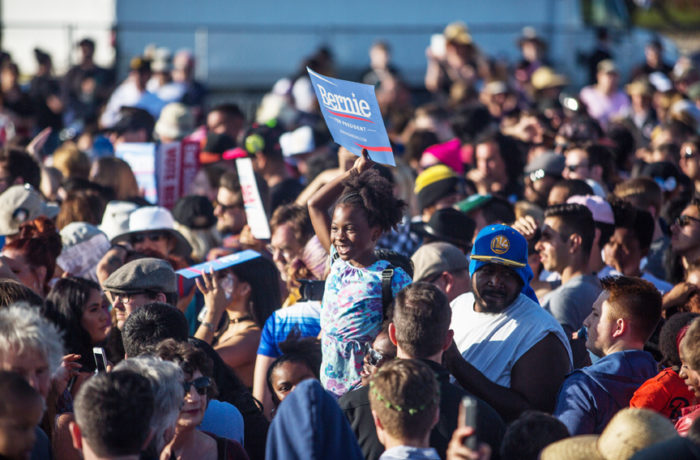 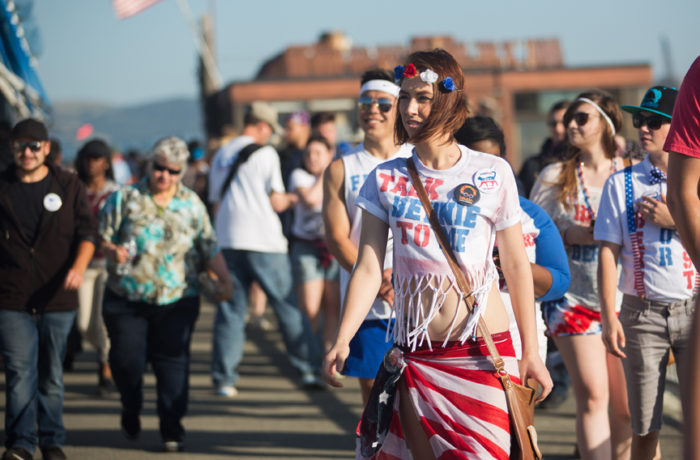 Thousands gathered at the Vallejo Waterfront to witness an appearance from presidential candidate Bernie Sanders, on Wednesday May 18, 2016. Sanders addressed the crowd at sunset, discussing his plans for the country and sharing reasons why he should be elected President of the United States. Photo Natasha Dangond

As the sun set over Solano County on the cool evening of May 18 and ‘60s music blasted through the speakers, thousands of energized Bernie Sanders supporters, including many Latinos, filled Vallejo’s Waterfront Park waiting to hear from the Vermont Senator and Democratic presidential candidate.

When the senator walked onto center stage he took the podium and microphone, and greeted a diverse crowd that welcomed him with cheers and chants of “Bernie, Bernie.”

Sanders spoke on topics ranging from social and economic justice, to racial and environmental justice.

Sanders promised, if elected, he would fight for immigration reform, an easy path to citizenship and to stop deportations.

“This campaign is listening to the Latino community,” he said. “There are 11 million undocumented people in this country and many of them are being ruthlessly exploited on their jobs. And they are being exploited because when you have no legal status, your employer can cheat you and do anything he wants to you. That is why I believe the time is long overdue for congress to pass comprehensive immigration reform and a path towards citizenship.”

In April, NBC News reported that registered Latino voters are divided between Hillary Clinton and Bernie Sanders according to a poll, conducted March 30-April 3 by the Public Religion Research in collaboration with The Atlantic.

“I feel that Mr. Sanders is the best candidate for us Latinos,” said Mexican native Javier Suastegui, who now resides in Vallejo. “What impacted me the most about today was Bernie Sanders saying he wants to work together and unify this country. I think if Donald Trump won the presidency, as Latino, I would feel defeated because he brings bad ideas.”

Just before Sanders took the stage, an airplane pulling a banner that read, “Bernie’s done! Vote Trump!” flew over head, drawing loud boos from the crowd.

Despite facing an uphill battle to catch Hillary Clinton, Sanders and his supporters believe that he can still collect enough of the 939 delegates still available to win the Democratic nomination.

“I wasn’t going to come out to the rally,” said Moses Silva, a construction worker from Martinez. “But his last speech that I saw on television won me over. Even though he may not win with the delegates, my heart and my spirit are with him. Hillary talks like she’s going to help, but I think she’s going to do very little.”

Sanders’ supporters stood strong, loud and supportive at the rally, despite the reality that he’s behind Clinton, and would have to win large victories in the remaining states. Many people were inspired by his speech and were even emotional after the event.

“I feel so blessed to be in his presence,” said former Genentech worker Cecilia Sistena of Fremont. “I still have chills right now because I saw him so close and I could see it in his face—how real he was. He’s like the average Joe. I can’t wait for him to be president, because when he is president, I could see the world being such a better place.”

Sanders kicked off his Bay Area visit with a morning campaign rally in San Jose. Before arriving in Vallejo, Sanders made a surprise visit in San Francisco, dropping in on a rally supporting hotel workers at the Le Meridien Hotel.

On Saturday, May 21 he traveled to San Diego and visited Friendship Park, a meeting place for separated families at the U.S.-Mexico border.

“All of this tells us why we need comprehensive immigration reform,” Sanders said after listening to the stories of families who have been separated. “I would hope that the Republicans in congress understand that we have a very, very broken immigration system and that it must be reformed and that they should in fact work with Democrats to pass comprehensive immigration reform. If not and if I am elected president of the United States, I will use the executive powers that the president has to do that the best that I can.”

California will hold its presidential primary elections on June 7.