Encuentro 36 puts modern twist on tradition of resistance through music 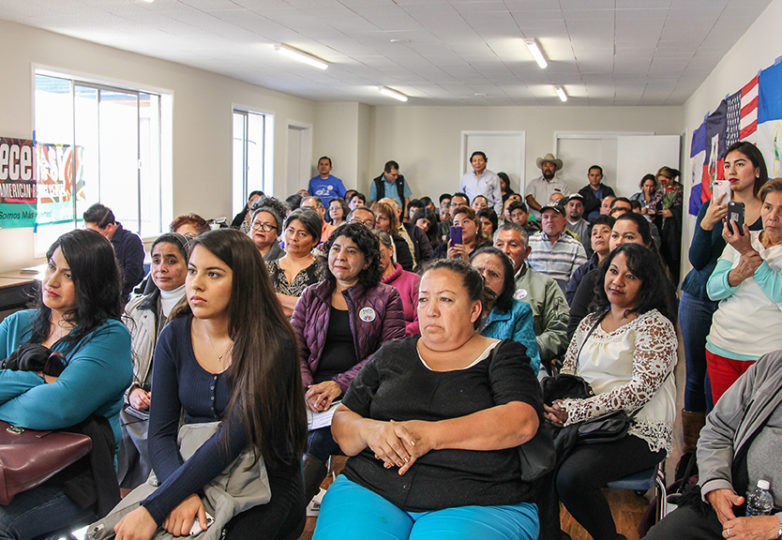 Attendees listen to Ricardo Calderon at Forum: Rights and Options for TPSianos Campaign to Save TPS, Nov. 12 at St. Anthony’s Church in the Mission District. Photo: Adelyna Tirado 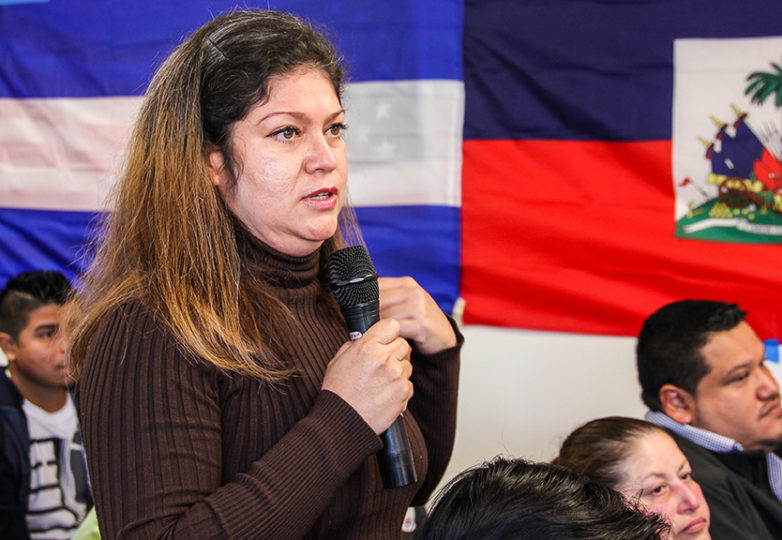 Giselle Bustamante asks a question from the audience at Forum: Rights and Options for TPSianos Campaign to Save TPS on Nov. 12 at St. Anthony’s Church in the Mission District. Photo: Adelyna Tirado 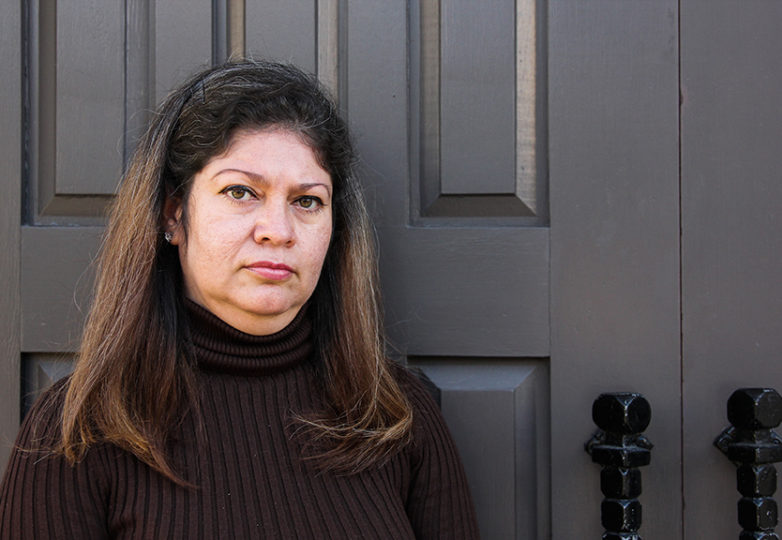 The Department of Homeland Security (DHS) announced on Nov. 6 it’s intention to terminate Temporary Protective Status (TPS) for Nicaraguans, many of whom have lived in the United States for nearly two decades.

The TPS program—which offers temporary residency to more than 300,000 foreign nationals from 13 countries who have fled violence and natural disasters—was extended to Nicaragua on Jan. 5, 1999. In her Nov. 5 announcement, acting secretary Elaine Duke said Nicaraguans’ TPS would last through Jan. 5, 2019 “to allow for an orderly transition.”

“This is in line and consistent with the Trump administration’s anti-immigrant, xenophobic and racist agenda,” said Dugan-Cuadra, who was disappointed but not surprised by the announcement. “Everything that’s coming out of the federal government currently is a shadow or reflection of his leadership, and of course it hurts us. It’s painful to think that somebody can just overnight decide that people who have been here 20 years or more, who have homes, children, businesses, who have built their lives… Many of them have lived in this country longer than anywhere else.”

Giselle Bustamante is one such person. She left her native Nicaragua about 18 years ago to help her sister in the Bay Area, who had suffered profound losses in an accidental fire. With no family around, Bustamante, then 26, came to her sister’s aid, offering all of the support she could.

“Her recovery was a very long one. So that kept me here,” Bustamante said. “Then I benefited for TPS.”

Today Bustamante is a mother of three, who went to school to learn English and was on the verge of starting her own industrial cleaning service business. She currently attends Berkeley City College in hopes of obtaining a degree. For 18 years she has undergone regular screenings (sometimes every year, sometimes every 18 months), which is a requirement for all TPS beneficiaries. But her future in this country is now uncertain.

“It was a really unjust decision because all the time we’ve been here, we’ve demonstrated that we’re good citizens, we’ve completely integrated into this society,” Bustamante said. “Our lives are grounded here. We have families, businesses, houses, and from one moment to the next, it feels like we’re being exiled. We’ve continued to live a productive life here, we’ve brought our values and work ethic to this country. We’ve given more to this country than to our own countries.”

The other TPS communities

Nicaragua’s loss of TPS status has left other beneficiaries, such as Hondurans, Salvadorans and Haitians, shaken. In her Nov. 6 announcement, Duke made no mention of Honduras (the second largest TPS population at 57,000) whose TPS expiration date is set for July 5, 2018. But the announcement said that “given the information currently available to the Acting Secretary, it is possible that the TPS designation for Honduras will be terminated at the end of the six-month automatic extension with an appropriate delay.”

Weeks before the announcement was made, dozens of Central American and Haitian community members gathered at San Francisco City Hall on Oct. 20, urging that TPS be renewed. Some of those in attendance travelled to Washington, D.C. a day later to lobby Congress to defend TPS.

Vanessa Velasco and her husband Enrique, like many people fleeing Central America, left El Salvador in 2001 to escape violence and the lack of overall opportunities. TPS beneficiaries since March 2001, they have three children who are U.S. Citizens. Their oldest daughter is on the verge of attending college, but their future as a family in this country is uncertain.

“We’ve been working, contributing to this society and for us it [TPS] is important,” Vanessa said. “Our future as a family depends on it.”

On Nov. 3, Rep. Nydia Velazquez (D-NY) introduced H.R. 4253, the “American Promise Act,” which would provide certain protections for TPS beneficiaries. CARECEN is throwing its full support behind the bill.

“We feel that one person is too many, let alone targeting a group of individuals,” Dugan-Cuadra said. “And that’s what’s happening right now.”

In the wake of the DHS decision, groups and organizations like CARECEN have been focused on making sure their community understands what this decision means in simple language, and that they need to remain strong and not succumb to fear. The termination of TPS is not equivalent to receiving a deportation order.

They are also urging TPSianos from all 13 countries, former DACA recipients and all 11 million undocumented people to seek legal counsel through trusted community organizations and licensed and certified attorneys, and to not fall prey to unqualified “notarios” or be deterred by filing fees.

“We know that there are a lot of existing programs that people can benefit from to adjust their status,” Dugan-Cuadra said. “But we will not know … [what they are eligible for] unless people come out and get screened.”

CARECEN also participated in a TPS workshop on Nov. 12, which Bustamante attended.

“I would like to tell our community that we cannot let this decision turn us negative and that we continue with our plans…a lot of our people don’t have anything to return to our countries,” she said. “Our countries remain poor. There aren’t any jobs there waiting for us, and places to live. It would be a major setback for us. We have to remain here, to continue to live right, and to have confidence in the future.”