In this corner: Mission nurse finds home in world of professional fighting 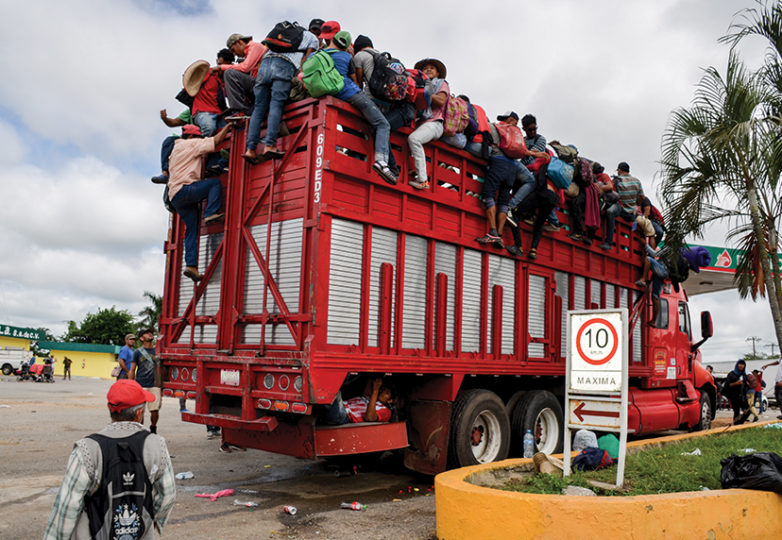 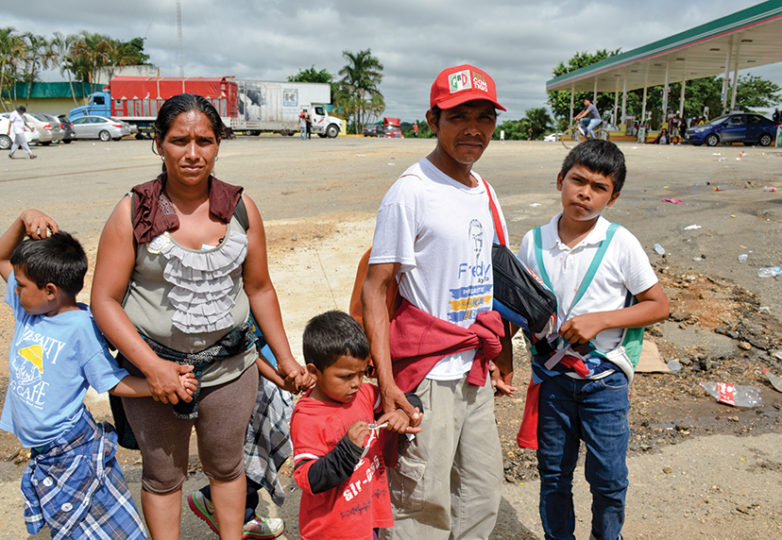 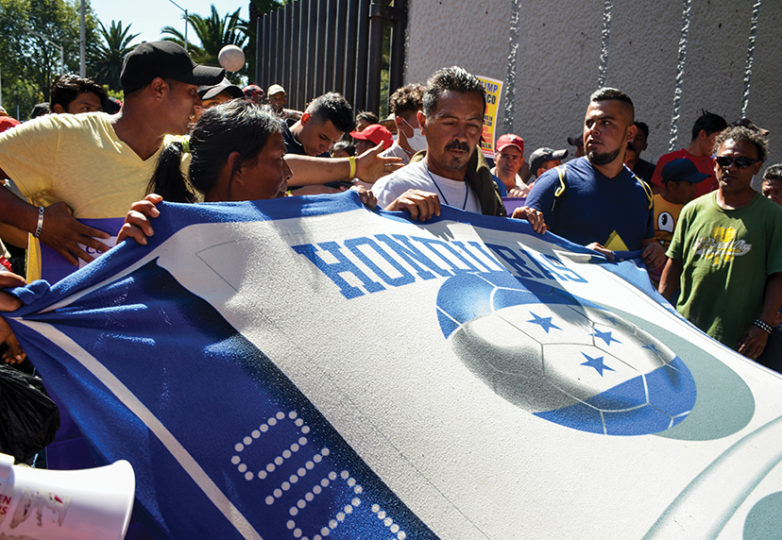 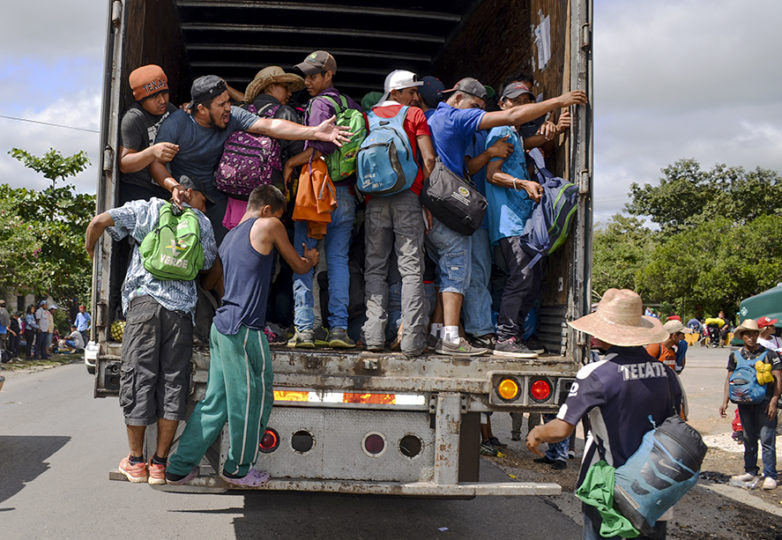 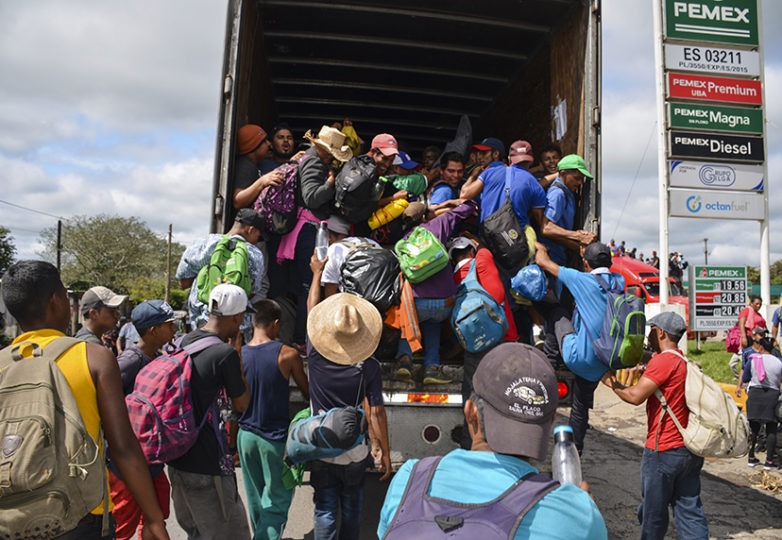 The Caminata del Migrante—the migrant “caravan” of mostly Honduran refugees that has been subject to a continuous campaign of demonization and scare-mongering for political gain by right wing media and President Trump—is a direct result of the U.S. foreign policy.

The United States has a long history of meddling in the political affairs of Central America, usually with the result of massively destabilizing whichever country it is trying to influence. From the C.I.A.-back coup in Guatemala that overthrew the democratically President Jacobo Árbenz in 1954 to President Ronald Reagan supporting military death squads in Nicaragua and El Salvador in the 1980s, each time the United States has interfered in the political affairs of Latin Americans, waves of migrant refugees have followed. In 2009 a U.S.-backed military coup overthrew the former Honduran president Manuel Zelaya. Since then thousands have been killed including social activists, journalists, LGBT people, and political leaders.

“It has been hell in Honduras, this is why people have left,” said San Francisco-based journalist Gloria La Riva, an internationally known activist, documentarian and blogger for Liberation News, who has written extensively on Latin America.

While President Trump continues to claim that the caravan is mainly comprised of criminals, an informal survey revealed there are over 1,800 minors, including many infants and toddlers. According to La Riva, the survey also revealed that there are at least 85 pregnant women, but the majority are young men seeking economic opportunity.

La Riva and her colleague Adán Plascencia have been documenting Caminata del Migrante’s progress. Both journalists travelled to Mexico from Nov. 1-9 to report on the caravan for Liberation News, the news outlet for the national Party of Socialism and Liberation (PSL), accompanying the refugees from the state of Veracruz to the Mexican capital.

La Riva presented her account and an update on the status of the Central American exodus recently at an event called SF Forum: Eyewitness Refugee Caravan, which was held at the PSL offices near 26th and Mission streets.

“Our goal is to strengthen the reality and perception of the people [in the U.S.] and their understanding that this is a matter of survival,” she said. “Yes, they are refugees, we met a lot of people who had personally experienced violence or the death of their family members. But also, the poverty and the violence in the economy.”

La Riva said she arrived in Mexico City with a section of the caravan on Nov. 4 and stayed for five days. There, the Mexican government, local volunteers and organizations provided aid including tents, food, clothing, 25 dentists, and a whole clinic of doctors and psychologists. Local churches donated food and clowns came to entertain the children.

“We met people from Pueblos Sin Fronteras there, there are many Human Rights Commission members from Mexico that work for the state and Mexican lawyers,” she said.

While there, she interviewed families who have fled their homes to escape the life-threatening corruption, violence, poverty that are a direct result of economic policies that have been forced on their country by the United States.

“Policies that sack and loot the social programs that have [already been waning] for decades, laying off hundreds of thousands of workers in these countries and allowing the banks to take over the economies, this is the story of Latin America,” she said.

According to La Riva, the question is, what do you do with 7,000 people “just on this caravan, who are determined to reach the U.S.?  You can’t just say they don’t qualify, and the government should know this.”

It has now been more than a month since Caminata del Migrante entered Mexico en route to the U.S.-Mexico border, and the promise of a better life for those seeking asylum in America.

President Trump, in response, temporarily closed the border at San Ysidro on Sunday just south of San Diego.  On the morning of Nov. 25 the president tried again to exploit the Central American migrant crisis to spread nationalistic rhetoric and stoke fear, taking to his Twitter account to call the migrants “stone-cold criminals.”

He also has threatened to close the border permanently and deny the migrants entry into the United States. A temporary closing of the San Ysidro border crossing on Nov. 24 resulted in U.S. Customs and Border Protection agents firing tear gas canisters at dozens of migrants—some of them women and children—who were demonstrating at the Mexican border fence near San Diego, when a few attempted to breach the fence.

La Riva described struggling families, hard working men, women and children who have endured traveling thousands of miles, at times with little food or water. And she discussed the importance of controlling narrative of refugee experience to counter the increasingly unhinged xenophobic rhetoric coming from the U.S. government, which has now progressed to justifying violence by U.S. border agents.

She said the main purpose of her trip was to dispel the rhetoric that has characterized the migrants as “violent,” and accurately capture the hardships that they are enduring.

“To show the humanness of their struggle, their right to survive, why they’re coming and their determination,” La Riva said. “To help build solidarity for when they finally come to the border, a number of them are there now.”

There are an estimated 5,000 Central American refugees are currently camped in Tijuana. The migrants have been offered asylum in Mexico, but most still want to come to the United States. There are a number of Hondurans who said they will stay in Mexico, because according to La Riva, they were moved by the Mexican solidarity.

For those who want to join the solidarity effort, The Party for Socialism and Liberation is currently accepting donations through its website to provide assistance to the caravan.

How you can help the caravan