Farewell to a Calle 24 institution

One of the leading lights of the Latino community flickered out on Sunday, Dec. 13, when Silvia “Mamacoatl” Parra died suddenly of stomach cancer in Mexico City. She was in her early 50s.

Living in Costa Rica prior to her death, the “Border Crossing Goddess” took the Mission District by storm when she arrived in San Francisco 15 years ago as an undocumented single mother.

Born in the Sonoran Mexican desert of the Yaqui People, she developed her spiritual, healing and intellectual capacities, graduating from San Francisco’s New College of California with two graduate degrees, focusing on women’s studies and spirituality.

In 2006, she introduced the celebrations of the United Nations Day for the Elimination of Violence Against Women to San Francisco. Surprised that American women were not rallying to the cause, she quickly organized a few of her friends to hold impromptu rallies at the 16th Street BART station. 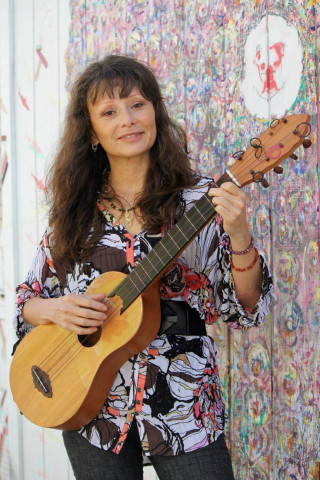 She expanded her efforts over the years and the event was eventually held on the steps of San Francisco’s City Hall. By the eighth year, she received a commendation from the city for her work on behalf of women. She swallowed her fears to face the City supervisors to receive the award, worried that she might be deported for being undocumented.

But it was Mamacoatl’s stature as an artist (or “artivist” as she called it) that made her so beloved to the community. She was the poet and the songbird accompanied by her jarana, always raising relevant issues—cultural event after event.

Parra never backed down from calling out racism, misogyny, economic injustice and deportations without thought to her own vulnerable situation. She helped spread indigenous spirituality and held many healing workshops.

Parra raised the bar of feminist thinking through her work. I didn’t mention her physical beauty, her long hair and ingenious outfits, performance after performance at the Red Poppy Art House, The Mission Cultural Center, Dance Mission, the Brava Theater, La Peña in Berkeley and La Peña del Sur and other community venues.

A Huge Victory for Public Banking in SF

Her music has been been broadcast in local and international media. Mamacoatl’s charisma helped her organize rallies, and many times she marched in them.

There will be many memories honoring Mamacoatl, including one on Saturday, Dec. 19 at 2 p.m. at Cafe La Boheme in San Francisco. Her friend Jorge Argueta of Luna’s Press & Bookstore, published her book of short poems, titled “Mi Casa.”

Parra is survived by her daughter, Paloma McGlothin, and her mother, sisters, nieces and nephews in Arizona.