The Meeting of Styles 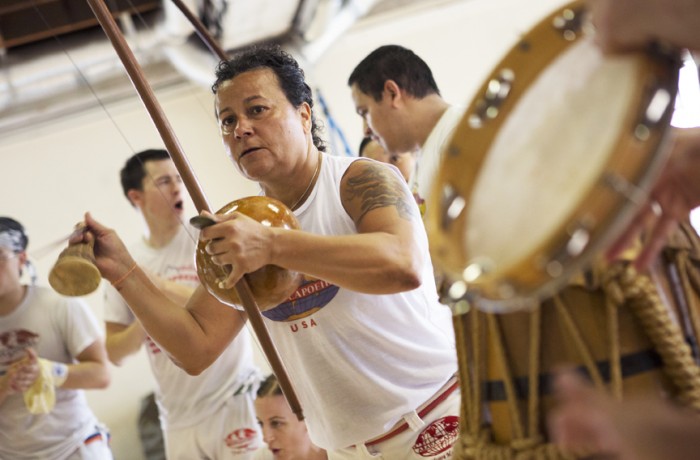 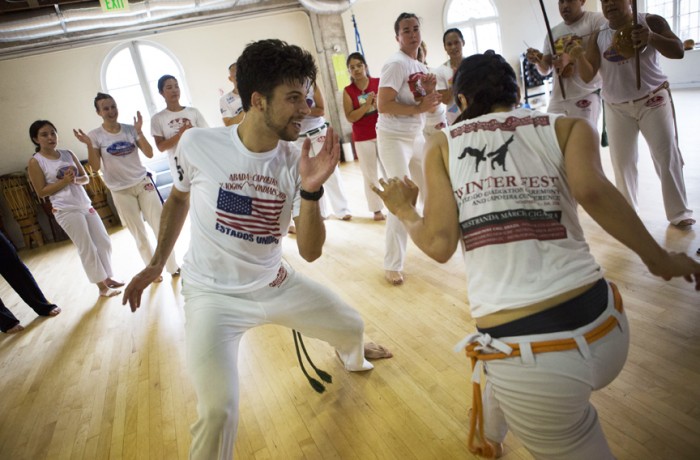 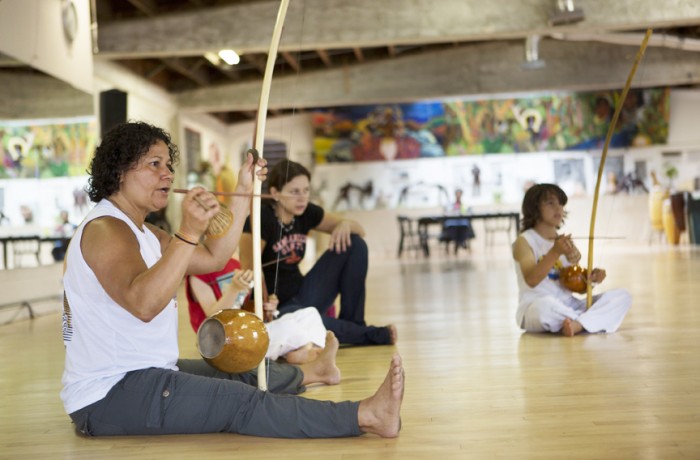 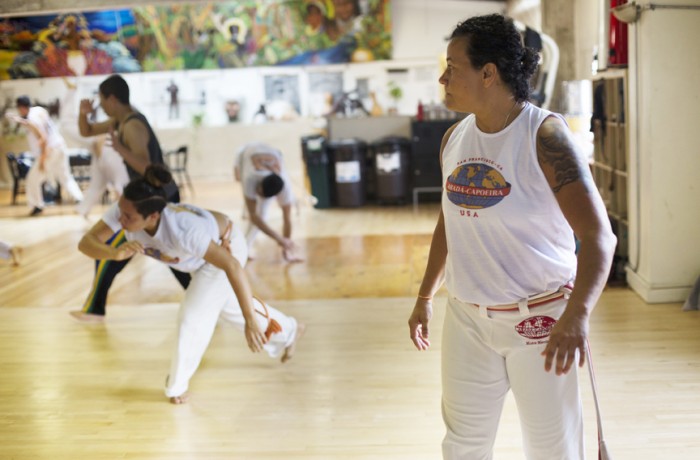 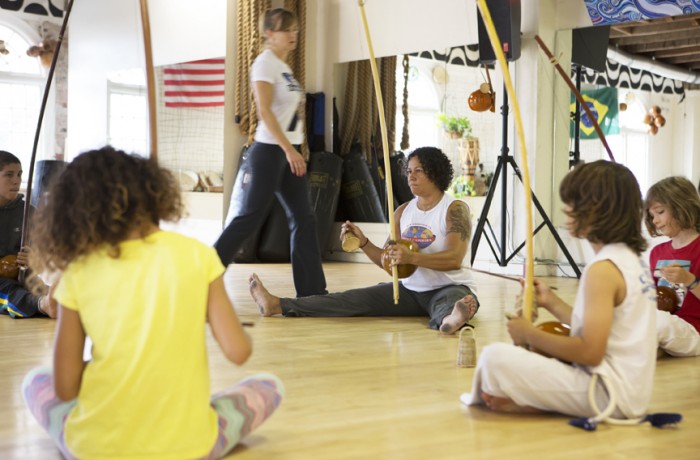 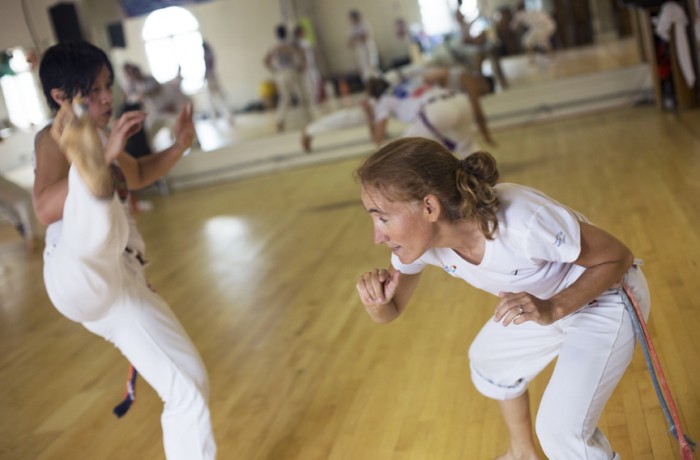 As Mayela Carrasco sees it, artistic expression should be free, or at least affordable. The 19 year old has danced since the age of two, but began practicing the Brazilian martial art and dance capoeira a few years ago at Abadá-Capoeira San Francisco (ACSF).

Since then, she has spent countless days training at the studio at 3221 22nd St. (between Mission and Bartlett streets) where she has been able to learn the art for free.

“That’s kind of why I stopped doing as much dance,” she said. “Because I couldn’t afford to pay $50 a class. That’s ridiculous.”

Abadá-Capoira has been at the 22nd Street location since 2002, when it moved just two blocks away from its original location.

Marcia “Cigarra” Treidler founded the capoeira center in 1997, and relocated from Rio de Janeiro, Brazil to San Francisco in 1991. The lead instructor for adult and teen capoeira classes, Treidler began practicing Capoeira at age 17 and started teaching kids in Rio the art form soon after. She eventually used those teaching skills with youth in San Francisco, where her teaching still aims to provide all students with tools to become professionals in capoeira, regardless of socioeconomic status, identity or ability.

“I didn’t grow up here, but I’ve been in the Mission for a long time, and I’ve seen many transformations,” Treidler said. “People come and go. They take a break or go to school, especially the young ones. But they know this is a safe place they can come and feel respected. They’re always welcome if they’re on the right track. We always inspire them to be better people.”

Rates at the studio average $73 a month. But youth from qualifying low-income families are able to train at no expense because of the Reach all Youth (RAY) program. Cigarra began the outreach program in 1998 as a response to excessive youth violence in the area.

The concept of RAY is that all youth should have equal access to programs supporting healthy development, whatever their physical, racial or economic backgrounds. This is an important aspect of the capoeira center, Carrasco said.

Many Latinos attend the classes in the Mission, but the demographics of the studio’s student population remain fairly mixed. Having classes available at affordable prices, or for free, enables the center to remain diverse, according to Carrasco.

If classes were unavailable to lower-income families the atmosphere would be different.
“I know some folks can definitely afford it but they still might not take it because it changes things,” Carrasco said. “When things are free you’re going to be there all the time. You’re going to be committed.”
The culture of capoeira includes empowerment and a space for social and cultural exchange. This is something Keira K., whose son is in the program, values.
“…One of the benefits of being in San Francisco is the diversity and exposure to different cultures,” Keira said.
Her son Duncan, 9, has grown a lot since he began taking the classes.
“The sense of community, and body strength development, it’s been a fantastic experience,” Keira said.

“It makes you stronger,” he said. “It’s really active, and you learn a lot of things.”
Learning the art has also made Carrasco more fit. But more than that, it’s added meaning to her life. This summer, she went to Brazil to perform with a few other students for free because of all the hard work she has put in.

“It really changed my life,” Carrasco said. “It gave me all these opportunities I wasn’t getting anywhere else. It gave me a capoeira family—all of the people here I’m very close to.”