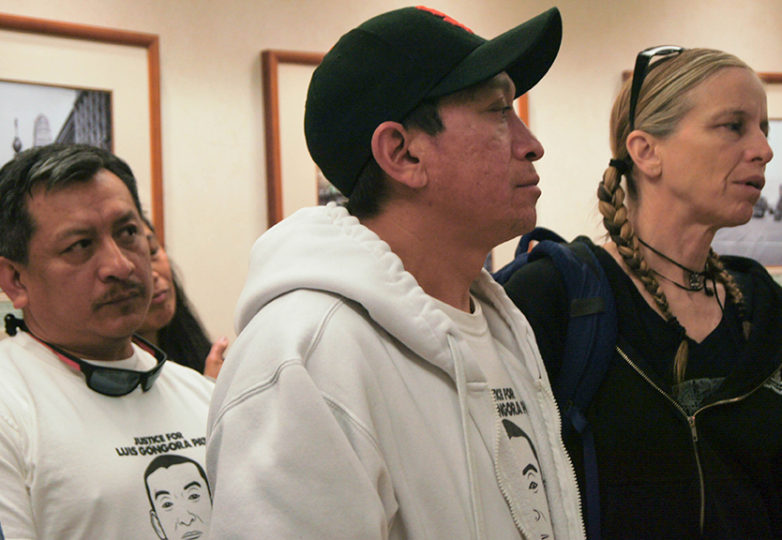 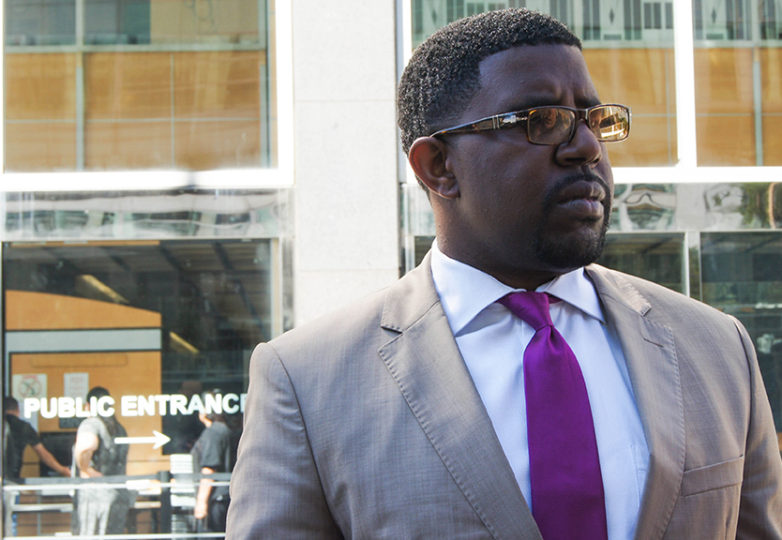 Adante Pointer stands outside the Phillip Burton Federal Building on March 13, 2017. Pointer is representing the family of Luis Góngora Pat, a Latino man that was fatally shot by the SFPD on April 7, 2016. Photo: Karen Sanchez

The family of the Yucatec Mayan man fatally shot by two San Francisco police officers in 2016, will have to wait more than a year for their day in court, while the city searches for a new judge.

On March 13, more than dozen supporters including the parents of Alex Nieto, the 28-year-old man slain by SFPD officers in 2014, gathered at the federal courthouse for the first trial hearing of Luis Góngora Pat vs the City and County of San Francisco.

The presiding judge, Thelton Henderson, announced he will retire in August, during a hearing attended by civil rights attorney Adante Pointer (who is representing the Góngora family) and San Francisco Deputy City Attorney Sean Connolly (who is representing Sgt. Nate Steger and officer Michael Mellone).

Henderson told both attorneys that a new judge will be randomly selected.

“We can just hope, pray, work and anticipate that it will be a fair judge,“ Pointer said.

Both attorneys agreed to the set court date on Oct. 22, 2018, which was the earliest available date because several other officer-involved shooting cases are still pending.

“The wheels of justice wind really slow, and sometimes they feel like they don’t move at all,” Pointer said.

Pointer said he will be interviewing witnesses, gathering videos and police practice experts before the set trial date.

Góngora Pat was fatally shot by Sgt. Steger and officer Mellone on the 400 block of Shotwell Street on April 7, 2016. A security camera video, which was released shortly after the incident, showed police firing shots at the 45-year-old Góngora within 30 seconds of encountering him.

During the hearing, Connolly said the city will not disclose any information unless there is an issued protective order, which insures that any information the city releases will not be shared with the public.

“As many as you know, police officers enjoy a lot of protection, [a] legal shield as you will,” Pointer said. “We think full disclosure is the best policy.”

Pointer added that he thinks he will be able to debunk Connolly’s argument, but he is concerned about finding a fair jury. During the Alex Nieto trial last year, the jury didn’t include any Latinos or African-Americans.

“It’s very hard to bare these types of cases especially with a family member involved and not knowing what’s going to happen,” Carlos Poot Pat said.

Pointer will be working on strengthening the case enough to convince the jury.

“If the truth comes out and you couple that with a fair-minded jury, then you get justice,” Pointer said.