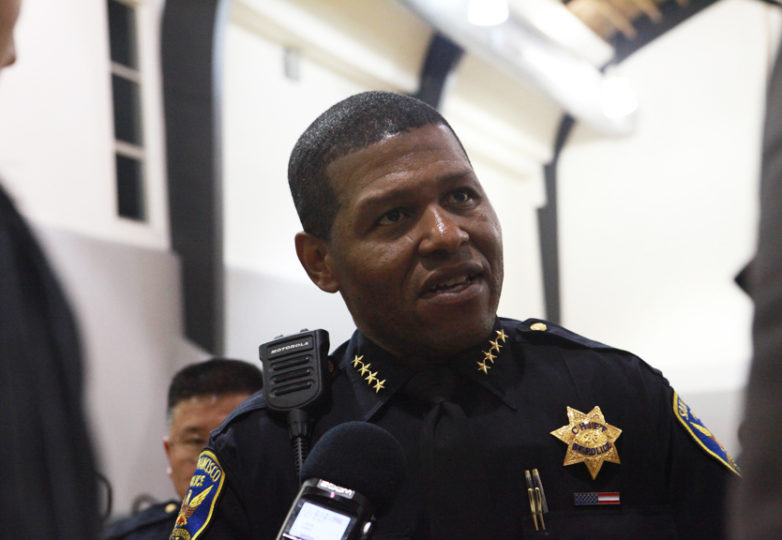 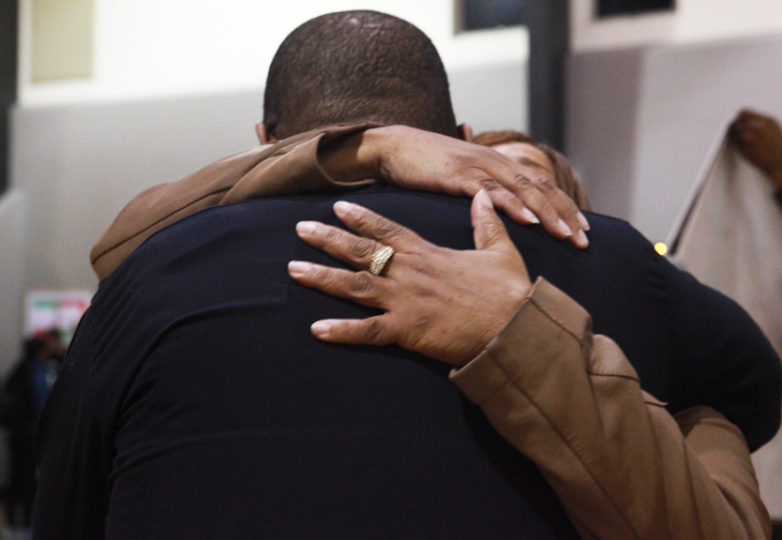 Hoping to improve strained relations between police and the Bayview community, SFPD chief William “Bill” Scott addressed a town hall crowd of about 75 on March 9.

It was the first time the new chief, who was handpicked by Mayor Ed Lee, had made such an address since being sworn into office on Jan. 23. A 27-year veteran of the LAPD, Scott is only the third outside hire in the SFPD’s 167-year history.

“I understand the impact, how any police department can change the lives of families,” the soft-spoken Scott said. “One of the hardest things I’ve ever had to do in my 27 years was walk a mother and father into a crime scene, an officer-involved shooting, where their son lost his life at the hands at the department that I worked for.”

Scott used the town hall to publicly apologize to Gwen Woods, the mother of Mario Woods, the 26-year-old who was fatally shot by SFPD officers on Dec. 2, 2015.

“We’re terrorized out here,” said Jeffrey Stewart, a childhood friend of Mario Woods. “We need to talk about how people are policed in different parts of the city and you, as a black man, I would hope that is something that’s important to you.”

One by one, attendees addressed questions written on index cards to Chief Scott, but there was tension between some audience members.

The family of Luis Góngora Pat, a homeless man fatally shot by the SFPD last year, stood up anxiously waiting their turn to speak to Scott, but were stopped from doing so.

Phelica Jones, founder of the Justice 4 Mario Woods Coalition, attempted to mediate between the Góngora family and various parties, but it resulted only in frustration, leading to the family and a few other activists storming out of the meeting.

Over the course of the meeting Scott addressed different possible methods of restoring the public’s trust in police officers, including increased availability of footage from Body Worn Cameras, which could be viewed depending on the case.

On Jan. 6, SFPD released body camera footage to the public for the first time, after an incident that hospitalized an unarmed, mentally ill man.

SFPD Officers spend 10 percent of their work day dealing with mentally ill people, according to the department’s statistics. The SF Chronicle reported approximately 14 people with histories of mental-health problems have been fatally shot by SFPD since 2010.

The use of Tasers was another topic Scott that addressed. Although he said he fully supports the use of Tasers and “believes it can save lives,” many of the audience shook their heads in disagreement.

Jones continued to try to keep the peace.

“We have to see what he’s going to do,” she said of Scott. “I can’t judge him because I don’t know him.”

Scott will have to repair the SFPD’s image, which was tarnished during former Police Chief Greg Suhr’s tenure.