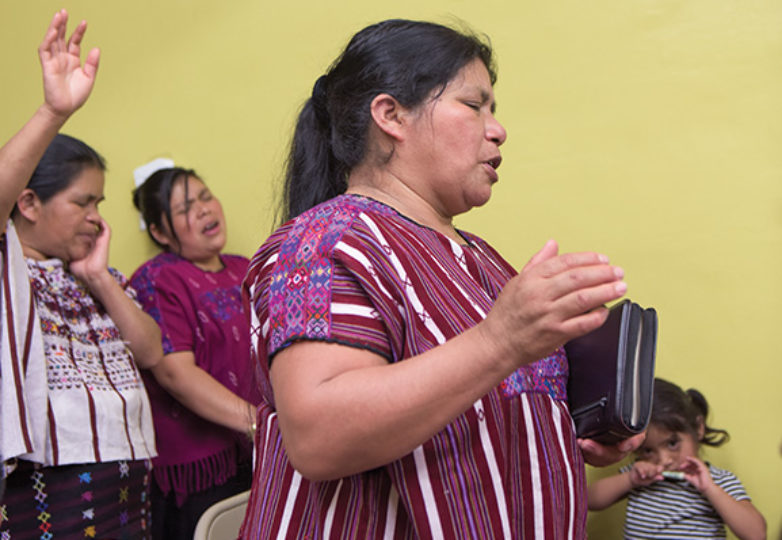 Guadalupe Hernandez stands before women in the Mam community while singing along with the pastor. Photo: Mark Jason Quines 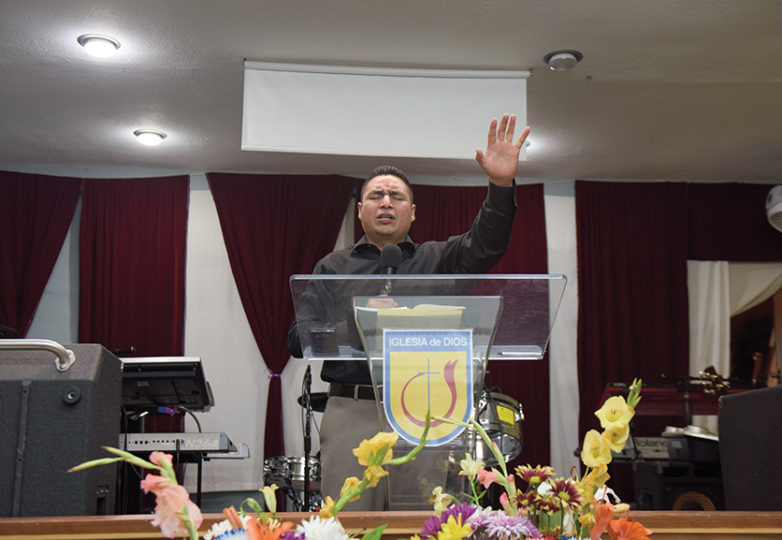 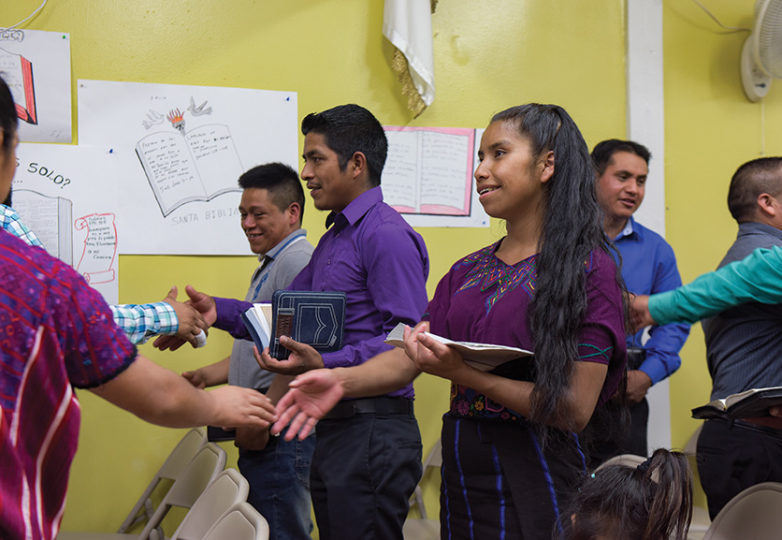 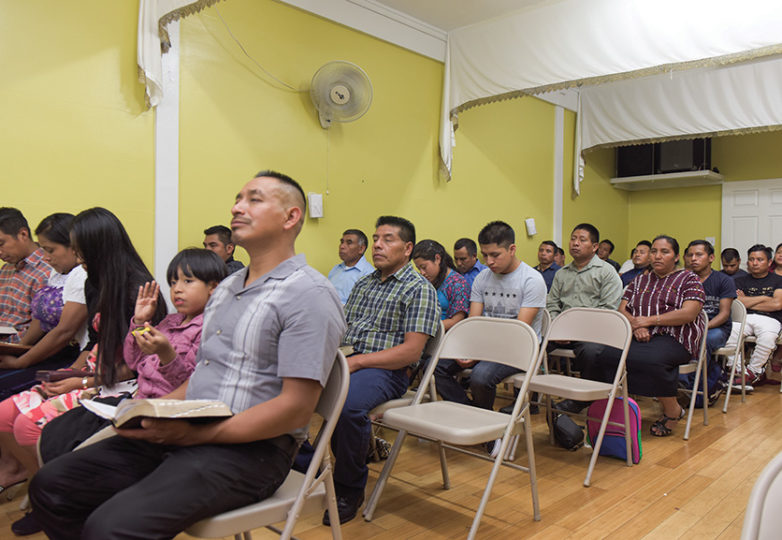 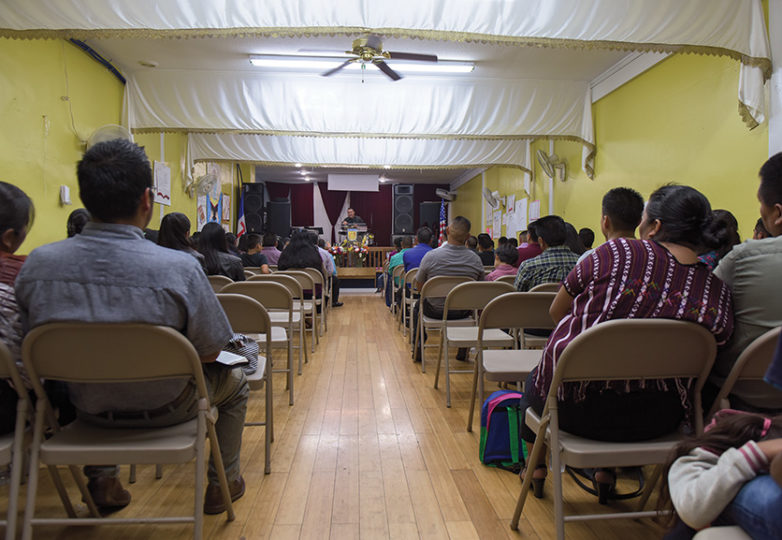 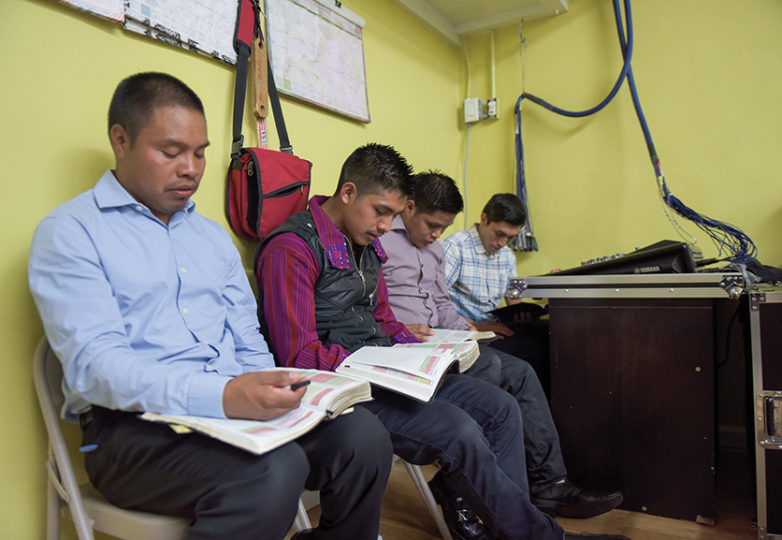 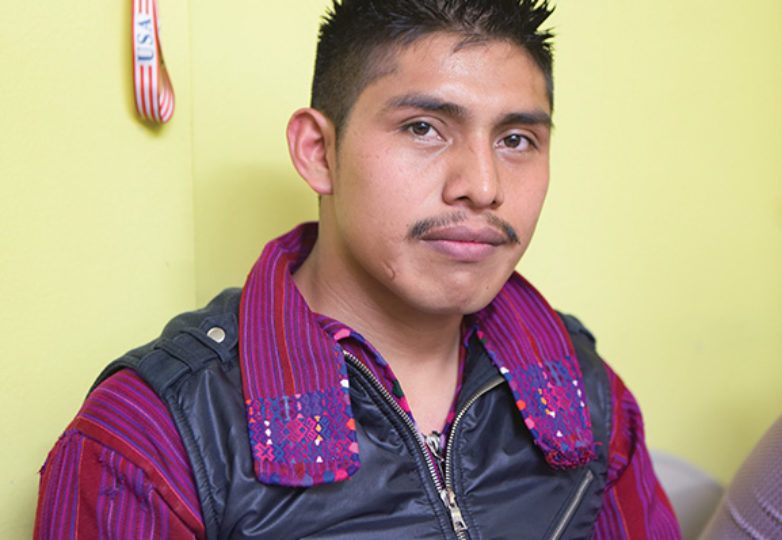 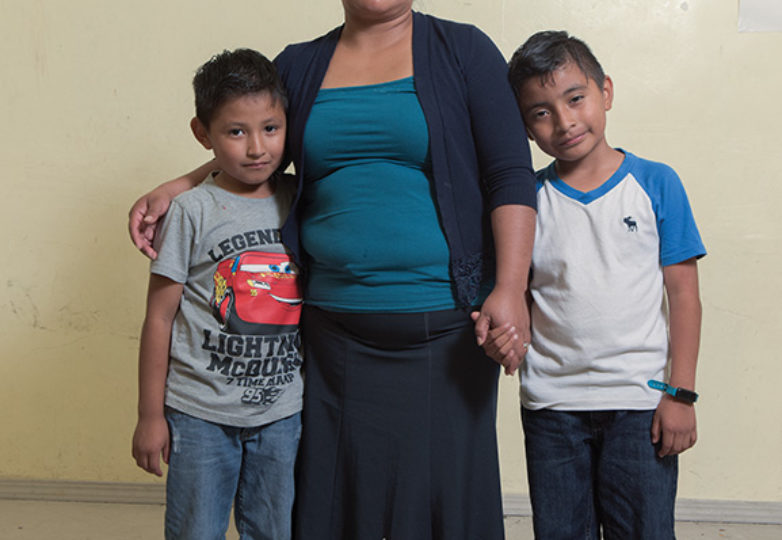 Irma Mendoza poses for a portrait with her children, Jimmy (left) and Thomas (right). Irma cooks with other women in the Mam community to make sure they always have plates of food for sale after the service, to donate back to the church and the community. Photo: Mark Jason Quines 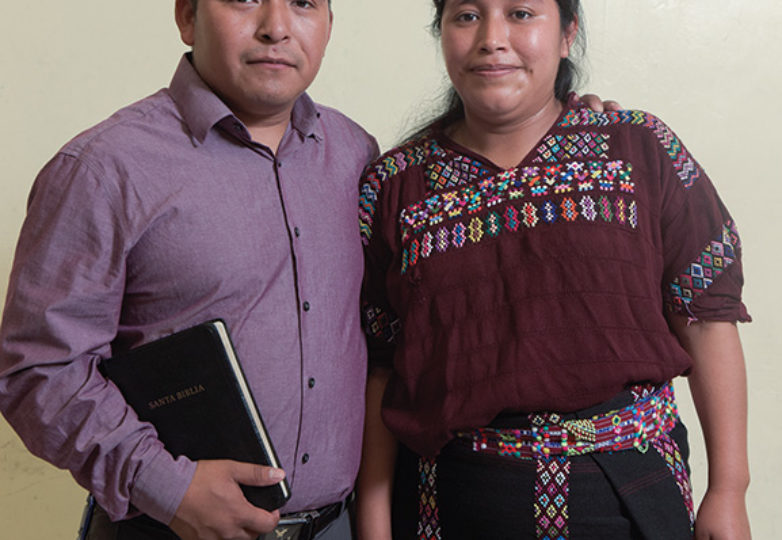 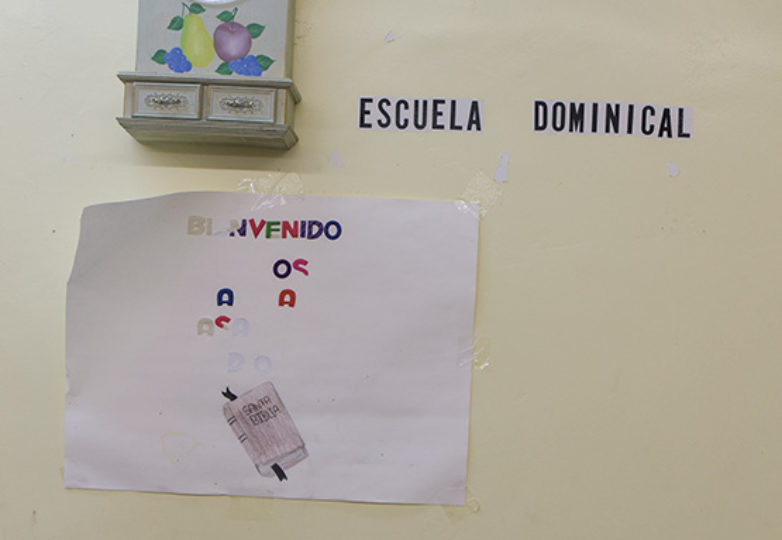 One of the many handmade banners on the walls of Iglesia de Dios, where Mam community members gather for service in Oakland, Calif. on Aug. 31, 2018. Photo: Mark Jason Quines

When it comes to Mayan culture, most people tend to think of the ancient civilization that existed in southern Mexico and Guatemala. But Mayans and their culture prevail today, even when many of them have migrated north to the United States to find a better life.

The reasons why native Mayans migrate north are no different than those that lead millions of Latinos to migrate. Nevertheless, the members of the Mam community (an indigenous Mayan group based in the Guatemalan and Southern Mexican highlands) face additional challenges when they move to the United States.

Society in the United States typically judges Mam people as though they were Latinos, which while technically true, is not a term with which they identify. For those in the Mam community, it happens frequently when someone assumes that their first language is Spanish, given that they are from Guatemala. However, Mam is their first language. Yet even when they sometimes confirm that they are Latinos to avoid an explanation, they first identify as Mayans.

The Mam community in Oakland took root approximately 15 years ago and now counts around 10,000 members, the majority of whom reside in East Oakland. Many Mam congregate at Iglesia de Dios, a Catholic church in Fruitvale. The church works as a place of reunion for both the new generations and the ones that have been living here more time.

“It really helped me to adapt,” Henry Sales, a leader in Oakland’s Mam community, said about the church’s role in having a strong and unified community.

According to the Executive Office for Immigration Review in the Department of Justice, the Mam language ranked number nine in the top 25 languages used in immigration courts in 2015 and 2016, topping French, which previously held that position in recent years. As a consequence, Mam translators are very sought out in various public places, from schools and hospitals to lawyer’s offices and judicial courts.

“I think maybe about 30,” Sales guessed when asked how many cases he had worked as a translator. He also noted how inspiring and gratifying it was to see the people win their cases and realize he had been part of the process.

However, ignorance about this community and its culture prevails in the rest of the society. As a way to help educate and address this ignorance, Sales, along with other members of the Mam community in Oakland, are organizing a cultural event about their native culture.

On Sept. 15, at the Cesar E. Chavez Branch Library in Oakland, the Mam community will host a public event where they will introduce their culture and traditions to others. The Mam Cultural Festival will run from 2 p.m. to 4:30 p.m. and aims to make accessible the traditions of the Mam culture. Through showcasing traditional clothing, food and music, Sales hopes the festival will inform and educate others about the local Mam community.

“Many people, when we tell them we are Maya of the ancient civilizations, they answer: ‘But they don’t exist, they died already,’” said Sales. Born in San Juan Atitán in Guatemala, Sales moved to the United States when he was a teenager, and now that he is 25, he is spreading public awareness for the Mam community. With an associates degree in business, Sales is looking to be admitted to the University of California, Berkeley. He has ambitious and positive goals for the future of the Mam community, from creating a community center to help the Mams, to teaching a college class where students can learn the Mam language.

“We want our voice to be heard,” said Sales.

This is especially true given that Mam are often considered strange and indistinguishable from Spanish-speaking Latinos, and that they are discriminated against because of their language. Simply listening to the current president of the United States and how he is spreading fear of foreign cultures is reason for Sales and other members of the Mam community to want to be present in the conversation… and part of the community in Oakland as well as the country.