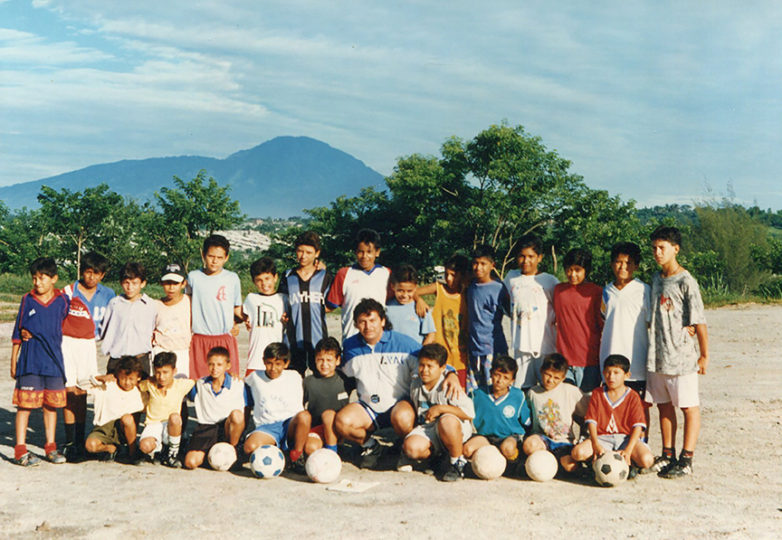 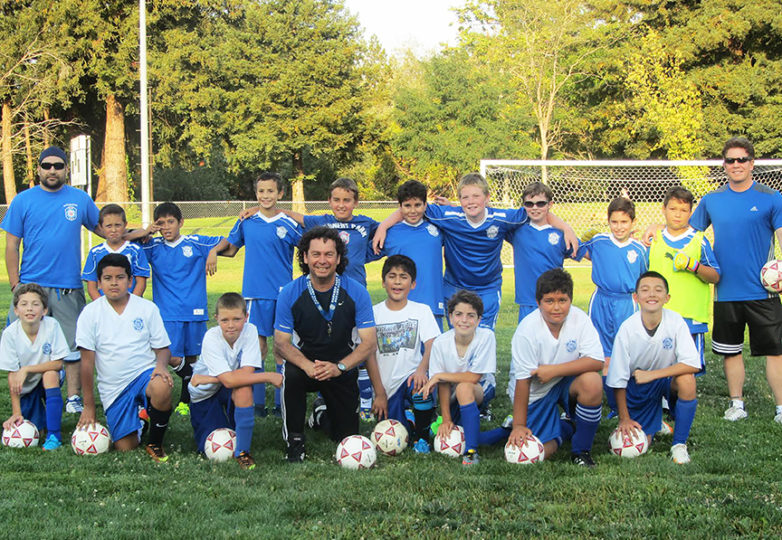 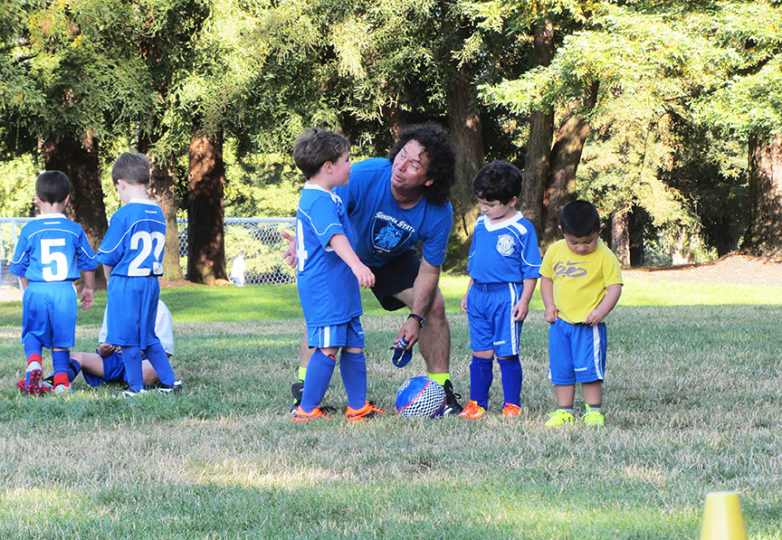 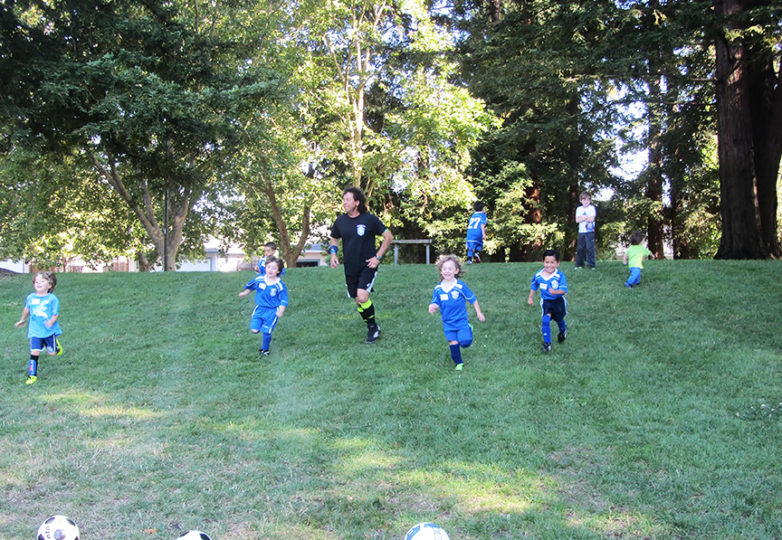 A dedicated father, and youth soccer coach to nearly 600 kids throughout his career, Riccardo Oliva was named Coach of the Year for the state of California in April by Cal North’s 2016 Boys Recreational District V (which includes Marin, Sonoma, and Napa counties).

From El Salvador to the United States, Oliva has shared his love of soccer with the North Bay Latino community by creating free after-school soccer programs for children from low-income families.

“When they unexpectedly announced my name, I felt a tremendous emotion in my personal life, a lot of thoughts were racing through my mind within seconds,” said Oliva. “But, most importantly what I felt, was that out of the enormous quantity of Latinos living in this country, how one could have achieved the award of being named coach of the year. It was a divine moment in my life that I never imagined.”

Oliva was also recently selected as the Western Region and National 2017 U.S. Youth Soccer Boys Recreation Coach of the Year, and has been invited to attend the 2018 U.S. Youth Soccer Workshop in Philadelphia next January, where he’ll receive his award.

Before beginning his 10-year coaching career with the Rohnert Park Soccer Club, Oliva played professional soccer for the University of Technology of El Salvador, San Salvador.

He was also nominated as best player in the National University selection of El Salvador, sixth edition of Central American and Caribbean soccer tournament located in Guatemala.

After retiring from his professional playing years, he decided to move to the United States in hope for a better future for his family.

“I came to the United States around the year 1999—undocumented, like most of my brothers that come from the Central American countries—with the idea to be able to get ahead and bring with me my passion for soccer,” he said.

In El Salvador, Oliva dedicated his time to teaching the children of his community how to play soccer by creating an after-school program.

“Around 1994 in the Republic of El Salvador, I lived in a low-income community where children weren’t developing into the right path, they were exposed to bad habits like underage smoking, watching television for too long, or gang-related activities,” said Oliva. “So, I decided to create a soccer school called, ‘Para Un Futuro Mejor’ with the cooperation of the parents.”

When Oliva arrived in the United States he found employment in a restaurant. After work he dedicated his free time to recruiting children in Latino communities to participate in his soccer program.

He took classes to improve his English and soon after began coaching.

“I think his commitment as a coach is marvelous,” said his wife Sage Oliva. “All the years that he has coached for Rohnert Park Soccer Club are unpaid. Coaching is his gift and it’s beneficial to so many kids. Through his teaching of soccer, kids have so much fun playing the sport while learning about discipline, cooperation, and camaraderie. He puts his whole self into the art of coaching.”

The hardest part of being a coach, Oliva said, is facing the parents of his players when they disagree with his method of teaching, but with his coaching experience he can usually gain their trust.

“I believe that coaching and parenting are two different things. The form of communication is different and so is the discipline,” he said. “I do my part as a coach and try to help in the way I can, but I will not interfere and only ask that parents don’t interfere with how I coach, because I am trained to do this.”

“I have always been amazed at the level of passion Riccardo has for this sport. It is apparent by how much he gives of himself, to his team and by his approach to coaching,” Smith wrote in a letter, nominating Oliva for coach of the year. “He shows his players the respect that he expects in return and is very conscientious about delivering constructive criticism with positive reinforcement. He maintains a focused and disciplined atmosphere while encouraging all of his players to do their best and always have fun.”

Oliva supports himself and his family by working for Toyota’s service department. He has also been offered a volunteer assistant coaching position at a local high school and his wife said he will attend a California Youth Soccer Association’s Soccer Expo in January 2018.

“The most rewarding part of being a coach is watching my players grow and remember my name,” Oliva said. “It makes me feel like I have impacted them in some way. My message to my players is to create a goal and aim for it, as a purpose for the future, and that can all be achieved by having sacrifices and discipline—respecting themselves and others.”

Oliva treasures a handwritten letter of gratitude from a seven-year-old player as a reminder of why loves being a coach. He also aims to encourage other Latinos living in this country to contribute to the community in whatever way they can.

“If you have the tools, use them to help your neighbors,” he said. “And to show this country especially during these times, that they can benefit from us living here.”