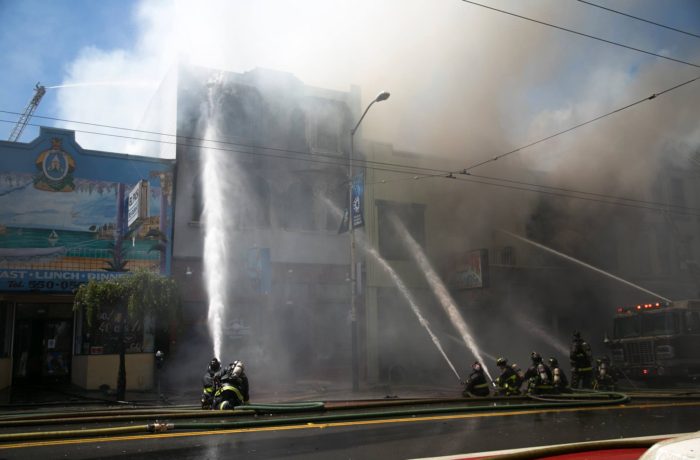 The San Francisco Fire Department fights a five-alarm fire at 29th and Mission streets on Saturday, June 18, 2016. The fire was contained by 7 p.m. Photo Gabriella Angotti-Jones 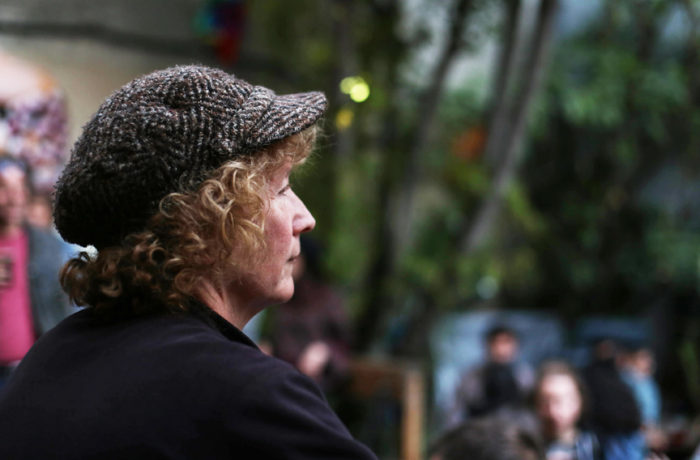 Elisa Welch, has been a San Francisco resident for 17 years, she was not directly impacted, but smelled smoke when she got home from working at Giants Stadium. She will miss the businesses she frequented. San Francisco, California Thursday, June 1, 2016. Photo Jessica Webb 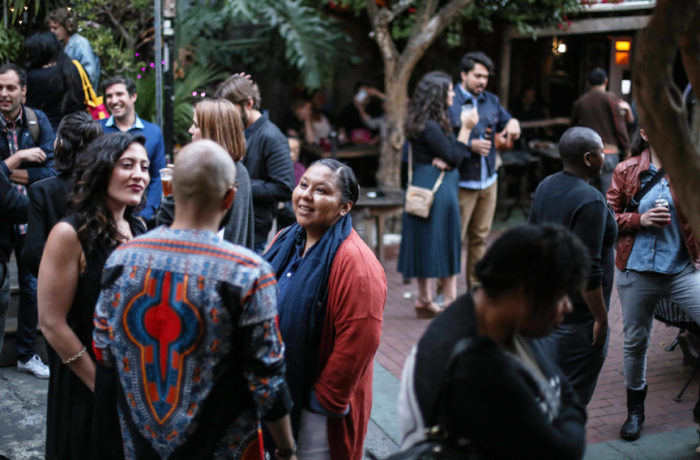 Krea Gomes, Edwin Lindo, and Orly Politi (right to left). All San Francisco natives, Edwin saw the fire from his living room. When asked why he came to the fundraiser tonight he stated, “we need to help them start their lives again.” San Francisco, California Thursday, June 1, 2016. Photo Jessica Webb 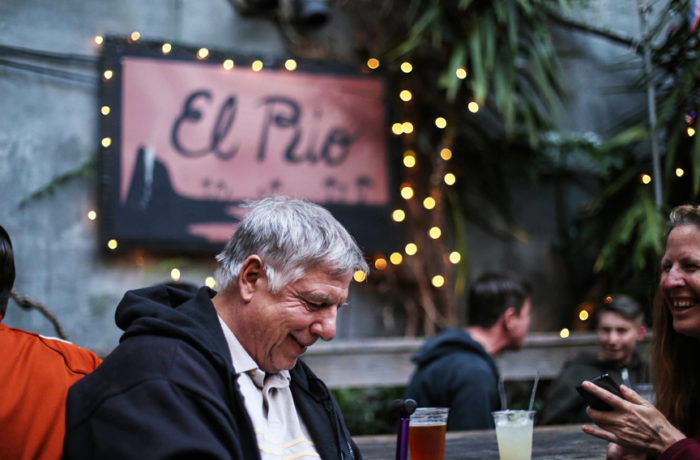 Tom Ruiz and Jan Goben has been in San Francisco for over 20 years, Tom lives only 4 blocks away from where the fire took place. It has taken away their favorite watering hole, The 3300 Club. San Francisco, California Thursday, June 1, 2016. Photo Jessica Webb 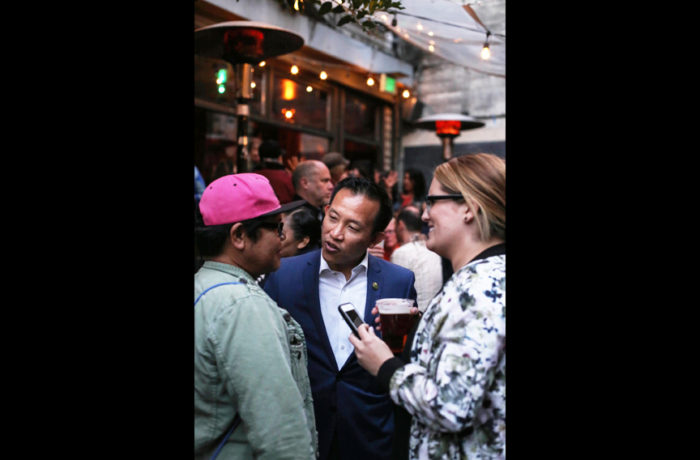 Assemblymember David Chiu. “We have got to get to the bottom of these fires that are happening in the mission.” San Francisco, California Thursday, June 1, 2016. Photo Jessica Webb 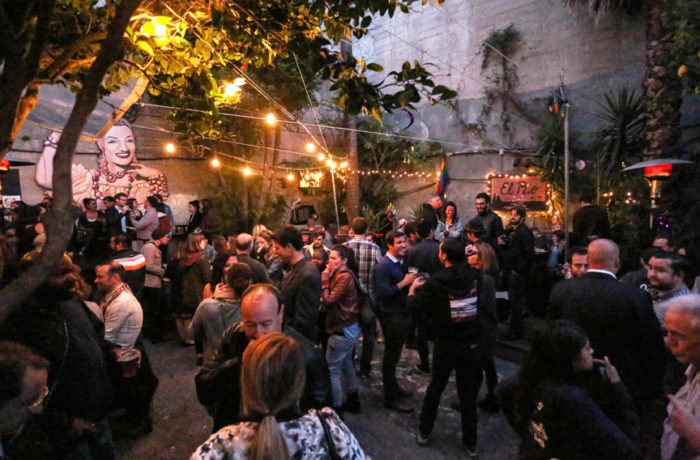 The mission community gathered at El Rio on Thursday night to raise funds for those that were displaced due to the fire that occured on Mission Street on June 18, 2016. San Francisco, California Thursday, June 1, 2016. Photo Jessica Webb 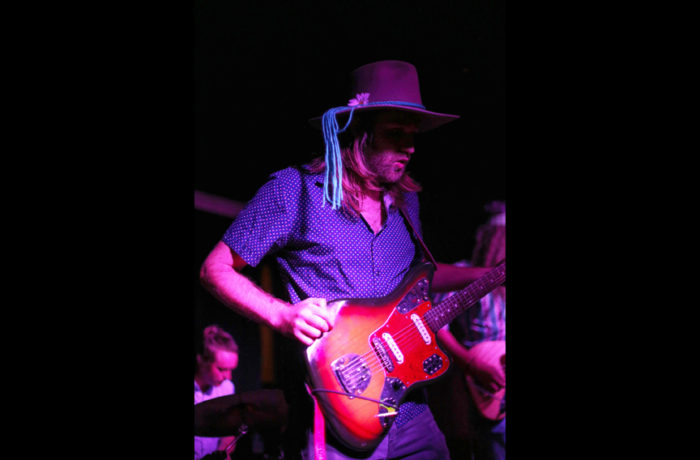 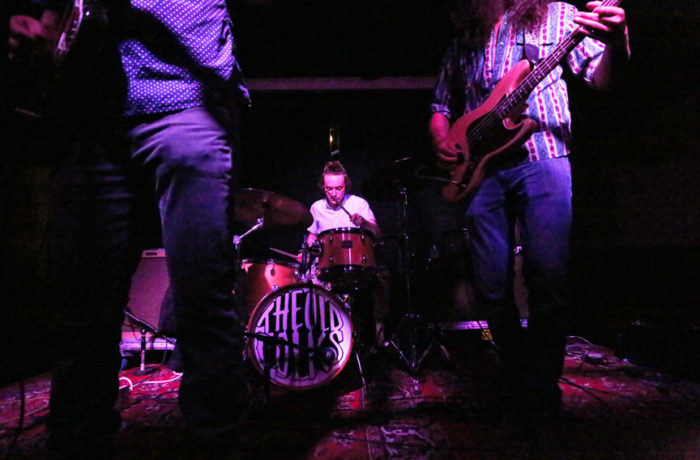 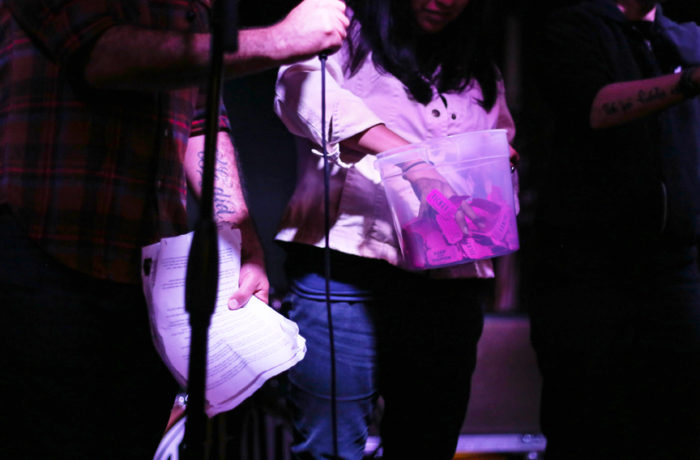 Community members and organizations have raised over $100,000 for the tenants displaced by the latest blaze in the Mission. The June 18 five-alarm fire at 29th and Mission streets displaced 58 people from their residential units, leaving most of them without a home to return to.

A portion of those proceeds were generated during a fundraiser on June 30 at Mission District’s El Rio bar, which hosted a charity concert featuring various Bay Area bands and artists in hopes of raising much needed funds to help the victims get back on their feet.

“It’s a great honor to be asked [to perform],” said activist musician Francisco Herrera, who will be running for District 11 Supervisor in November. “It really does give me a sense of rage and discouragement that we’ve allowed the government of our city to play such an inept role in permitting these [fires in the Mission District] to happen.”

Last month’s fire is only the latest blaze in the Mission District—a neighborhood that has already seen more than a hundred residents displaced by numerous fires in recent years. Many locals from the neighborhood suspect that arson may be the reasons for the blaze.

“It’s very frustrating to see, after all of the fires that have happened here,” said Herrera. “That there’s such little recourse for the families, to be able to respond and have shelter and support for the kids of the families. Now I feel a deep commitment that we are going to create a system that supports families and that cuts the ability for investors to gouge people and to take advantage of these kinds of situations. So we will find a way to stop the profiteering off of other people’s tragedies.”

Sana Saleem, reporter with 48 Hills, organized the fundraiser and began reporting on the fire immediately. Living just two streets over from where the fire took place, Saleem began interviewing the victims and made a spreadsheet with her husband—who works in tech—of all of the essential necessities that the individual families needed.

“I’m from the community and this could’ve happened to me,” said Saleem, who moved into the neighborhood 19-months ago. “I just feel like I need to give back to the community and especially because my husband is from tech. We are the ‘supposed gentrifiers,’ so we have more responsibility on us to do more and to contribute more to the community.”

According to Saleem, if tech workers decide to arrange a charity event, their company will match the proceeds the event generates.

“We decided we were going to host it,” Saleem said. “And the reason that we decided to host it was because they would match the funding and would double it up.”

After the matching of the corporate sponsor, more than $20,000 in total was raised at El Rio, according to Saleem.

But another reason for the event was to bring the entire community together.

Everything you need to know about the COVID-19 vaccines

“We need to get the tech and progressives, everyone in one room and say, ‘This is not about you and your politics, this is about the families who lost their homes.’ And that’s the whole idea behind the fundraiser,” Saleem said.

As the crowd enjoyed their cocktail drinks and beers at El Rio, the musicians waited for their turns to rock the stage.

“That’s what music’s all about, using your music to help others and have fun doing it,” said lead singer Adam Spry of The Old Folks, who opened the fundraiser. “I don’t know if it gets better than that. We’re totally thrilled. Yeah, it feels great.”

“Funds raised on the night and beforehand will all be added up to form one final number,” wrote Saleem in a facebook post. “This final number will be divided and cheques will be given to the families who lost homes (we’re trying to do this as quickly as possible). Neither MEDA or anyone who helped raise funds for these families are taking a dime for their efforts.”