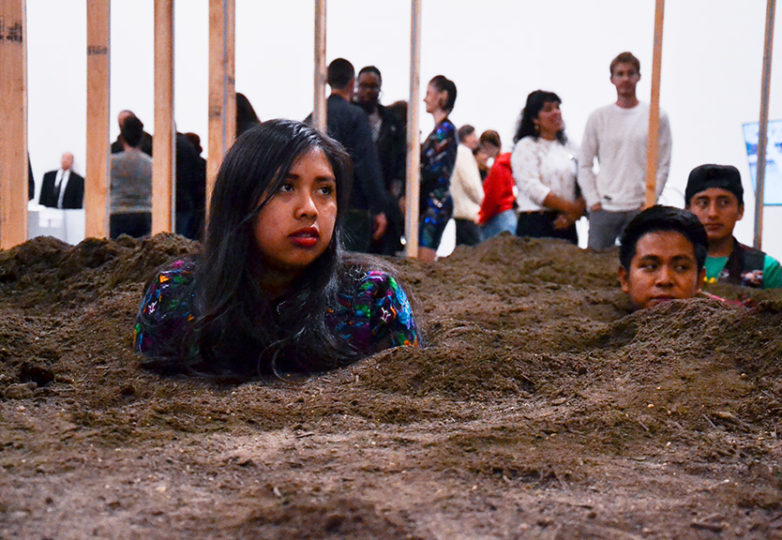 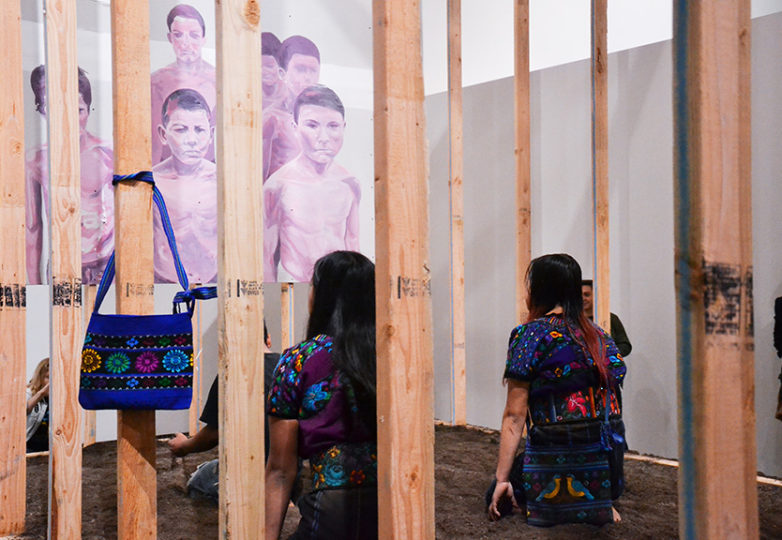 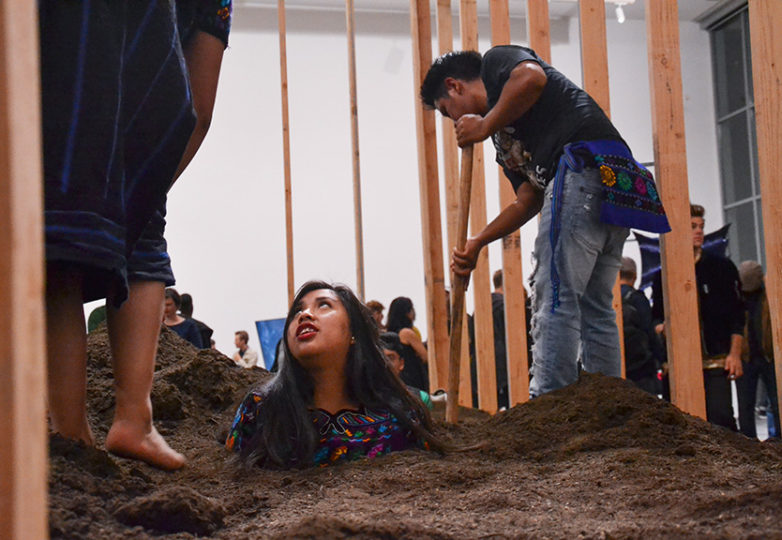 Caleb Duarte is best known for using humble materials to make bold statements. Through the use of various labor equipment and raw earth, Duarte questions the laws and institutions set in place that claim to provide sanctuary for Brown bodies—when in fact, these laws and institutional structures have been perpetrators of violence, displacement and genocide.

Born in El Paso, Texas and raised in a small farming town in the Central Valley, Duarte began making art at a young age and has since produced public works and community performances in all corners of the world—India, Cuba, Honduras and Mexico, to name a few.

Duarte and fellow artist Mia Eva Rollow are co-founders of EDELO—an art space in Chiapas, Mexico where creatives are invited to stay and collaborate. The name is a Spanish acronym which translates to “where the United Nations used to be.”

In fact, this space came to be as a result of the disillusionment felt by Duarte and Rollow regarding supposed “sanctuary” institutions. In 2009, after 100-plus displaced Indigenous community members occupied UN offices in Chiapas hoping to gain international attention from humanitarian organizations, the UN simply moved to a new location.

“We kept that [EDELO] name to challenge institutions and their role that they play,” Duarte explained. This theme of holding institutions accountable is a constant in all of Duarte’s projects and performances.

Through the work achieved with EDELO came “Zapantera Negra,” a project curated by Duarte, in collaboration with Rigo 23, Emory Douglas and Rollow. “Zapantera Negra” fuses Zapatistas (EZLN) with Black Panther Party aesthetics, “to investigate the use of the body and visual culture in both distinct political and artistic movements.” It includes compelling interviews, artwork and original documents of the EZLN and Black Panther movements’ struggle for dignity and liberation.

Collaboration has been fundamental to Duarte’s approach to the ongoing pursuit of social awareness and accountability. His involvement with Fremont High School’s Newcomer Educational Support and Transition (NEST) program played an essential role in the creation of his current installation on display at the Yerba Buena Center For the Arts Bay Area Now exhibition.

The NEST program was organized as a response to the 2014 influx of unaccompanied minors at the U.S.-Mexico border. Tens of thousands of unaccompanied minors migrated from Guatemala, El Salvador and Honduras seeking asylum in the United States. Four hundred of them arrived at Fremont High School in search of help, prompting one educator at the school, Patricia Segura, to take action. Without any resources, funding or system in place to address this sort of circumstance, Segura juggled her full-time teaching position with organizing workshops to facilitate educational success and emotional well-being for these newcomers. NEST now provides bilingual therapy, legal services and access to a full service health clinic.

Duarte has served as a teacher with NEST and collaborated with five of his students—Francisco Domingo, Erick Aguilar, Gabriela Ramos, Micaela Pablo and Idalia Garcia, all recent arrivals from Guatemala—to create the untitled installation at YBCA. His 20-by-10-by-18 foot structure made of dirt, wood and a drywall painting, resembles an unfinished church and houses his students as they sift through and bury themselves in the dirt. This creates a representation of bodies made vulnerable through forced migration. This performance evokes a certain level of discomfort in the audience as they stand as witnesses to a symbolic reenactment of the lasting effects of colonization. At the same time, the structure in which this performance is held calls to question institutions and the irony of their claims as safe spaces for the immigrant community.

“Where do we place our values? In institutions? How can we provide the support and protection for ourselves that these institutions and sanctuary spaces fall short of delivering?” are questions Duarte hopes to explore.

Duarte’s unorthodox approach of collaboration and creation supports the idea that seemingly mundane objects, activities and spaces we encounter on a daily basis possess the power to challenge the concepts of success and progress on a global scale. He explained his methods like this: ”It is a part of an investigation into how art, in all its disciplines and contradictions, can take the supposed role of such institutional bodies to create understanding, empathy, and to serve as a tool for imagining alternatives to a harmful and violent system that we do not have to accept.”