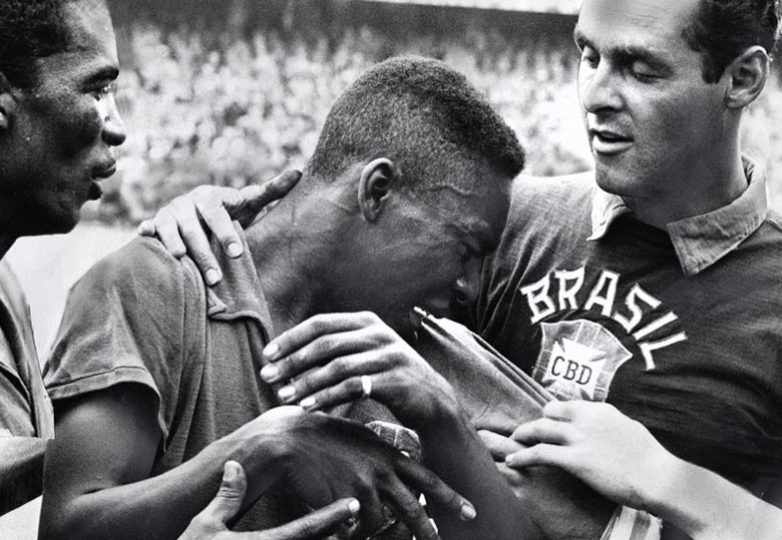 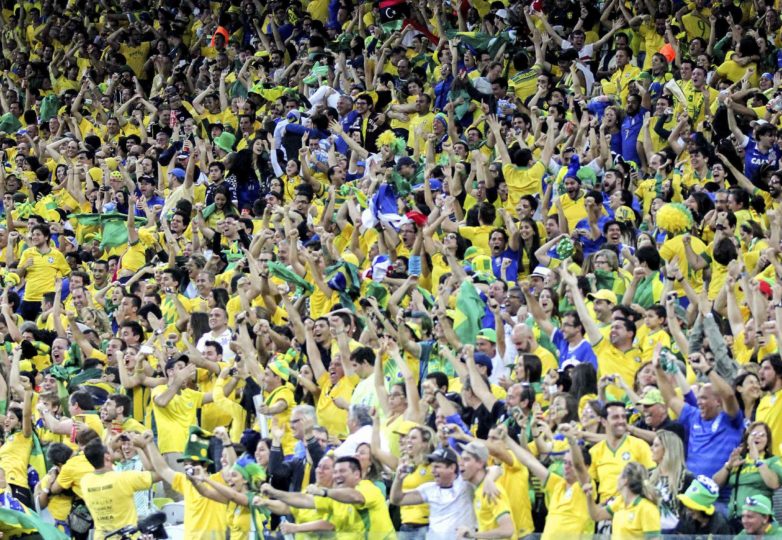 Every child in Brazil receives a soccer ball as their first gift. It has been this way for a long time. Everybody dreams to one day be the new Pelé, the new Romário, Garrincha or Ronaldo. The tradition of soccer in Brazil is treated as nothing less than a religion—something sacred for women and men, young and old.

The rhythmic style of football made famous by Brazil has its roots in Africa. Brazil’s Ginga style of play is directly linked to Capoeira, a dance developed by African slaves in Brazil as a form of cultural resistance. It’s a dance that very well sums up the beautiful game in which Brazilians identify with so much.

Soccer is the sport of the masses, and doesn’t need much to be practiced. With the simple ingredients of a sock and newspaper, anyone can make a ball. The passion for the game proliferated to all corners and all social classes of the country, bringing together whites and blacks, poor and rich.

A study conducted by a research and sociology center in the city of Rio de Janeiro—Brazil’s former capital—found that there are more soccer fields in Brazil than religious temples. For having so many fields scattered throughout all cities—mostly fields riddles with holes and deformations—experts say that it’s on these fields that many boys learn to dribble, learn to play “beautiful football,” where they develop their Afro-Brazilian “gingado” style. It was with this style of play that one of the greatest stars in the history of this sport was born. This style is also known as “Joga Bonito,” a literal translation for “play beautifully.”

Many consider Brazil the kings of football, but that ascension wasn’t easy and came after a traumatic defeat. Hosting the World Cup in 1950, Brazil lost in the final to Uruguay 2-1, an event that went on to be remembered as the “Maracanazo.” Legend has it that a young Pelé—who was just 10 years old when he watched the Maracanazo—promised his parents that he would bring many joys, not just to them, but to all the Brazilian people. That seemed a crazy and somewhat distant promise coming from a 10-year-old. But in the mind of that young boy was already a dream. A dream that eight years later would come true when a 17-year-old Pelé, alongside Garrincha—another Brazilian great—brought Brazil’s first World Cup championship in Sweden. Till this day, that is the only World Cup title conquered by a non-European team in World Cup’s hosted in Europe.

From 1958 on, Brazil consolidated real power in the soccer world, conquering four more World Cups, and remains the only country with five world titles (1958, 1962, 1970, 1994 and 2002). Pelé became the most famous name in Brazilian history. Even today, when a boy stands out amongst the rest on the football, he is given a new nickname: Pelé. In 1999, Pelé was elected Athlete of the Century by the International Olympic Committee, thus cementing Brazilian dominion over the most popular sport of the planet.

In the 60 years since Brazil’s first title, the tradition of football has grown overwhelmingly. Today, FIFA counts that there are about 16,000 Brazilian professional players around the globe. According to data from the Brazilian Football Confederation (CBF), the country has 776 professional teams and 128 of them are part of the four national divisions of CBF. The country boasts football leagues in 26 states, plus the Federal District, not to mention the amateur teams and huge amount of lowland fields, those usually found in communities.

Every four years when the World Cup is held, the whole country completely stops. It resembles a national holiday, where no one works when the Brazilian soccer team takes the field. Despite Brazil’s many problems, such as poverty, violence, lack of investment in education, and safety, the hope of all Brazilians rests on winning a world championship, one that could bring joy to our people and unity to an entire country.

And now, a sixth championship in Russia is one the line. Will it come?