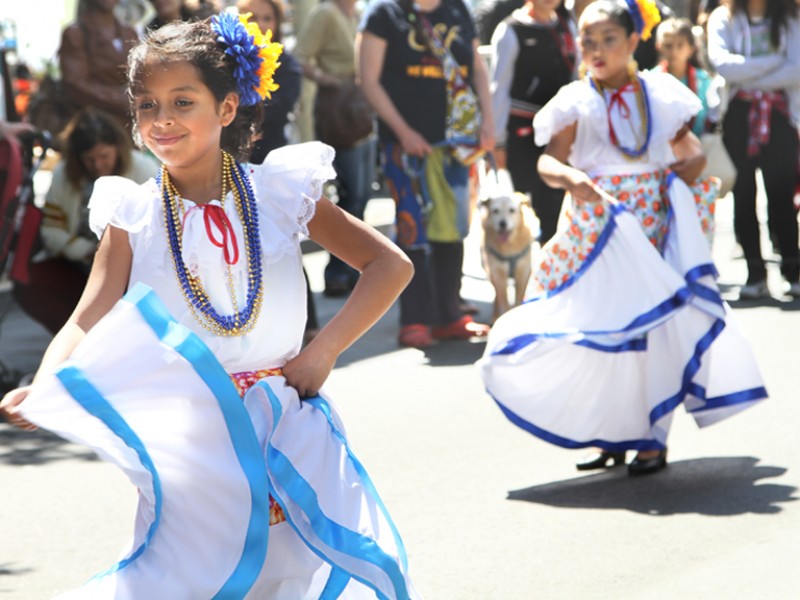 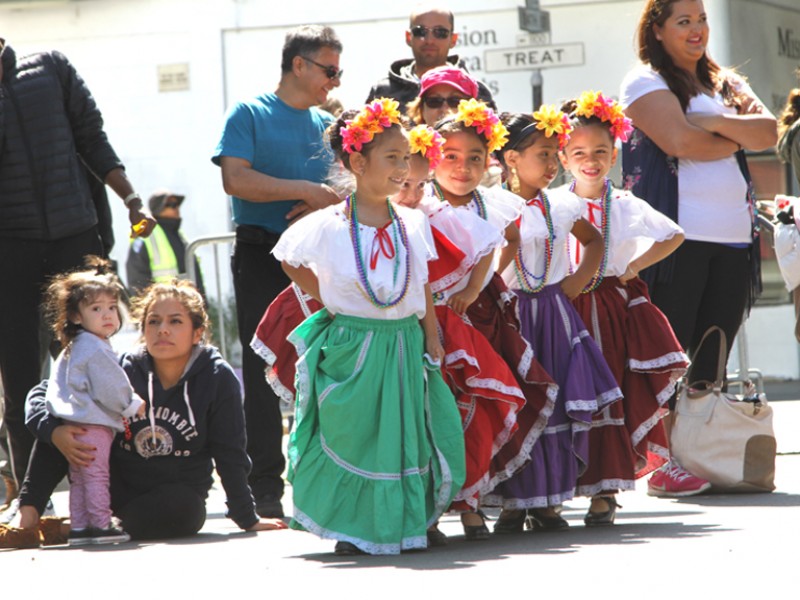 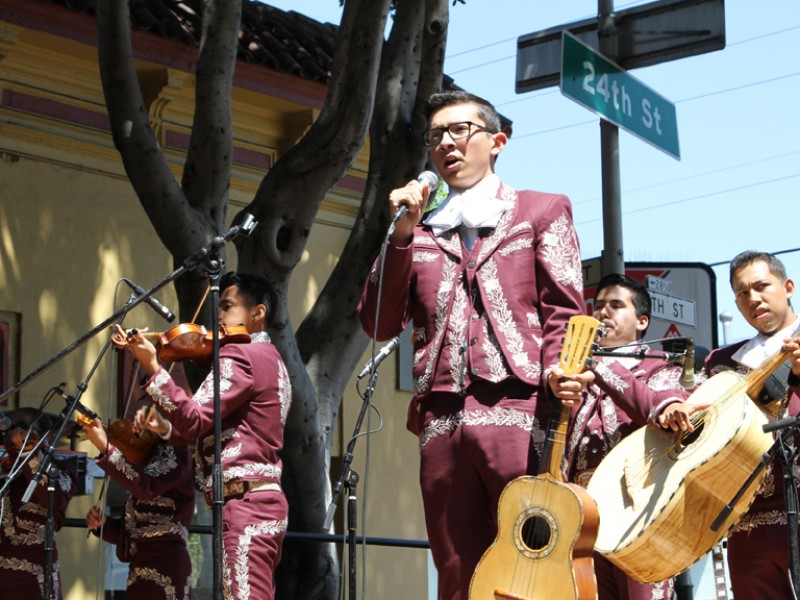 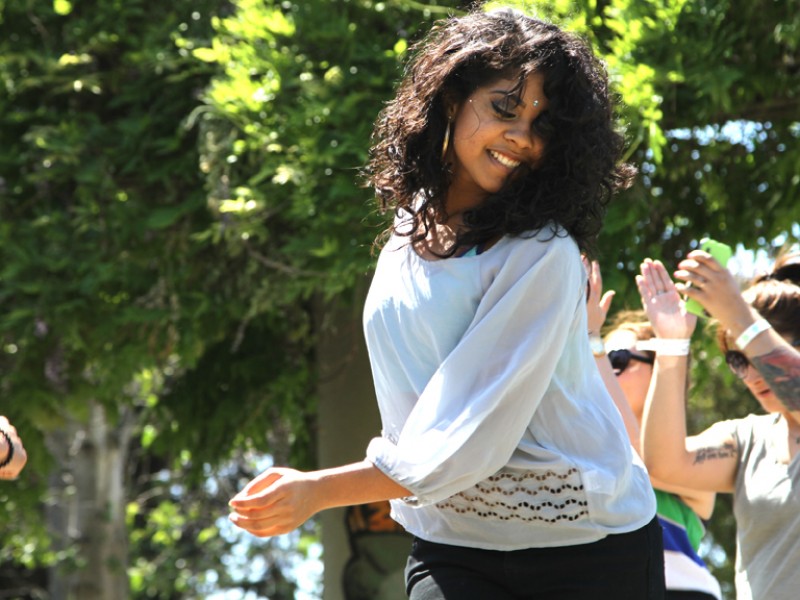 The famed three-word phrase that Cesar Chavez embodied during the rise and height of the Chicano movement, “Si se puede,” was repeated by more than 500 participants Saturday, April 18 during the 15th annual Cesar E. Chavez Parade and Festival.

The chant was echoed by students, union members and nonprofit organizations as they marched for an hour from 19th and Guerrero streets to 24th and Bryant streets. The morning heat was intense, but it did nothing to stop the crowd from commemorating Chavez’s legacy as a civil rights activist and co-founder of the United Farm Workers (UFW), an organization that for decades has fought for farm workers’ rights.

Before the march began, Danza Xitlalli performed an Aztec dance called “Mayahuel,” symbolizing the equilibrium between the masculine and feminine energies, which was meant to help balance the Mission community.

“Cesar Chavez is a leader that kept us all united,” said Aztec dancer Julia Sabory, who participates in the parade every year. “He is an example of how we should organize, how we should protect the campesinos (farm workers) and the youths.”

Students from the Ensemble Dance Academy wore long, white traditional dresses from Chiapas as they rode on a white pickup truck decorated with colorful paper flowers and papel picado (perforated paper). Lupita Troncoso, a folkloric teacher of the academy, said that the parade teaches her students to be proud of their culture.

“I feel that now growing up, kids are being more Americanized and modernized, and it is important that they know where they come from,” Troncoso said.

Mission District resident Gabriela Hernandez came to see her four- and five-year-old daughters dance “Las Chiapanecas,” a Mexican folk dance, on the Family Village stage, one of the two stages at the festival.

“I want my kids to learn the beautiful traditional dances we have in Mexico,” Hernandez said.

After the parade ended on 24th and Bryant Streets, the event continued with a fair that included informational booths for several nonprofits such as the Mission Cultural Center for Latino Arts and the Mission Neighborhood Center. Food vendors and two stages with live music also were present. Pangea Futbol Club, a local multicultural band, had the crowd dancing to their mix of Latin and folk rhythms.

Damian Nuñez, lead singer of the band, said he felt honored playing for the first time at the festival.

“It’s important to remember Cesar Chavez who fought for social justice, so younger generations can learn from his legacy,” Nuñez said, noting that he identifies with the Mission District’s strong sense of community.

One of the attendees who danced to Pangea Futbol Club’s music was Stephanie Suarez. A class coordinator at the Mission’s Bryant Elementary School, Suarez said the school makes Cesar Chavez Day a very important celebration and encourages its faculty members and students to march at the parade.

“This type of parade brings the Latino community together to celebrate their culture and politics,” Suarez said. “And reminds us that the struggle that Cesar Chavez fought still continues.”