Tequila Presente: A history of Jalisco’s most popular export 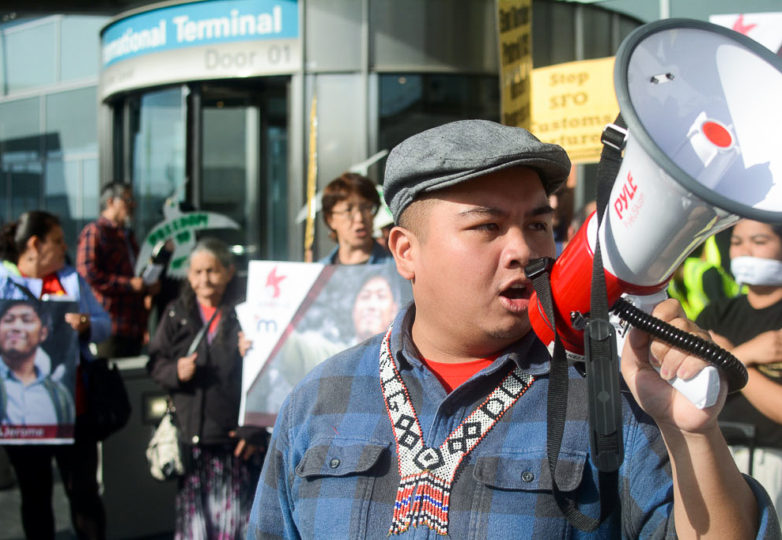 “PJ,” an organizer with Kabataan Alliance, leads a chant at a protest against the the deportation and alleged torture of Jerome Aba from San Francisco International Airport on April 23, 2018. Photo: Aaron Levy-Wolins 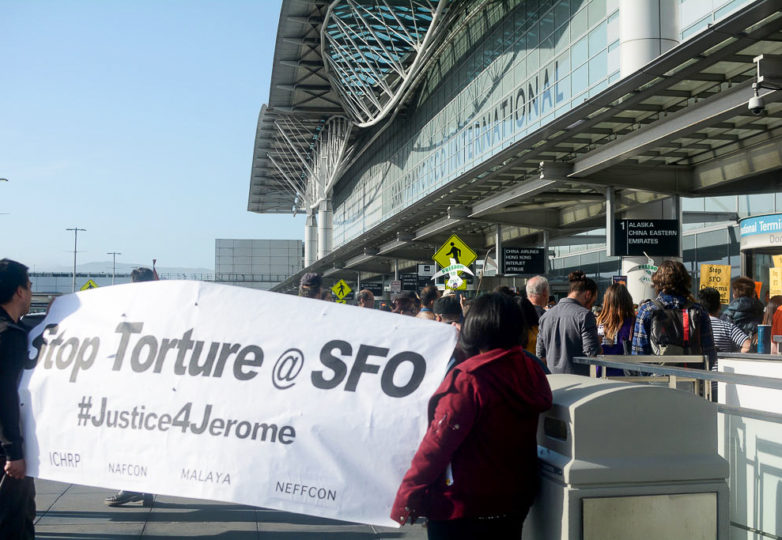 A protest against the alleged torture and the deportation of Jerome Aba from San Francisco International Airport on Monday, April 23, 2018. Photo: Aaron Levy-Wolins 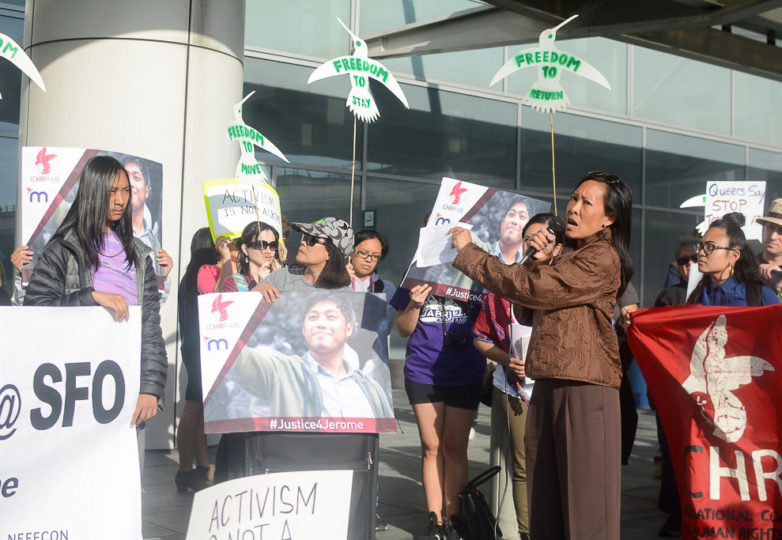 Rhonda Ramiro, vice chair of Bayan USA, a Filipino mobilization organization, speaks at a protest on April 23, against the alleged torture and the deportation of Jerome Aba from San Francisco International Airport. Photo: Aaron Levy-Wolins 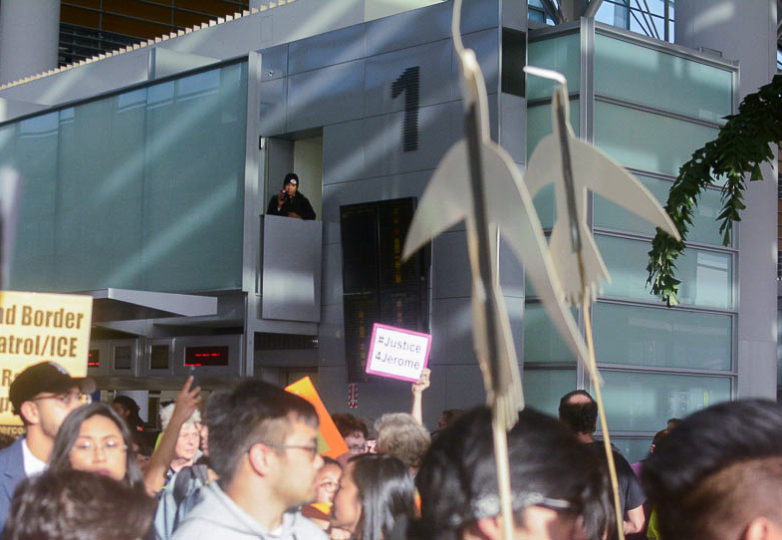 A security member records demonstrators on April 23 at a protest against the alleged torture and the deportation of Jerome Aba from San Francisco International Airport. Photo: Aaron Levy-Wolins 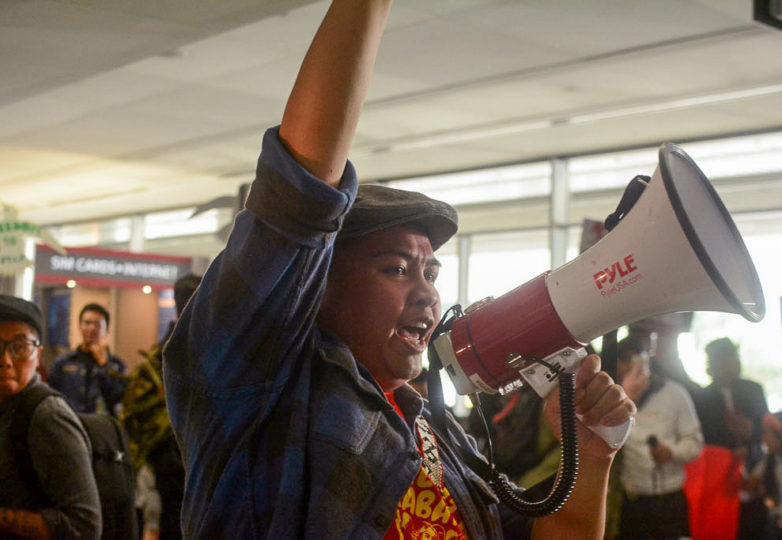 “PJ,” from the Kabataan Alliance, leads a chant at a protest at SFO on April 23 against the deportation and alleged torture of Jerome Aba. Photo: Aaron Levy-Wolins 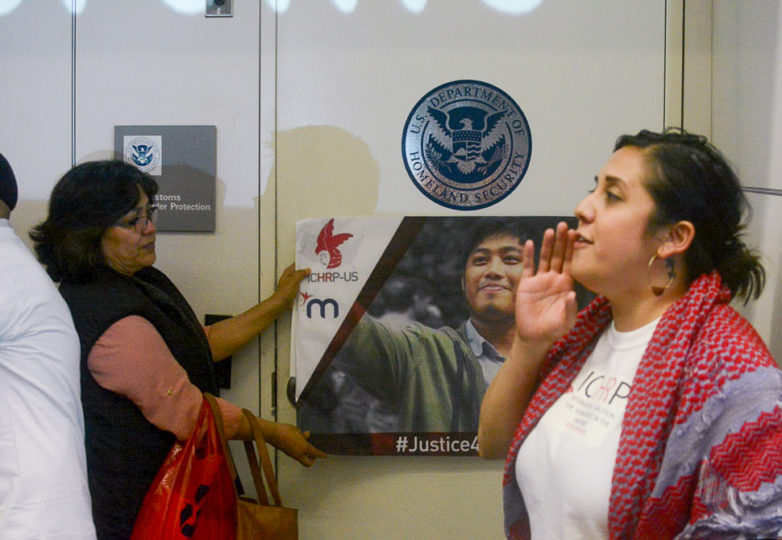 Protesters chant at a protest at SFO on April 23 against the alleged torture and the deportation of Jerome Aba. Photo: Aaron Levy-Wolins 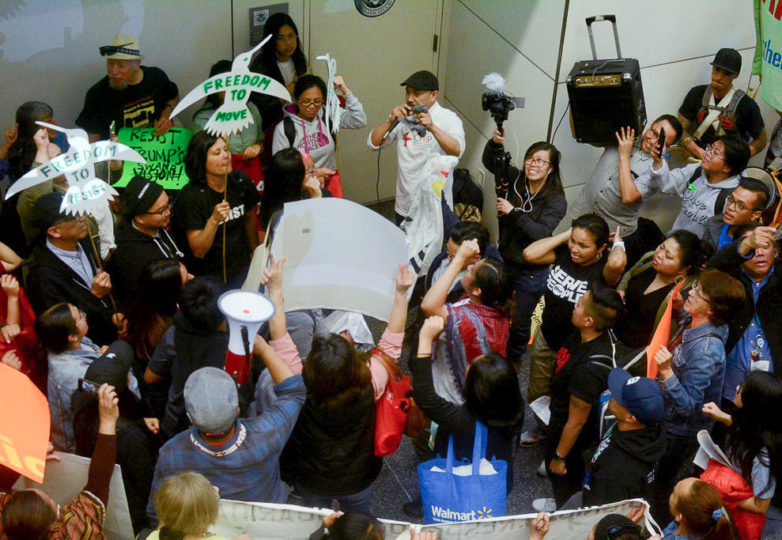 Protesters yell chants at a demonstration at SFO on April 23 against the deportation and alleged torture of Jerome Aba. Photo: Aaron Levy-Wolins 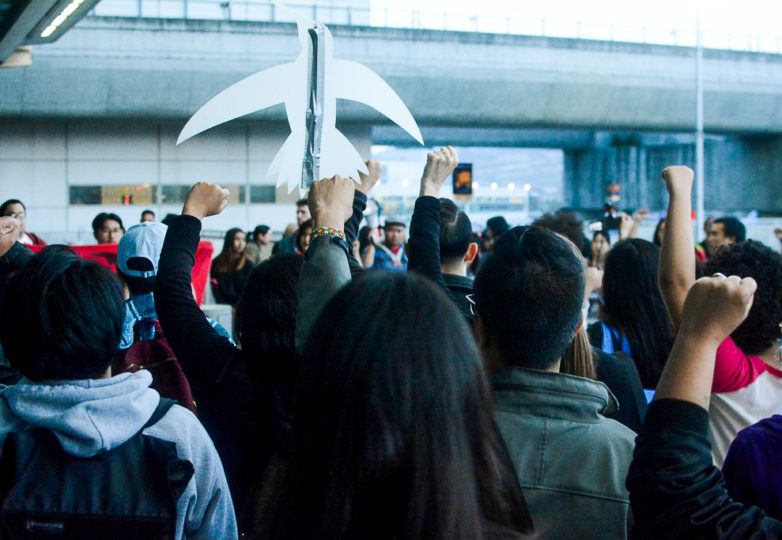 Protesters raise fists in solidarity at a protest at SFO on April 23 against the deportation and alleged torture of Jerome Aba. Photo: Aaron Levy-Wolins

Aba, 25, who has covered human rights abuses in the Philippine city of Marawi (which endured a several month-long bombing campaign by the Philippine government in the name of fighting ISIS), was set to speak at an interfaith conference called the Ecumenical Advocacy Days in Washington, D.C., which ran from April 20-23.

Aba was stopped at SFO on April 18 after a 13-hour flight. He was held for 28 hours before being deported back to the Philippines.

In a statement, Aba said that while he was in detention, he was forced to strip naked and was kept in a cold room, and was then interrogated by U.S. Customs and Border Protection (CBP) agents, who allegedly brought in a large fan, making him colder.

According to Aba’s statement, agents threatened to kill him, interrogated him about his cultural and political beliefs and accused him of being a terrorist. The statement also says Aba was brought food after 24 hours in detainment, but the food was pork, which Aba as a Muslim, cannot eat. He was also allegedly left alone twice—once with a gun and once with a grenade.

Protesters rallied for a press conference outside of the international terminal at SFO.

While in detention, Aba was not allowed to speak with a lawyer, according to Judith Mirkinson, board president of the San Francisco Bay Area chapter of the National Lawyers Guild. Mirkinson was one of the attorneys present at SFO attempting to help Aba on April 18.

“We were not allowed to speak to Jerome,” said Mirkinson, who stayed at SFO for 15 hours. “We were not even allowed to give him a paper saying he had requested a lawyer and he gave permission for a lawyer. Basically, he was held completely incommunicado.”

She added that a group of pastors went to the Philippine Consulate General in San Francisco and were able to speak to Aba indirectly, but only while he was under interrogation.

Mirkinson said she could not believe that the torture Aba alleges took place at SFO. In addition to his alleged torture, Mirkinson also found Aba’s detention and deportation bizarre, given that he just received a 10-year visa from the United States.

Rhonda Ramiro is the vice chair of Bayan USA, the U.S. chapter of the New Patriotic Alliance. Ramiro is organizing the “Stop the Killings” speaking tour and “Peoples Caravan for Peace and Justice” in the Philippines in an attempt to bring human rights activists from the Philippines to the United States to talk about the human rights abuses there.

Ramiro said that the wars, which according to the Duterte government are about fighting against drugs and terrorism, are actually a singular war “against poor people and people standing up for the poor.”

“Whether that be the human rights defenders who are now coming under attack and being called terrorists, or the poor people who are being labeled as drug users or drug sellers being shot on the street,” Ramiro continued. “It’s all war on the poor and those who speak up for them. And the intent of that war [The Battle for Marawi] is to declare land for U.S. military operations and installations to silence the dissent against that agenda.”

Mirkinson said she believes those same forces in the Philippines had a hand in Aba’s detention.

“We believe that the Duterte government sent [Homeland Security] a message and that he’s on some list,” said Mirkinson.

“People think San Francisco—everyone is so protected—they’re not at all,” said Mirkinson. “I mean, the police shoot people, the Department of Homeland Security tortures people, this is a police force and what we would call ‘state agents’ who are out of control.”

Substance Abuse in California and the LGBTQ Community Amid COVID-19