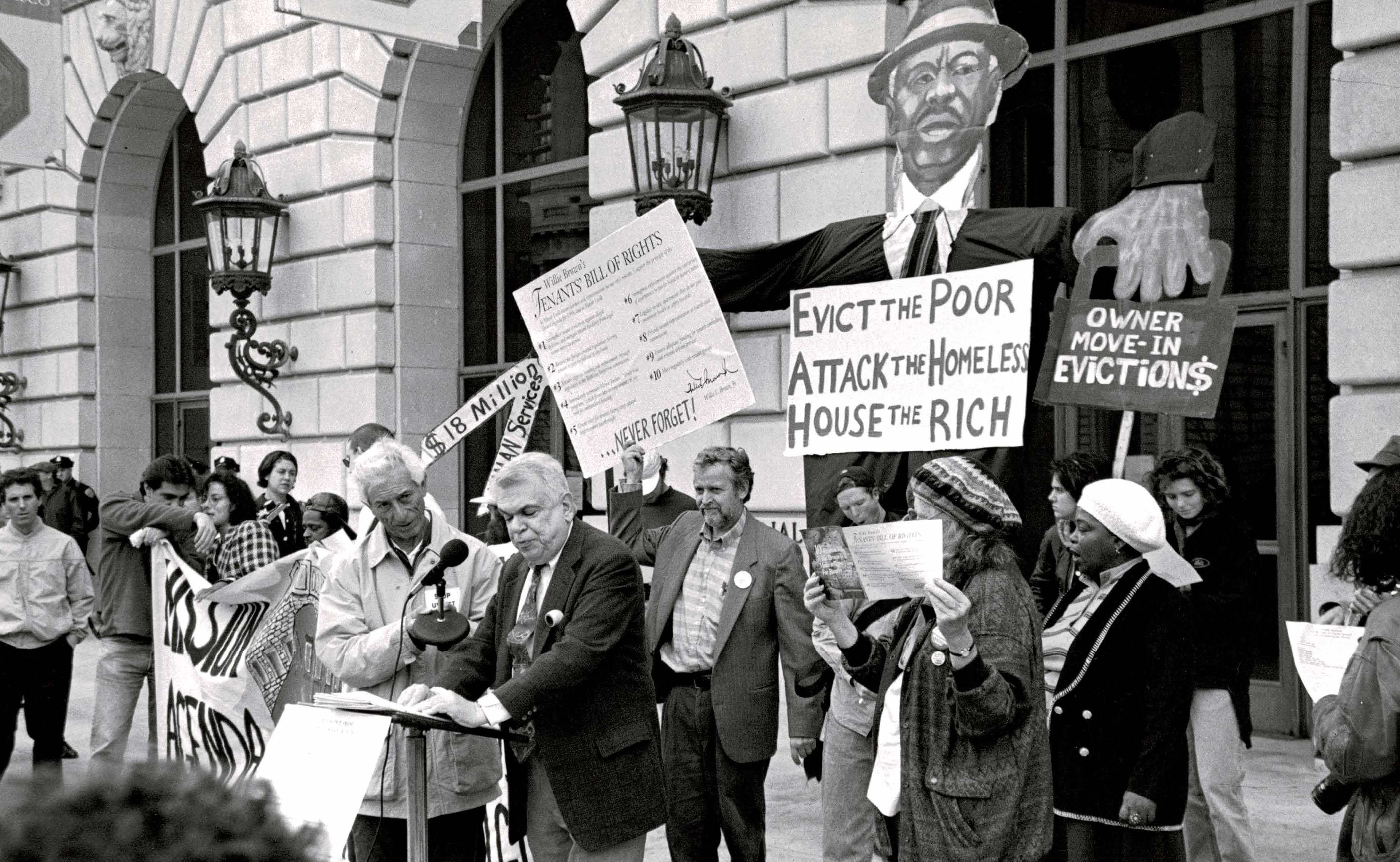 Part 2: As tech in SF thrives, Latinos in the Mission struggle to get by

For 40 years, the Housing Rights Committee of San Francisco (HRCSF) has dedicated itself to fighting for the rights of tenants across the city, many of whom are facing eviction and worn-down housing conditions.

In the spirit of that legacy, the non-profit organization is celebrating its 40th anniversary by hosting a fundraiser with the hope to help keep the organization going.

The fundraiser will be held on  Sept. 19 at the Gray Area/Grand theater in the Mission District, and HRCSF hopes to raise $80,000 in donations. Besides acting as a fundraiser, the gala is meant to celebrate the many accomplishments and victories the committee has achieved over the many years with a keynote by Don Phillips, Executive Director of The Right to the City Alliance.

The committee started out as a small group of senior citizens from St. Mary’s Church who banded together to fight back against landlords that were trying to find ways to evict them from their homes. As the years passed, the committee eventually broke off from St. Mary’s and became a separate organization in its own right.

The committee provides numerous services, including being one of the only organizations that provide counseling for housing and Section 8.

The committee has been involved in many cases and has helped form policies to help protect rent control residents. The organization, which is specific to San Francisco, works as a coalition with other partners around the region. Depending how big a certain fight is, they team up with partners across the local, state and national level. The committee is determined to keep the protection of rent control around the city.

Executive Director Sarah “Fred” Sherburn-Zimmer has been committed to the protection of housing rights for over 20 years.

“We really believe housing is a human right,” Sherburn-Zimmer said.

Sherburn-Zimmer started as a volunteer with the committee eventually working her way to Executive Director. Her role now is assessing problems tenants face with landlords and figuring out solutions, working closing with tenant leaders who check-in with the committee about many problems the residents in the city face.

One notable example she remembers is fighting against landlords using the Ellis Act to evict tenants.

“Five years ago, landlords were Ellis Acting buildings all over the city. We started organizing tenants with our partners and with our legal partners, who made it harder to evict, we changed laws,” Sherburn-Zimmer said. “And now it takes years to Ellis Act someone. That was a huge victory for us.”

Sherburn-Zimmer also notes how the committee changed the policy in Public Housing, “to make sure all tenants can remain when they rehab that housing.”

Sherburn-Zimmer’s goal for the future of the organization is to hopefully be needed less and less as the committee succeeds in helping residents fight for their housing rights. She hopes if they are needed less, it is because the committee has created progress in protecting tenants.

Associate Director Maria Zamudio sees the committee having a lot bigger opposition on their hands. One big opposition they are taking on right now is the landlord Veritas Investments, which is a major landlord in the San Francisco and has been sued for tenant harassment recently. Zamudio said the committee has presence in about 90 of Veritas-owned building.

“If you live in a Veritas building and you’re organized, your job then is to go find a veritas building in your neighborhood that isn’t organized and walk up and down that building and knock and say, ‘what’s going on in your building,’” Maria said. “We take on big fights because the tenants are coming to us and we see the pattern.”