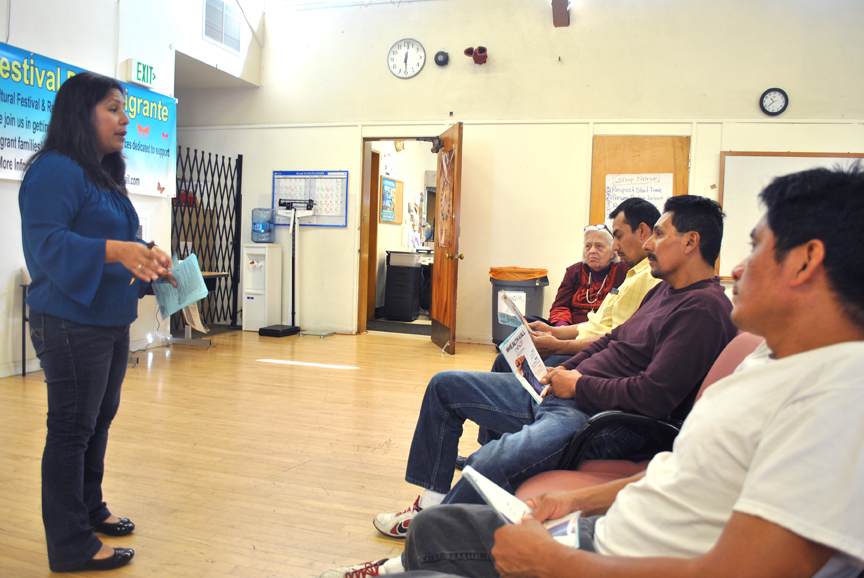 As May 1 quickly approaches, an estimated 170,000 undocumented children in California under the age of 19 will be eligible for access to Medi-Cal coverage.

Senate Bill 4, the Health for All Kids Act by state Sen. Ricardo Lara (D-Bell Gardens) was signed into law by Gov. Jerry Brown last summer. The bill will take effect next month, benefitting thousands of low-income undocumented families while providing undocumented children with the basic human right to healthcare.

“This will alleviate so many necessities for my kids, like seeing a doctor for a checkup or a dentist,” said Fermin Renteria, during a March 26 Healthcare Access for Undocumented Children community forum sponsored by New America Media at the Day Labor Center in Hayward. “Having insurance makes a huge difference. If people have insurance, like Obamacare, or insurance that doesn’t cover everything, but this one does cover everything, then it makes all of the difference.”

According to Public Policy Institute of California, the state was home to approximately 2.67 million undocumented immigrants in 2013. With SB-4 taking effect in May, California will become the largest state to provide healthcare to all undocumented children.

Like Renteria, there are many parents who don’t have the financial means to provide their children with full coverage. Some who have insurance are limited, because their plans only cover a small percentage.

“I have a son that’s three months. He got sick with a cold, so I took him to the doctor so that the doctor could cure his sickness,” said Renteria, a father of four. “Unfortunately, his sickness came back a few days later. This time around he had a urinary tract infection. For medical staff to give him medicine, they would have had to do very expensive tests on him. When I took him back, the doctors prescribed him Tylenol, but they never did a thorough inspection. Stuff like that happens. Sometimes because for lack of money, or sometimes because of a language barrier.”

Money isn’t the only obstacle that immigrant families face when navigating the healthcare system. According to Womenshealth.gov, in addition to the lack of access to healthcare, language barriers and discrimination are contributing factors to poor health.

Disparities also exist in various forms of emotional, psychological and physical abuse. According to the Latino Consortium of the American Academy of Pediatrics Center for Child Health Research, Latino children are at high risk for behavioral and developmental disorders.

Through SB-4, Medi-Cal will be able to provide children with access to mental health care. Medi-Cal will provide access to dental care, a major need in the Latino community.

“My kids need dental and vision exams,” said Alejandro Chamu, Hayward resident. “They’re in school and they need their vaccines so that they have access to schools. It’s a requirement so that they can still attend school. Luckily, I have insurance, but there are families who don’t have the means to pay for insurance in the Latino community. These people aren’t able to go visit the doctor if their kids get sick. They don’t have the money to take them, so I think that this program will open the doors so that they can have access to basic care.”

According to a 2015 report released by the Pew Research Center, the majority of undocumented immigrants work in low-skilled jobs. The report found that nationwide, undocumented immigrants are bunched in few occupations: fishing, farming and forestry (26 percent of workforce), construction and mining (14 percent), building and grounds (17 percent), clothing manufacture (20 percent) and domestic workers (23 percent).

The Invisible Condition: Having a mental illness and being DACAmented