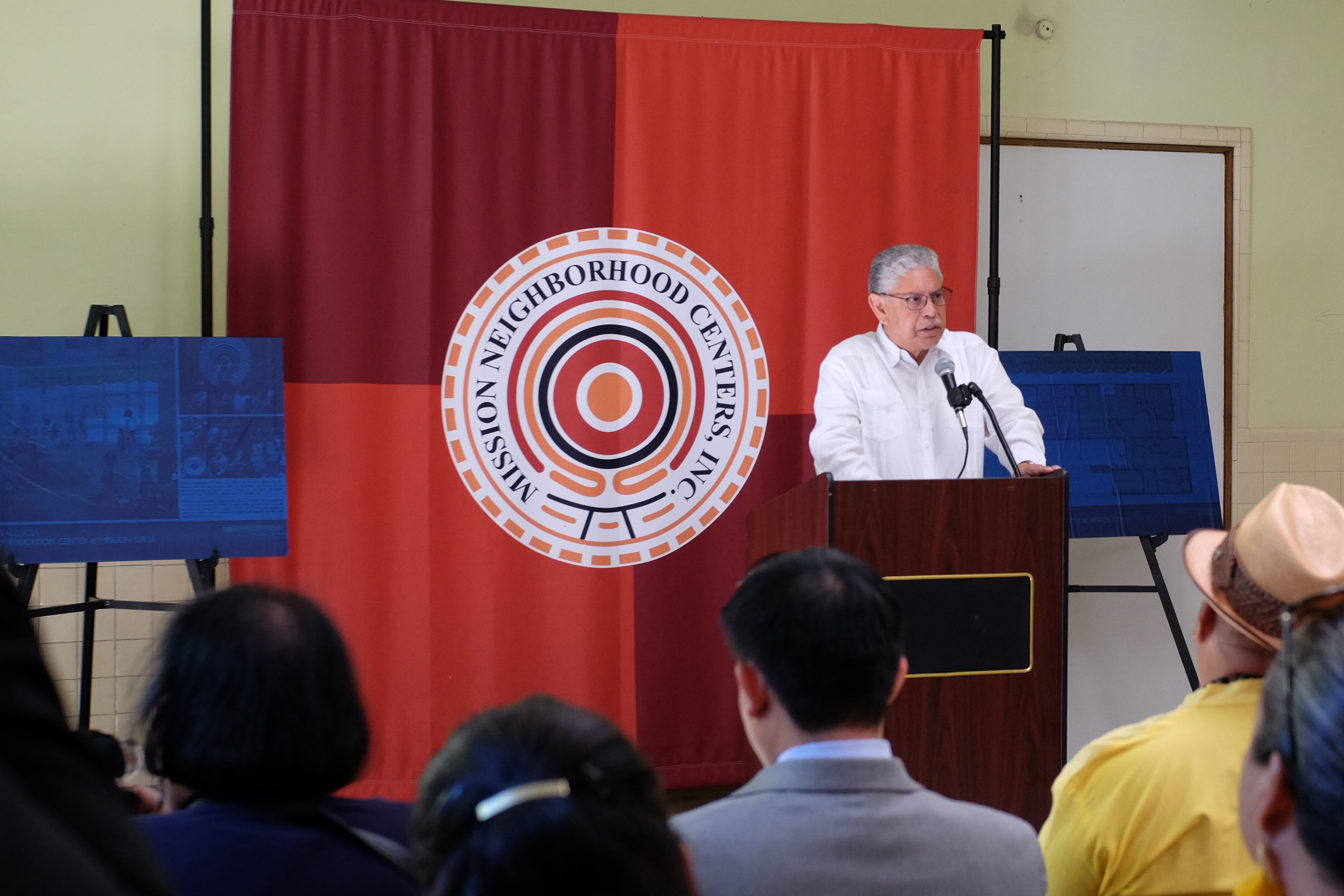 Community leaders and city officials came together for a ceremonial blessing on Sept. 25 to commemorate a new beginning for the building that, for many in the Mission District, represented oppression.

The former Mission District Police station on 1240 Valencia St. was acquired by Mission Neighborhood Centers Inc. (MNC) for $6.5 million. The purchased property is a groundbreaking effort to help working families in the district in need of affordable child care. With the help of local representatives and a $1 million grant from Kaiser Permanente, MNC and the San Francisco Childhood Education Facilities Coalition will give working families a leg up.

Community activist Roberto Hernandez and Gloria Dominguez, site coordinator for Mission Girls, led the occasion on a hot morning with members of the neighborhood in a circle facing south. Looking southward acknowledged the youth in the blessing as they are the future that will keep the Mission community alive.

Parents, organization representatives and public officials spoke on a podium to express their support for the center. Paul Monge, aid to District 9 Supervisor Hillary Ronen, spoke about the supervisor’s reinforcement of early childhood education access for her constituents. The fight for affordable child care is ongoing in San Francisco, hitting immigrant and single parent families the most.

“This project is indicative of what is possible when there are very well motivated partnerships between not only the nonprofit sector, but also government and private sector,” Monje, 30, said. “This really demonstrates how important it is for these sectors to work in unison to do something good for the community and the wherewithal to push that forward.”

The added help of Kaiser Permanente’s $1 million grant is indicative of their mission to assist in access to early child education for low-income children. Office of Head Start and Low Income Investment Fund are also in partnership with MNC to expand the resources needed for early education programs as well as child care in the community. Guy Chicoine, medical group administrator for the Permanente Medical Group for Kaiser Permanente of San Francisco, was there representing the medical organization’s contribution to the site.

“This model is so important for the community,” Chicoine, 59, said. “It really brings together children, young girls, women and elders and they can learn from each other and support each other in a way that without a community center to bring it all together, it’s just not going to happen.”

The converted center will also share space with Mission Girls, a gender specific program for young women to succeed academically and in society, which will soon leave its current location on 24th street. The program, a branch of MNC, is an after-school initiative helping to empower girls in the community. Barbara Walden, whose children had access to MNC’s educational programs, shared her experiences working for the nonprofit.

“One of the many issues is that there’s no available space and real estate is so expensive right now,” Walden, associate director of children’s services for MNC, said. “I really hope the city continues the partnerships with nonprofits, and other early care and education agencies and make things like this happen across the city.”

In an effort to combat the displacement of community residents, MNC is planning to build affordable housing. According to MNC CEO Sam Ruiz, the organization is developing a new project called Casa de la Mission on Harrison and 24th streets. The structure will consist of 51 units for seniors who have been Elis Acted or evicted from the Mission.

“My priority has been to acquire property to stabilize the organization,” Ruiz said. “I look at this as a community asset building process.”

Ruiz has spent the last 38 years establishing the organization’s accessibility to the community it serves. Giving children from working families a head start has been a work in progress that will finally see fruition. The center on Valencia street is the first of three centers geared to open its doors for families across the city and provide early childhood education to 600 students by 2022. Construction has started and the program is scheduled to start late January or beginning of February of 2020. Providing stability for families to succeed is a generational benefit for society.

“There’s a dual effect; the child learns lifelong experiences,” Ruiz said. “And parents can now find full time work because we will be providing their children with care and education all day, throughout the year and that’s what parents need in order to have a good job.”