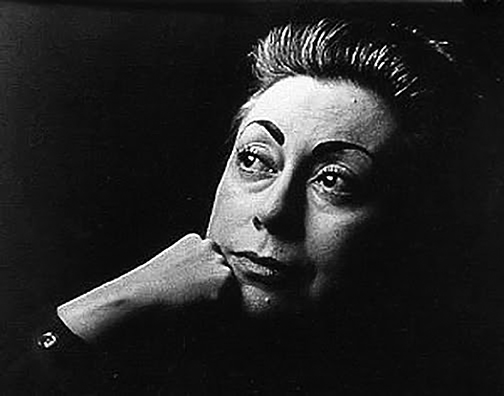 A few days ago, while the world celebrated and commemorated women, I remembered fighters like the human rights activist and environmentalist Berta Cáceres, the journalist Miroslava Breach, the activist Nadia Vera Pérez and many other unrecognized giants, such as Rosario Castellanos, the second most important writer in Mexico.

Rosario is known as the “successor” to Sor Juana Ines de la Cruz, for her literary works and defense of women. Feeling the need to tell the world that a woman has the right to think, live, desire, act and decide, she chose writing as a means to challenge gender and social inequalities.

Generalizing, I can affirm that society has taught women to devote ourselves to activities that are “proper to our sex,” to walk the streets in fear, to desire to be in a relationship with a man and to reject gender diversity. But, fortunately, we’ve also learned to read—which has allowed us to discover Rosario Castellanos, a woman who utilized the power of words to criticize societies that subject women—and to reclaim public spaces, such as rights in education and the workplace.

The author of the renowned indigenist trilogy “Balún Canán,” “Ciudad Real” and “Oficio de Tinieblas” knew how to recognize what it means to be a woman, Mexican and Indigenous. She was indignant over the unfair salaries paid to those who performed domestic chores.

In a society that was created by men around concepts designed for their own benefit, Castellanos highlighted the the supposed “inferiority” of women with respect to men, inviting women to beautify themselves with knowledge, and not with hairstyles or makeup that satisfy men and a society that didn’t respect them.

If Rosario were among us today, her heart would have been glad to know that an Indigenous woman, María de Jesús Patricio Martínez, also known as “Marichuy,” was looking to run as a presidential candidate for Mexico.

Rosario, the furious rebel, was also a pioneer who addressed the issue of feminism as a journalist. She learned about the Women’s Liberation movements here in the United States and followed them closely. She informed her public about the actions of young people, who demanded an end to the male hierarchy and who were anxious for their own autonomy, young people who felt women were capable of deciding about all aspects of their lives, of enjoying their bodies and of determining terms of motherhood for themselves.

From her first writings, Castellanos manifested an interest that appealed to rebellious women, those who separated themselves from the herd, ventured to inhabit lands that were forbidden to them, to live free of prejudice and without fear.

Is the world big? It’s big. The size of fear.

Is the time long? It’s long. Long as oblivion.

Is the sea deep? Ask the castaway.

(The Tempter smiles. Strokes my hair and tells me to sleep).

The danger of being poor or a “Loquito”

In 1968, an emblematic year where youth revolts erupted in various parts of the world, Rosario Castellanos collaborated on a piece in the newspaper titled “The woman, inferior?” In return, She turned to the French feminist philosopher Simone de Beauvoir to emphasize that the hierarchy that placed women in a subordinate position was a social construct.

Although we recognize the advances that favor us as women in these times, there is stagnation, and even setbacks. Today, the world is more violent towards women and harassment in the street, schools and workplace seems to be increasing.

The untimely death of Rosario Castellanos in 1974 didn’t allow her to see the impact of the feminist revolution of the latter half of the 20th century, nor to learn about the recent Encuentro Internacional de Mujeres que Luchan, organized by Zapatista women in Chiapas, Mexico, where she spent her youth.

If Rosario were alive today, she would not hesitate to denounce with her pen violence against women in any territory of the world, such as the recent death of Rio de Janeiro Councilwoman Marielle Franco, a sociologist and activist who was assassinated in Brazil on March 14.

In 1971, Rosario Castellanos was named the Mexican ambassador to Israel, an exile from which she never returned.

In the eagerness to take up public spaces and to celebrate among ourselves, we will pay homage to Rosario next Friday, March 30 at the Mission Cultural Center for Latino Arts (MCCLA).

Chelis López, host and producer at KPOO 89.5FM, will moderate a panel discussion on Rosario Castellanos beginning at 7 p.m. at MCCLA, located at 2868 Mission St. in San Francisco.