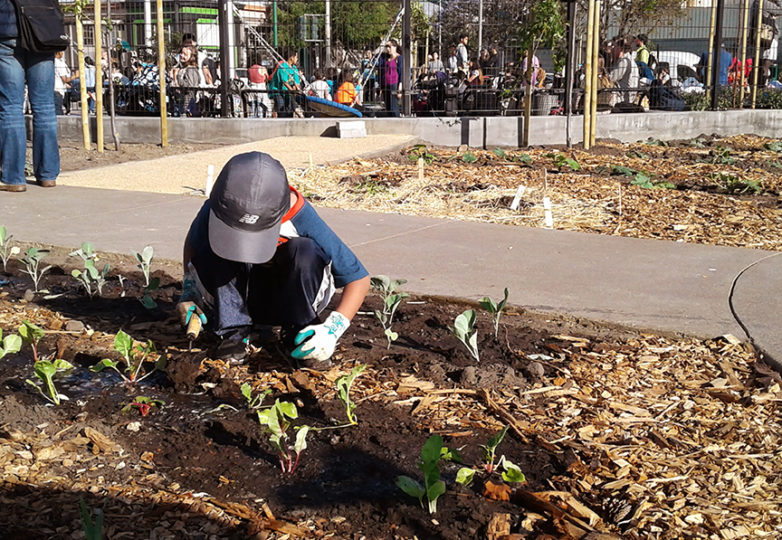 (Above) Community members plant new vegetation during the inauguration of the In Chan Kaajal park at 17th & Folsom streets. Photo: Nancy Pili 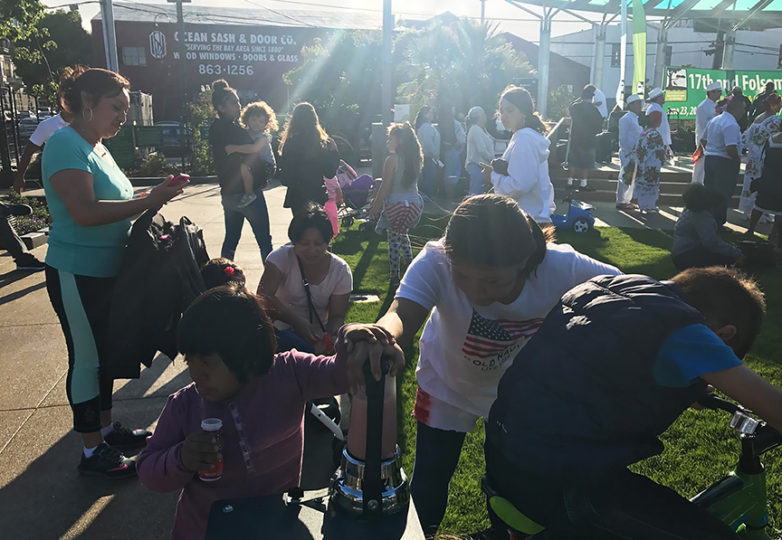 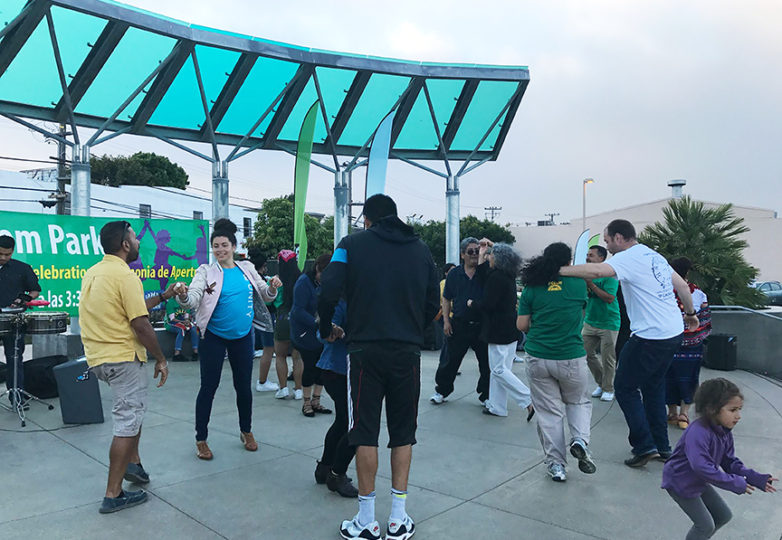 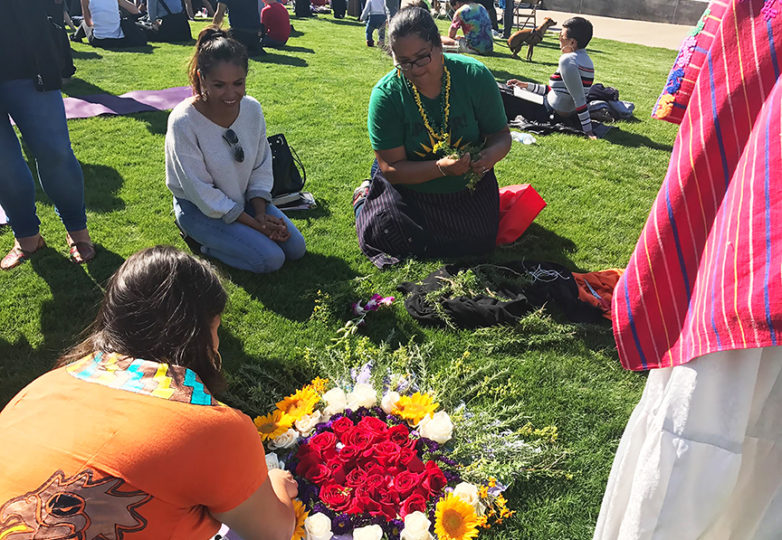 What began more than a decade ago as an idea to convert a 31,850-square-foot parking lot at 17th and Folsom streets into a community space, became a reality for Mission residents on June 23 with the opening of San Francisco’s newest park.

The grand opening on Friday evening featured a variety of city and state officials, including a representative of the mayor’s office, San Francisco’s Recreation and Parks Department General Manager Phil Ginsburg, District 9 Supervisor Hillary Ronen and the leading organizer for the project, PODER’s Marilyn Duran.

One special moment during the opening ceremony was the unveiling of the park’s name. Several community focus groups working together in anticipation to the grand opening had generated a list of 20 possible names. The name ultimately selected was In Chan Kaajal, a Mayan phrase meaning “Mi Pueblito/Little Village,” chosen to commemorate the often overlooked but still present Mayan-speaking community who have made the Mission district their home for many decades.

In Chan Kaajal is a hard-won victory for the Latino and Indigenous communities of the Mission, who have lobbied for years for its creation. Through a partnership between local community organizations, San Francisco’s Recreation and Parks Department, city and state government, $5.2 million in funding was secured for the project and construction began in early 2016.

“We held many meetings, knocked on doors, and conducted surveys to make sure that this park was going to be of value to the community”, explained Alicia Briceño, a Mayan-speaking organizer with PODER and long-time Mission resident. “We didn’t want a parking lot, we wanted a park”

Some of the park features include an amphitheater stage, a play structure, a community garden education area, fruit trees, a lawn, and decorative iron works by Chicana artist Carmen Lomas Garza.

“(The neighborhood) needed this park to help address the high number of children in the community being treated for diabetes and high blood pressure, diseases that we’re used to seeing in adults, not children. It makes me feel very touched to see our children running, climbing and staying physically active.”

One example of this effort to bring a health awareness approach into the space is the community garden that is adjacent to the playground structure. There, children will be able to participate in taking care of the garden, while also learning about the variety of crops that have been planted, many of which are indigenous to different parts of the Americas, such as sweet potato, pumpkin, chiles, zucchini and tomatoes.

Sandra Arreola, a Mission resident and mother of two, welcomes the presence of the garden in the park.

“I’m very excited about the community garden, it is very important that we teach our children learn from a young age to take care of nature and understand the importance of preserving green spaces,” she said.

There is a proposed housing development by the Mission Economic Development Agency (MEDA) that would turn the remaining space at 17th and Folsom streets into 127 units of affordable housing.

In her address to the hundreds of community members gathered for the opening, Ronen summed up the significance of the project:

“This is what it means to say we want open spaces for our community, we want affordable housing, we want to retain the history and the culture of the indigenous and Latino community that has lived in this neighborhood for so long.”