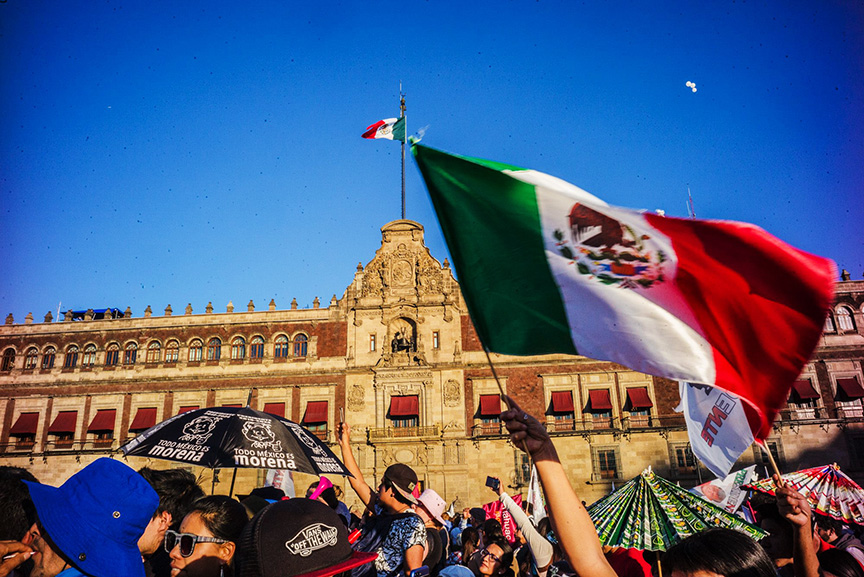 Holidays are especially hard for immigrants far away from home

I had the fortune of studying at U.C. Berkeley right in the middle of the iconic 1960s.

They were amazing years that allowed me to either witness or participate in the various movements that marked that decade: the Free Speech Movement, the beginnings of the Black Panther Party, the protests against the war in Vietnam, the magical appearance of the hippies with their brief “Summer of Love.” They were “groovy” radical years! Hope and dope in the air!

After six years in California, in 1972 I went back to Chile, my country of origin. In 1970, Salvador Allende was chosen President of Chile. Now the attention of the world was placed on that long and narrow place.

For the first time in world history, a socialist had been democratically elected. I wanted to see and taste those wondrous times!

Back in Chile, I was immediately caught in a vertiginous, beautiful—and dangerous—reality.

All over the country, there was a palpable enthusiasm, especially among the youth and the working class people, as well among the then fairly strong and educated middle class. Creativity reigned. There was music, dance, marches in defense of the government’s policies.

As it happened in the 60s in the United States, I again felt, saw and almost smelled, a pervasive scent of hope. Hope can be a tangible thing.

A growing majority of the Chilean people, historically marginalized and exploited, now dared to dream, to feel that a better world was possible.

At the same time, it was a potentially dangerous epoch. The enemies of Allende, internal and external (headed by the U.S. government, with Nixon and Kissinger in charge), plotted against the new government from the very beginning. There were economic boycotts and right-wing armed attacks.

Thus, hope was not the only feeling in the air; there were also the feelings of dread and fear. Those who had traditionally controlled the country were not about to go away and surrender the reins.

So, there was an uneasy coexistence between the fear of death and the exhilarating promise of a better life and the birth of a true democracy.

Of course, that uneasy coexistence came to an end on Sept. 11, 1973, when the Chilean army gave a military coup, installing 17 years of a cruel dictatorship under the nefarious General Augusto Pinochet.

It was AMLO’s third try at the presidency. This time, in 2018, AMLO received close to 60 percent of the votes. His left-leaning party, MORENA, took control of the government.

As it happened in Chile in the 1970s, a much larger majority of the Mexican people, historically marginalized and exploited, today dare to dream, to feel that a better world is possible.

As my wife Azucena (who is Mexican) and I watched AMLO’s swearing-in ceremony on TV, I became transfixed with the similarities that appear to be happening between the new Mexican government and the government of Salvador Allende … who also became president on his third try.

Azucena, much younger than I am, had not lived the heady times of the 1960s in Berkeley, or the brief, beautiful and ultimately tragic times of the Allende and post-Allende years in Chile. She had not smelled hope.

Thus, as López Obrador went through an awesome list of promises for a better Mexico—We’ll lower the salaries for the ones on top and will raise them for those on the bottom; The government will no longer be a committee serving a predatory minority; We’ll put an end to corruption—Azucena exhibited what I believe it is a healthy dose of skepticism. After all, Mexico has been in the hands of corrupt governments for over 70 years!

Nevertheless, there was no denying the allure and drama of the ceremony that took place at the Zócalo, the main Plaza of Mexico City, following the “official” Mexican Congress ceremony. At the Zócalo, AMLO was the center of an unprecedented alternative Indigenous ritual.

Some beautiful images were shared to the entire world, perhaps beginning to fulfill another of AMLO’s promises: to put Mexico’s great Indigenous minority in the forefront of eradicating inequality. Representatives of some of the 68 indigenous Mexican groups took center stage.

Perhaps the most moving instance took place when AMLO—as he was being cleansed by the incense held by a weeping Indigenous leader, who knelt in front of him—proceeded to kneel himself, placing himself at the same level, eye to eye. It was a clear sign of respect.

What is going to happen to AMLO and his new government? Will he be able to fulfill his many promises? Will the United States interfere, as it has traditionally, to prevent much-needed change from happening in Mexico?

Mexico is a marvelous country, one that has historically provided asylum for people coming from all over the world. Will the new AMLO government deal in a brave and honorable way with the current asylum seekers, those who are coming from Central America? Will the show of respect for the Indigenous communities of Mexico become a reality? Will the scent of hope, clearly filling the air of Mexico today, become an enduring truth?