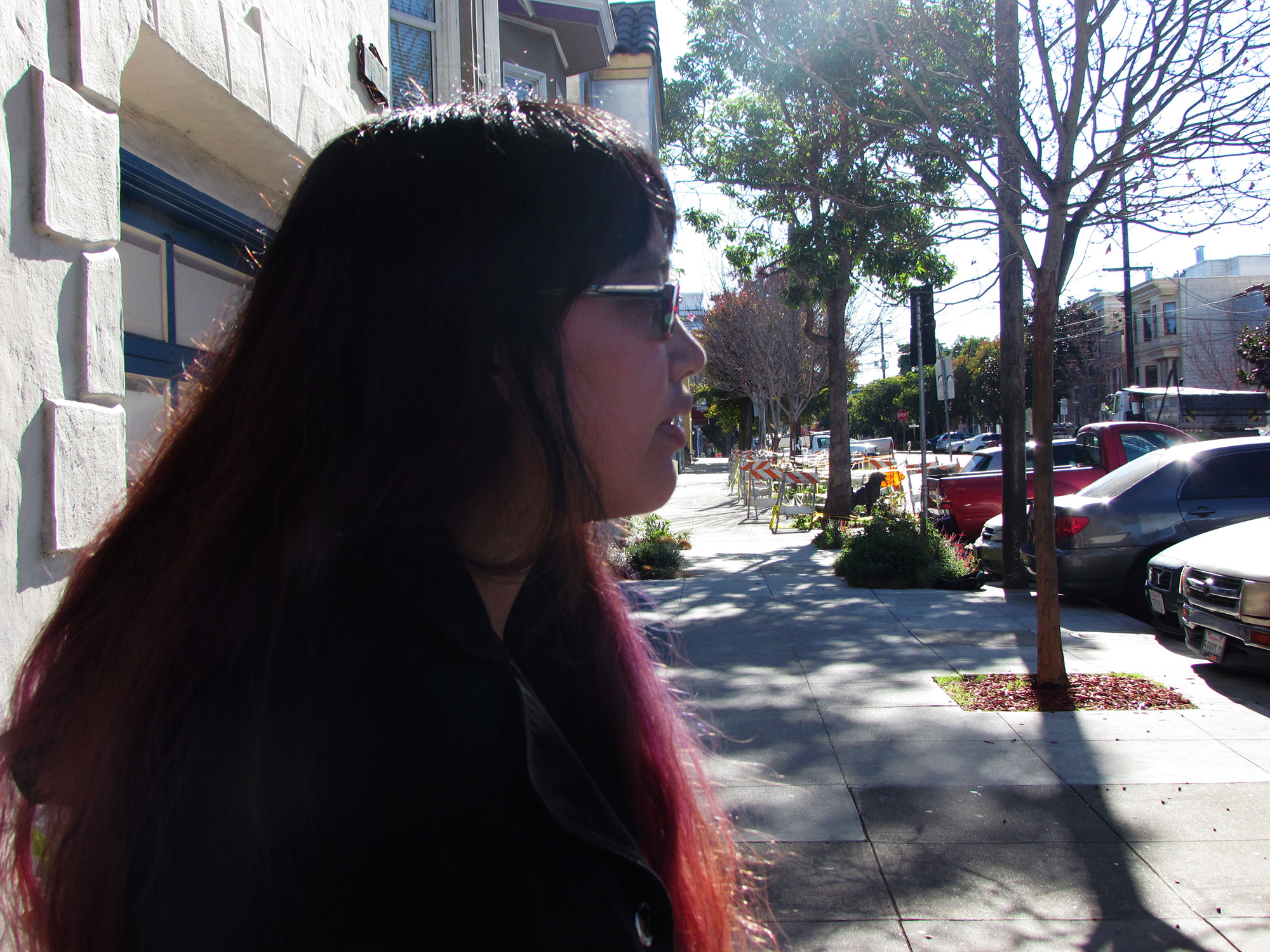 But in 2007, Jenny’s visa expired. As an undocumented immigrant, Jenny found it hard paying for college—and that took its toll.

Attending the University of Illinois at Urbana-Champaign, Jenny didn’t have much difficulty with academics, until her last semester.

“I think I got really depressed because I knew I felt very isolated,” she said.

Her parents paid for her first year of college by selling one of the homes they had invested in. After a family friend decided not to co-sign a loan for her third year, Jenny said she wasn’t able to pay her tuition. With her depression intensifying, Jenny sought help.

“I tried talking to some school admissions counselors, but like I said they were all unhelpful,” she said. “They didn’t know how to deal with the situation. They told me to go see like a therapist or something.”

Several mental breakdowns followed. When Jenny’s manic episodes would disrupt class, her professors called her “immature.” She described her teacher’s lack of acknowledging her depression as insensitive.

“Paying for tuition was just so stressful and like me, feeling so isolated, caused some like psychotic breaks with reality,” she said.

From 2009 through 2010, Jenny said she was diagnosed with bipolar disorder. From the stress of being undocumented, Jenny was hospitalized four times, and arrested and sent to jail three times on charges of theft, trespassing, and property damage, all for which she was acquitted.

Jenny had these mental breakdowns around 2009, prior to DACA being initiated. And with DACA having been terminated in September, Jenny now wonders what the future holds for her mental health.

“I’ve been trying to figure out…you know…like how am I going to survive,” she said. “Because I recognize this is like the exact same circumstance that led to me breaking down before.”

Mental health is a huge issue in the immigrant youth community, according to Jorge-Mario Cabrera, communications director of the Coalition for Humane Immigrant Rights.

“Because of the politics that surround DACA and the possible end of an era of dreams, the future for many DACA recipients seems bleak at the moment,” wrote Cabrera in an email.

He also wrote that at the community level, “the availability of mental health services to address the needs of undocumented immigrants, the trauma that this status presents, is almost zero.”

Jenny currently works as a Software Development Engineer in Test and goes to Depaul University in Chicago, where she studies Computer Science.

She credits DACA with granting her a sense of belonging.

“Being able to join the workforce was a great psychological benefit,” she said. “I finally had the freedom to do regular things with my friends and know what it is like to just live as a regular human being in America. It didn’t feel like the odds were stacked so heavily against me.”

And although the future might seem bleak at the moment, Jenny has found comfort, support, and purpose as an activist for immigrant rights and through talking about her mental illness in Chicago.

Through participating in the Occupy Chicago protests, applying for DACA in 2012, and getting into tech, Jenny said she’s gotten better.

Activism has been an outlet for many DACA recipients.

Diana, a 20-year old DACA recipient and student from Rio Hondo College in Whittier, California, is a member of the Coalition for Humane Immigrant Rights. She was one of 13 undocumented youth who joined a three-day fast for the DREAM Act, from Dec. 5 to Dec. 8. Diana has a goal of becoming a mental health professional.

“The current situation is hurting us physically and mentally. Our lives are already on the line,” said Diana. “We don’t know what our future holds. Without a permanent solution like the DREAM ACT, our futures are in peril.”

As for Jenny, she said being undocumented, or DACAmented, and having a mental illness is like having an invisible condition. But, she reiterates, talking about it helps knowing you’re not the only one associated with a stigma.

“I just mostly want to say to other DACAmented people…you’re definitely not alone.”