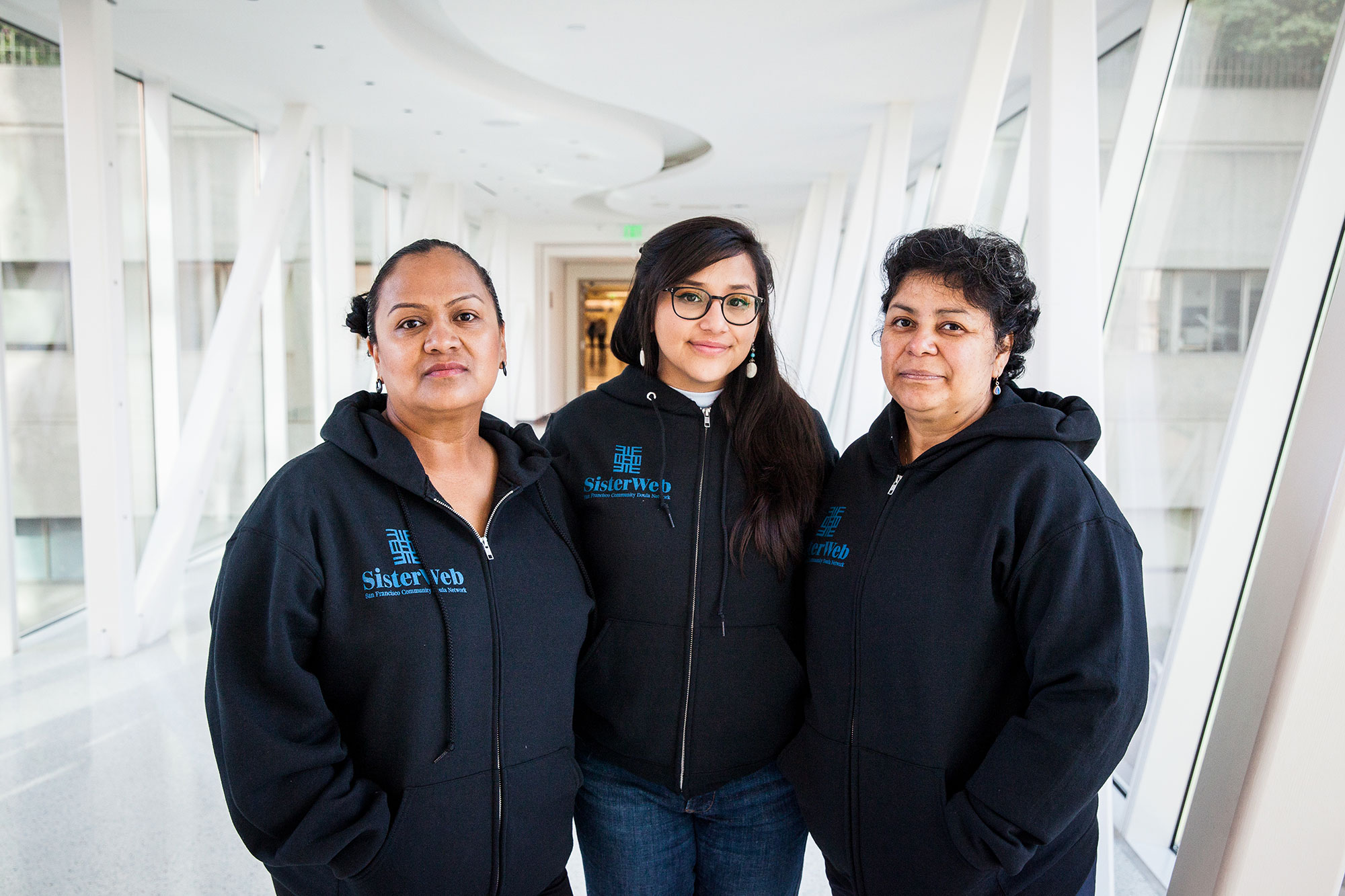 Sweet Victoria! Beloved panaderia reopens at new location a year after being evicted

Blanca Galicia knows all too well what it’s like to be alone during what is one of the most vital times in a woman’s life: pregnancy.

“I became aware of the horrible conditions and loneliness that Latina immigrants experience here [in San Francisco],” Galicia said. “That was my experience as well.”

It was those very same conditions that motivated Galicia to assist others like her.

Today, Galicia is a Doula through SisterWeb’s Telar de Comadres program, which aims to train, mentor and foster the leadership of Spanish speaking, Latina doulas.

“We are women that support other women,” said Galicia, describing the role of a doula. “We give support to [pregnant women]—emotional, moral, familial support. We used different techniques, such as  the use of oils, different birthing positions, massage, to assist them.”

Nationwide data shows that there is a disparity in birth outcomes for women of color. At the local level, adverse birth outcomes have been shown more frequently to impact African American, Pacific Islander and Latina women.

In San Francisco, there is a a call to action to address these maternal mortality and preterm birth outcomes. One solution to this epidemic has been to provide funding to pay for certified birth doulas to assist pregnant women.

In collaboration with the San Francisco Department of Public Health (SFDPH) and Expecting Justice—program of SFDPH that aims to improve maternal and infant health among Black and Pacific Islander communities—the SisterWeb San Francisco Community Doula Network is filling the need for training community doulas to work alongside the most vulnerable women in our city.

SisterWeb is a community-based collective that connects marginalized women to culturally suitable doulas in their community who are specially trained and financially compensated to provide doula support, at no cost to the mother.

An aspect of their work that is unique is that a component of their collective is to train, mentor, and foster the leadership of Spanish speaking Latina doulas through the Telar de Comadres program. It is estimated that nearly 1 out of 8 Latina births in the United States are preterm births.

For Telar de Comadres, being a doula goes beyond supporting the birth of client’s child.

“A doula is there for the whole experience,” said Elena Mariscal,  a Telar de Comadres doula. “A woman can find a doula anytime during her pregnancy. We accompany [the client] with whatever she would need. If the doctor is saying you need to eat better but you don’t know where to buy certain health foods, a doula would accompany her to make that connection. There are neighborhood resources like Good Samaritan, right next to [San Francisco General Hospital], and many people are unsure whether to utilize their services. It is difficult to be an immigrant, a Spanish speaker—to ask for that help.”

Many doulas have witnessed appalling conditions in San Francisco that motivate them to be in this work.

“The system that is here where a woman finds herself completely alone, especially for those who do not have the support of family,” said Galicia. “It’s devastating to see the conditions our community are living in—in garages, in tiny mildew-infected rooms. It’s difficult to see how they are living. It’s so expensive. I hope that with new buildings being built that they prioritize mothers with children.”

SisterWeb is working with San Francisco General Hospital to carry out an eight-birth pilot with Latina mothers receiving prenatal care through the Mission Neighborhood Health Center. The doulas have been brought on as independent contractors.

The three Telar doulas, who are participating in the pilot program, will receive ongoing mentorship from the SisterWeb doula mentors as they support their clients. The Telar doulas will be present for prenatal appointments, the birth, and four postpartum visits. This pilot will be included in a external evaluation by U.C. Berkeley researchers and with the hope that the evaluation can show the need to fund this program beyond the pilot, which is currently being funded by SFDPH.

But there is a need to continue financing this work beyond the pilot program. A focus of the collective is to empower these women to start their own doula business so they can financially support themselves to live in this area and thrive in this work.

“I understand that we are walking a path that many women have walked, like our grandmothers,” Mariscal said. “It’s about reclaiming traditional ways. We accompany and support a natural process. It’s become a privileged service. To be Latina and provide services to other Latinas feels powerful.”

For more information on SisterWeb, the collective can  be reached on at Sisterweb.org

Matriarchs key to changing health habits for blacks and Latinos